My epic travels continued after I arrived on Isadou Island, where I tried some delicious Amazon food in Suriname, took a tour of the island and hotel, and got to see some of the local wildlife! Come along with me as my Surinamese adventures in the Amazon continue! 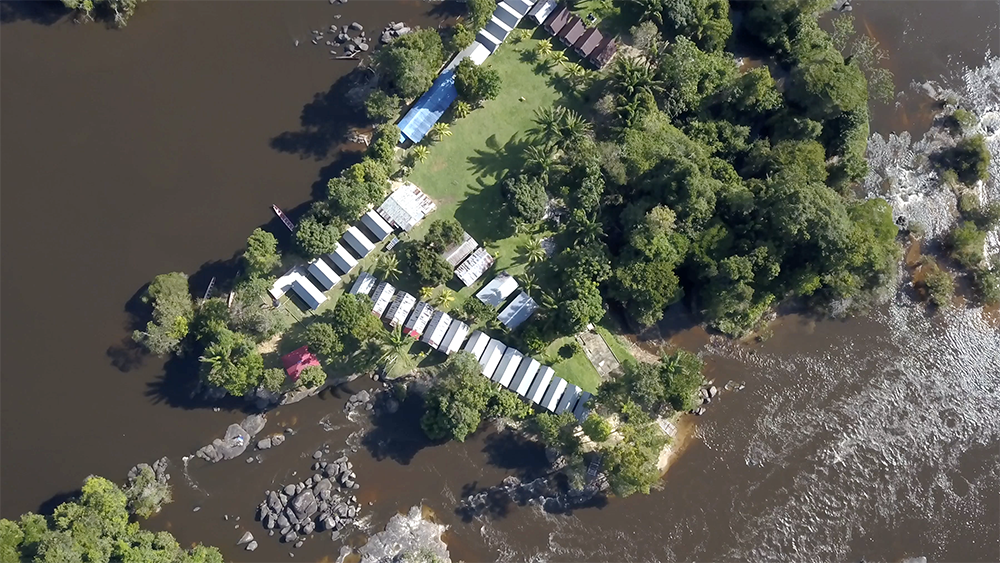 Isadou Island is located about five hours south of the capital of Paramaribo. It’s a resort island in the middle of the Suriname River. It’s extremely beautiful and kind of reminded me of my time in the San Blas Islands in Panama. There are 28 bungalows on the island. Three of them have two beds, while the others have four beds. You can also eat there and even take a bath in the river!

My afternoon on the island began with me giving a tour of my bungalow. The toilet, sink, and shower are right there as soon as you enter! Past them is a room with two beds with mosquito netting over them. There’s a small terrace with a couple of chairs and a hammock outside, which looks out at the river. Then, it was time to try some Amazon food in Suriname! 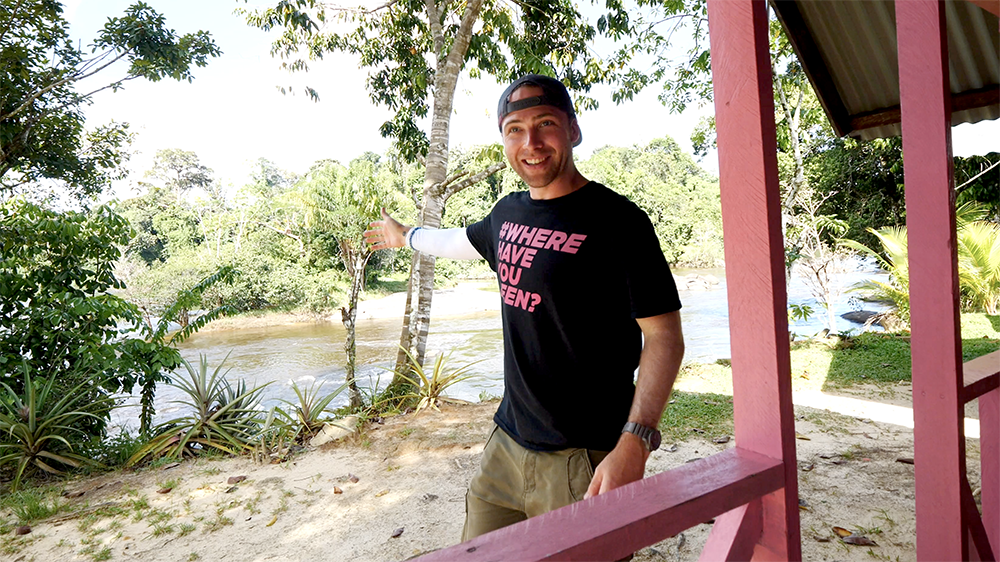 Then I went to get some lunch with my friend and guide Imro from Jenny Tours. Lunch consisted of rice, green beans, some vegetables, chicken, and cucumber. The green beans were amazing! They were so tasty and earthy. The bitter melon greens was like a soupy, spicy coleslaw. The chicken was also fantastic and had a sweet and delicious, Asian-inspired marinade on it. All of the food is grown and raised locally! Amazon food in Suriname is organic and really incredible! 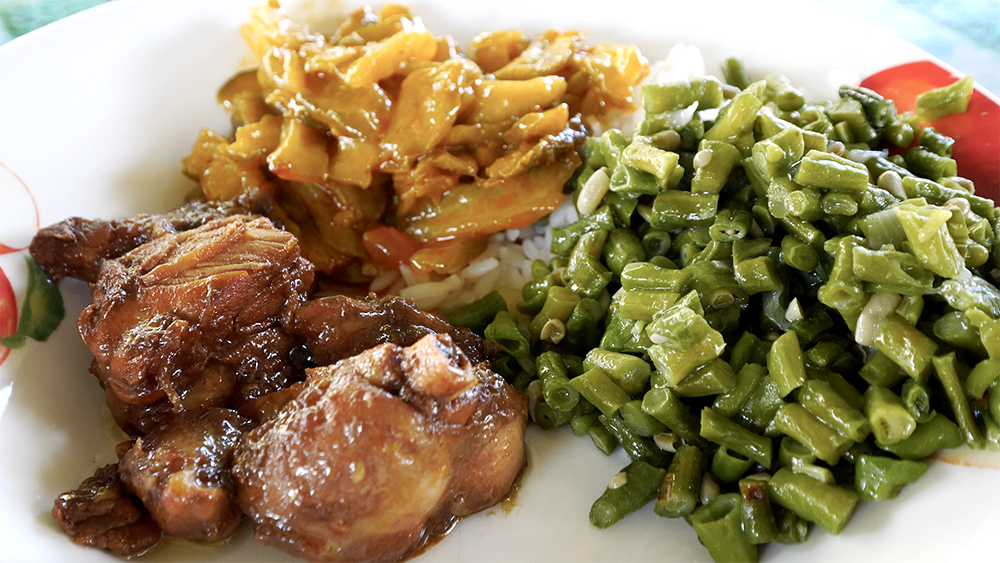 Then, Imro went to go jump in the river. There’s an area with flowing water where you can avoid anaconda, caiman, and piranhas. There was a long sunshower happening, but it was OK. I debated whether I should join him! Instead, I went to an observation deck with 3 hammocks overlooking the river. This island is so sick!

At six o’clock, you put your mosquito net down over your bed. Then it was time for dinner! 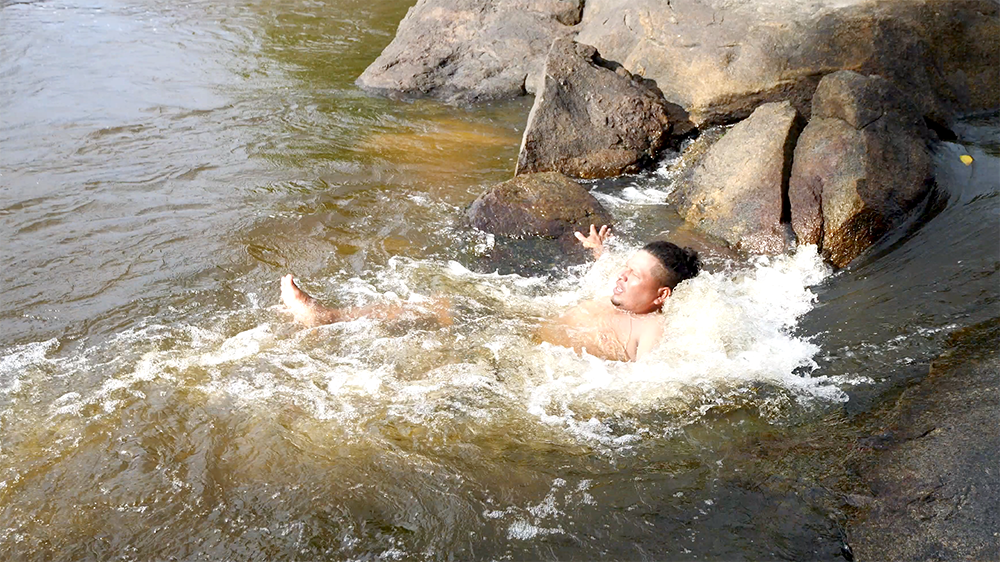 On our way to dinner, Imro showed me a cacao tree and a calabash tree. It would just be the two of us because we were the only ones there. I was hoping to see some caiman at night after dinner. 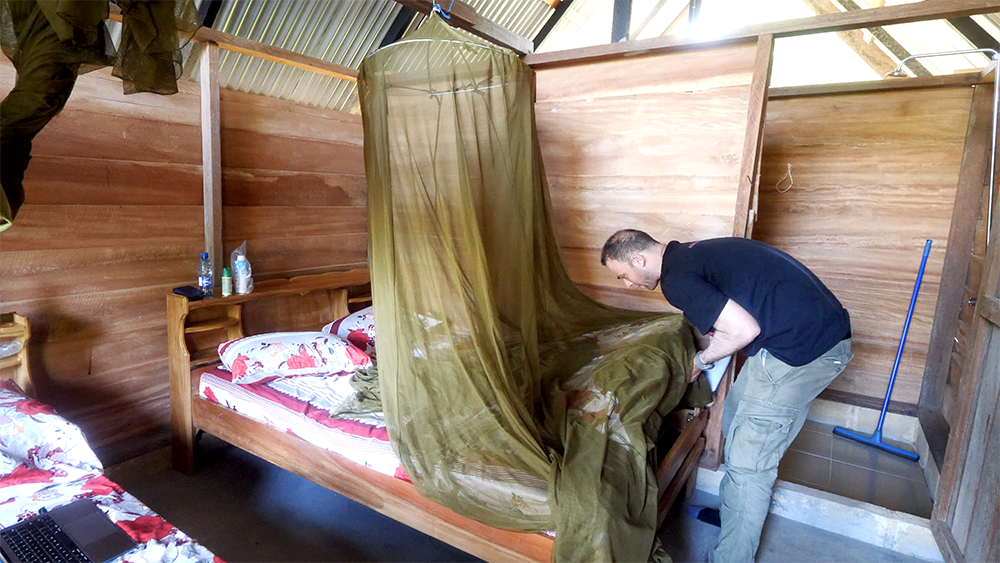 We went back to the open-air dining hall, where we had some beer before more Amazon food in Suriname. I had a Guinness Foreign Extra stout. Then, a woman arrived carrying our dinner on her head! 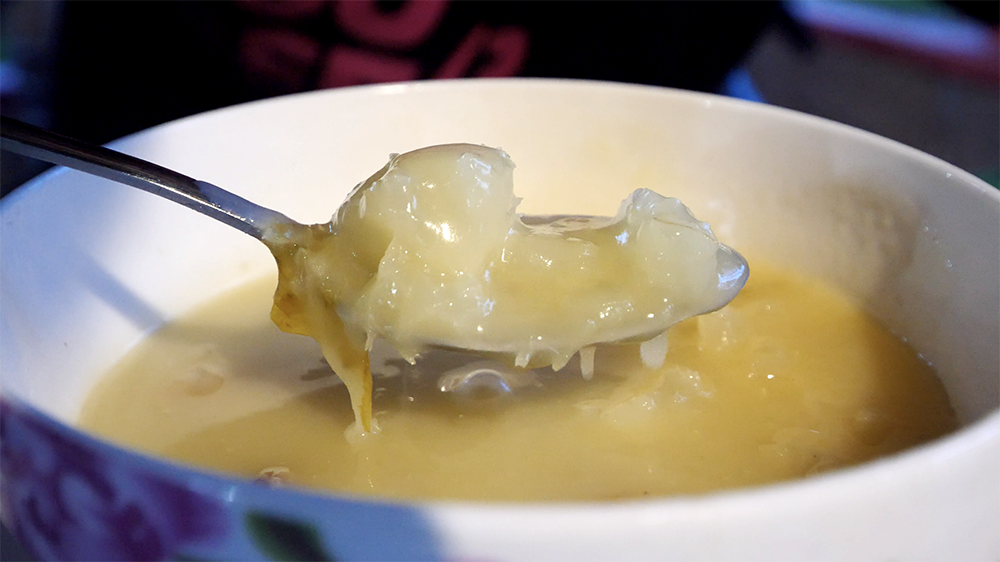 Dinner consisted of casaba soup with rice and chicken. I’d never had it before, so I couldn’t wait to try it! It was super thick and the casaba reminded me of yuca. I think they’re the same thing! It came with a huge chili pepper. I scooped out the seeds and mixed them into the soup, which made it really spicy! The Amazon food in Suriname was so good!

After dinner, we waited a bit to go out to see the caimans, which come out around 8:30 p.m. At 9 p.m., we headed out into the pitch dark. There was no light pollution, so we could see the stars really well! We headed to the boat at the dock and put spotlights on our heads. 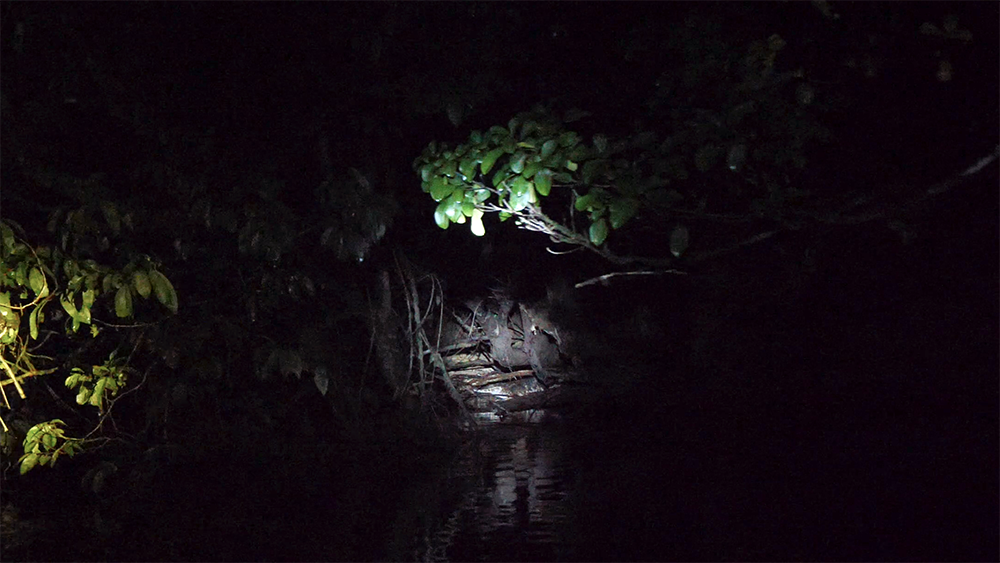 Going out on the river was such an awesome adventure. We saw a swallow and a caiman, which disappeared right away. I could see eyes reflecting the light from my spotlight. We spotted a big caiman in the bush. We saw 3 caimans in total, including a 5-foot-long monster! 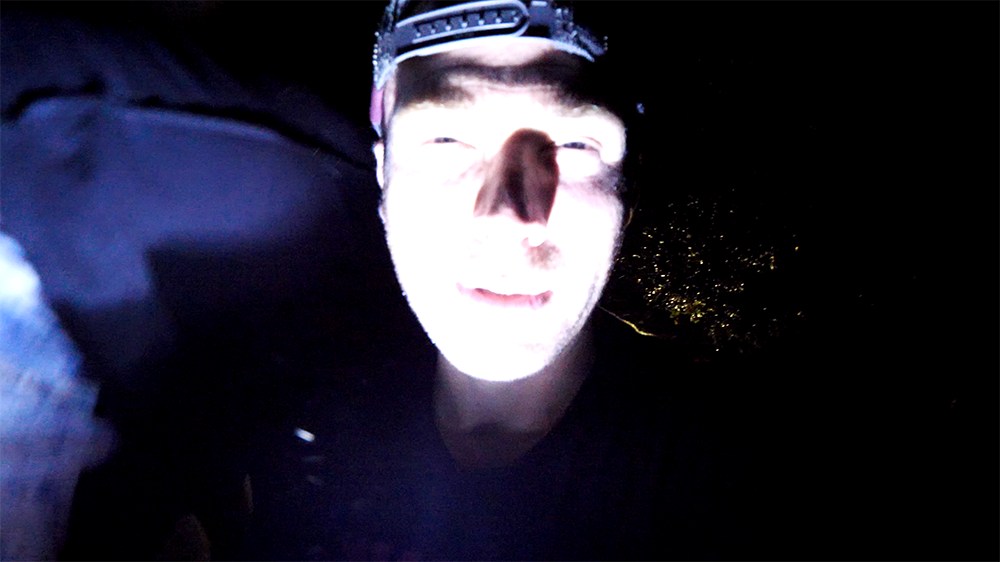 I hope you enjoyed coming with me to explore Isadou Island and have some Amazon food in Suriname! If you did, please give this video a thumbs up and leave a comment below. Also, please subscribe to my channel so you don’t miss any of my upcoming travel/food adventures!