As my last full day in Suriname continued, I linked up with my boy Roël from Jenny Tours, who took me out on the Suriname River to see some pink dolphins! After that, come along with us to try some insane Suriname plantation Indian food and see some caimans in the wetlands! 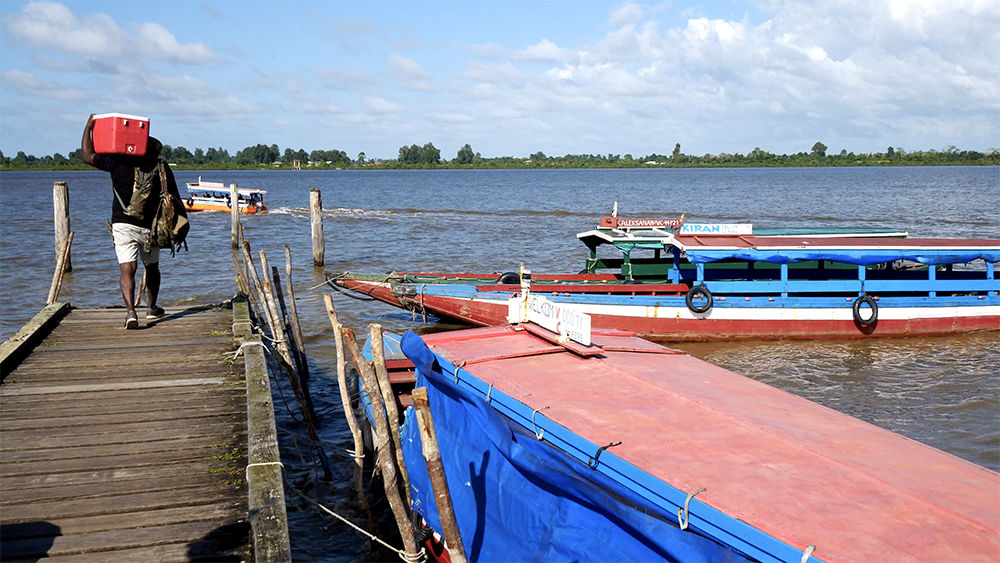 We started our adventure on the river, where we put on some camouflage life vests and boarded our boat! As we rode out to look for the dolphins, we enjoyed some beers. I was told we’d have to have a lot of luck in order to spot them, but I was hopeful!

We reached the confluence of two rivers, where it’s usually rough, but because the tide was high, it wasn’t so bad. We spotted some dolphins in the water. I could hear them as well! They were splashing and jumping along the surface. There were at least 8 or 12 of them, but they usually steer clear of the boats. They’re the smallest species of dolphin in the world and are very shy. It’s crazy that we were only 20 minutes from Paramaribo! 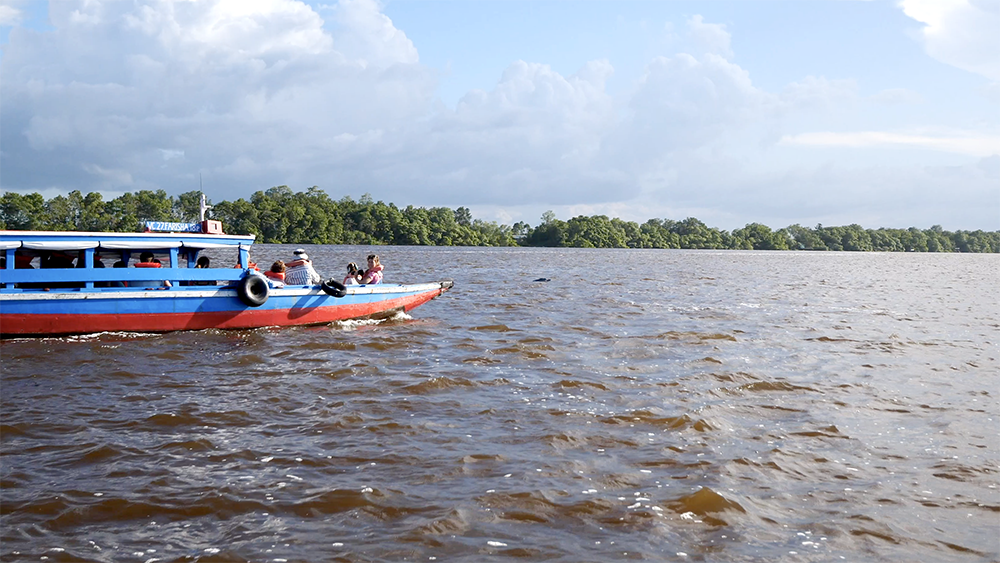 We spent an hour out on the river, and then we headed over to our boat captain’s plantation. His family is of Indian descent, so I couldn’t wait to eat some Suriname plantation Indian food. We reached a small village and landed, and I got to meet some of the locals! 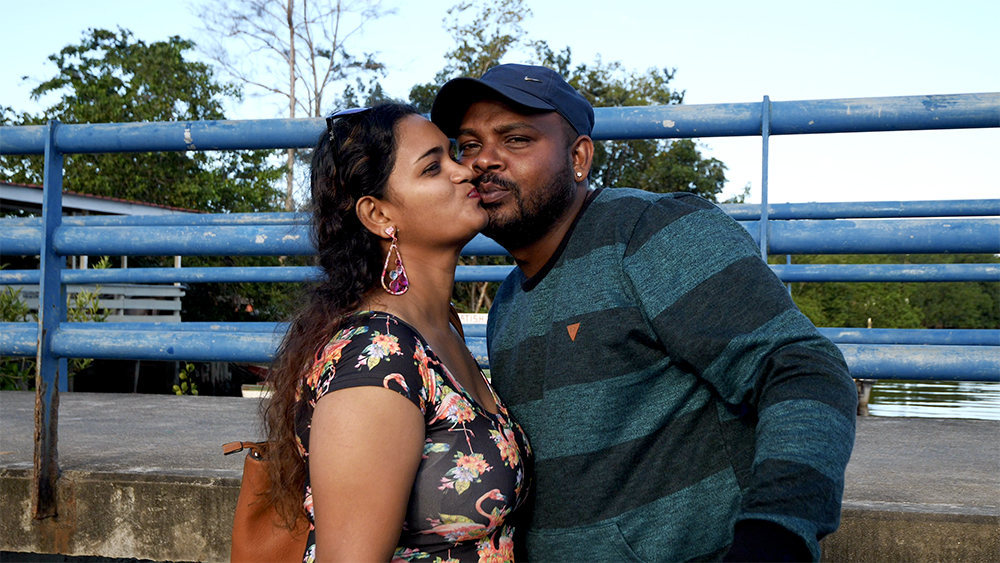 The village is home to lots of people of Indian descent. They were super friendly and one of them even sang for my camera! From there, we got on a small, motorized canoe and headed through the waterways of the mangrove swamp. It looked like I was in Goa or the backwaters of Kerala! 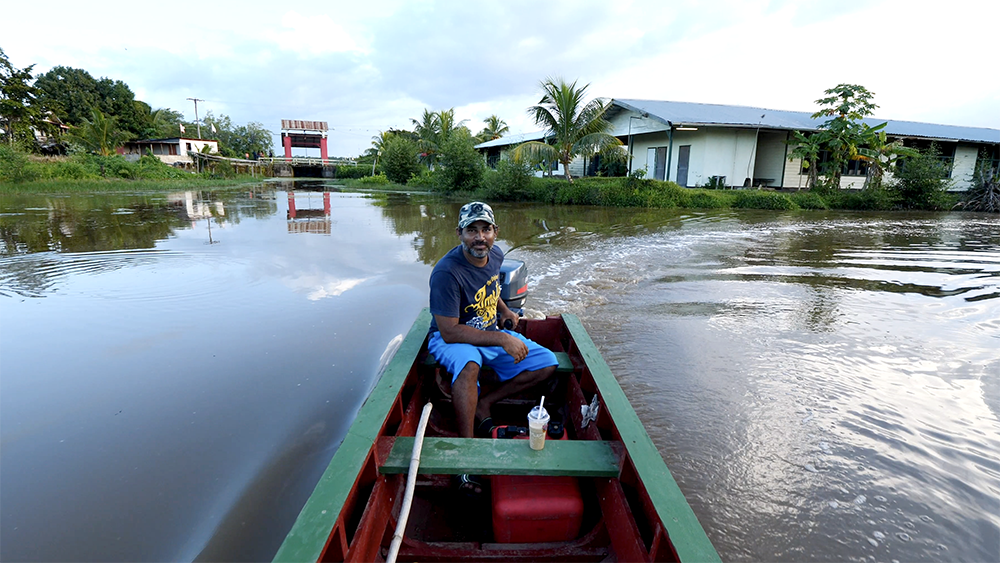 I reached the plantation, where I played with a cute dog and saw a kid wearing a Spider-Man shirt! Then I met our boat captain’s mother, who made us some roti, aloo with greens, and chicken curry! It looked so good!

I dug right into my Suriname plantation Indian food dinner. The roti was still hot! I went for the aloo first, and then Roël gave me some hot sauce. It was really hot. I can’t eat food without any spice. Then I went for the chicken. It was so fresh and had some delicious masala on it. There were tons of bones in it, so I pulled it apart, separated the bones, and wrapped some in the roti. So good! 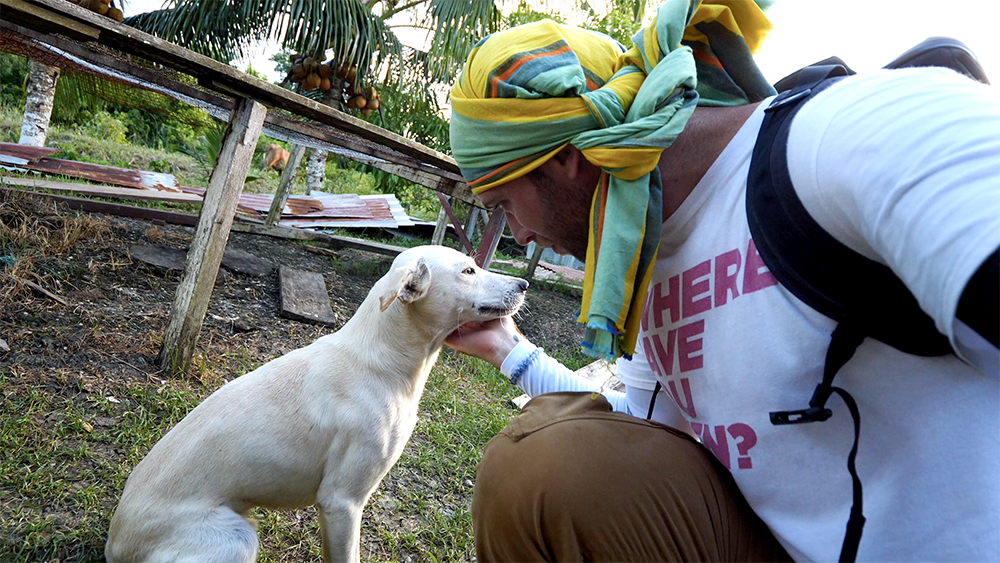 The roti was thin and airy like a crepe. I was loving the chicken! And the roti here in Suriname was next level. I couldn’t get over how fresh the chicken was. It had my mouth watering, it was so good! 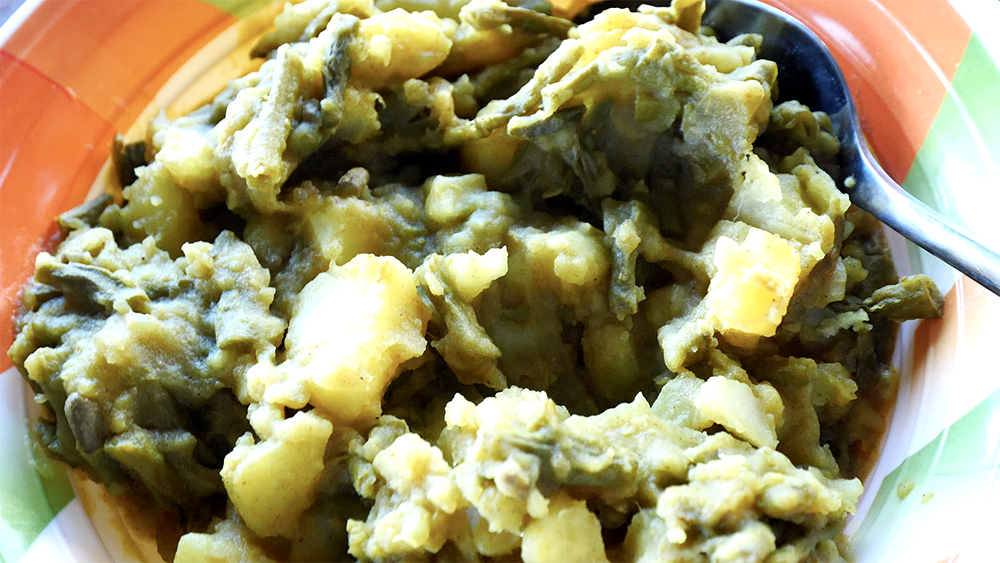 In India, they don’t pack lots of food into each bite, but I had to! After our Suriname plantation Indian food dinner, I was stuffed. We hung out with some locals afterward. I was loving how much this area of Suriname looked like the backwaters of Kerala! We waited for the sun to set and then headed out to look for caiman! 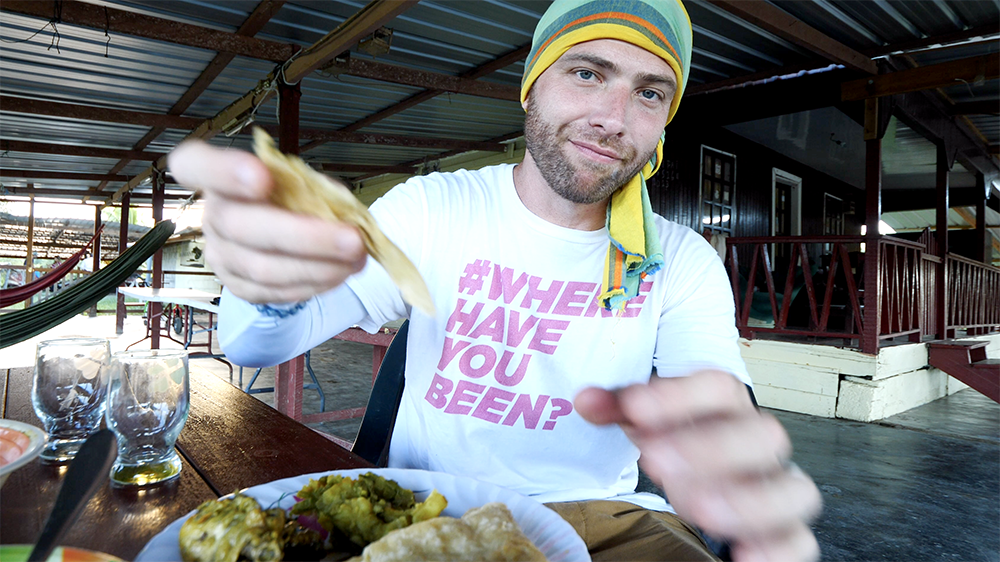 Roël put on a headlamp and we got in the boat. I suggest wearing long sleeves here. There are tons of mosquitoes. You should spray your entire body to keep them away. 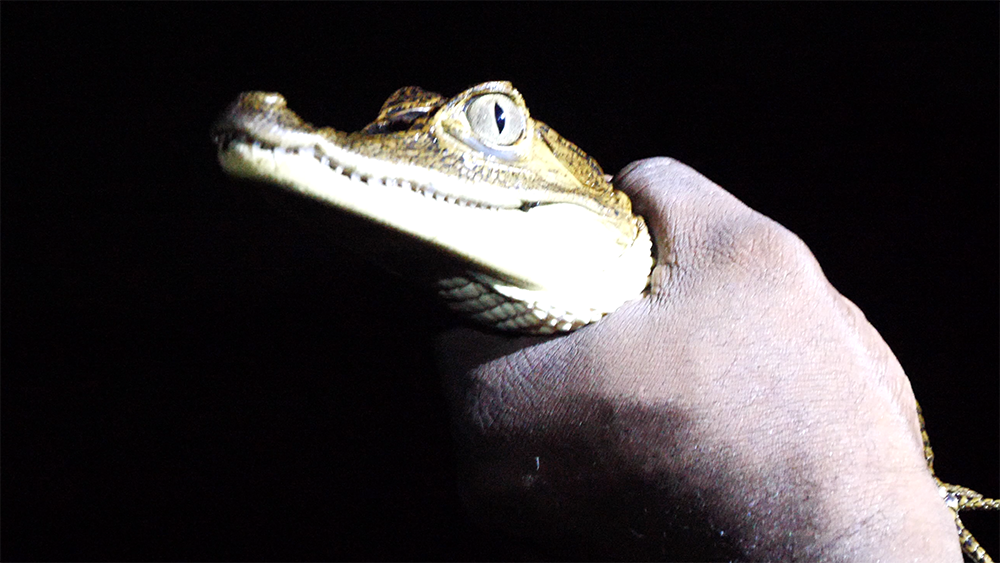 You have to look for the caimans’ eyes reflected in the lamp. We passed under a low bridge, so I had to lay flat in the boat as we passed underneath it. We spotted our first caiman. Roël attempted to grab it, but we spotted another smaller one. Roël caught him. He was about 15 inches, but they get about 2.5 meters. I got to hold him for a minute and then I let him go.

We caught a second one, almost 2.5 feet long. He had some fight in him! We called it a night after the mosquitoes kept attacking me. What an incredible day! When you come to Paramaribo, you have to book with Jenny Tours. They offer the best tours and they do it right! 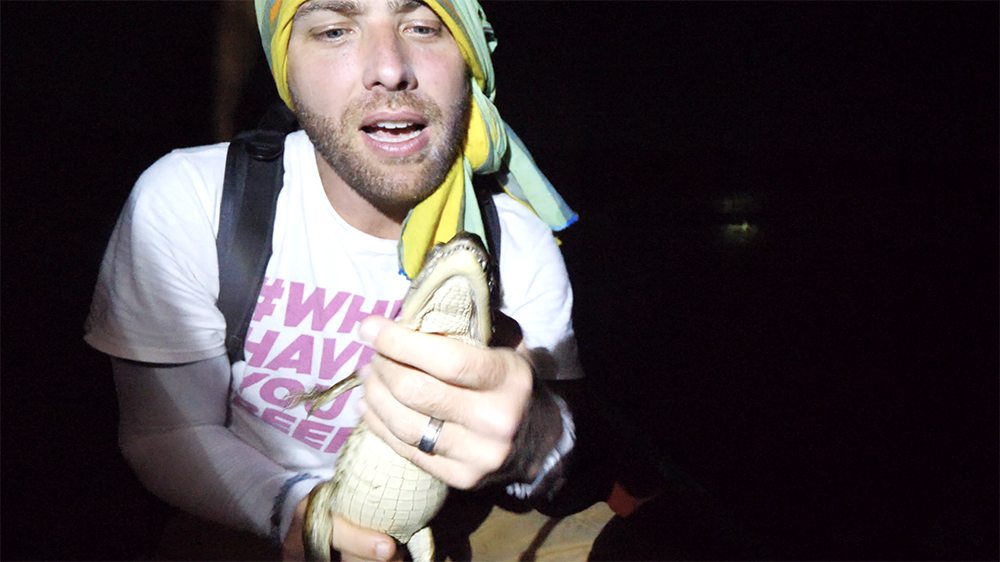 I hope you enjoyed coming with me to get some Suriname plantation Indian food and seeing the pink dolphins and caimans! If you did, please give the video a thumbs up and leave a comment below. Also, please subscribe to my YouTube channel so you don’t miss any of my upcoming travel/food adventures!