With my time in Suriname officially at its end, it was time for me to make my way back home to Miami. Come along with me as I fly home and give my Surinam Airways business class review along the way! 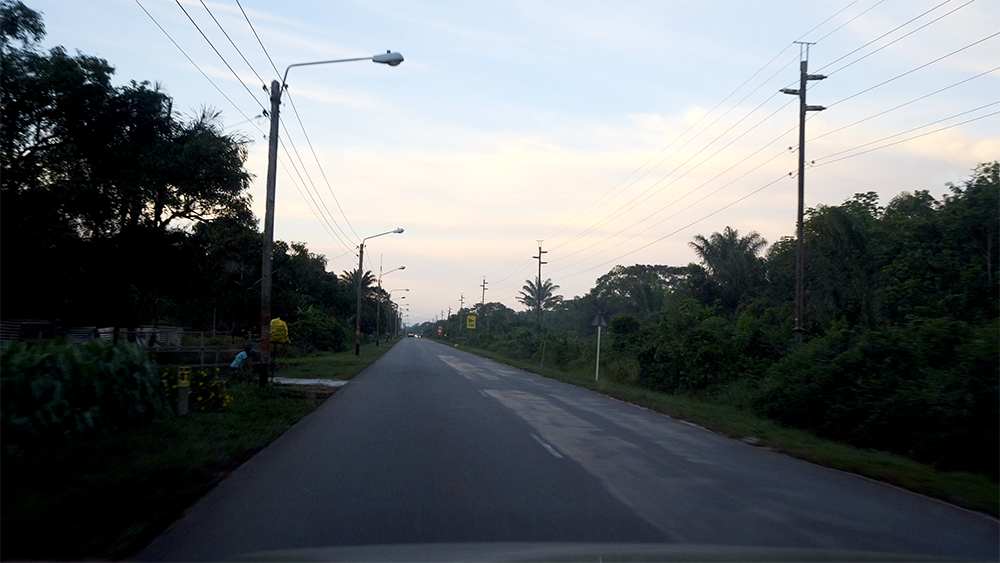 My day began at my hotel, the Royal Torarica. I had been exploring Suriname for 10 days and the country blew me away! The country is a huge melting pot, with people of Amerindian, Dutch, Indian, Indonesian, Chinese, and African descent all living there. The diversity is reflected in the food, which is out of this world!

I had to travel about 60 minutes to the airport, catch my flight to Aruba, go through U.S. customs there and get my bags again, and then continue on to Miami. It was going to take me about eight hours in total, which wasn’t bad. I’d be reviewing the flight along the way! 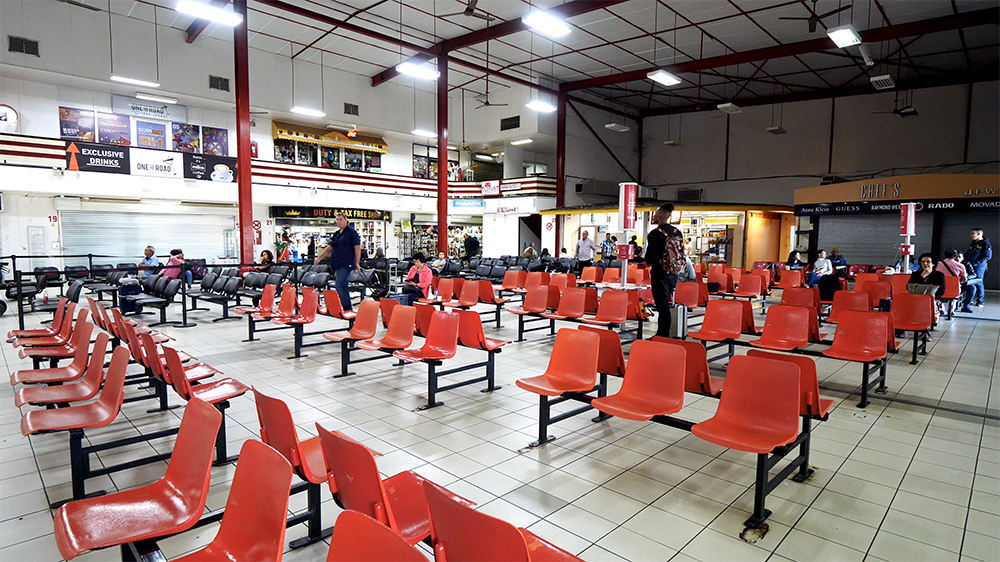 I grabbed my bags and paddles and headed downstairs. It was Monday morning. We passed a ton of cars coming into Paramaribo – people heading into town to go to work. I had heard I should get to the airport early. As we continued on, the sun rose completely. My awesome driver got me to the airport in just 45 minutes! 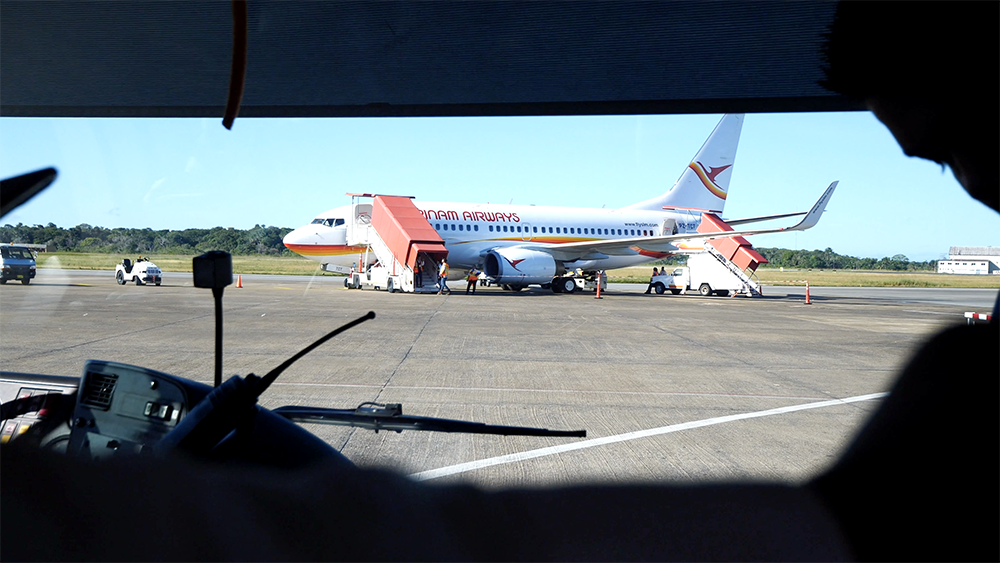 I had a quick trip through the business class line and hoped I wouldn’t have any problems with the box with the paddles. I didn’t have any issues and went through security to the huge sitting area. There was only one gate. I went to the gift shop to get some things for my family and then looked for a business class lounge.

Check out my VIDEO: Javanese Indonesian Food You Must Try in Suriname | Paramaribo, Suriname

I found it on the second level. There was some food, coffee, and liquor. I chilled and had some coffee. I didn’t want any alcohol this early in the morning. After that, I got on the bus, which took me to the plane. We were probably going to be a little late taking off. I decided to kick off my Surinam Airways business class review as soon as I boarded. There were only 8 seats in business class. It was completely full! It would take about 3 hours to get to Aruba. 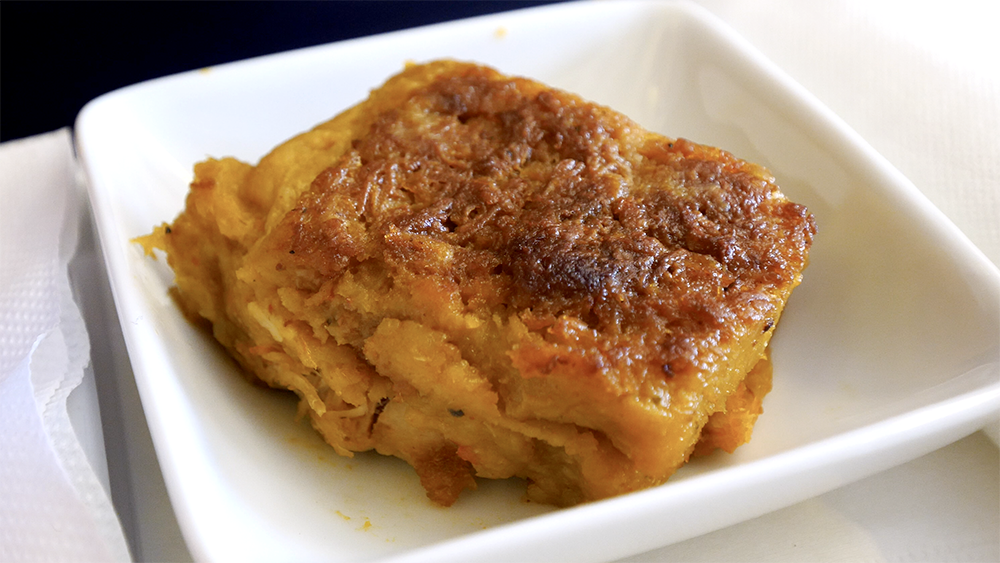 For breakfast, I had pom, bread, mashed potatoes, and yogurt. I also got some orange juice! I put the pom inside the bread to make a sandwich. It was great! It’s like a chicken salad made with roux. In business class, they give you a nice blanket, so I took a nap. 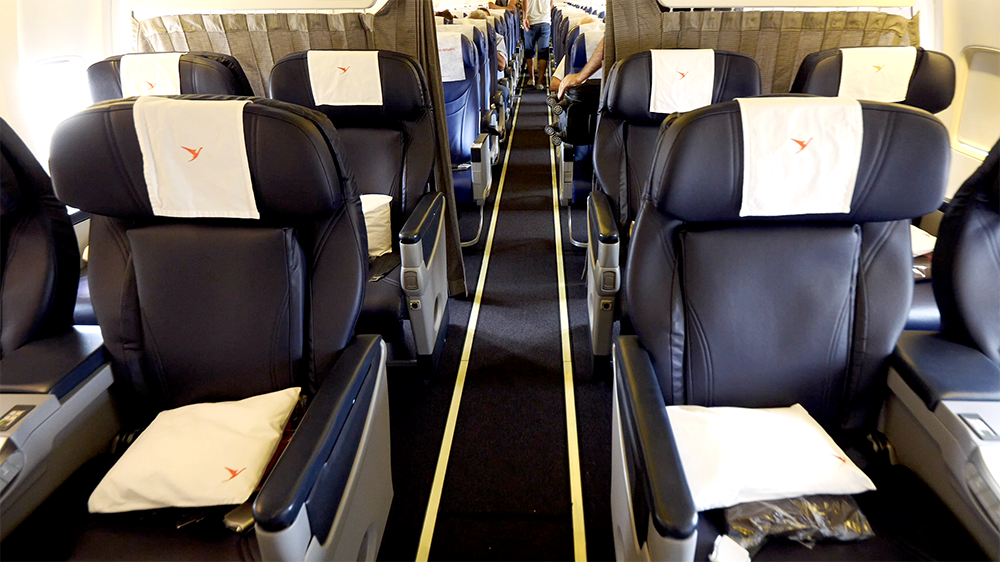 We arrived in Aruba. I had a quick connection, so all I had to do was get my luggage, check it back in, go through Immigration, and continue on to Miami. It was crazy, I had just been in this airport just a few months earlier with my wife and kids. I went through security and through the main gates, got my bags, went through U.S. customs, and then was cleared to go on to the plane.

Check out the 5 Reasons to Visit Isadou Island, Suriname

They let me into the VIP lounge and got a nice beer for 45 minutes before my flight. Back on the plane, I continued my Surinam Airways business class review. I had the same seat as before. The woman who had been sitting next to me was no longer there, so I also had the window seat, so I’d be able to look out the window. I was super hungry, so I got lunch: fried rice with chicken, bread, Borgoe rum with apple juice, and a chocolate cookie. 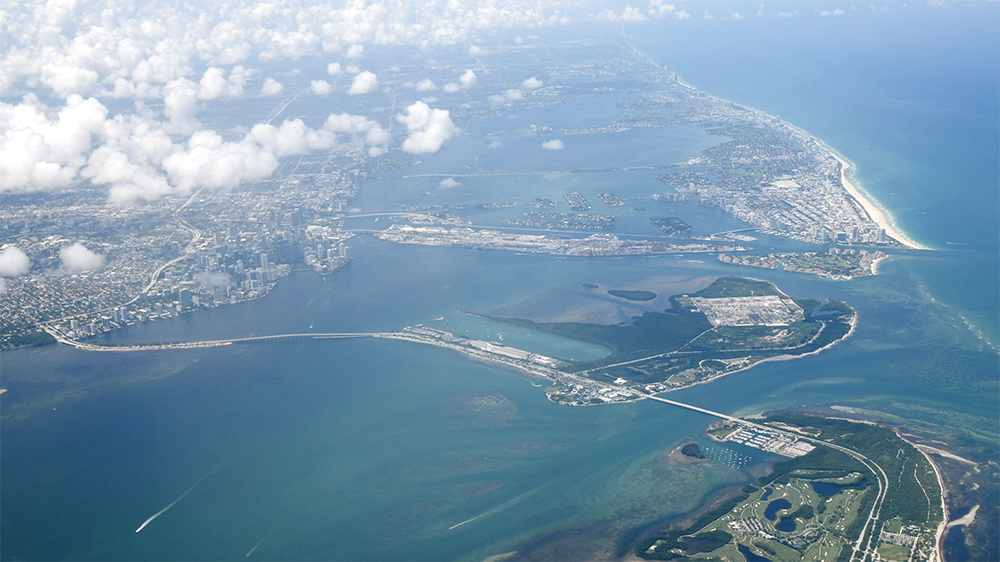 It was basically nice, Chinese fried rice and the chicken had some nice flavors. I wrapped up my Surinam Airways business class review with the meal. After that, I would just chill, maybe read a book, and pass out. About three hours later, I was back in Miami! What an epic day to end an epic trip! Suriname is so incredible and so different. It needs to be on everyone’s South American itinerary! 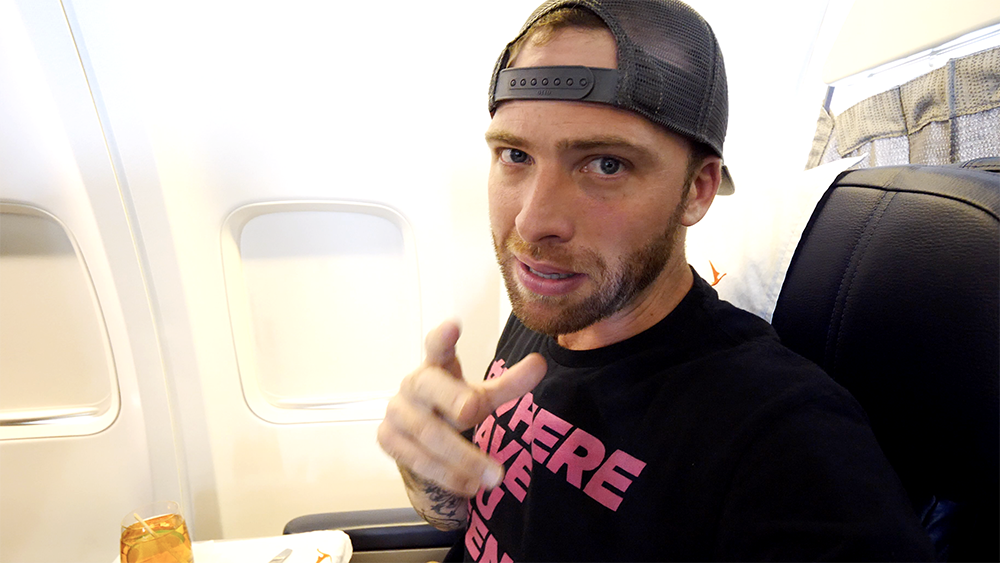 I hope you enjoyed my Surinam Airways business class review on my way back to Miami! If you did, please give it a thumbs up and leave a comment. Also, please subscribe to my YouTube channel so you don’t miss any of my upcoming travel/food adventures!