After 36 hours on beautiful Isadou Island on in the interior of Suriname, it was time for me to leave and start the next leg of my adventure! Come along with me and my boy Imro as we head to the BrownMountain area and try some insane Indian street food along the way! 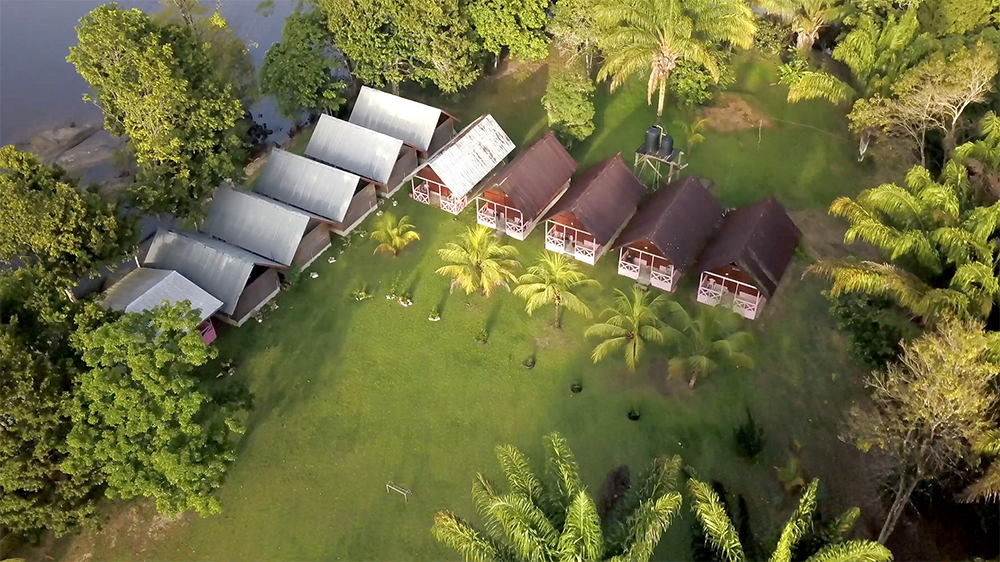 My latest adventure in Suriname began with me kicking back and relaxing in the hammock outside of my bungalow on Isadou Island. My mind was blown by my time on this island. In the last 36 hours, I had trekked through the jungle, searched for caiman at night, swam in the river, visited the local village, chilled out, and more!

Today, I’d get some breakfast on the island, take a boat ride up to Atjoni, and head back to Brownsweg. 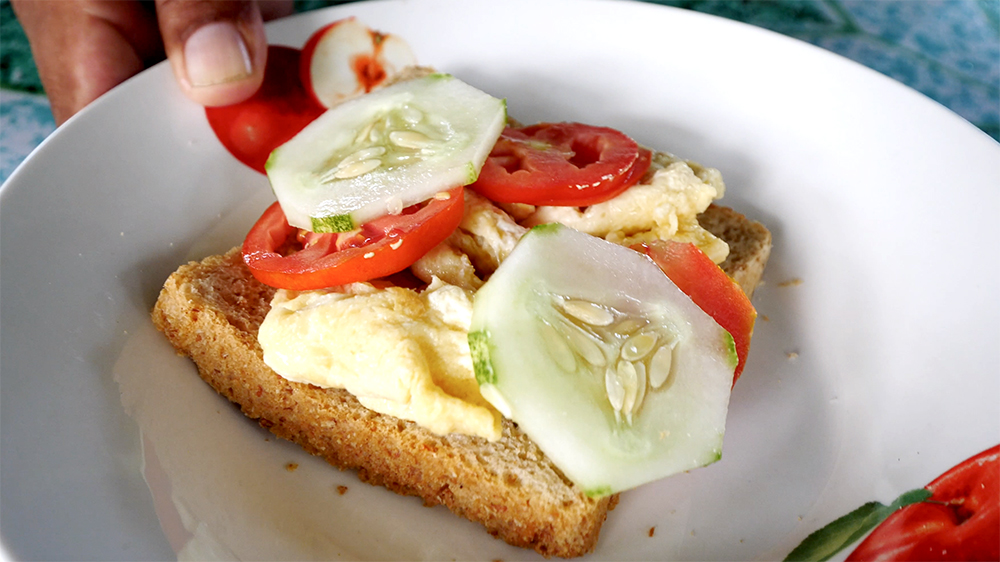 I met back up with Imro from Jenny Tours to get a healthy village breakfast in the dining hall. We got some bananas, grapefruit, eggs, tomatoes, cucumber, cheese, bread, and coffee. I got everything except the cucumber and banana. The eggs had very little yolk in them and the tomatoes were super fresh. I loved them! I made a little sandwich pocket with a piece of bread, the eggs, cheese, and tomatoes. 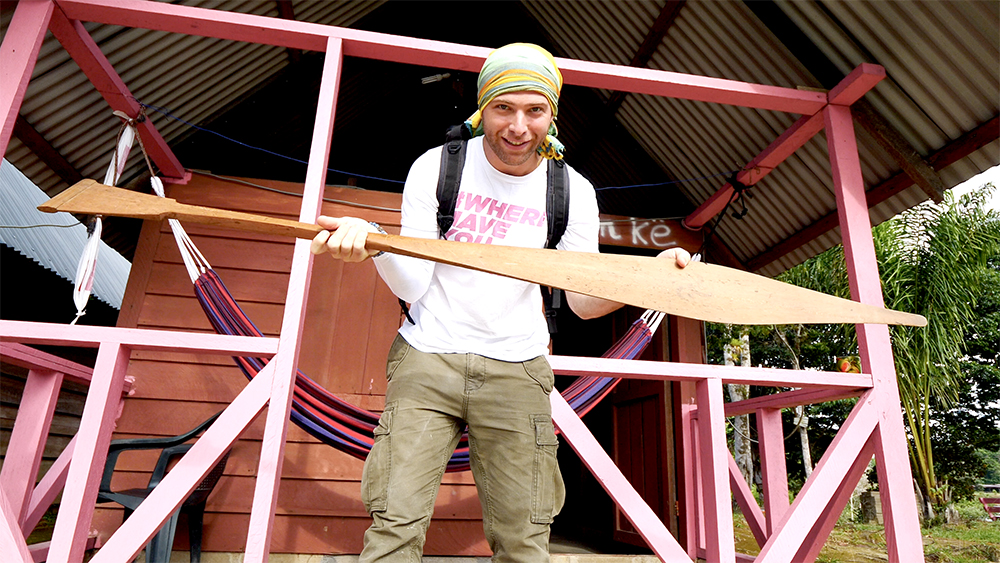 After breakfast, I grabbed my backpack and the paddle I bought in the village of Jaw Jaw the previous day and headed out. I had a lot of clothes and equipment, so Imro had to help me with my bags. I said goodbye to the amazing locals and we loaded my bags into the boat. You can protect your bags and yourself from the water with some plastic. 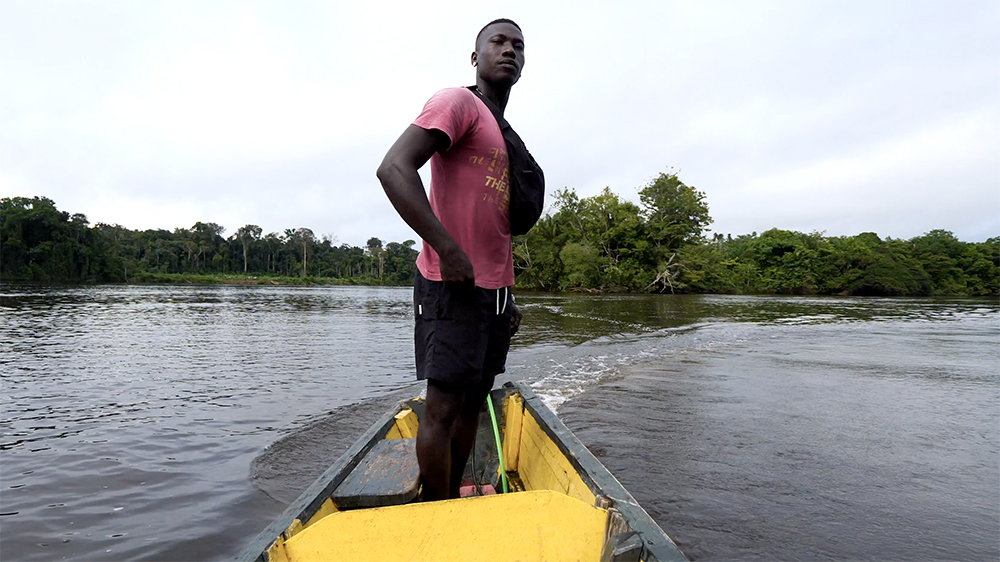 We continued through the rapids, past Jaw Jaw, toward Atjoni. It would only take 30 minutes because we’d be traveling with the current. The river was super calm. On the way, we saw some red hen monkeys and squirrel monkeys jumping from tree to tree above us.

After 30 minutes, we arrived back in Atjoni. I was hungry again! We got back to Imro’s car. I saw someone with three paddles and bought two of them as gifts. Then I met a woman selling some insane Indian street food: a flour vada and mango chutney! 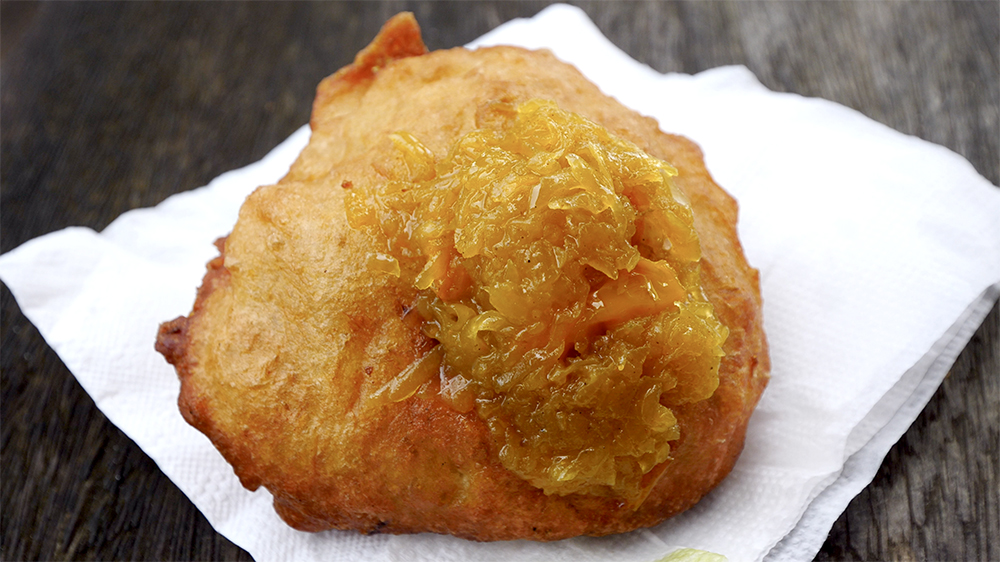 The mango chutney was spicy and so tasty! It rivaled some of the ones I had in India. It had a delicious, African twist and was super fluffy. It was incredible! I asked for some more mango chutney for the last few bites. It was that good and so creamy! And it only cost me about $1 USD. Insane Indian street food is the best! 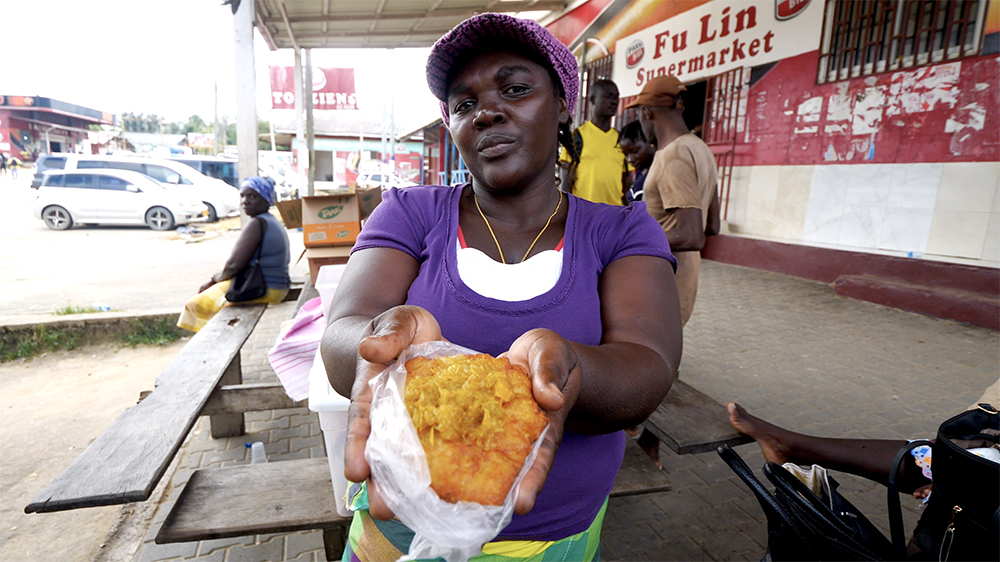 Then we bought some water inside the supermarket. We had about an hour’s drive until we reached Brownsweg. I was hoping to see some wildlife along the way. I also tried to get some money out of an ATM, but it wouldn’t give me any money. Only one had worked for me so far! I suggest getting money out of the ATM to pull out money. You get the best exchange rate that way.

After 30 minutes, we hadn’t seen much along the roads except a few huts and some logging and quarries. There was lots of lush, green bush. We arrived in Brownsweg to head up to the BrownsMountain area! 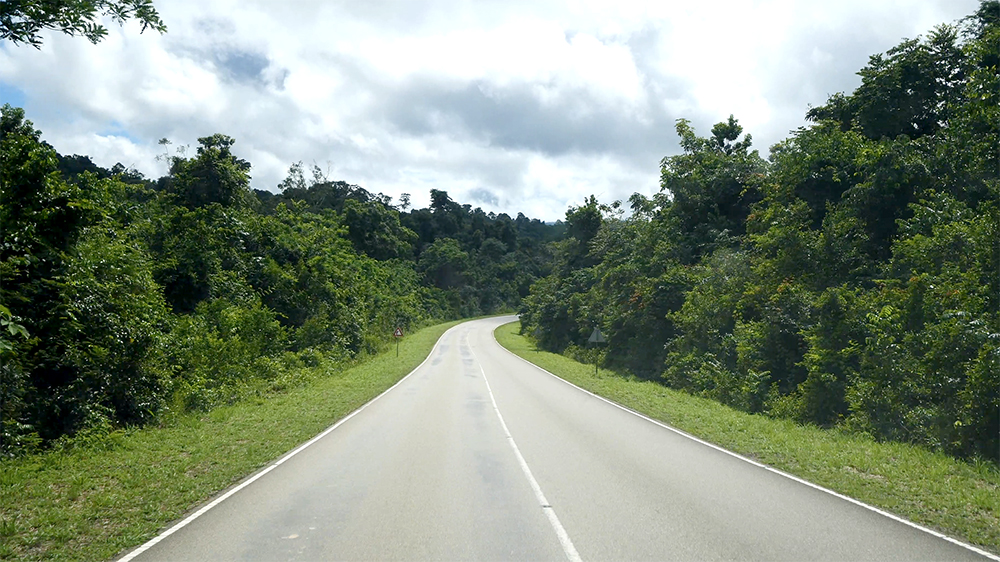 I hope you enjoyed coming with me from Isadou Island to Brownsweg as I try some insane Indian street food! If you did, please give this video a thumbs up and leave a comment below. Also, please subscribe to my YouTube channel so you don’t miss any of my upcoming travel/food adventures!