Wow!! After 13 years of traveling the world, I’m finally on my way to Brazil, the largest country in South America! I’ve wanted to go there for as long as I can remember, and this trip is even more special for me, as Brazil is my landmark 80th country! Join me as I embark on my next adventure: traveling to Brazil for the first time on an epic road trip through 5 Brazilian capitals!

As always, my journey began in my second home, Miami International Airport. I had put Brazil off for a while because of safety concerns, but my friends Guilherme and Rafa from Rio4Fun and Rio4Food assured me everything would be OK with me traveling with a camera through the country. They’d be showing me around for my entire trip, and I couldn’t wait! 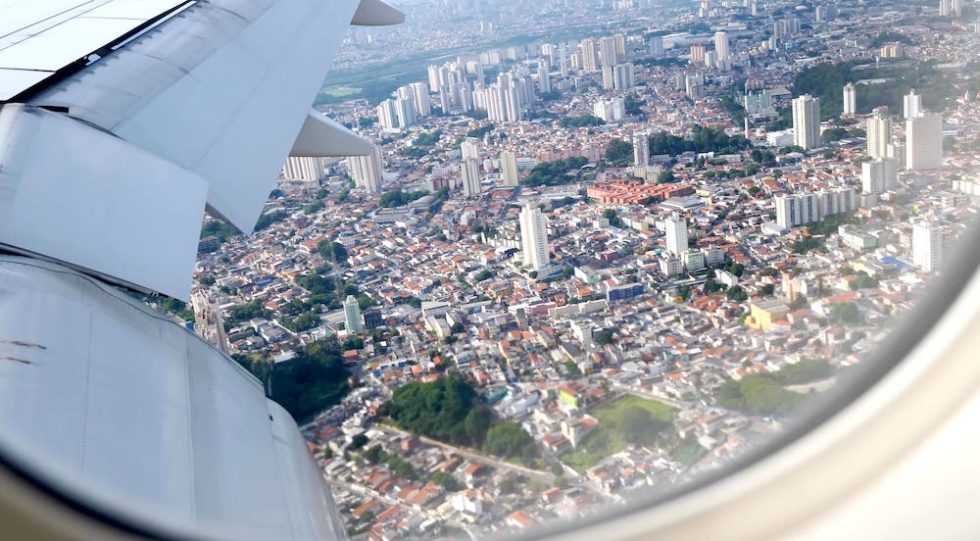 My road trip with them would take me to five of Brazil’s southern capitals: São Paulo, Curitiba, Florianopolis, Porto Alegre, and Rio de Janeiro. We would also visit Blumenau, an amazing German town in the south! Along the way, we’d dive deep into Brazil’s food culture over the next 14 days! 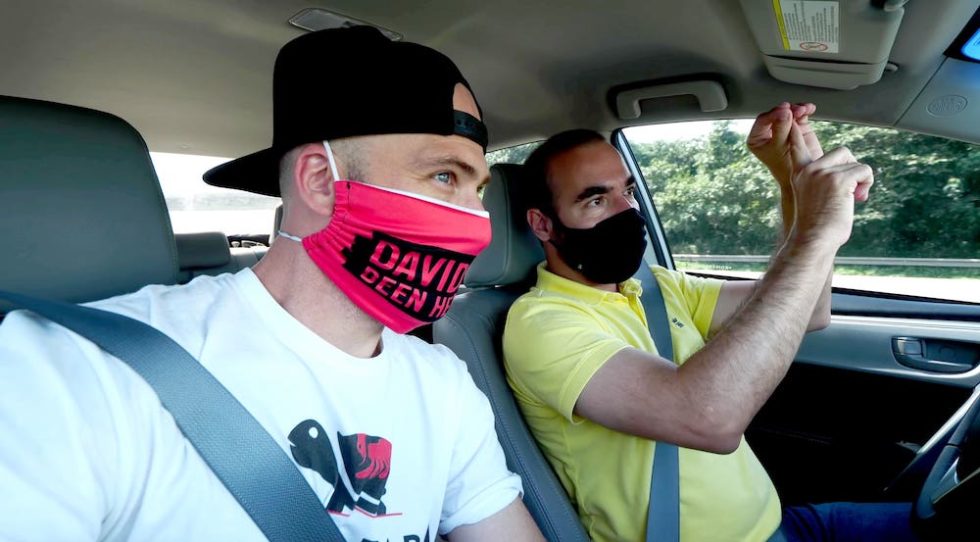 After an overnight flight from Miami, I arrived at the airport outside of São Paulo about eight hours later at 7:30 in the morning! I met up with Aurèlio from Be My Guest SP, who picked me up from the airport. It would take us about 90 minutes to get into the city due to the traffic! I couldn’t wait to get some food!

São Paulo is Brazil’s financial center and largest city and is located in the southeastern part of the country. Jesuit missionaries founded the city in 1554, which is now home to over 12 million people and known for its iconic architecture. But while it’s the largest city in Brazil, it’s not the capital—that’s Brasilia! 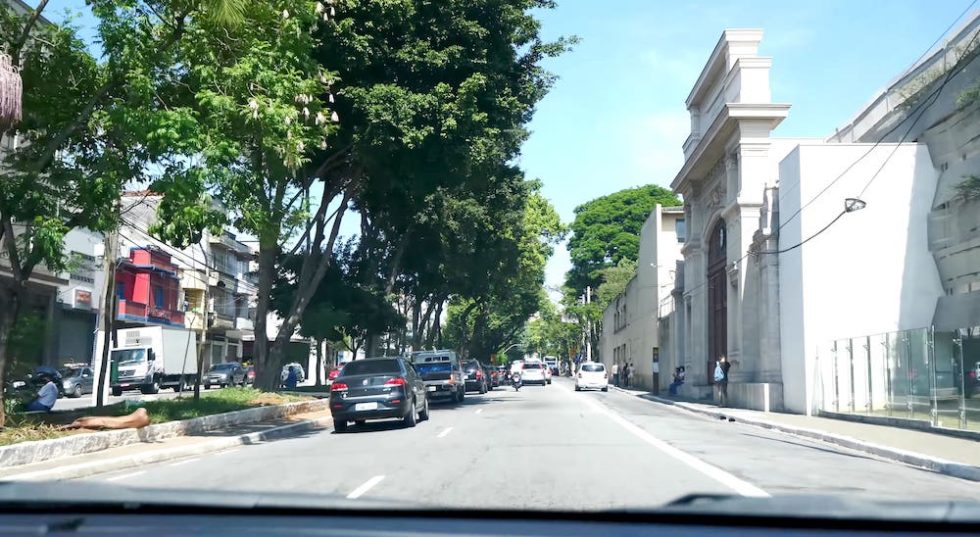 A lot of the people with money in the city actually get around in their helicopters because the traffic is so bad! I had learned quite a bit of Portuguese, the local language, quickly because I speak both Italian and Spanish, which are very similar. 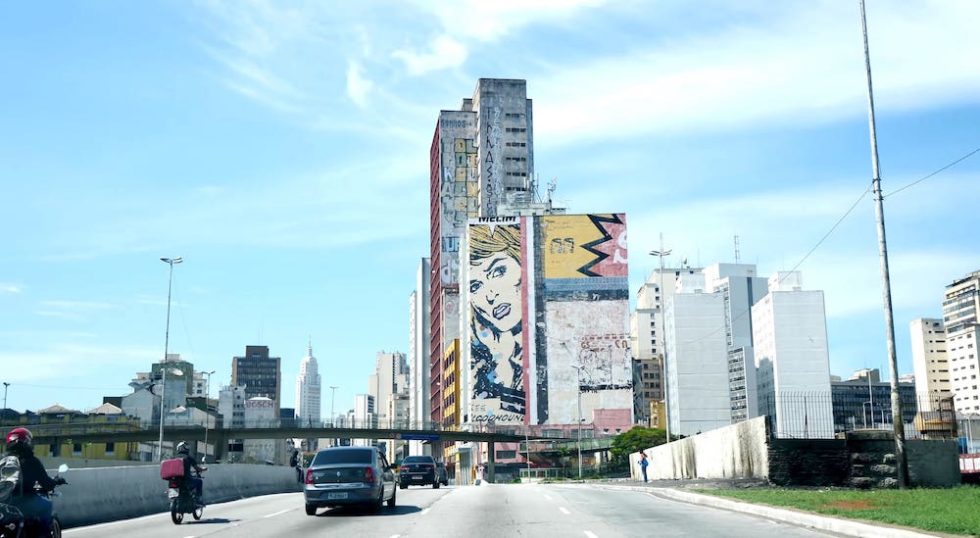 We drove along a river until we arrived in the city. We passed a German-looking church. I could see lots of buildings, the metro, and lots of traffic. We bought some bottled water from a vendor along the side of the road. There was lots of graffiti on the buildings. Many of the buildings were colonial-style. 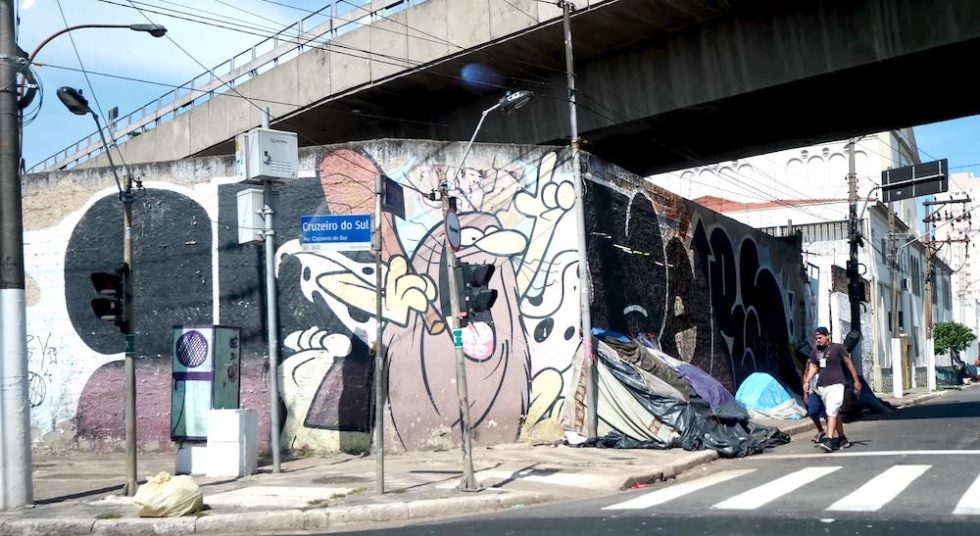 There’s a lot of contrast in Brazil. There are places that are unsafe for tourists to visit alone, while others are luxurious and comparable to Fifth Avenue in New York. What I saw of the city as we drove through reminded me of Mexico City!

We made it to the south district of São Paulo. This area reminded me of Caracas in Venezuela, which I used to travel to a lot. There were lots of restaurants and bars, as well as high-rises. We made it to my hotel, Hotel Intercity Ibirapuera. I’d be staying in an Intercity hotel in each city on my trip! 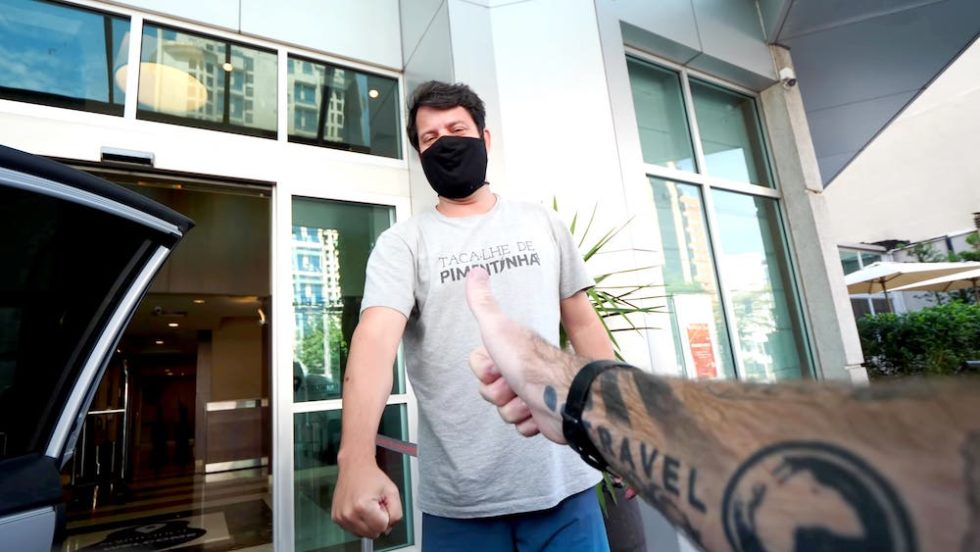 There, I met Guilherme, my new friend from Rio4Fun and Rio4Food who I’d be traveling with for the next eleven days. We immediately started talking about some of the amazing foods I was hoping to eat! But first, I needed some Brazilian coffee! Brazil produces the most coffee beans in the world. 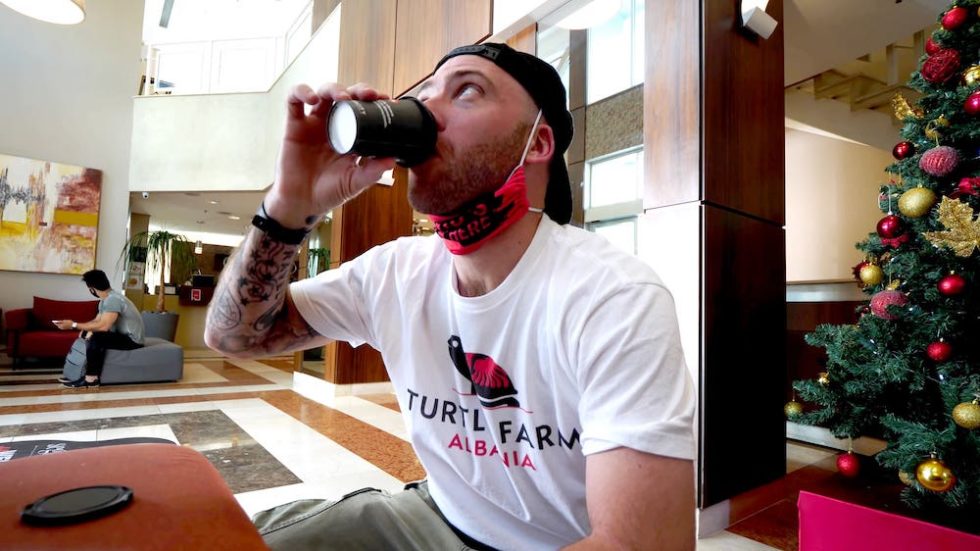 Hotel Intercity Ibirapuera has 202 rooms. The rooms are beautiful, clean, modern, minimalistic, and spacious, with a king-sized bed and a nice workstation. There’s also a sofa, a flatscreen TV, closet space, a minibar, a clean bathroom, and more. I couldn’t wait to start traveling around Brazil for the first time and explore São Paulo over the next two days! 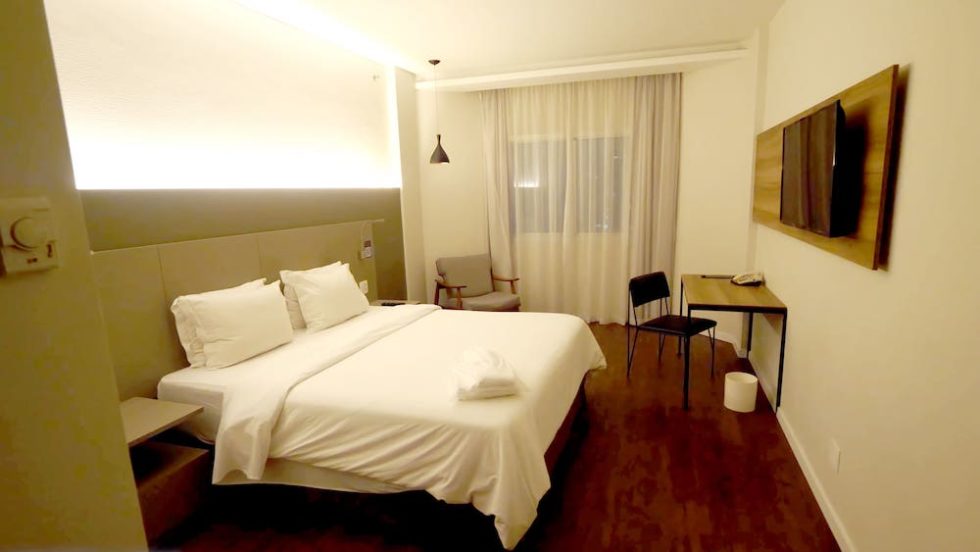 I hope you liked coming with me as I started my latest adventure, traveling to Brazil for the first time! If you did, please give this video a thumbs up and leave a comment below. Also, please subscribe to my YouTube channel and click the notification bell so you don’t miss any of my travel/food adventures around the world!