After arriving at Palumeu, deep in the interior of Suriname, I tried some delicious Surinamese jungle food before going on an awesome jungle trek to Poti Hill! Come along with me as I explore the wonders of Palumeu! 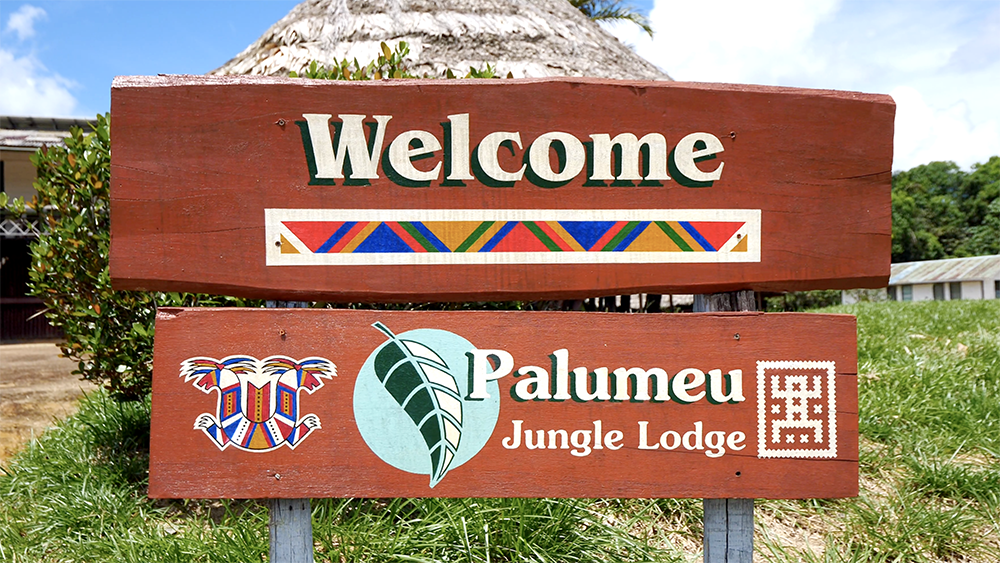 Palumeu is far off the beaten path, so the best way to reach it is via a charter plane, which takes about an hour from Paramaribo. You can also take a boat, but it will take days!

My adventures in Palumeu began almost immediately after landing, as Julius from Mets Travel & Tours and my local guide Ose took me to my beautiful, rustic, wooden bungalow at the Palumeu Jungle Lodge. It had two twin beds, a small desk, and a tiny but clean bathroom. The beds had mosquito nets over them, which you put down at 6 p.m. 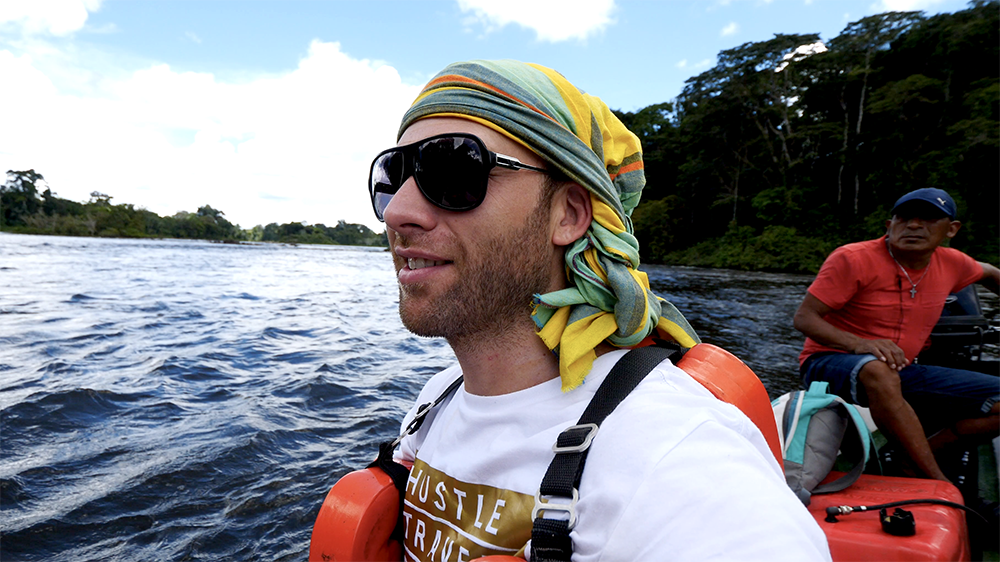 Outside the bungalow was the upper Tapanahony River, one of the largest branches of the Maroni River! It’s located very close to the border with French Guiana. For me, the tropical wilderness with the jungle and river was paradise. 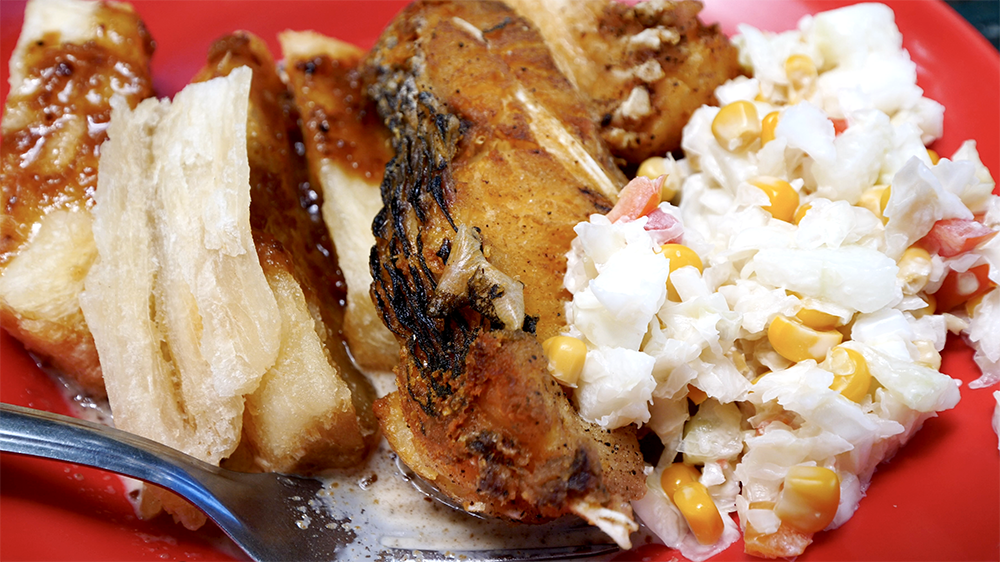 We headed back out for our Surinamese jungle food lunch. I was starving and couldn’t wait to eat! We headed toward the river and hopped in a huge, motorized canoe, which would take us to lunch. 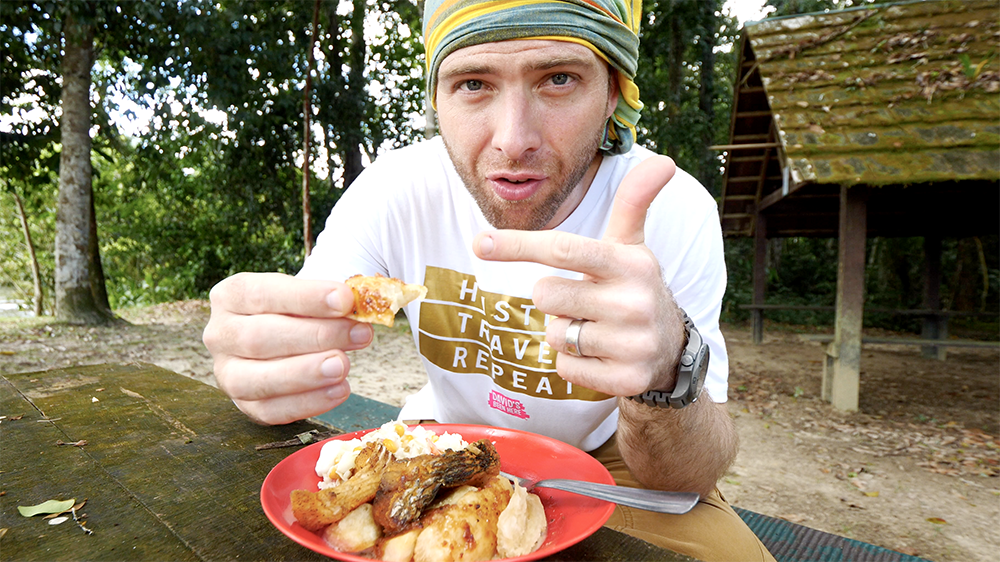 The Tapanahony River was calmer than the Suriname River but there were still some rapids. It was really beautiful! The whole area was so serene. I was in heaven! Suriname was changing my life every single day. We landed and posted up at a campground, where we had some yuca frita, coleslaw, fish, and peanut sauce! 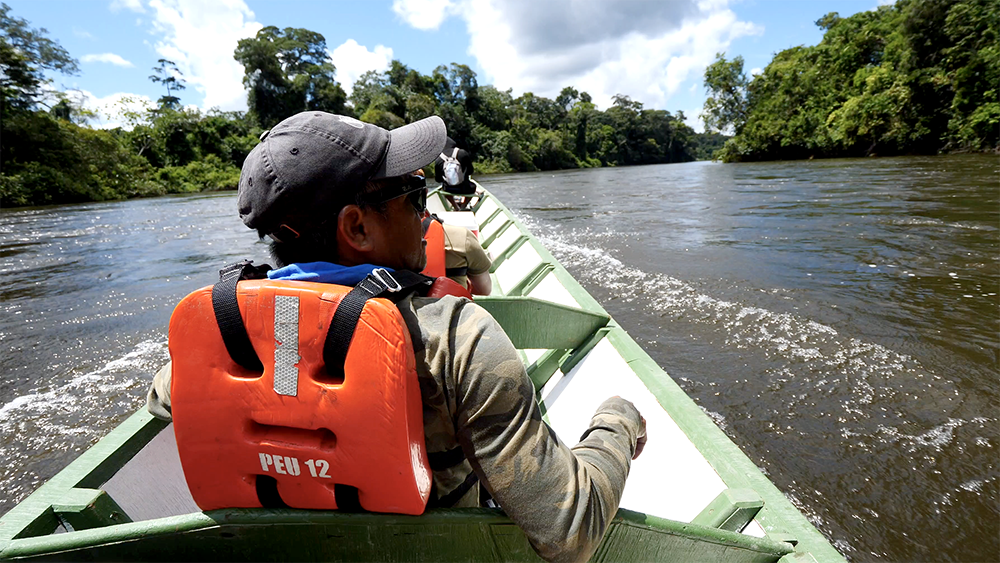 I love yuca frita, and it was incredible with the sweet peanut sauce. It’s almost like a really dense, fried plantain. I had to be careful with the fish because of the bones. It was a nice, fried fish. I pulled it apart to get rid of the big bones. It reminded me of a fried snapper and was really delicious!

But I was really loving the yuca frita with peanut sauce. I grew up with yuca frita in Miami. It’s so much better than French fries. The coleslaw contained tomatoes, cabbage, carrots, onions, cucumber, and corn. It had a really nice crunch and I loved the addition of the corn. We finished our Surinamese jungle food with a punch-like lemonade. 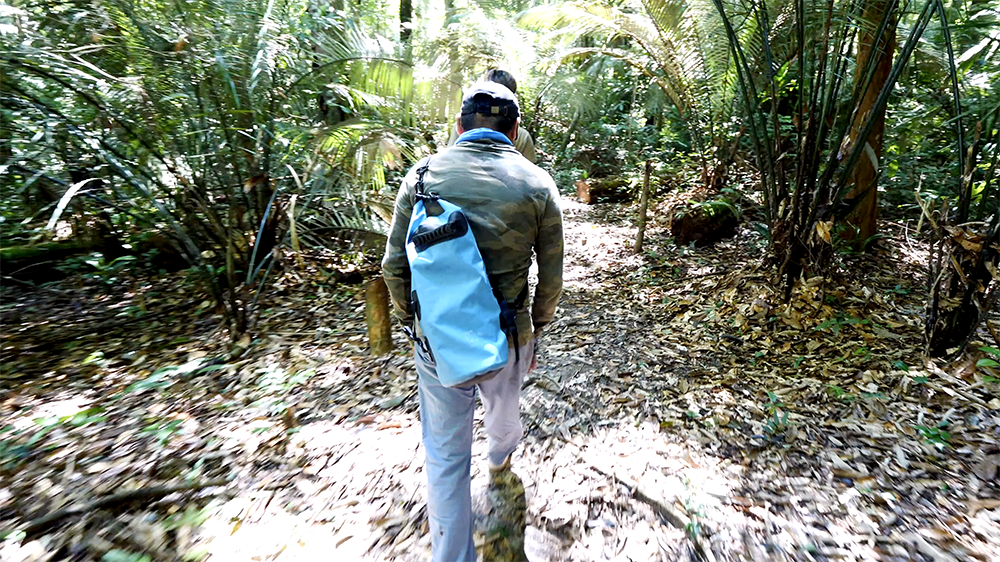 We got back on the boat for another 20-30 minute journey down the river. I couldn’t wait to start my 60-minute jungle trek! I was hoping to see some animals! 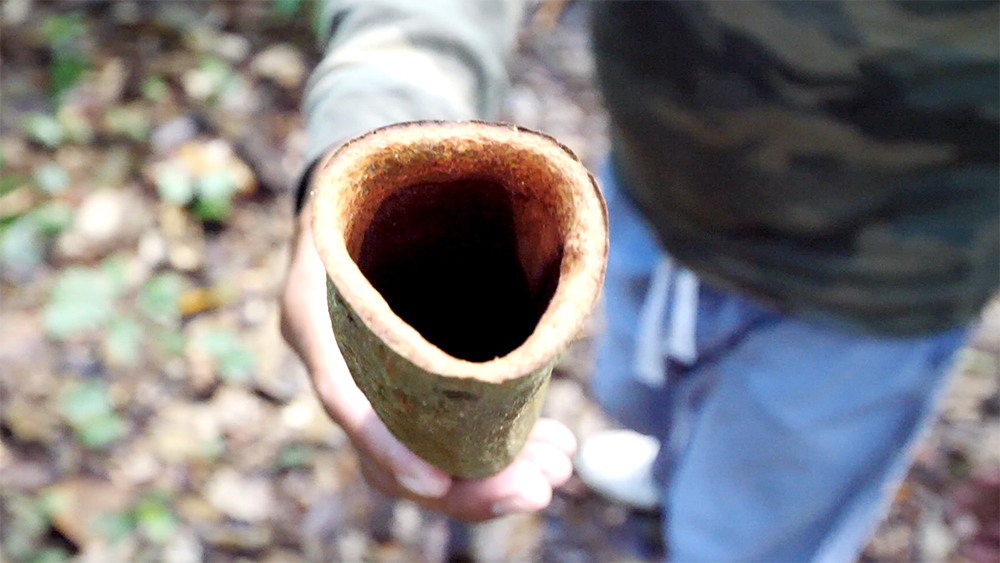 Suriname is 80% untouched virgin rainforest. As we landed, we could hear a bird in the trees! We started our trek. I could smell parrot feces. The trek was really easy and much more suited to beginners than the ones at Browns-Mountain. The trail was nice and clear of debris. As we hiked, Julius showed me a palm tree that’s used for building walls and roofs of houses. 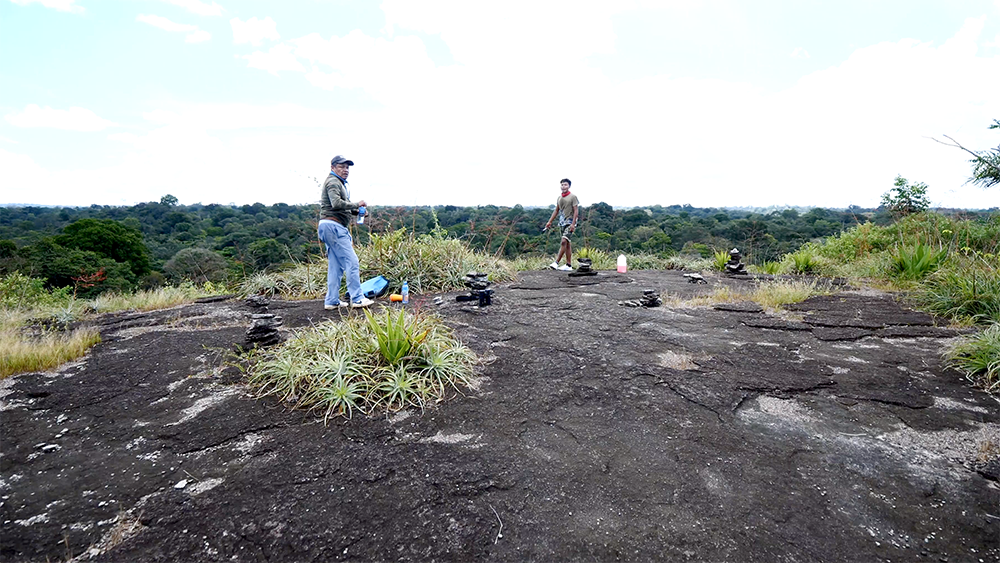 Barely any sun could get through the canopy above us, so we were really protected. There was lots of air flowing and there were lots of fallen logs to jump over! Twenty minutes in, I was feeling the burn! Then, Julius showed me a seedpod from a tree, which is used as a pipe to smoke tobacco. We also found a paddlewood tree, which is used to make paddles, and a massive, 300-year-old tree!

Check out the 5 Things to See and Do in Brownsweg, Suriname

We hadn’t seen any animals yet, but I was still hopeful! We reached the top of the huge Poti Hill, where there were lots of spiny, sharp plants. The hill was really steep! We spent 30 minutes there and headed back down. This area reminded me of my time in Malawi! 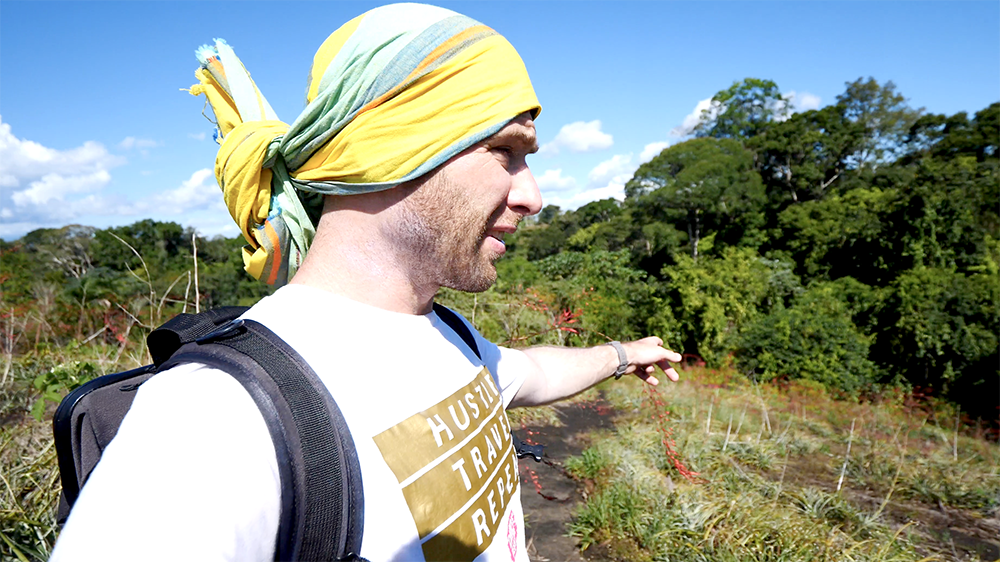 On our way back, we could hear a loud bird. Back at the boat, our captain had caught some piranha! We followed the Tapanahony River back to the lodge. The Maroon people live downstream, while the Amerindians live upstream! I’d chill for a couple of hours and then have dinner, but for once, I decided not to film it! 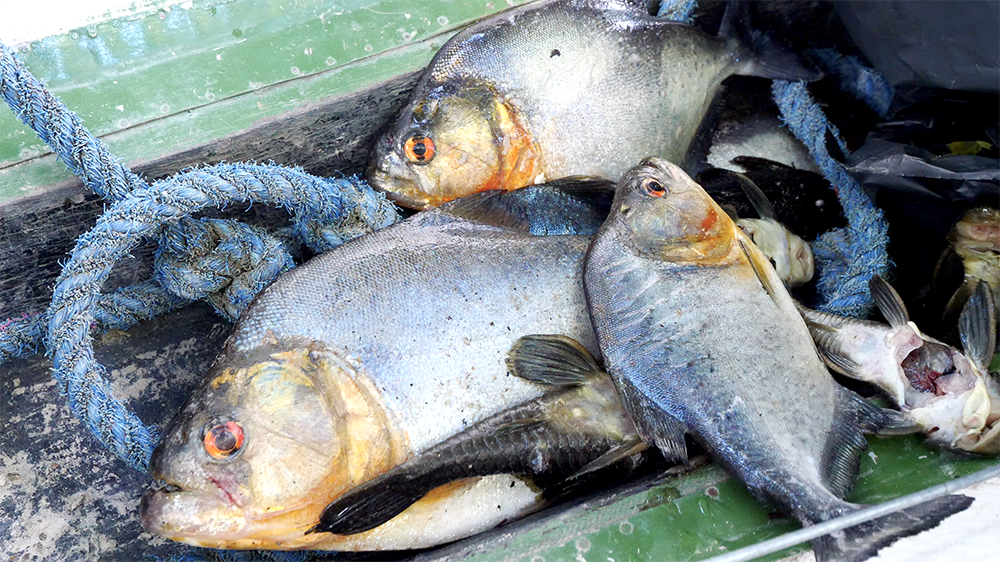 I hope you enjoyed coming along with me on my Surinamese jungle food lunch and rainforest trek in Palumeu! If you did, please give it a thumbs up and leave me a comment below. Also, please subscribe to my YouTube channel so you don’t miss any of my travel/food adventures!