My epic road trip through southern Brazil continued in the beautiful city of Curitiba, where my friends and I enjoyed a delicious but unusual breakfast! Join us as we go on an exotic Brazilian food tour in Curitiba, Brazil!

My morning began at Jardim Botânico de Curitiba, the local botanical gardens, with my friends Guilherme and Rafa from Rio4Fun and Rio4Food. Jardim Botânico de Curitiba is a free, French-style attraction built back in 1991, and is one of the city’s main attractions. They have beautiful, manicured grounds, tons of flowers, and a beautiful greenhouse. 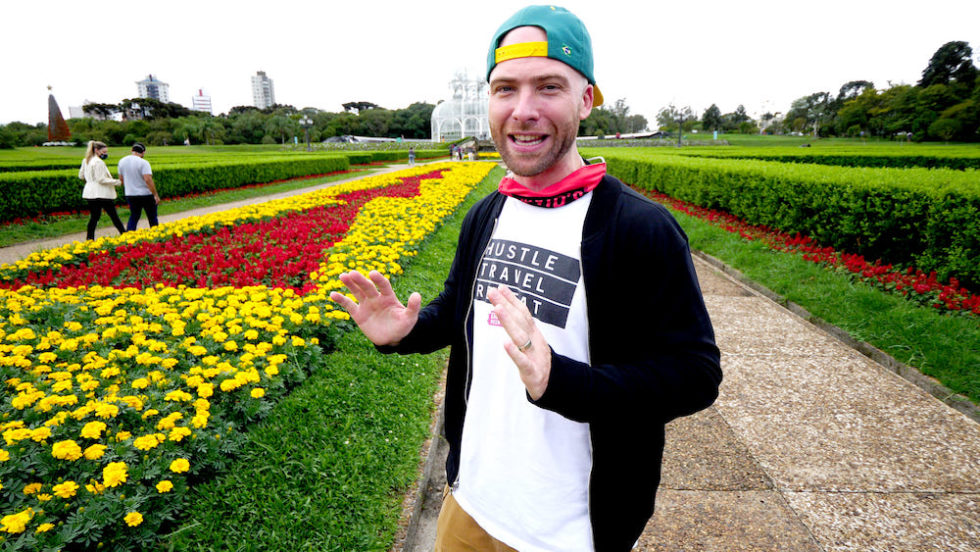 There were some funny rodents called esquilos hiding in the bushes and flowers, but they kept poking their heads out and hiding again every time I got close! 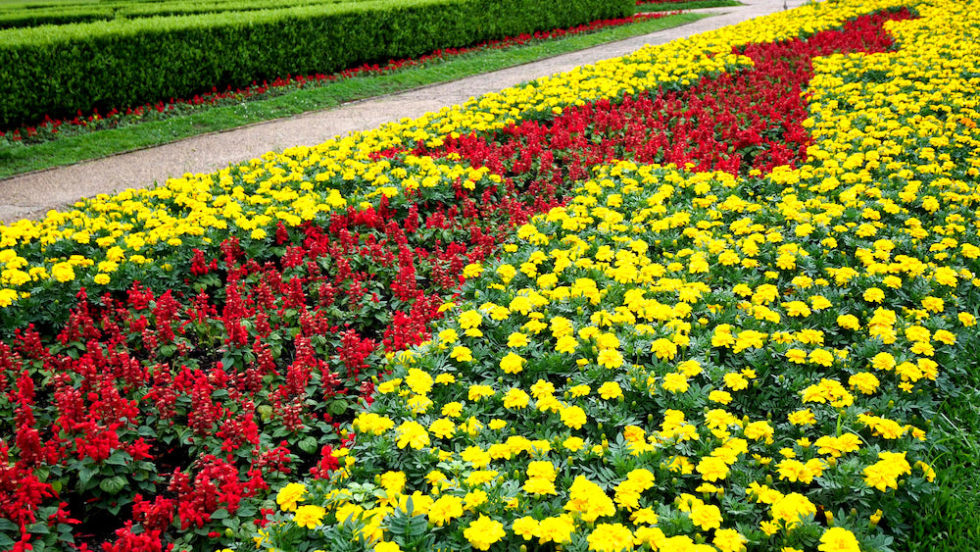 We were lucky that it was sunny that day, as Curitiba is a very rainy city. It was chilly and rainy the previous day and wet and overcast earlier in the morning. It rains there roughly 200 days out of the year! 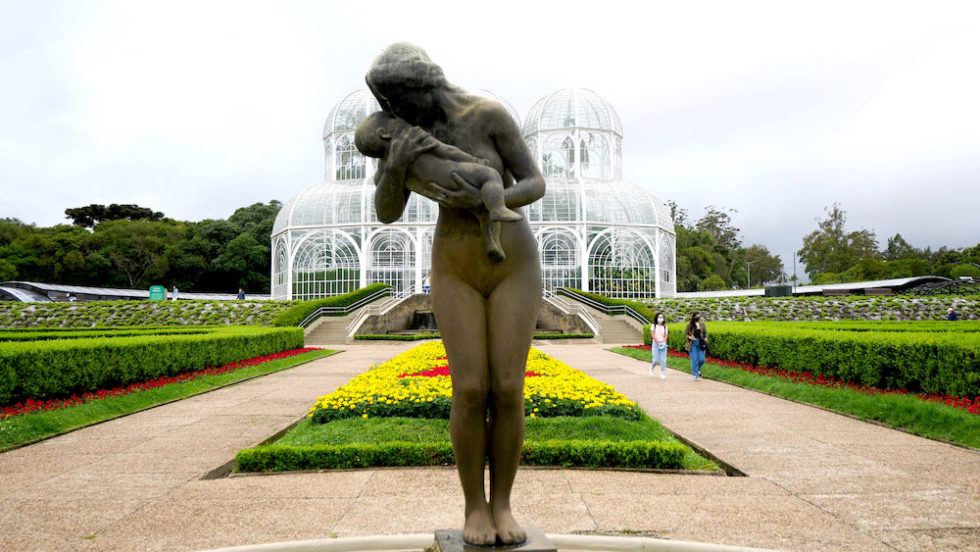 Then, we drove to Pizza Itália, where locals have pizza and smoothies for breakfast. It’s frequented only by locals and has a nice ambiance. Curitiba is the biggest city in southern Brazil, with roughly 3 million residents. There are lots of Italians, Germans, and Ukrainians there. There’s also a nice mix of architecture there. 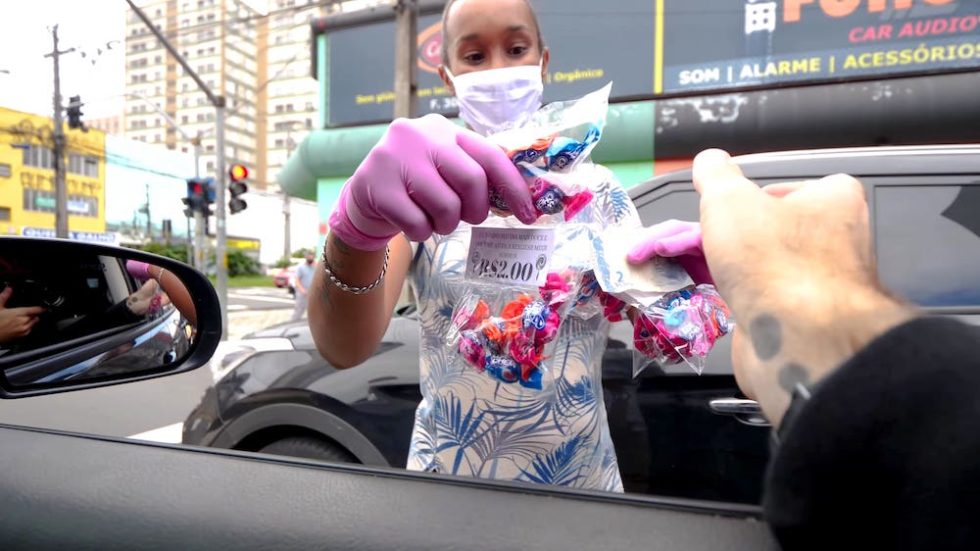 On the way, we bought some candy from a street vendor on our way through the downtown area, which reminded me of a lot of downtowns in the U.S. There were houses there, as well as colorful murals on the sides of buildings.

Pizza Itália has been in business since 1969 and looks like an Italian diner. There are lots of images of cities from Italy all over the walls. 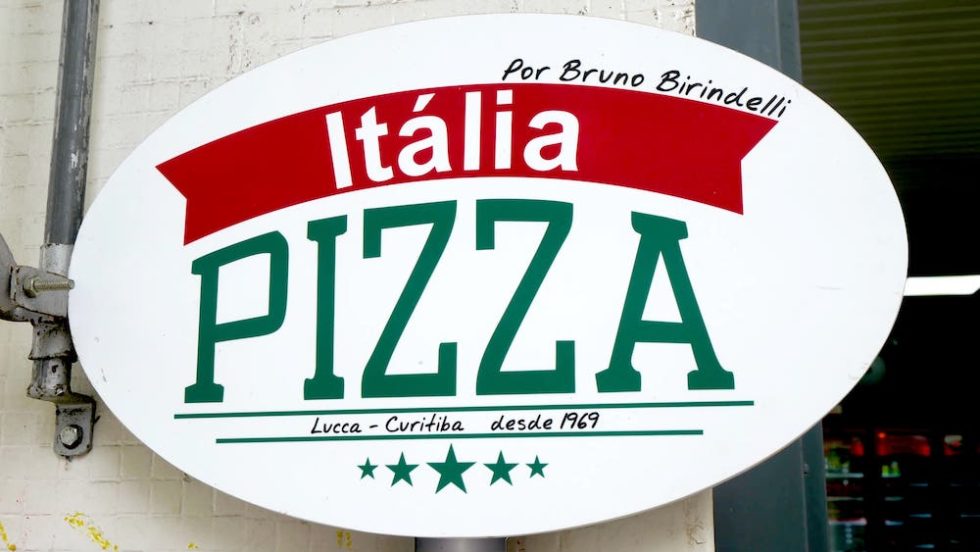 I got some pepperoni pizza with a strawberry-avocado-papaya smoothie with milk and sugar. The smoothie was thick and creamy like a milkshake and super sweet, with lots of papaya flavor. It was super filling! 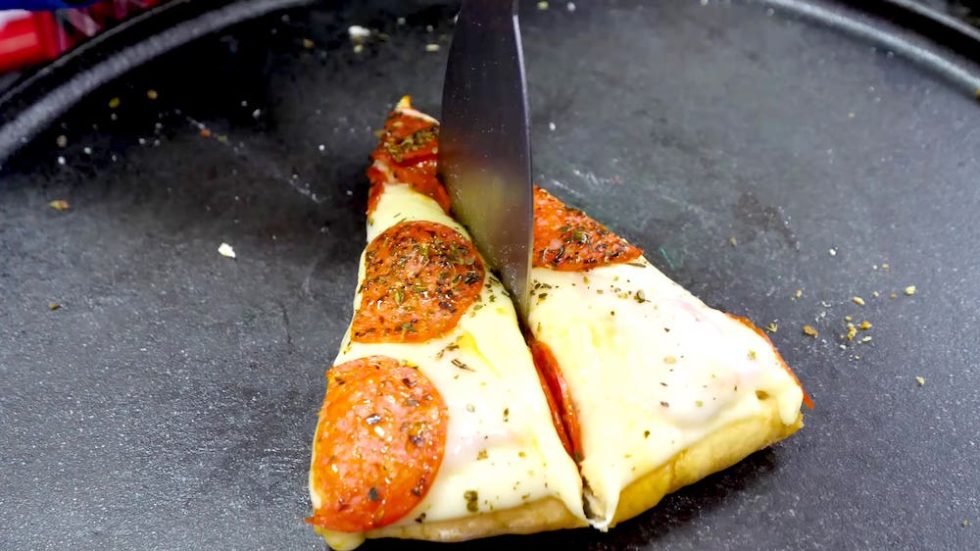 My pizza had a thick crust, some mozzarella cheese, pepperoni, and some oregano. I added some chili flakes and hot sauce for some spice. It was so delicious but not too spicy. 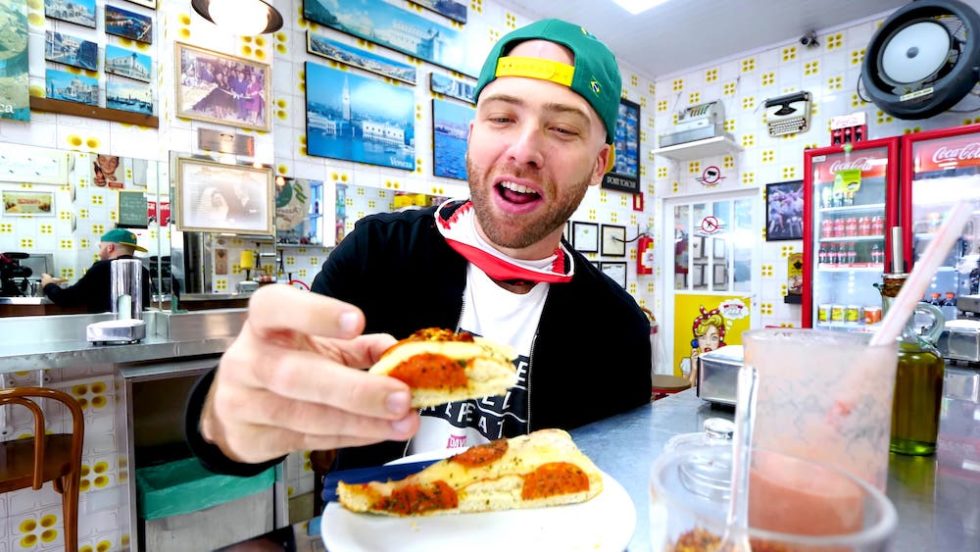 My second slice was plain with just mozzarella. I added some olive oil and chili flakes on top. It was delicious even though it was frozen pizza. The dough and cheese were amazing! The woman working there was super nice and comped us! 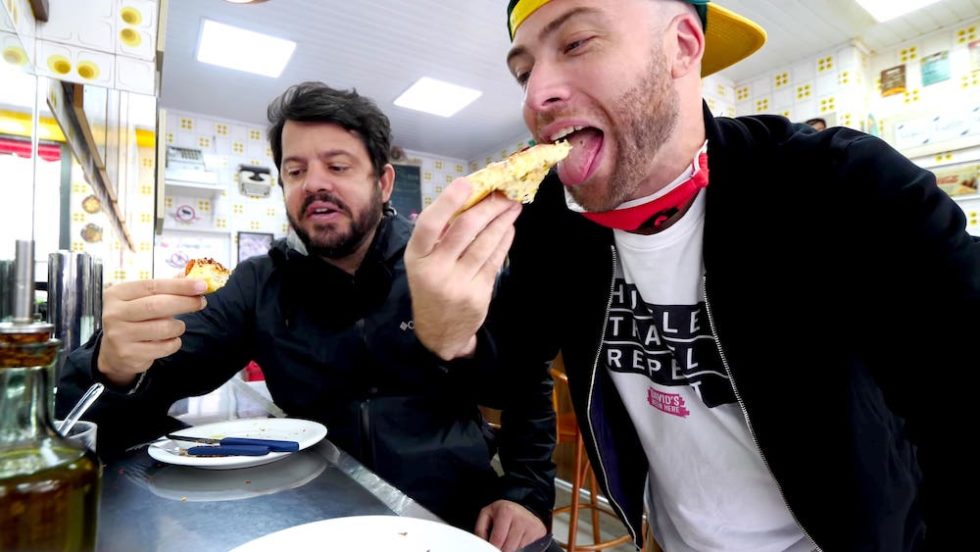 From there, our exotic Brazilian food tour continued in downtown Curitiba. It’s so clean, organized, and beautiful. There’s an old streetcar and old buildings including Palacio Avenida. Everything looked very European. The pedestrian street was set with lots of Brazilian stones and was lined with bookstores, bars, and restaurants. There were also Christmas trees! 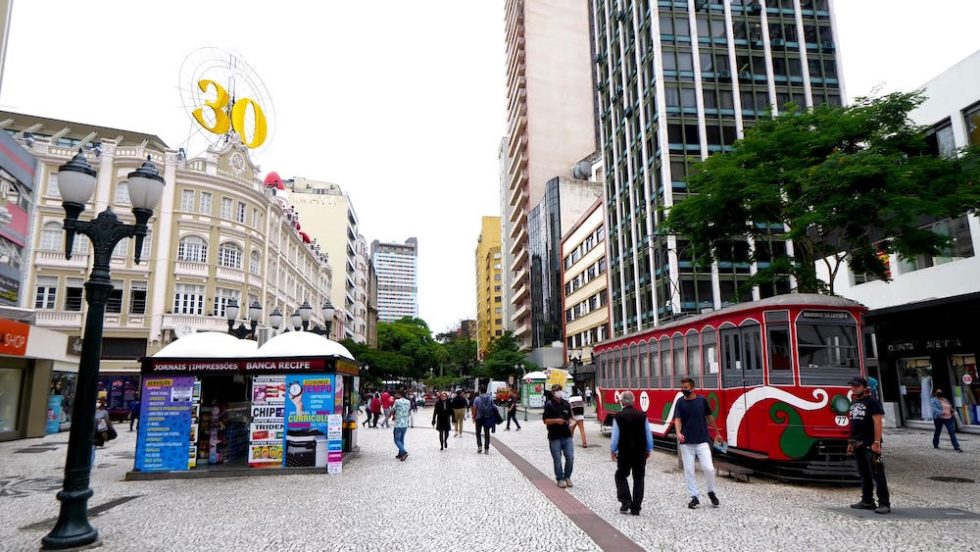 There was also a Christmas market where we tried some sweets, including some hard coconut candy and a soft, compressed bar of shredded coconut and sugar called cocada. It gave me a sugar rush! 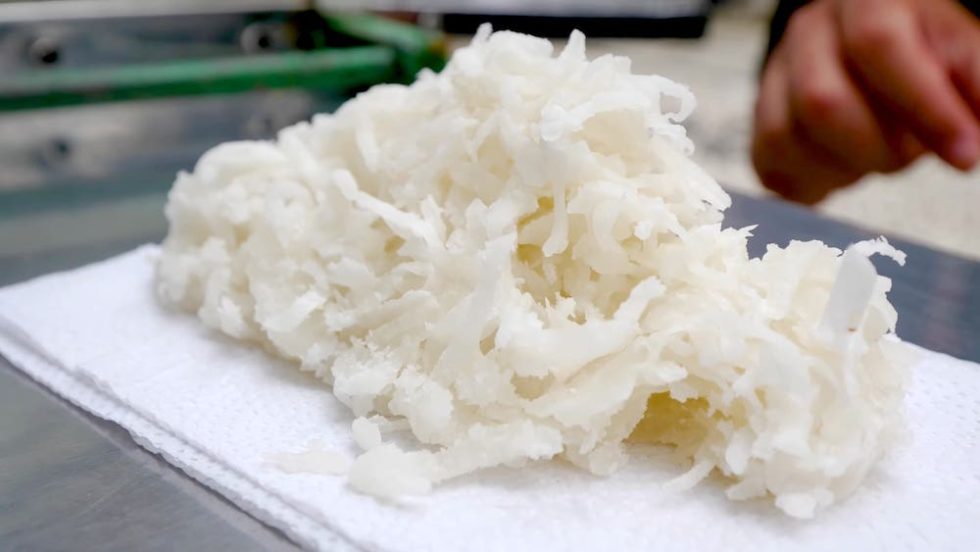 This is a permanent street market that usually sells handicrafts, but they were selling lots of Christmas items because it was December. Then, we reached a fountain surrounded by tons of street food carts selling food from different countries or different states in Brazil, including Belgium, Mexico, Italy, Bolivia, and Poland.

Then, we tried a fermented grape drink from Portugal called quentão that was basically a hot wine. I’d had it in Poland a long time ago. It was delicious and was like a licorice wine with cinnamon. It cost $1 USD! You can also buy cod fish fritters there! 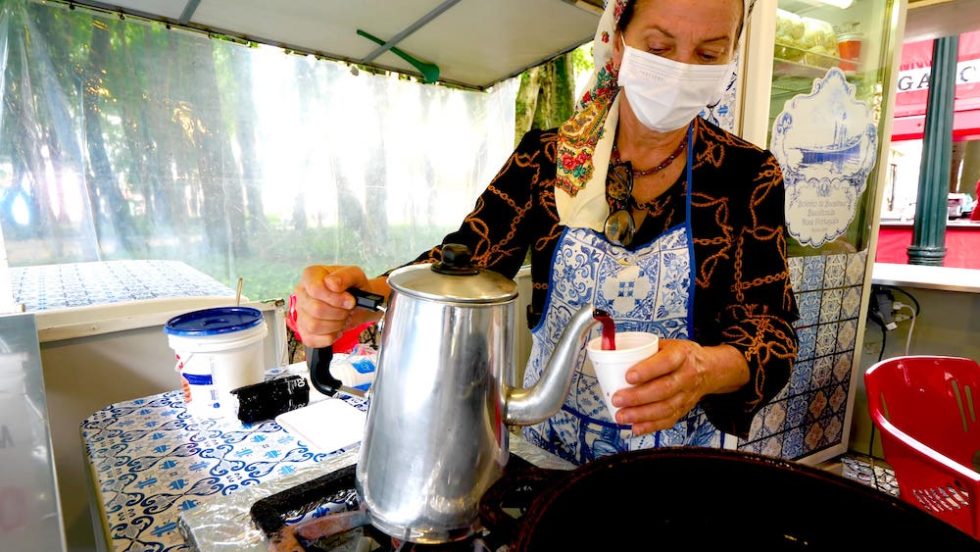 Then, across from the market, we stopped at Bar Stuart to have some bull testicles. It’s the oldest bar in Curitiba and is said to be the oldest in Brazil! I tried some premium cachaca, which costs $40 per shot! It’s fragrant and floral and reminded me of raki or grappa. 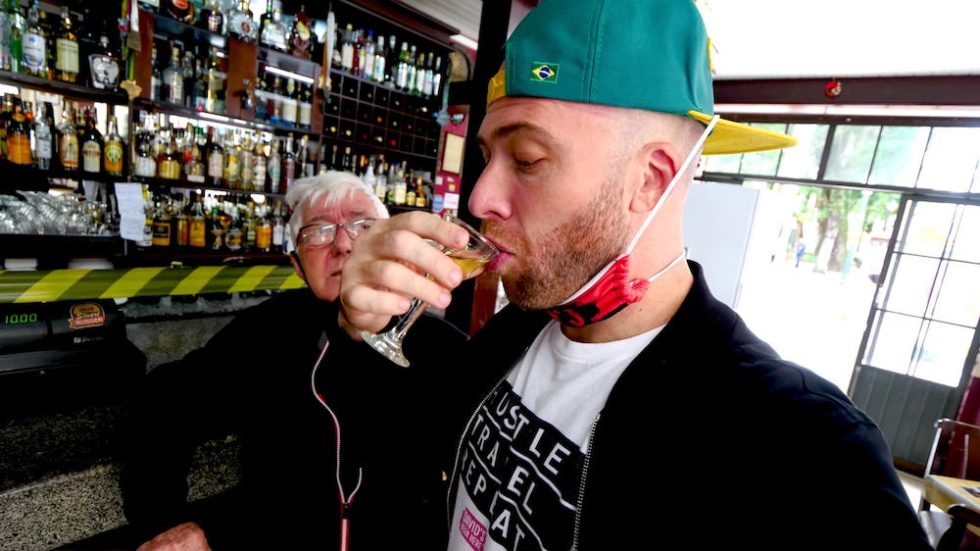 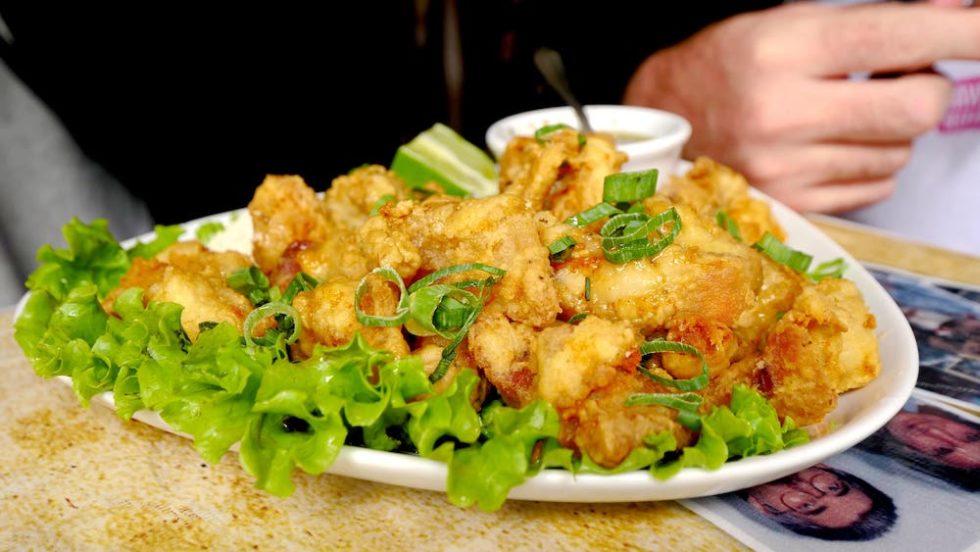 What a memorable and exotic Brazilian food tour in Curitiba, Brazil! Huge thanks to my friends at Rio4Fun and Rio4Food for such an awesome experience. Check out their YouTube channel and social media for more incredible Brazilian food content! 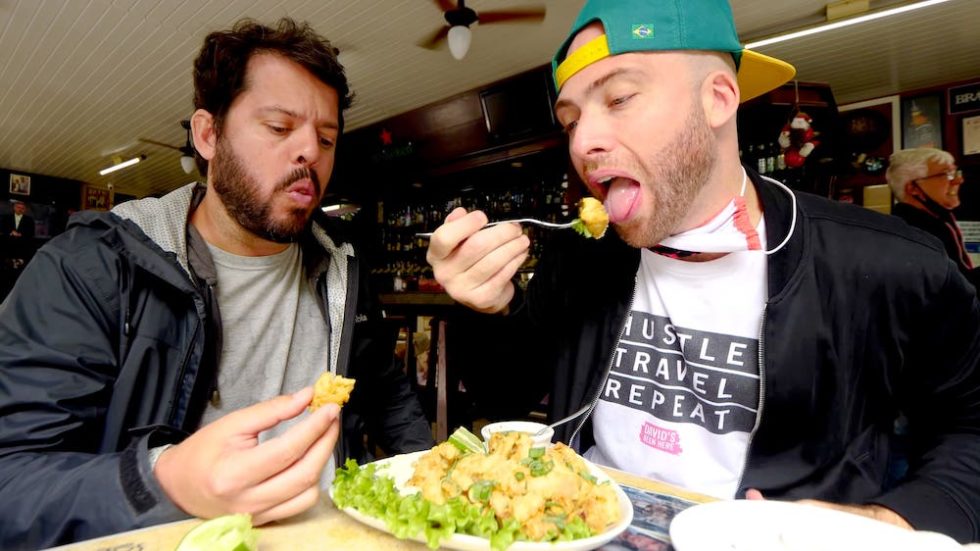 I hope you liked coming with me on this exotic Brazilian food tour in Curitiba, Brazil. If you did, please give this video a thumbs up and leave a comment below. Also, please subscribe to my YouTube channel and click the notification bell so you don’t miss any of my travel/food adventures around the world!