My first full day in Ghana officially kicked off with a breakfast of traditional Ghanaian street food in Accra, the capital of Ghana! Join me as I try kenkey for the first time along with some fish and explore the Jamestown area and its attractions!

This was my first full day in West Africa and I could not wait to get started! Jamestown and Usshertown are the two oldest districts in Accra and date back to the 17th century. I was so ready to explore and get some breakfast! 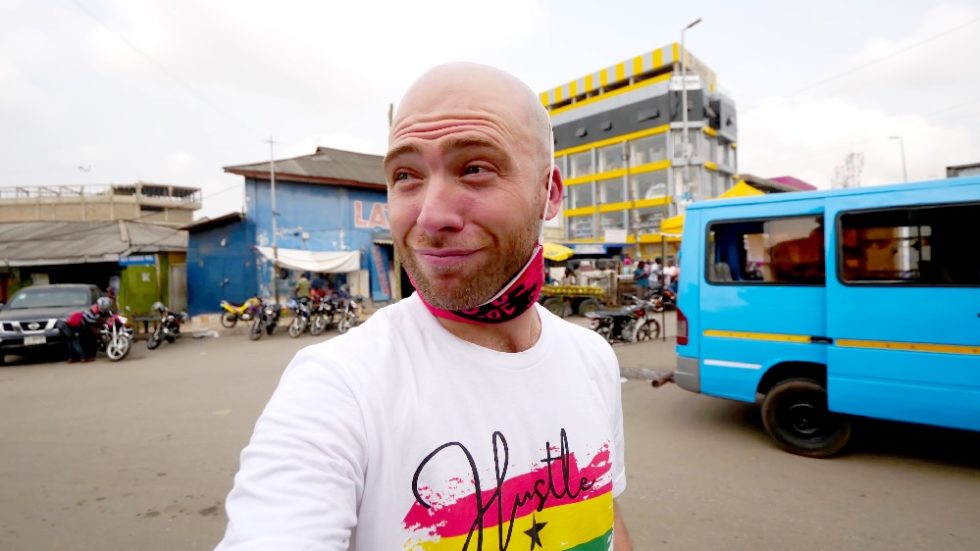 My guides Apollo and Isaac from Jolinaiko Eco Tours and I set off to a street food vendor selling banku (a corn-flour-and-cassava dough) chicken, and fresh fish. You also eat it with spices. Roadside vendors are everywhere in Ghana! 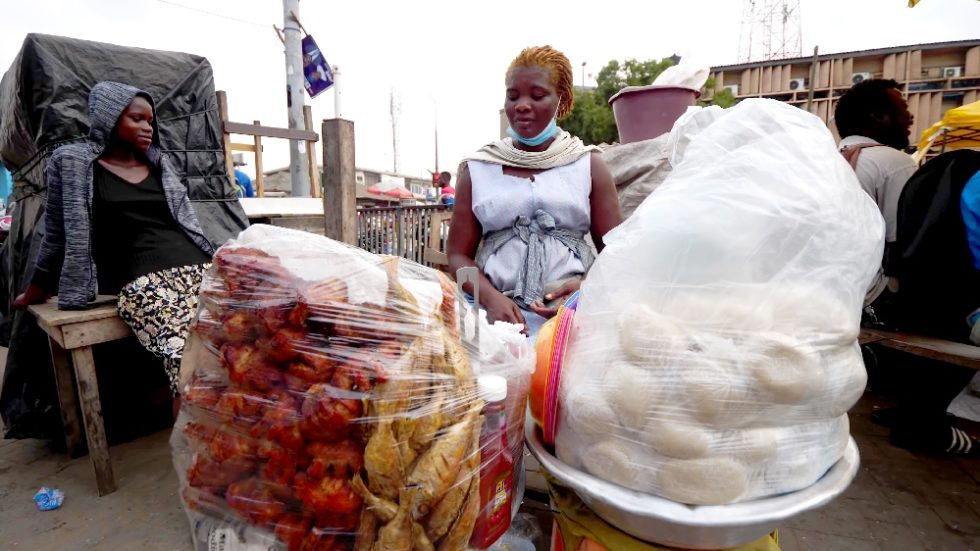 We tried some chocolate made from local cacao and continued down the street past clothing shops and convenience stores. I saw some charcoal, which they roast plantains over, as well as vendors selling fried chicken wings, fish, and more. 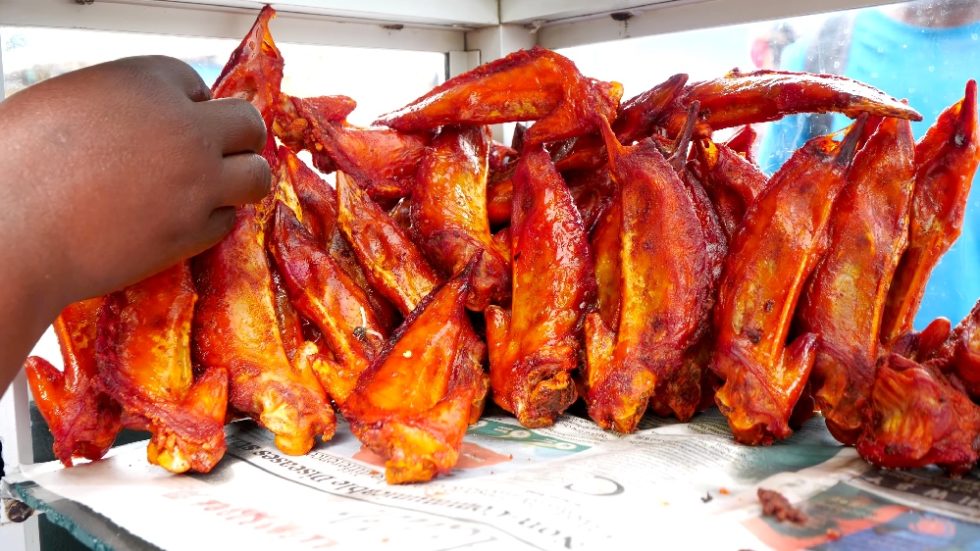 We stopped at a spot selling kenkey (ground corn dough), which they steam and cover with corn leaves. Then, they cook it again and wrap it in a corn husk. You eat it with a protein and some shito (spicy pepper sauce).

Check out my VIDEO: Trying Ghanaian Street Food for the First Time!! Traveling to Ghana | Miami to Accra

The kenkey came with small, dried and fried fish. The fish were kind of bony and the kenkey paired perfectly with it and the shito. I loved the crunchiness and saltiness of the fish. 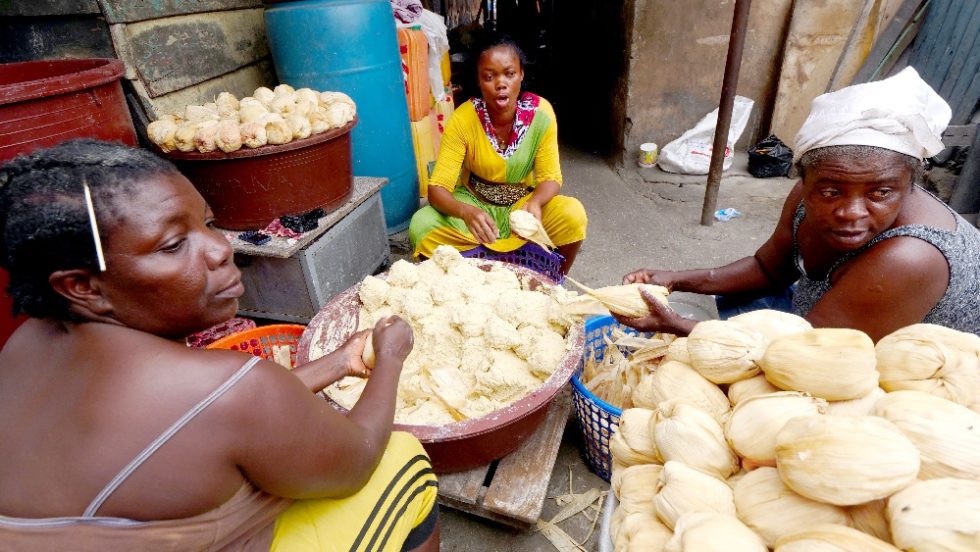 The kenkey was a little sour, and I could taste the fermentation. They paired really well together! The bones in the fish were so small, I didn’t have to worry about them. It was really tasty! 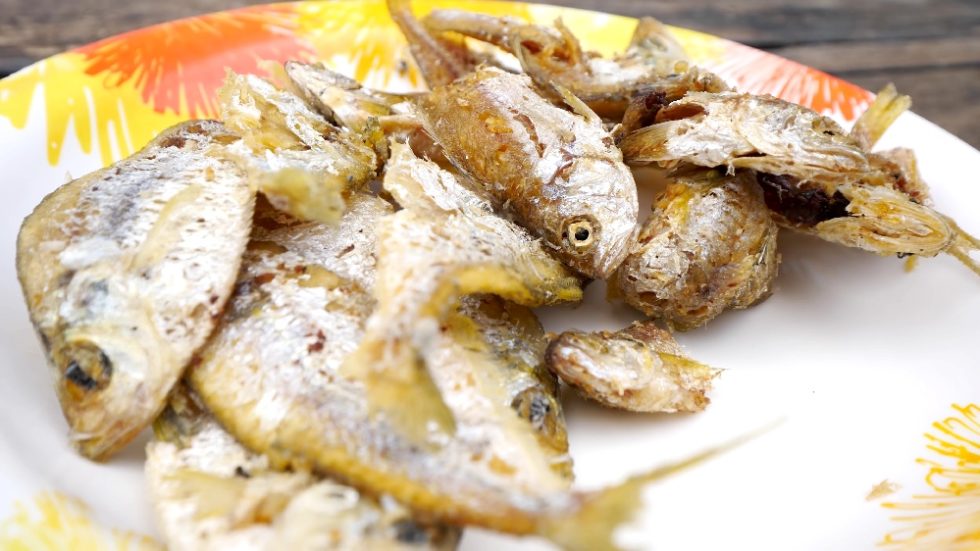 All of the women were cooking fish, chicken, and kenkey all around us. It was a full-on feast for the senses! What an amazing way to start my day! 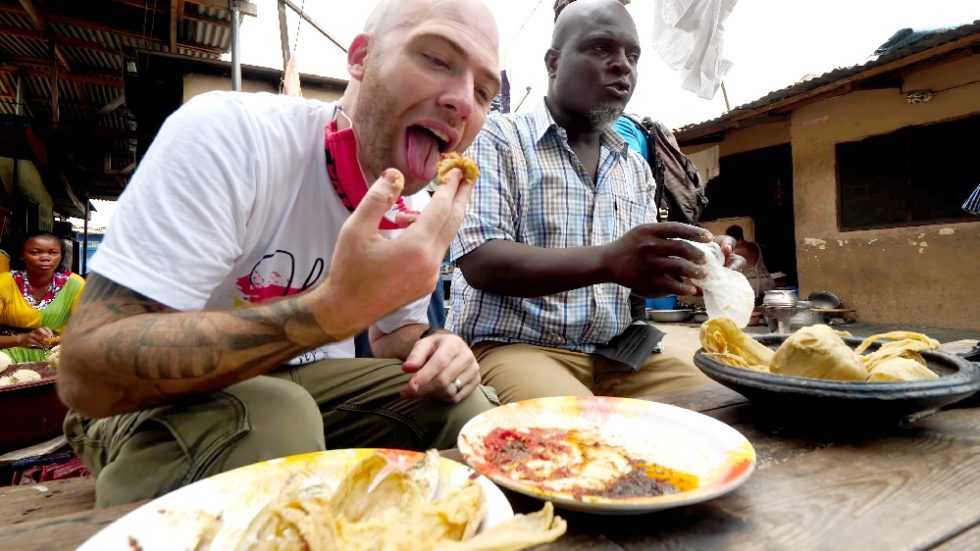 We continued on through Usshertown, down alleyways between houses. I saw locals making hard covers for books and notebooks, which they then sell to stores. It was a book factory! 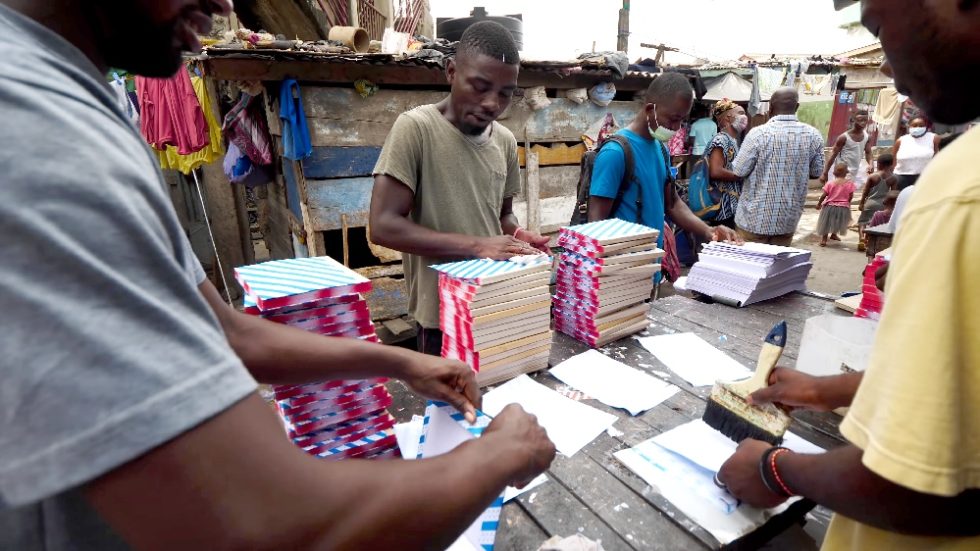 Some of the houses along the lane were factories, while others were homes. We continued on and came across some murals on the sides of buildings. One promoted unity, while others were of birds, a woman riding a horse, Ghanaian symbols, and more. 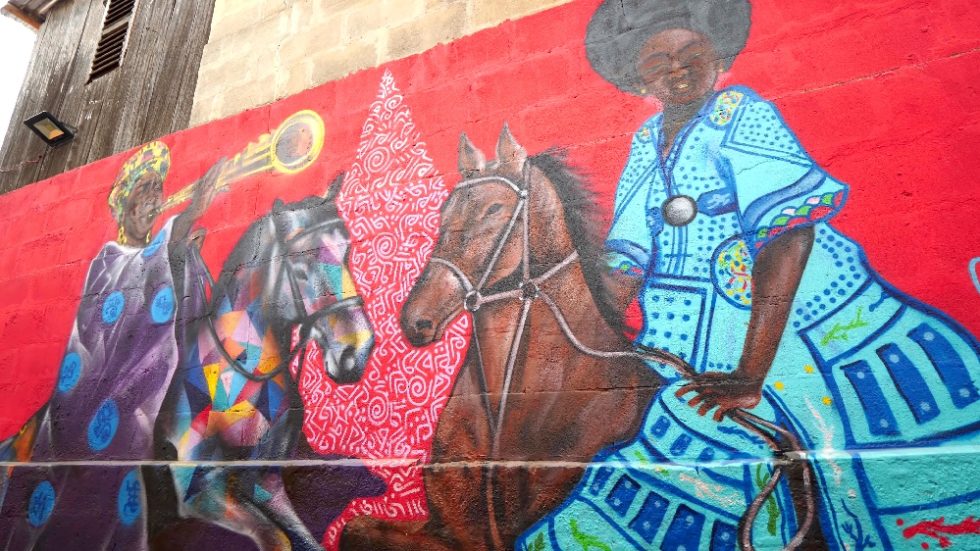 There were so many murals, and almost all of them were of women on horses. The backstreets were like a maze.

Check out my VIDEO: Diverse Surinamese Food Tour Around the Capital | Paramaribo, Suriname

Then, we came across some locals making some fruit candy, which they sell in little bags. It’s sweet and sour, and like a fruit paste. It was a little too sweet for me! Further on, I saw vendors selling onions, glasses, and more. 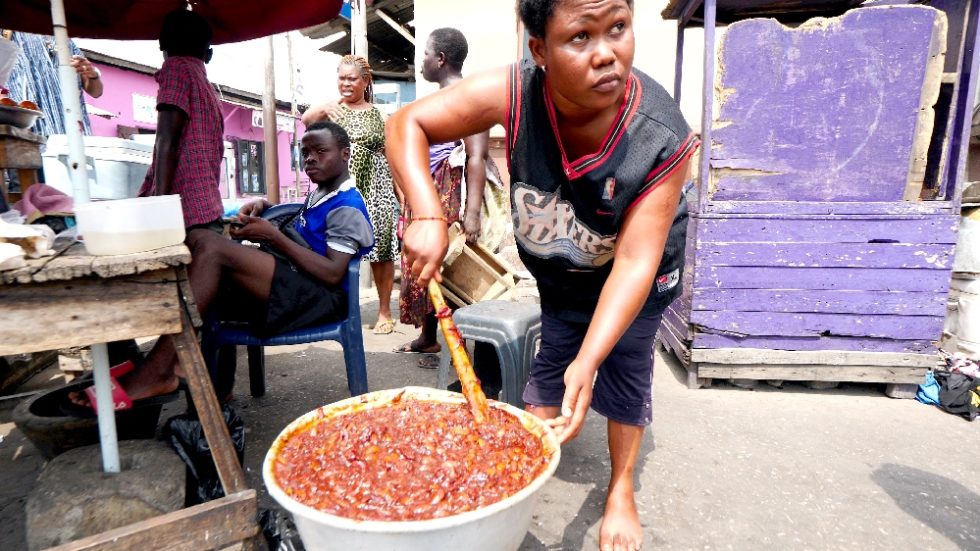 In the next area were houses adorned with the images of people who have passed. A white cloth was draped outside for an 81-year-old woman who lived a long life, while a red cloth was tied for a 40-year-old man who died a painful death. 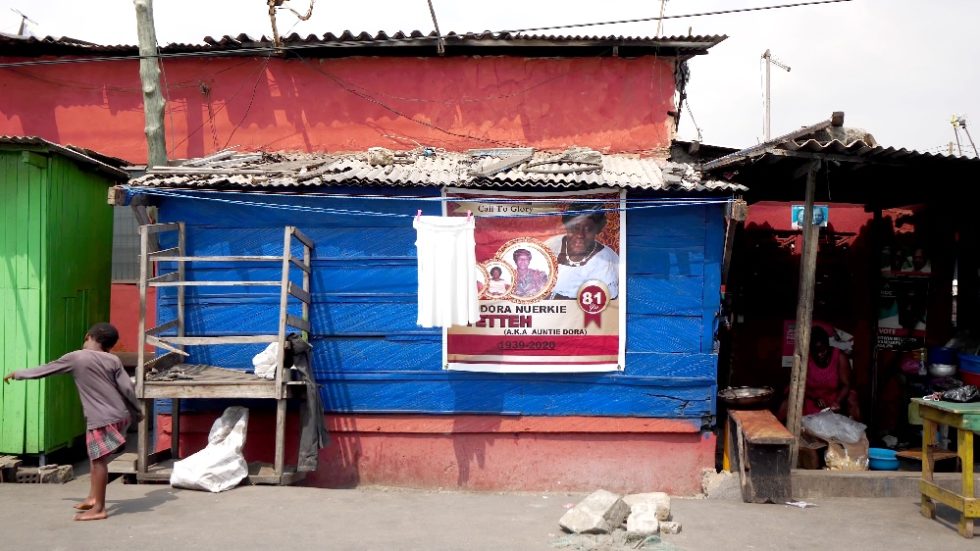 We continued through the tight backstreets on our way to the Jamestown Lighthouse. It was built in 1930 and replaced one built in the 1870s. It’s 92 feet tall! Nearby are Fort James and Ussher Fort, which were built in the 17th century. 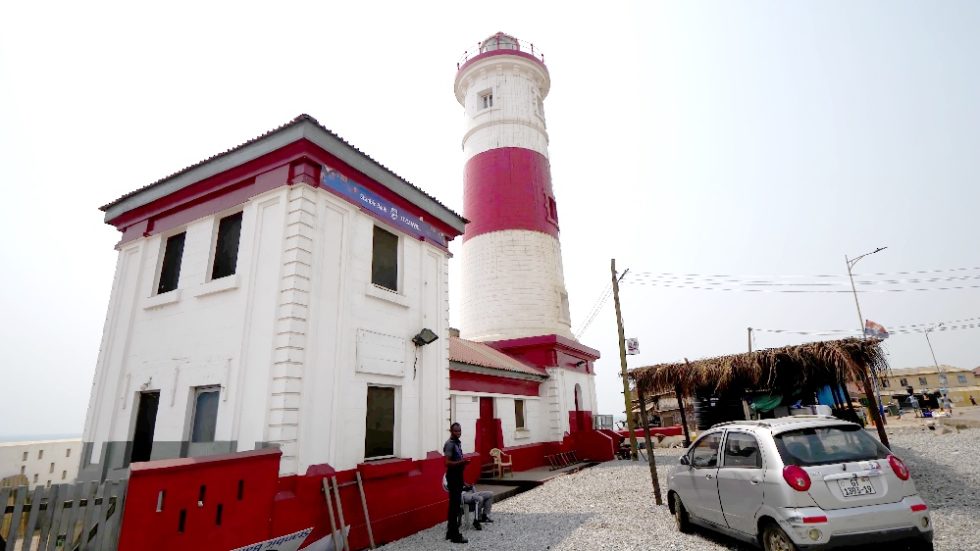 From the fort, we had views of the fishermen’s port. It was the first and main harbor in Ghana. 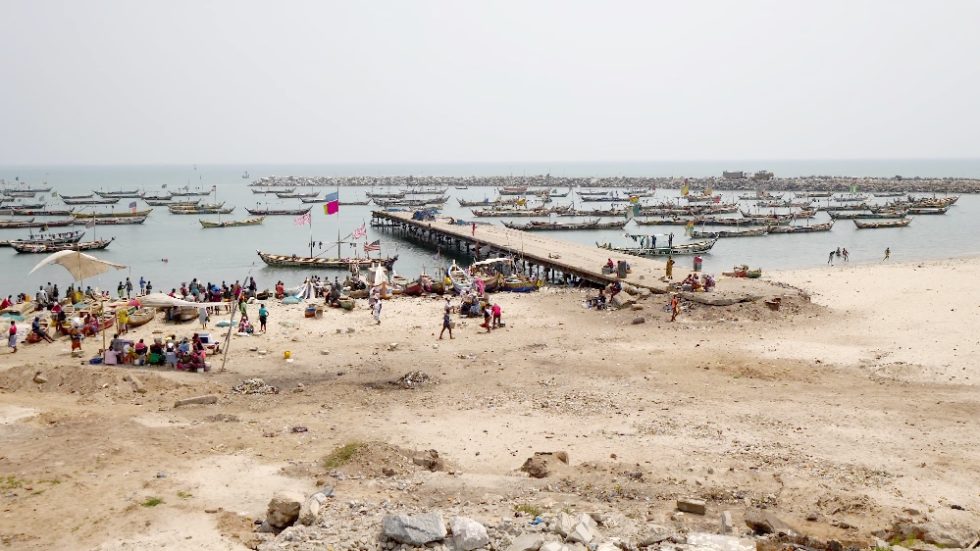 Next, we walked down a famous street that’s home to the Estabon people. They were slaves from the 1840s who were allowed to return to their homeland after getting fed up with their captors.

We came across a man butchering some tuna, a woman who cleans and marinates it, and another who smokes it. They smoke it for roughly 3 hours. Then, we saw the little field where the best boxers and soccer players from Ghana practice! 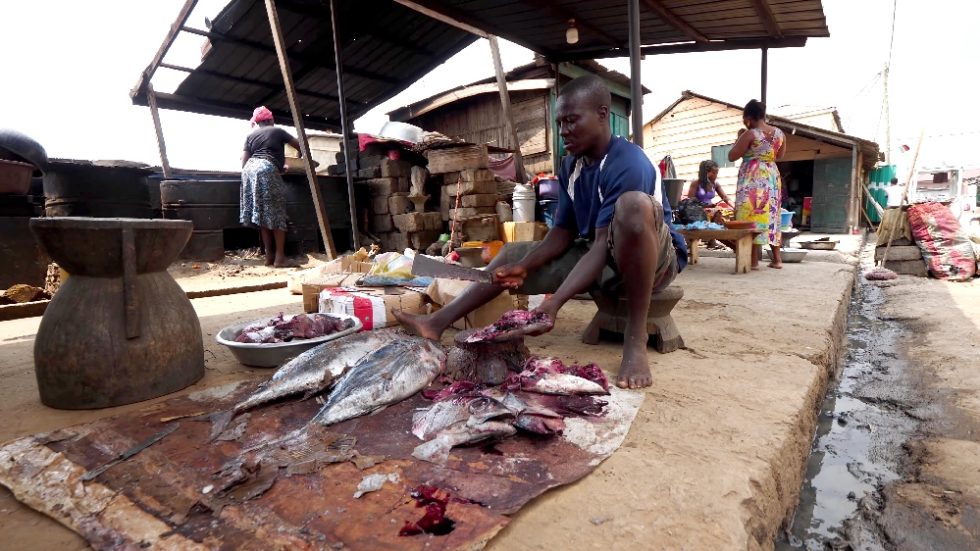 Huge thanks to Isaac and Apollo from Jolinaiko Eco Tours for taking me on a traditional Ghana street food tour of Accra, Ghana! I also have to thank my friends at OLMA Colonial Suites for hosting me during my time in Accra. It’s the best place to stay in town! 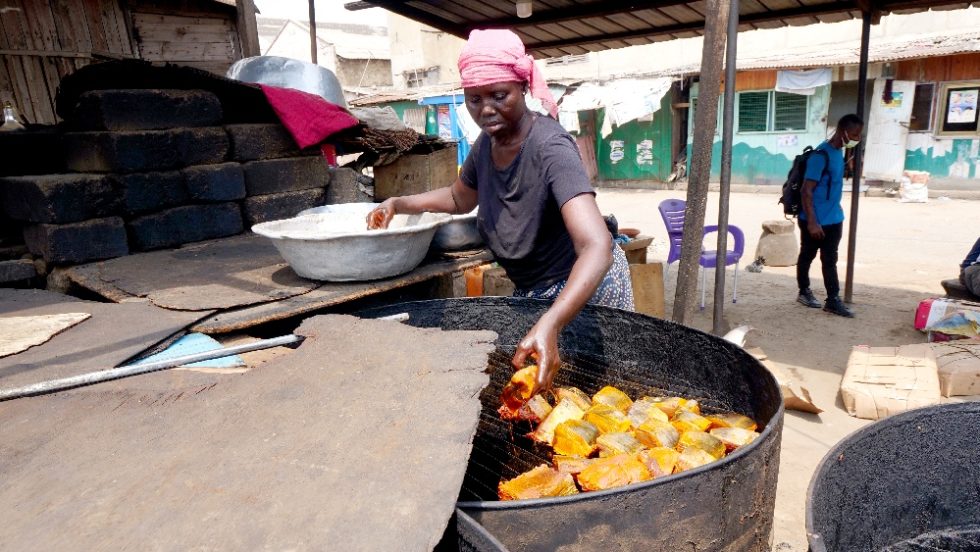 I hope you liked coming with me on my first traditional Ghana street food tour on my first day in Accra, Ghana! If you did, please give this video a thumbs up and leave a comment below. Also, please subscribe to my YouTube channel and click the notification bell so you don’t miss any of my travel/food adventures around the world!