For this adventure, I teamed up with my friends at Get Your Guide. I met up with my guide, Grace from Miami Culinary Tours, who put together an amazing tour of Little Havana for me. Little Havana is one of Miami’s most famous neighborhoods and is known for its massive Cuban-American population. 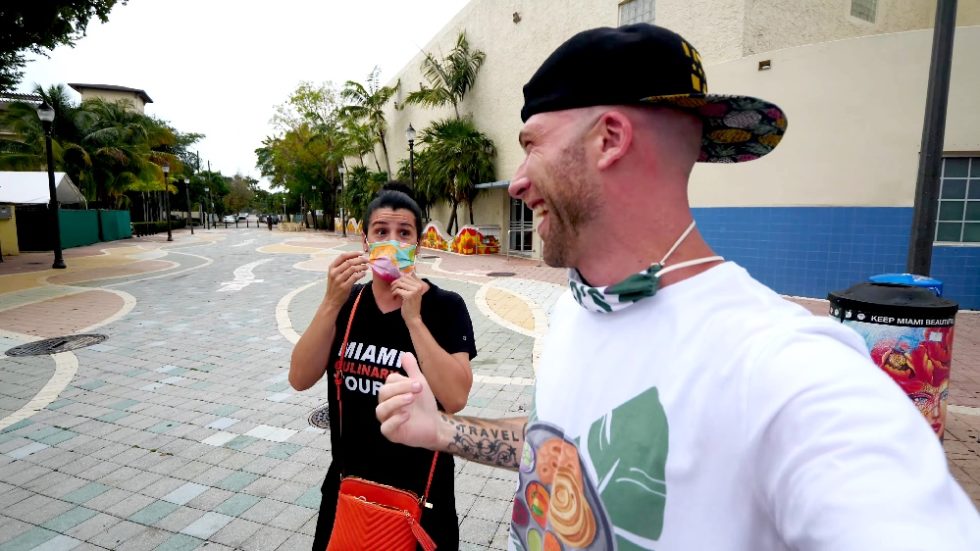 We headed over to Old’s Havana Cuban Bar & Cocina, one of the area’s authentic Cuban restaurants. It looks small but has an old-school diner feel and an outdoor terrace. We ordered picadillo tostones, a Cuban sandwich, and a mojito! 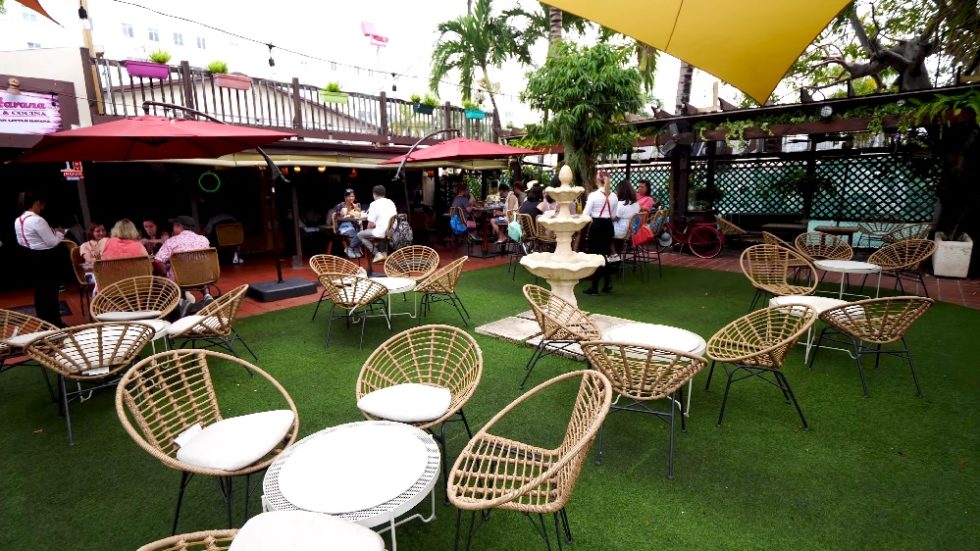 The mojito was really refreshing. The picadillo tostones were made from mashed green plantains stuffed with ground beef and beans. They were so delicious! 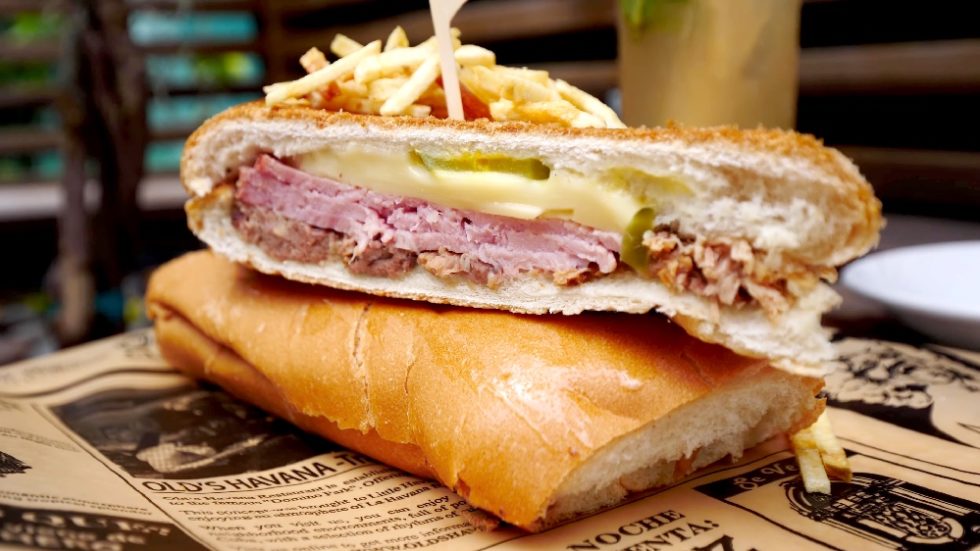 The Cuban sandwich contained roasted pork, ham, swiss cheese, pickles, and mustard. It came topped with fritas, or tiny French fries, which I put inside the sandwich. It’s the one sandwich you have to try in Miami. The flavors all work so well together, and the toasted bread is fantastic!

Next, we headed to La Fruteria, where you can get fresh fruits, juices, smoothies and even local honey. There, we’d get some guarapo, or sugarcane juice. It’s basically a fruit stand reminiscent of the ones down in Homestead! 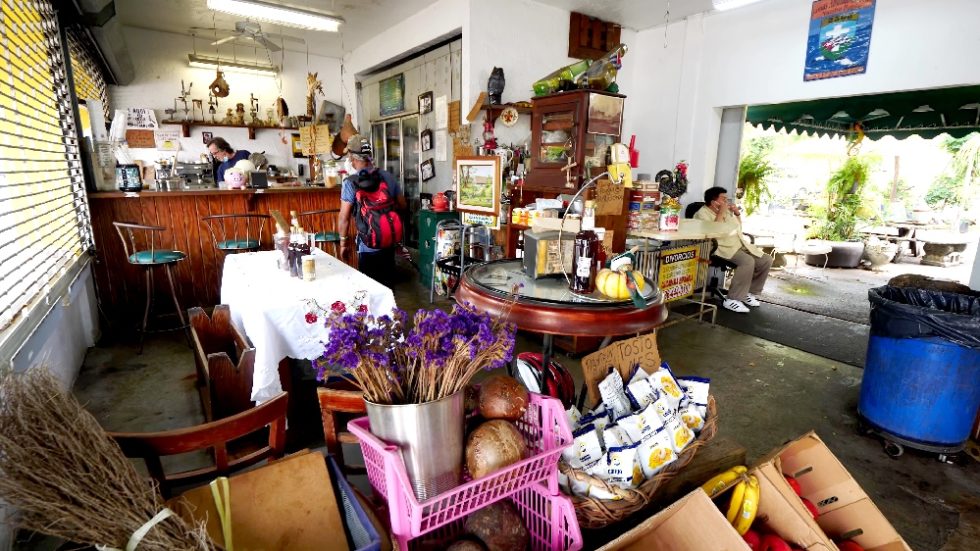 They ran the sugarcane through a presser. I love guarapo. I have it all the time on the streets of India. It’s so refreshing and cools you off in hot weather like the kind we have in south Florida. It is super sweet! 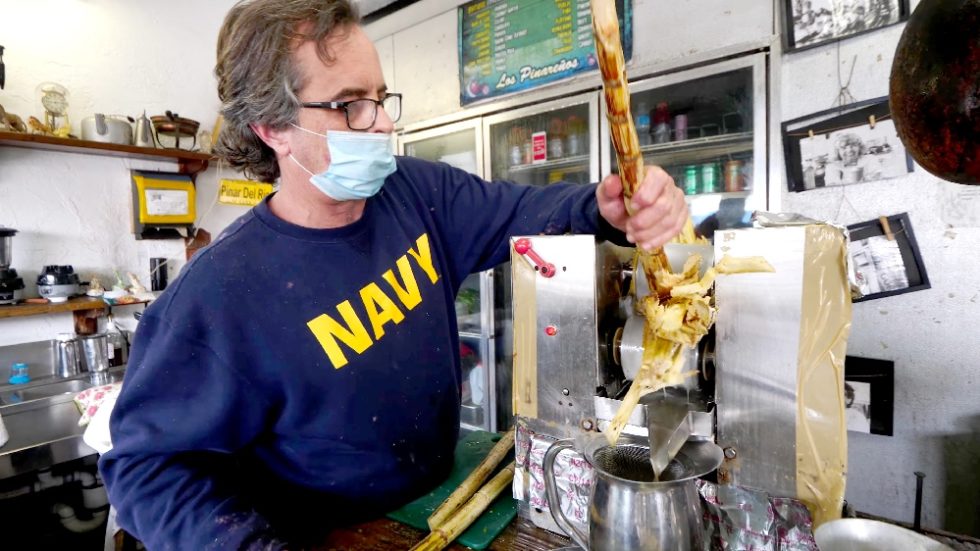 Then, we headed to Guayaberas, which is a shop that sells Cuban clothing. They sell traditional Cuban shirts and hats of different qualities. A typical guayabera has four pockets, which were traditionally used by farmers to hold guayaba, or guava. 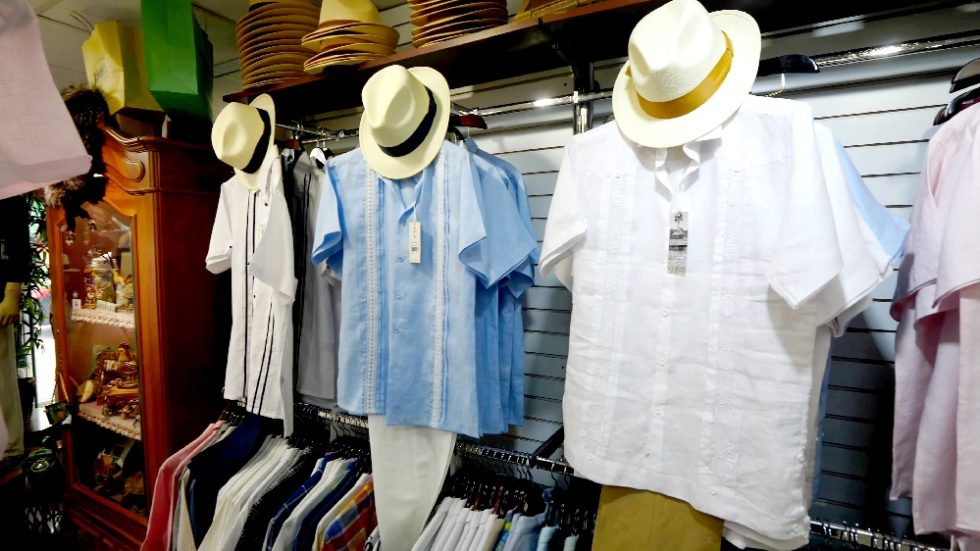 From there, we went to have some churros at Churro Mania. Churros are cylindrical pastries made from fried dough. They’re popular throughout Latin America and Spain. They can come topped with cinnamon sugar and you can dip them in chocolate, dulce de leche, or hot chocolate. 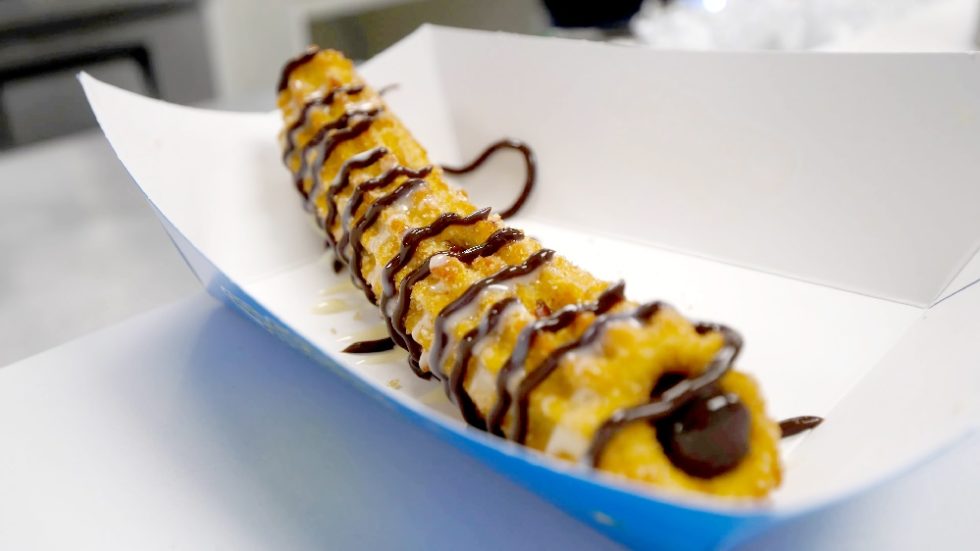 My favorite churros of all time are in Madrid. These classic churros were topped with brown sugar and were thinner because they weren’t stuffed. They’re similar to funnel cakes or elephant ears and are crunchy on the outside and spongy on the inside 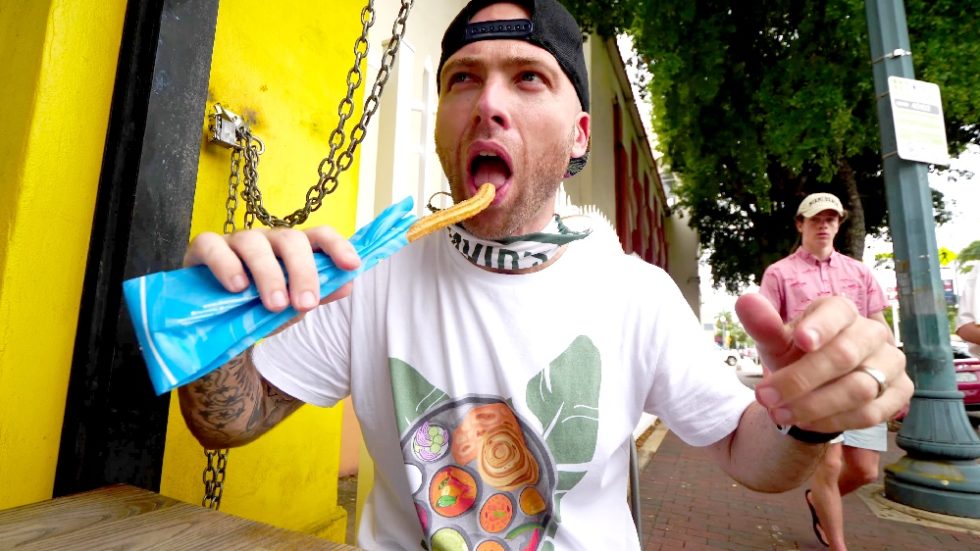 Then, we stopped at El Pub Restaurant to have some Cuban empanadas and a Café Cubano or Colada. It’s basically a double espresso and contains lots of sugar. Locals typically pour the Colada from the large cup into smaller cups to share it with others.

Check out my VIDEO: Diverse Flavors of Miami Food Tour

The empanada de carne contained minced meat, onion, garlic, cumin, bay leaves, picadillo, and olive oil. It was stuffed with tons of meat. I loved how big and juicy it was. 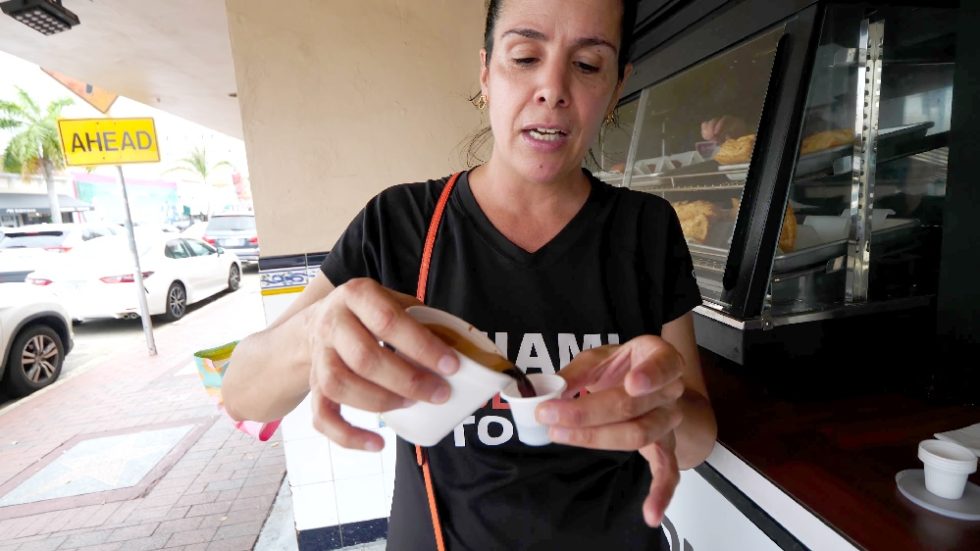 El Pub Restaurante is very famous—lots of movies and TV shows have been filmed there, including Ballers with Dwayne Johnson! 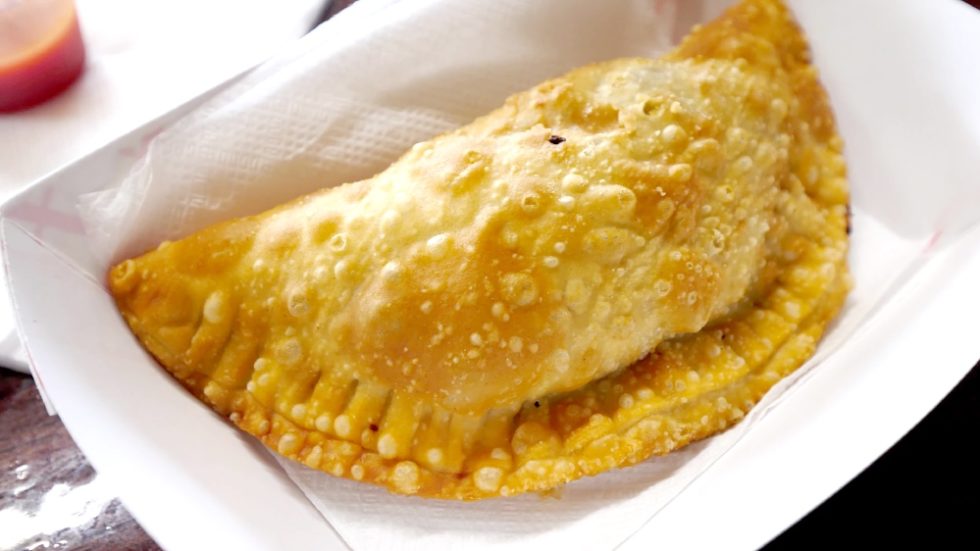 Next, we headed to get more sweets at Azucar, a Cuban ice cream shop that sells 80 flavors. The Abuela Maria is the signature flavor, but they also have key lime, guayaba, Nutella, Pina Colada, Platano, and even Coca Cola flavors! 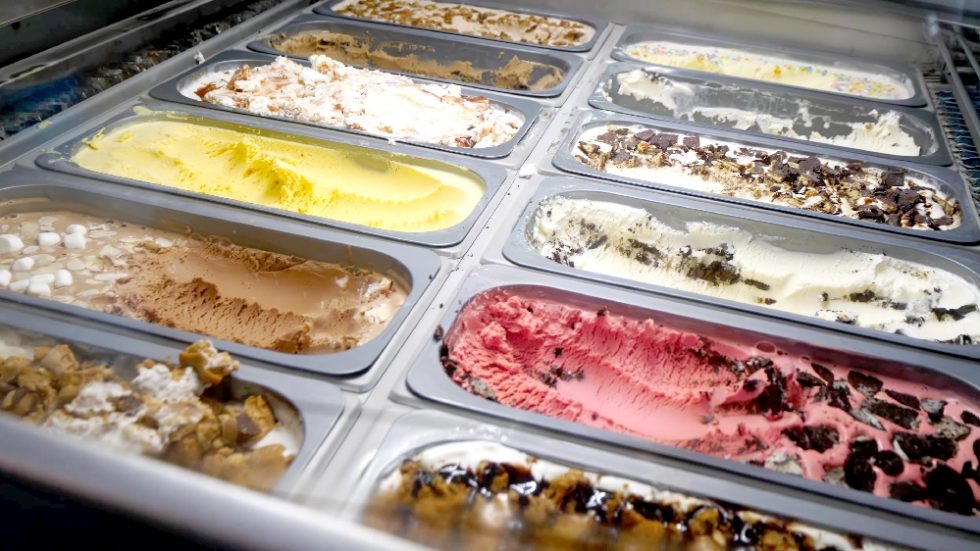 Outside, I tried the Abuela Maria, which contains cookies, guayaba, and cream cheese. It almost tasted like one of my favorite Spanish snacks, membrillo. 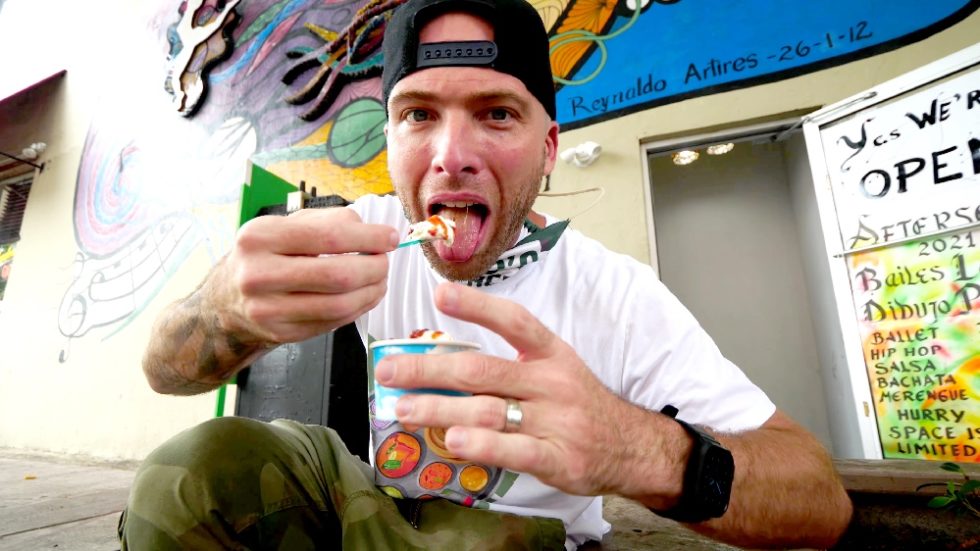 It’s super sweet and full of amazing crunchy and creamy textures. It was the perfect palate cleanser after the empanada and an amazing way to end my Little Havana Cuban food tour! 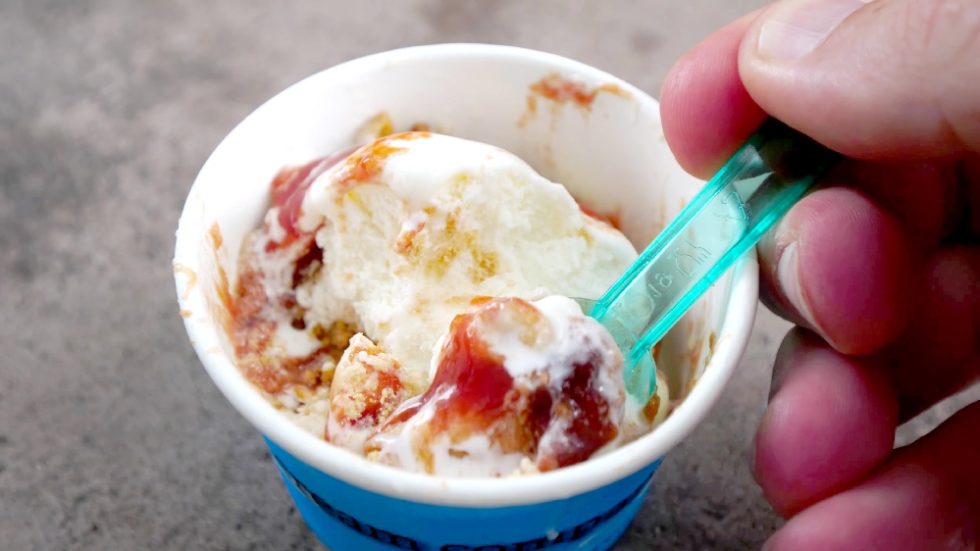 If you want to go on this tour, you can book it at www.getyourguide.com! Huge thanks to them and to Grace for taking me on this unforgettable food tour!

Check out my VIDEO: The Ultimate Italian Food Experience at La Centrale in Miami, Florida

I hope you liked coming with me on my Little Havana Cuban food tour in Miami. If you did, please give this video a thumbs up and leave a comment below. Also, please subscribe to my YouTube channel and click the notification bell so you don’t miss any of my travel/food adventures around the world!