My day started in Rawalpindi, the sister city to Islamabad, with my friend Rashid from Manaky. Rawalpindi is only a 15-minute drive from the capital. There’s a huge commercial market and bazaar there, but I was going to start with some breakfast at The Refreshment Center! 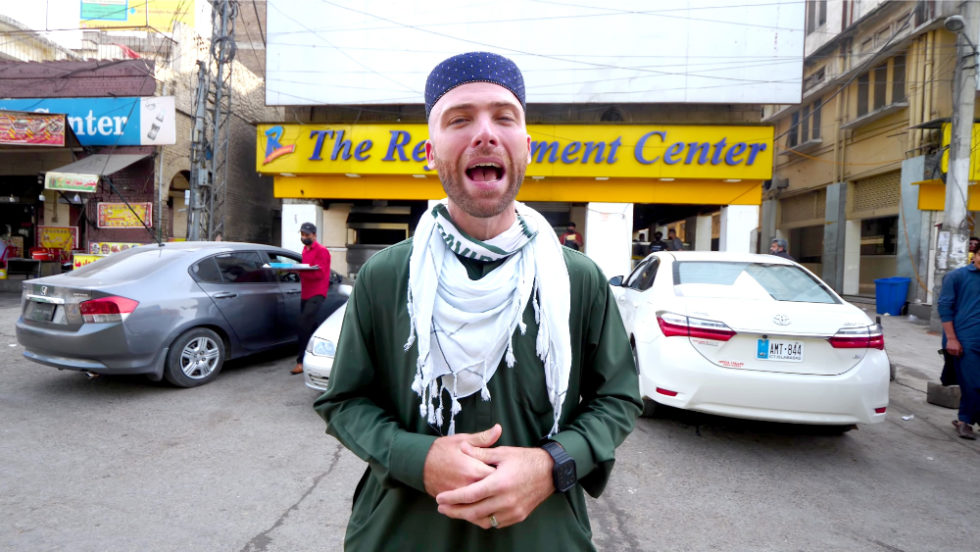 I was going to have some nihari, which is a Pakistani beef stew in gravy with bone marrow and brains. It’s a little exotic but is one of my favorite Pakistani dishes. I’d also have a puri, some halwa, roghni naan, and channa. 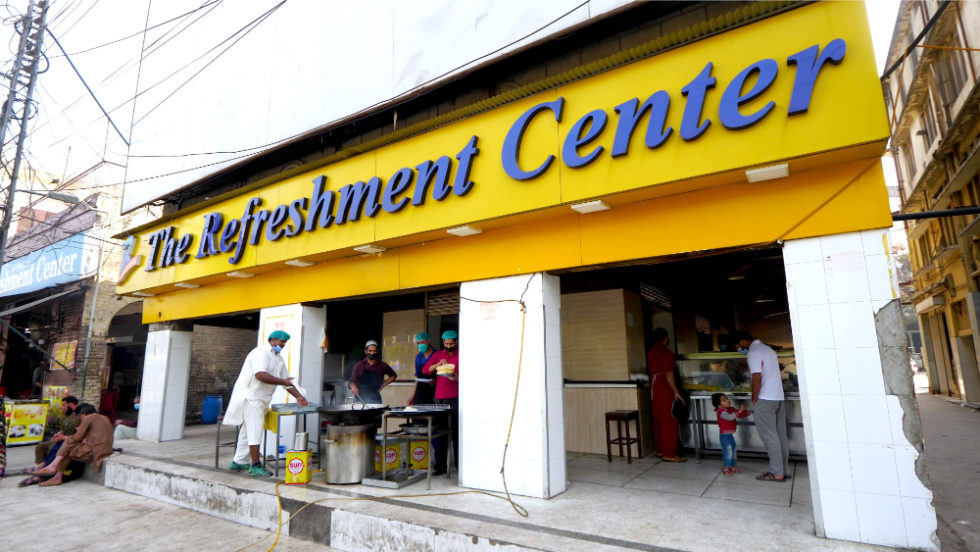 The roghni naan is almost like a pizza crust and is chewy and tasty. It paired perfectly with the savory nihari, which is soft and tender and contains chilies. I loved how fatty and oily it was!

Eating the puri with the chana and the halwa was excellent as well. The chickpeas in this chana were smaller than usual, but they were so tasty! The sweetness of the halwa with the savory chickpeas was great, but I also liked the chana without the halwa! 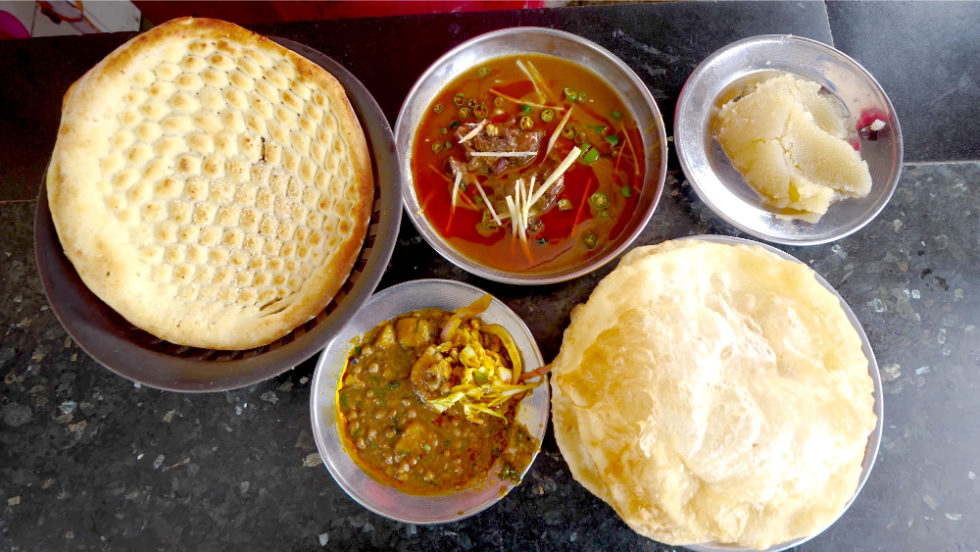 Halwa puri is a very common dish, but it’s so different everywhere you get it. This one was very different from the others I’d had! 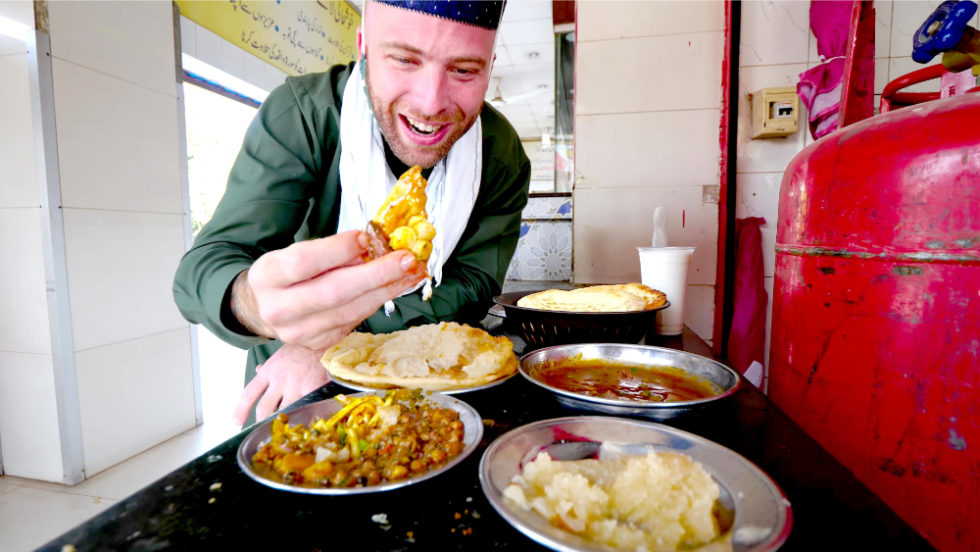 But the star of this meal was the nihari. It’s so soft and such a palate-pleasing dish. It’s so savory and practically disintegrates in your mouth like butter! This one didn’t contain brains, which come separately. I couldn’t get enough of it. 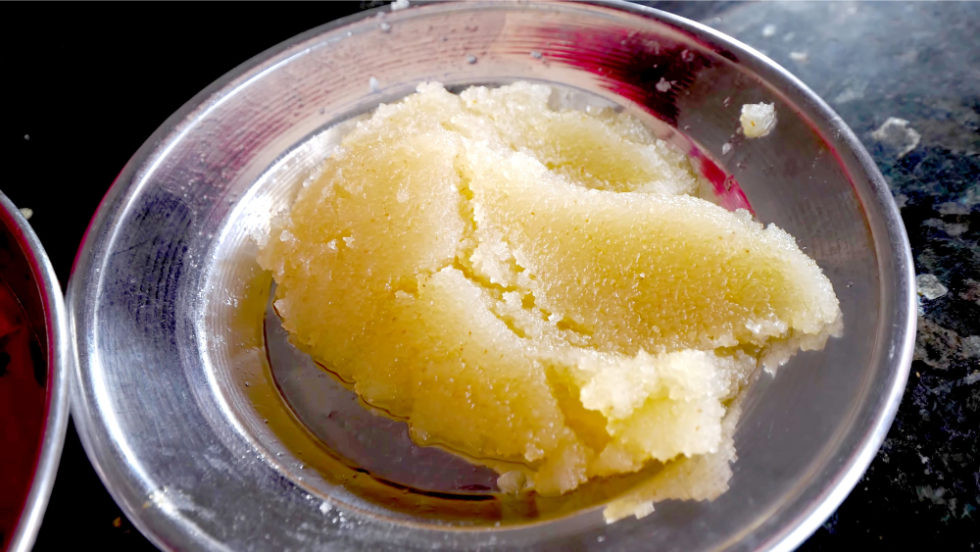 This nihari contained chilies, but they were thin, so they had a real kick to them! I had learned from Saman Ansari, a famous Pakistani actress, the previous night that the bigger or thicker the chili, the less heat they give off! 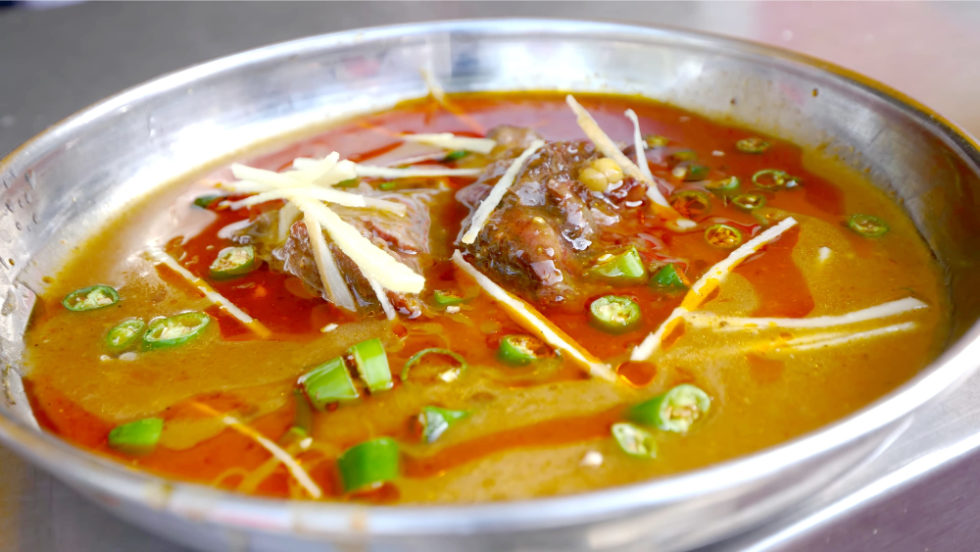 Then, I went for some lassi, which had a nice, thick layer of yogurt or malai on top. It calmed down the heat in my mouth! 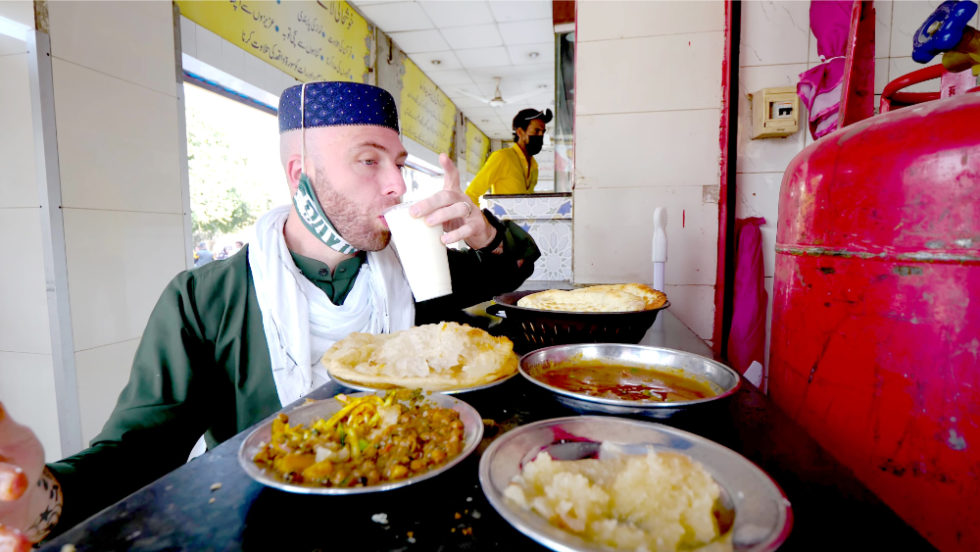 I preferred the naan to the puri, but both worked so well with the nihari. I’d never had a beef stew like it in my life. What a delicious way to kick off my day! 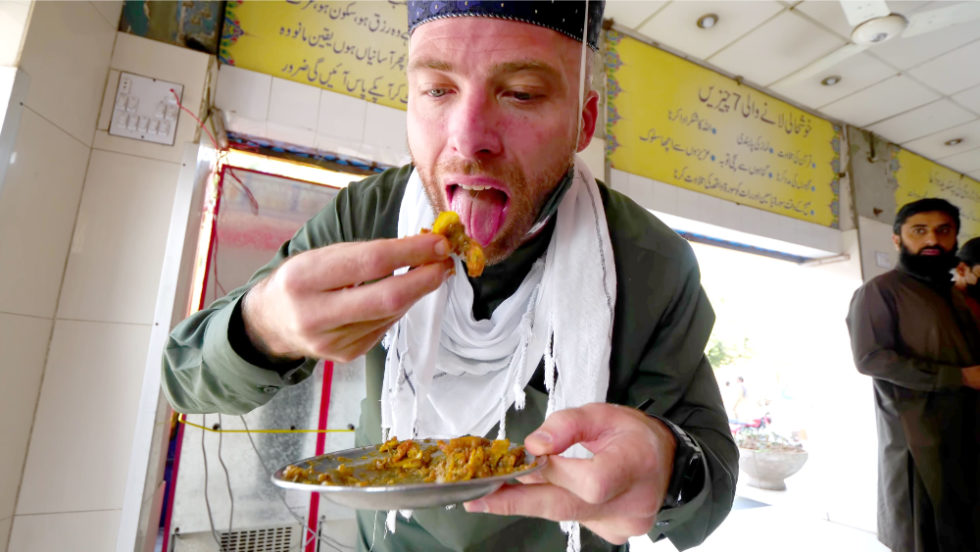 After eating I headed across the street to get some chai made with doodh patti. I’d had some in Peshawar. It makes the chai super rich and creamy! 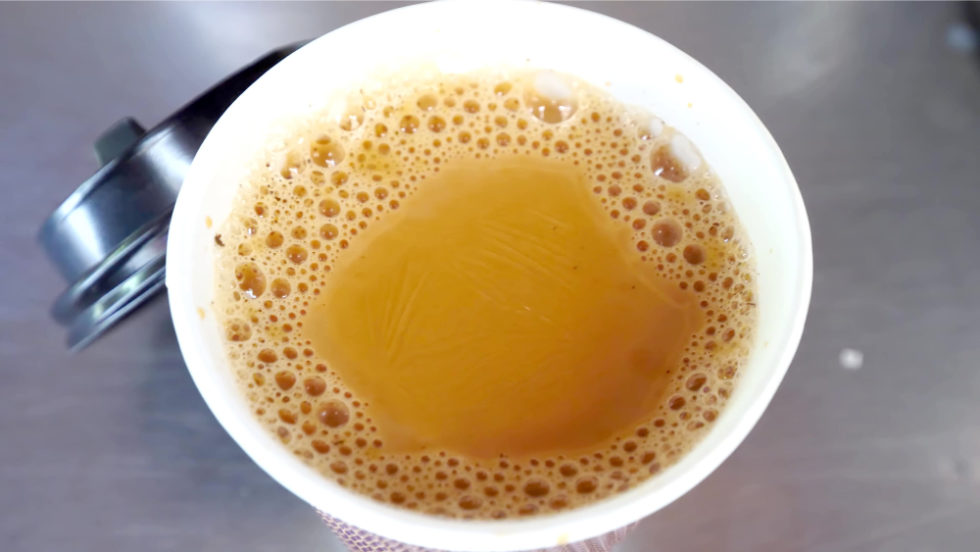 As we got ready to leave, a vendor invited me over to try malpua, a crispy and doughy biscuit. It was sweet and the inside of it looked like halwa!

Then, Rashid and I headed out to explore the market. I could see vendors selling street food, vegetables, fruit, and even sunglasses. From bananas to oranges to bananas to strawberries, they had it all! 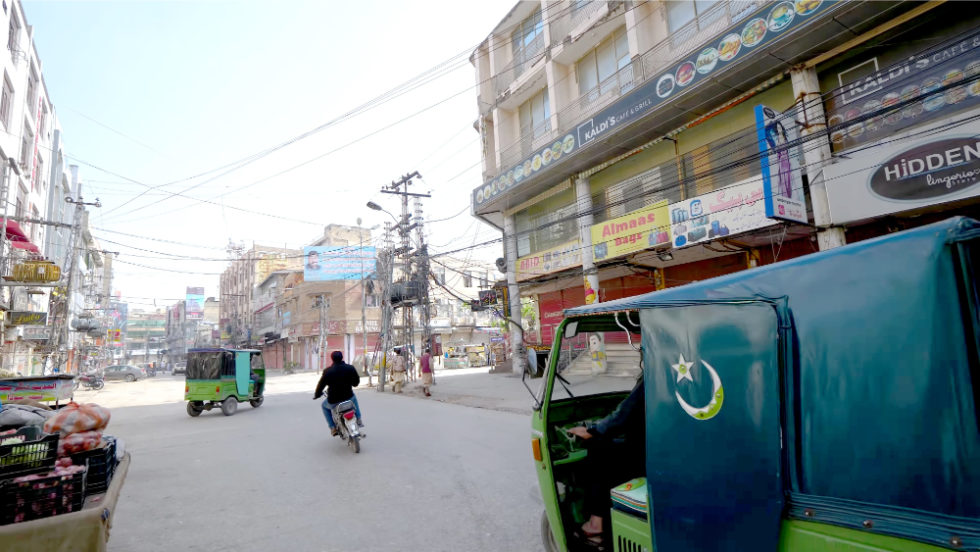 Next, we visited a butcher shop, where they had lamb and goat carcasses hanging up, as well as ribs, organs, and more. They also had huge slabs of mutton fat and were skinning goat legs! 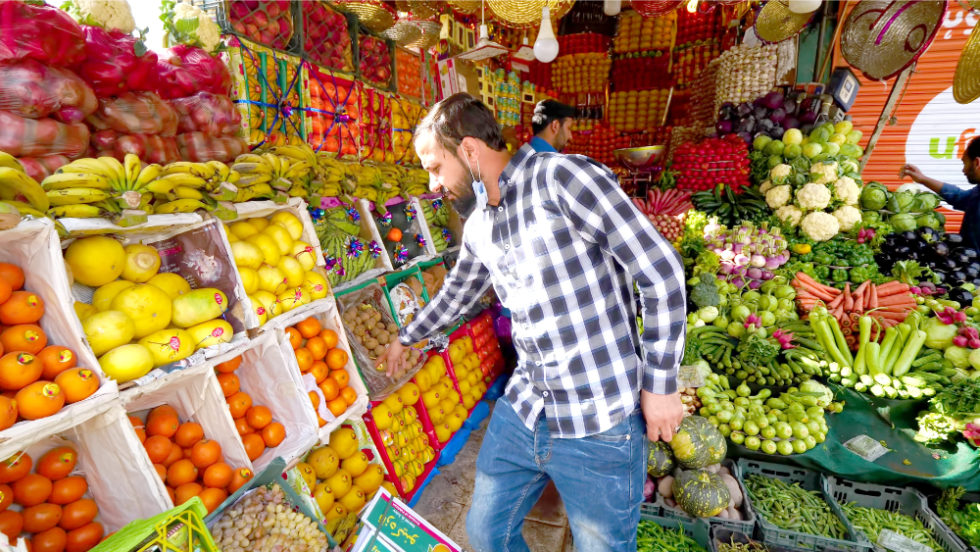 It was a raw and authentic look at real Pakistani life! From there, we continued on to another butcher who had lots of chickens in a cage. Overall, the market was like a ghost town since it was a Friday morning and it was still opening. 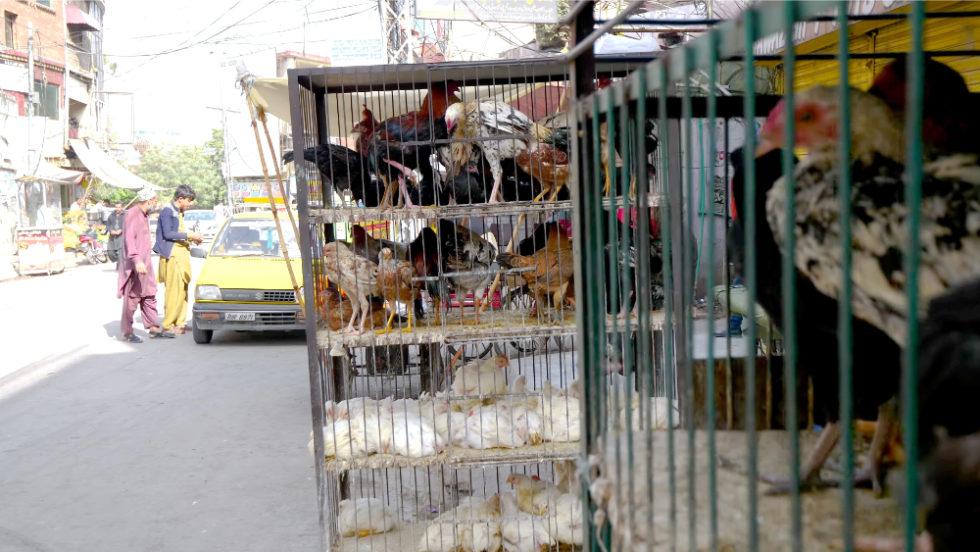 Then, I came across Bonanza Satrangi, a clothing store with many branches around the country. They sell shalwar kameez, which is a traditional outfit of a loose-fitting shirt and pants. They’re worn throughout south and central Asia! 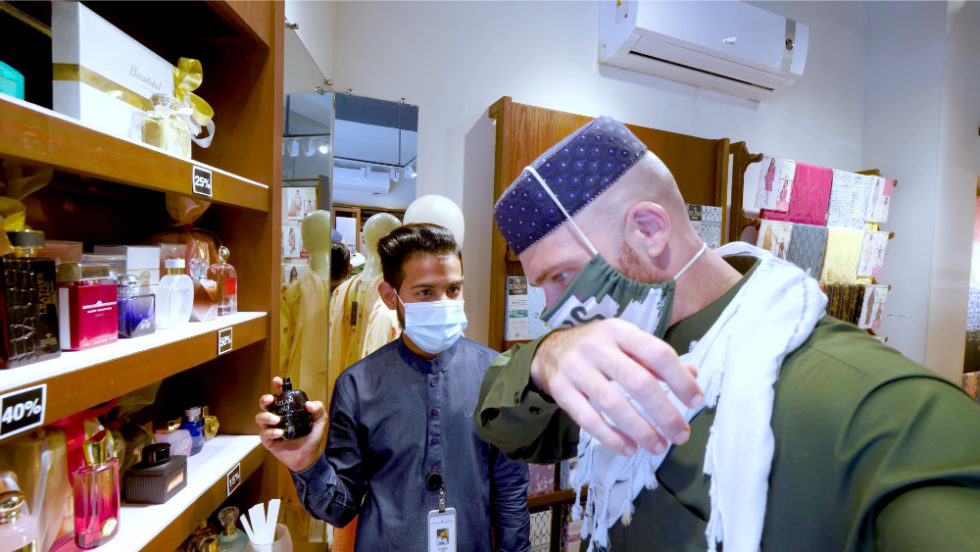 I’d bought a green one at their branch in Karachi but I’d been looking for a white one for days now. This branch’s selection was smaller but they also sold lots of vests, shirts, and other items for men on the second floor. My shalwar kameez cost 5,680 rupees/roughly $40 USD.

Then, I sampled some colognes for men. They also sell women’s clothing on the lower level and bedding!

All in all, I wish the market had been more lively with more shops open so I could check them out, but my Pindi street food breakfast of champions in Rawalpindi, Pakistan was still a memorable experience! 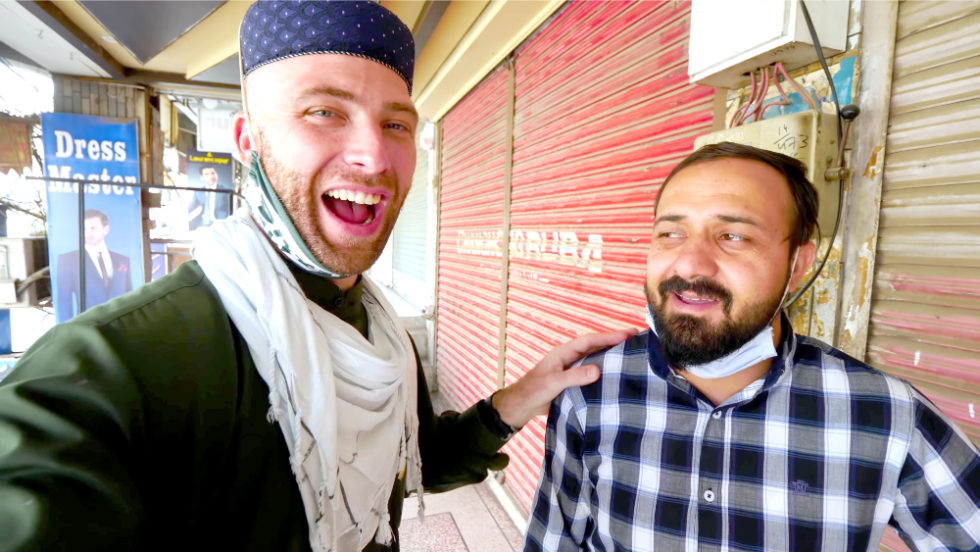 I hope you liked coming with me on my Pindi street food breakfast of champions in Rawalpindi, Pakistan! If you did, please give this video a thumbs up and leave a comment below. Also, please subscribe to my YouTube channel and click the notification bell so you don’t miss any of my travel/food adventures around the world!