Gilded cathedrals, old buildings clinging to hillsides, angular modern architecture and of course, sweet Port wine all greet you in Porto, Portugal’s second largest city. Overlooking the Douro River, Oporto, as it is known in English, was founded as an important port city between Lisbon and Braga. 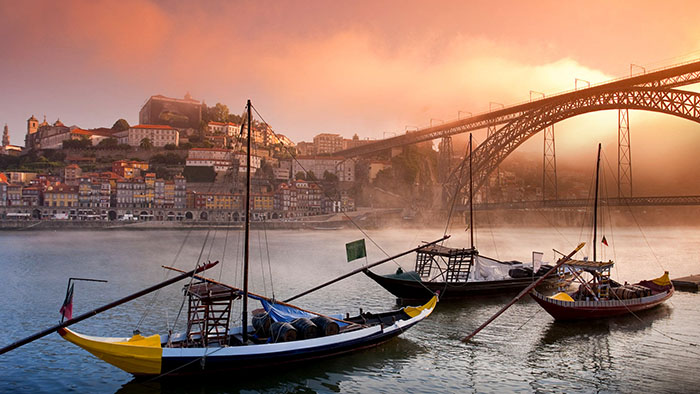 With its hilly streets and medieval flair, the city serves as a link between the modern day and the more ancient traditions. In the last twenty years, improvements to the Metro and bridge systems have modernized the city but the historical churches, squares and monuments still retain their old-world charm. One of the most ancient European cities, its city center was classified as a World Heritage site in 1996. The center consists of the outer “Protected Area,” a 14th-century Romanesque wall, and the inner “Classified Area,” a medieval borough. 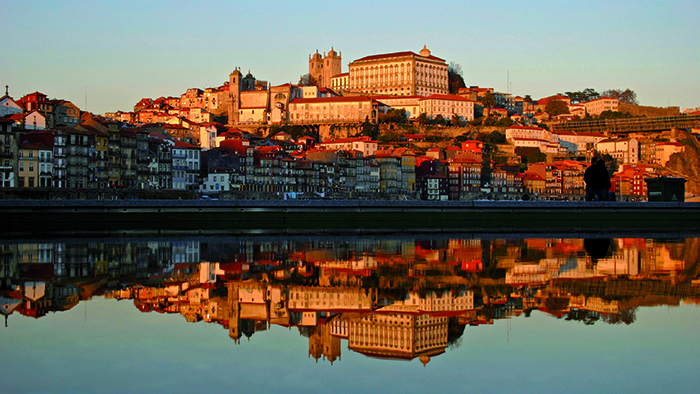 On every street corner, visitors will find numerous monuments, including the She Changes sculpture by Janet Echelman on the Waterfront Plaza of Matosinhos, that prove Porto’s reputation as an artsy and architectural city. The city is also well known for its biggest export, Port wine. Produced exclusively in the Douro Valley, this sweet, fortified wine is typically served with dessert, and can be found at many of the restaurants in town.

Walking is the best way to explore the city and its historic stone buildings. Public transportation makes it easy to get around Porto. The city’s Metro network has five lines and is complimented by a network of buses, trams and trolleys. Another option is to take a cruise along the Douro River and see central Porto from another perspective while taking in its six bridges. 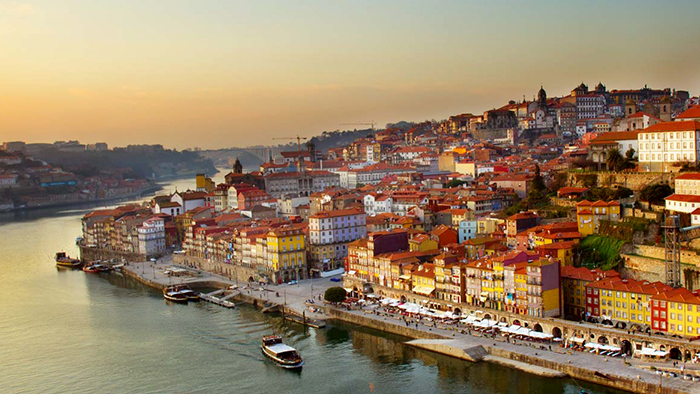 Nestled along the Mediterranean, Porto’s climate features warm, dry summers and cool, rainy winters. During the summer, the nearby beaches provide a refreshing escape from the heat of the city. In winter, high temperatures average 57°F (14°C) and it rarely reaches freezing. During the summer, highs hover around 74°F (23°C) on average, with lots of sunshine. 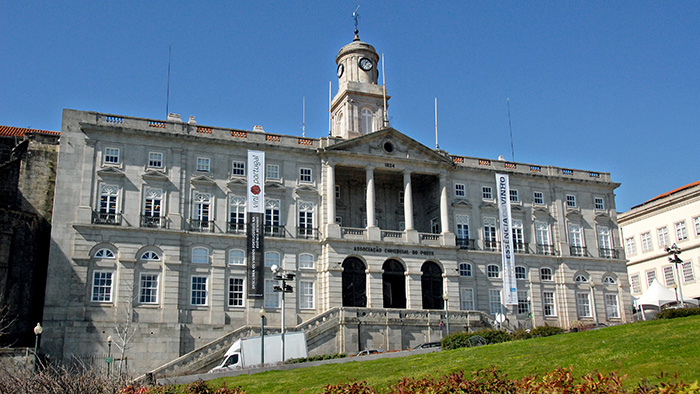 A designated UNESCO World Heritage Site, Palácio da Bolsa is located in the Infante D. Henrique Square in the center of Porto. It was built in the 19th century by Porto’s Commercial Association and features a neoclassical design by several artists. Classified as a national monument, it took three generations of artists and craftsmen to complete. 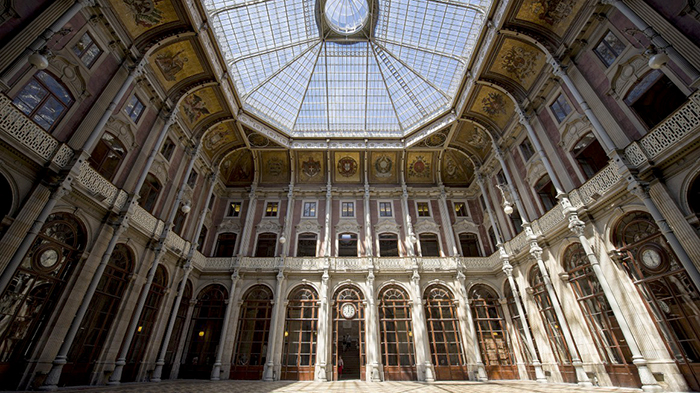 While the inside could be mistaken for a royal palace, it was originally built as a national stock exchange to impress European investors. Inside, visitors will find a spectacular glass dome in the center covering the Hall of Nations, an elaborate staircase, numerous paintings and waiting room, as well as some very elegant décor. The palace regularly hosts debates, auctions, exhibitions, shows, and business meetings. 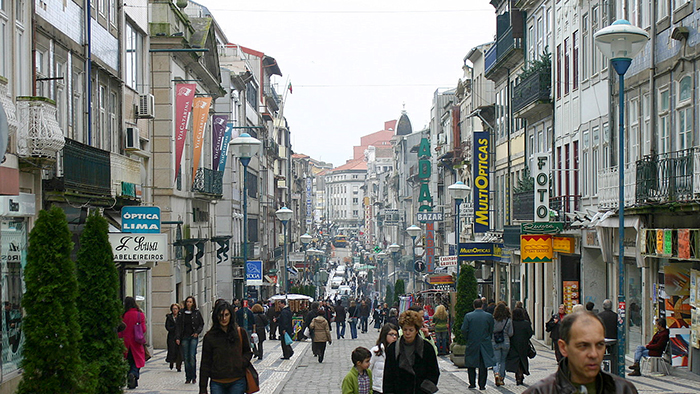 Rua Santa Catarina is the main pedestrian walkway in Porto and is a hot spot for stores, cafés and boutiques. Wander down this path to soak in the stunning local architecture and window shop at your leisure. Locals and tourists alike frequent this main Porto street. Most shops are open Monday through Friday from 9 a.m. until 1 p.m. and 3 p.m. to 7 p.m. 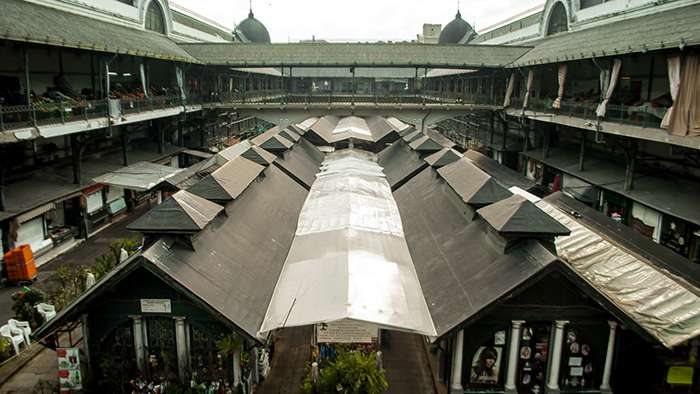 Bustling and colorful, the Bolhão Market is the best known of Porto’s markets. Located on Rua Sá da Bandeira in the center of Porto, this two-story market was originally built in the 19th century. It currently features vendors selling fruit, cheese, bread and other baked goods. It is also a great place to see the latest fresh catch from the ocean and sample some typical Porto snacks. Conveniently located near Porto’s central train station, Sao Bento, it is also close to Rua Santa Catarina. 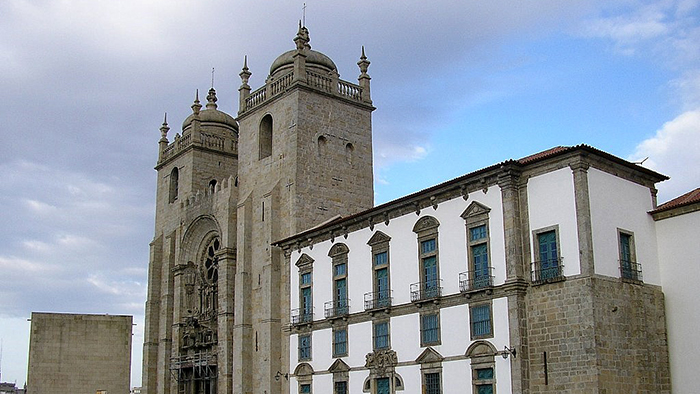 Porto’s largest church features paintings, ornate carvings and a Romanesque rose window. Completed in the 12th century, the cathedral has been remodeled and added on to over time. It houses a special collection of 150 liturgical ornaments, hangings, books and silverware from the 15th to 19th century. Don’t miss the gorgeous 18th century blue and white Portuguese tiles on the outside of the cloisters. The Canticle of Canticles, which is a Bible story from the book of Solomon, inspired their design. 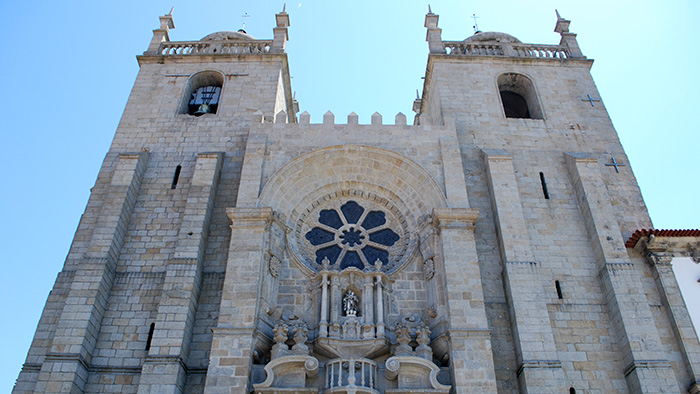 During the baroque period, Porto Se Cathedral was completely remodeled, but visitors can still see the façade of a more primitive fortress church along with the old battlements. Inside the cathedral, visitors will find gothic cloisters and religious sculptures from the 14th and 18th centuries. An admission fee is required to see the cloisters. The church’s terrace offers nice views of old Porto’s rooftops. 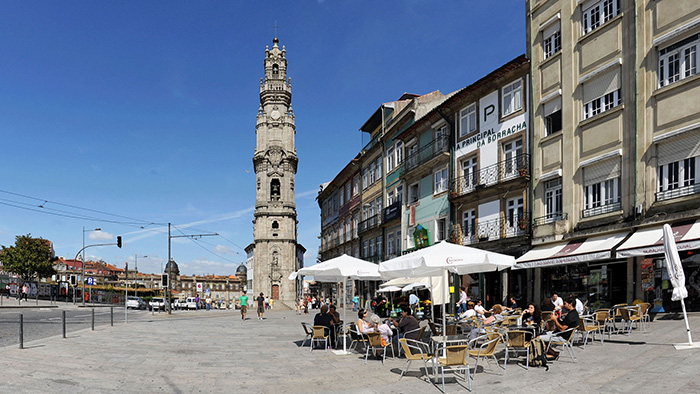 Standing tall at 76 meters, this 18th century tower was Portugal’s highest when completed in 1763. Designed by architect Nicolau Nasoni, Clérigos Tower has six floors and a 225-step stairway leading up to the balconies. The top offers a spectacular view of Porto and some amazing photo opportunities. 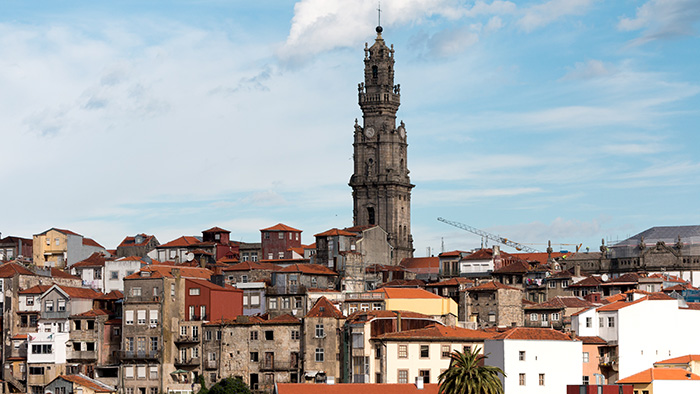 Because of the baroque bell tower’s prominence along Porto’s skyline, sailors often used it as a guide when entering Cais da Ribeira. Next door, you can find a fine example of baroque and rococo architectural styles at the oval-shaped Igreja dos Clérigos. The church features a pipe organ from 1774 and elaborate engravings. 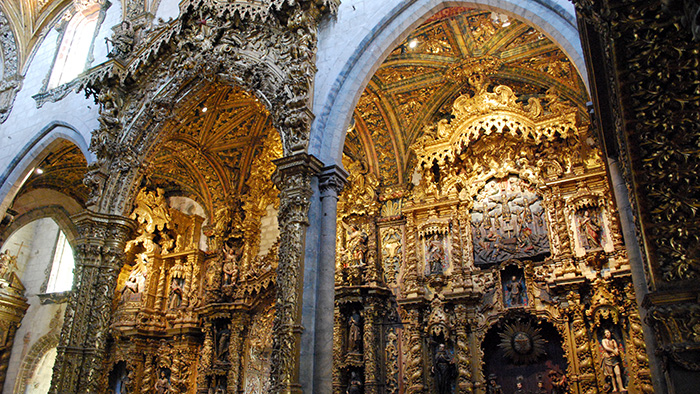 While not the largest cathedral in town, the Church of San Francisco is considered by many to be Porto’s most beautiful. The church’s simple 14th century gothic and baroque shell belies its lavish, gilded interior. Pure gold — reportedly 400 grams of it — covers arches, cherubs and columns inside. The Church of San Francisco is one of the few remaining medieval structures in Porto and its only gothic church. 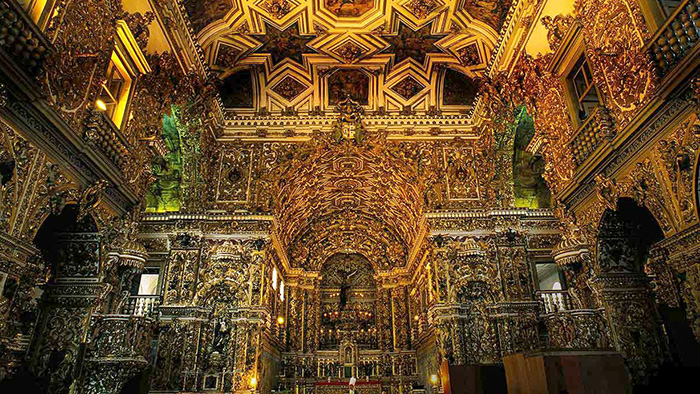 Its interior was remodeled with baroque features in the 17th and 18th centuries. Elegant carvings create a beautiful golden box design. Another interesting feature is the church’s catacombs, which still hold bodies to this day. The small museum across the square is also worth a visit to see artifacts from the former monastery. 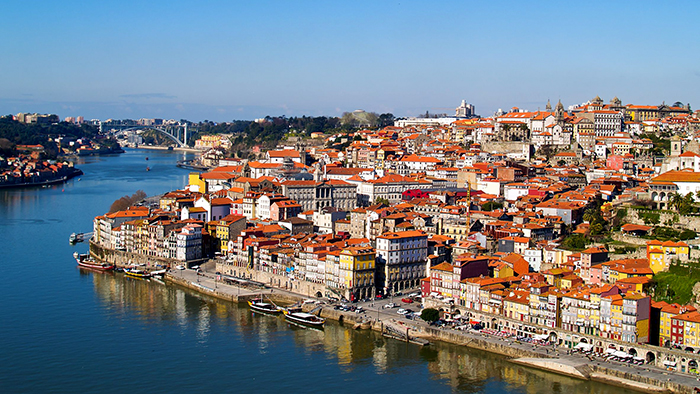 The Riviera is one of the most recognizable areas of Porto and is filled with restaurants, hotels and nightlife. This is a great spot to find souvenirs. Board a river cruise to experience Porto from the water and watch a spectacular sunset. Nighttime brings bustling bars and restaurants filled with locals. 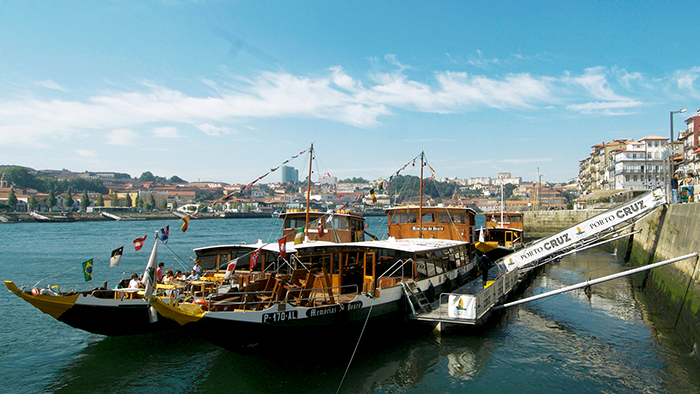 To see a different side of Porto, take a boat ride along the Douro River. Two different tours are offered – a 50-minute tour that highlights Porto’s six bridges and an all-day cruise that tours the countryside and valley. For those looking to maximize their time in Porto, the 50-minute tour is a great way to get the experience and sights in a short time. 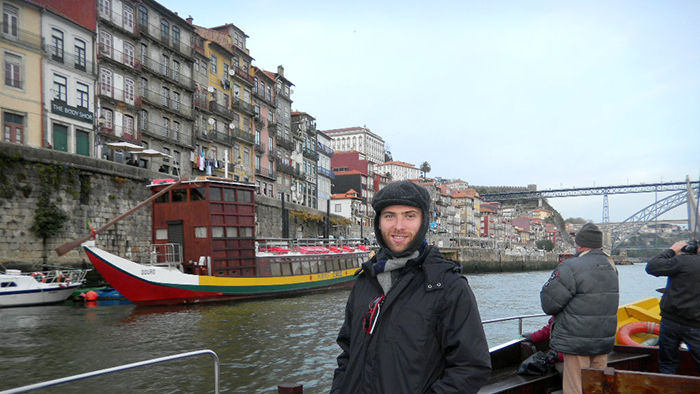 For me, Porto is the most incredible city in all of Portugal. A simple stroll will showcase the city’s beautiful architecture and comforting atmosphere. 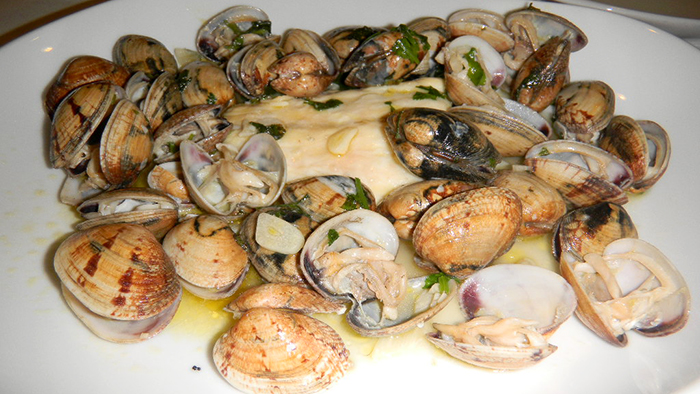 Portuguese food is a huge aspect of the city, with the national culture and flair reverberating throughout the flavor and texture of the food. The restaurants were all amazing. O Paparico was memorable for its traditional “no sauce” rule. Yuko Tavern is a great place to learn how locals drink traditional Super Bock beer and how an authentic francesinha should taste. Both restaurants are owned by the Cambas brothers and share a kitchen. A short taxi ride from the city center can take you to either O Paparico or Yuko Tavern. O Pai Ramiro had the best clam pasta I have ever had. At Café Guarany, visitors can sample several types of francesinhas; each given its own special touch. Foz Velha stood out as having an extensive collection of Port wines. 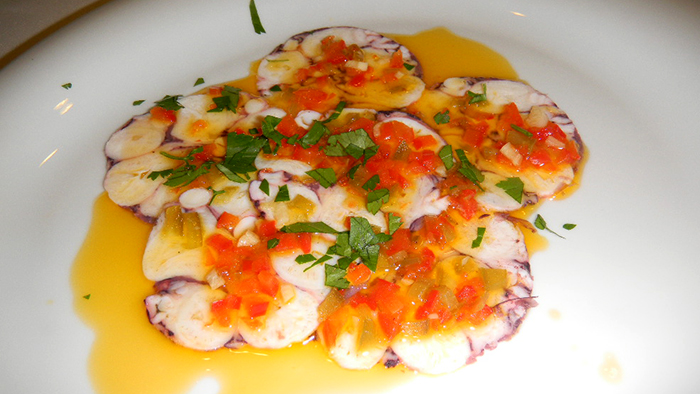 The day trips in this guide offer visitors the opportunity to see the surrounding areas. Vila Nova de Gaia contains numerous wineries, where visitors can learn about the bottling process and sample the wine. 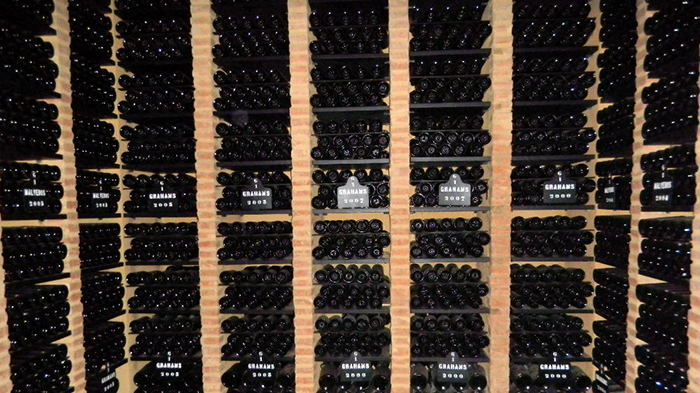 Porto has one of Europe’s most picturesque riverias. Only two blocks away is Vinologia bar, where you can sample wines from some of the smaller independent local wine producers. The owner of the bar is well versed in wine and can give you pallet a lesson of a lifetime. 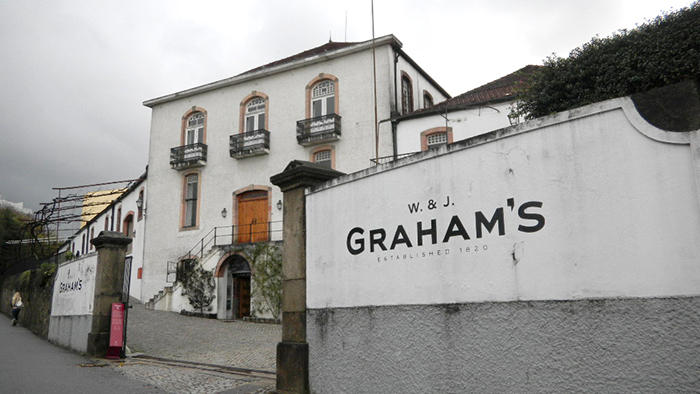 Porto is the type of city that surprises and enchants. It is one of western Europe’s best kept secrets and a city that cannot be fully understood in just one visit.

Getting around: Although there are plentiful taxis, buses and trolleys shuttling people all over the city, the Metro do Porto system is a cost effective way to move about. Porto’s Metro has five lines and services both the city as well as other towns in the outskirts. A Metro ride will run you about €.90 to €2, depending where you would like to go. Metro cards cost €.50, are rechargeable and are available at each of the stations. The Metro runs daily from 6:30 a.m. to 1:30 a.m.

See below for information about trains for travel to/from Lisbon and other parts of Portugal.

Shopping: For Europe’s big brand stores like H&M and Mango, head to Rua de Santa Catarina. There you will also find a small shopping mall. Rua do Boavista is the longest avenue in the city and is home to fine fashion boutiques and stately homes. For a one-of-a-kind shopping experience, head to A Vida Portuguesa (Rua Galeria de Paris, 20). Housed on the second floor of a 19th century fabric shop, this store is filled with charming, vintage-inspired souvenirs, toiletries, fashion accessories and ceramics. To satisfy the designer in you, there is the Bombarda Mall (CCB) for furniture, interior accents and art shops.

Best time to go: March through October. The Festa de São Joã, or Saint John Festival, takes place on June 23rd or 24th. It is a religious feast day widely celebrated throughout Portugal during last week of June, but in Porto the festivities are citywide. Everyone crowds the streets for lively block parties, outdoor music concerts, barbecues, firework shows and of course, wine drinking. If you want to behave particularly like a local, be sure to also wave a strand of garlic bulbs. The festival is a tribute to St. John the Baptist and has been a tradition here for over 600 years!

What are your recommendations for things you must do in Porto? We would love to hear from you! Leave us a question or comment below.