From a Turkish capital city, to a modern treasure, Edirne, formerly known as Adrianople is full of rich cultural history and charm. The city was founded by the Roman emperor of the same name on the site of a Thyracian village called Uskudama. Edirne sits at the junction of three Countries (Greece, Turkey, and Bulgaria) making it a strategic place for politics and trade. Before we get into the things to see and do in Edirne, let me tell you about it’s history! 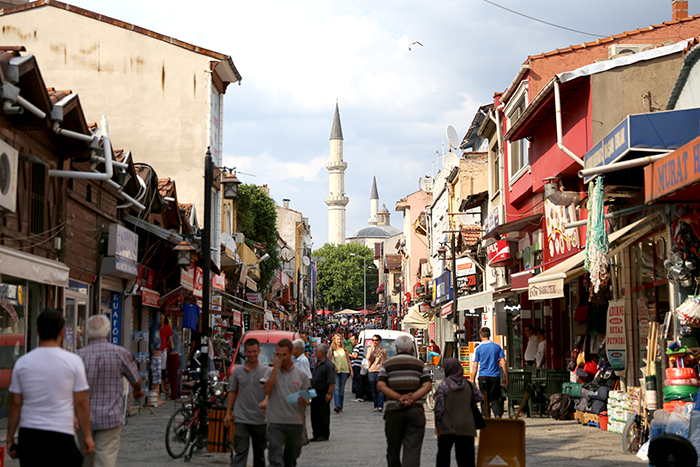 In the 14th century the Ottomans captured it and made it their capital, until the rise of Constantinople in the mid 15th century. Even after it served as a semi-capital city and was a favorite among many sultans. From 1700 to 1750 it was the home of 350,000 people, making it the fourth largest city in what was then considered Europe. Edirne has been the site of no less than 16 battles /sieges and acted a key route to Istanbul as well as Asia. Flash forward to present day and you will see a thriving city with commerce centered around woven textiles, silks, and agriculture. 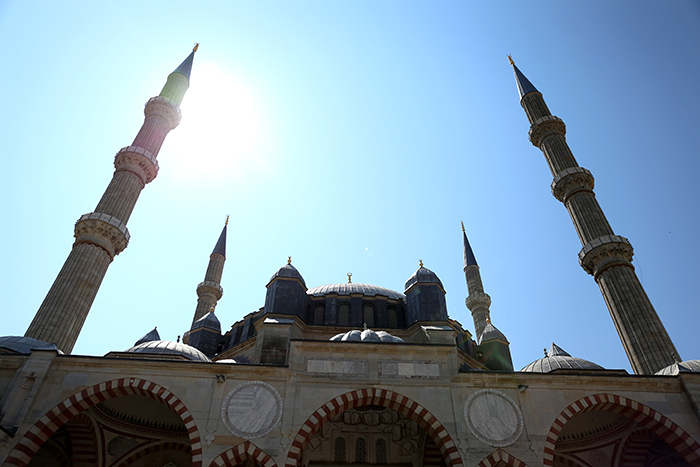 Built in the 16th century, by ottoman architect Sinan, Selimiye Mosque is a masterpiece that can be seen from anywhere in the city. In 2011 it was deemed a UNESCO world heritage site. After taking in the breath-taking beauty of this Zenith, it not hard to understand why. When you enter your eyes will immediately be drawn to the impressive domed ceiling covered in delicate calligraphy. The minarets (towers) are the second tallest in the world and are surpassed only by the Qutb Minar in Delhi, India. 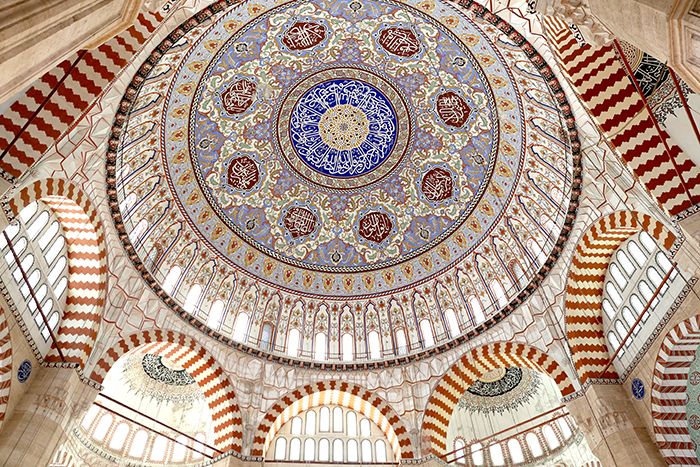 This mosque has 999 windows, which represent the perfection of God. The dome and the interior are decorated in dazzling hues of pink and blue. In fact, the beloved Blue mosque in Istanbul is actually a replica. After viewing the wonders of this mosque don’t forget to stop by their bazaar where you can find a few treasures to share. They have everything from, clothing, luggage, and even handcrafted goods. 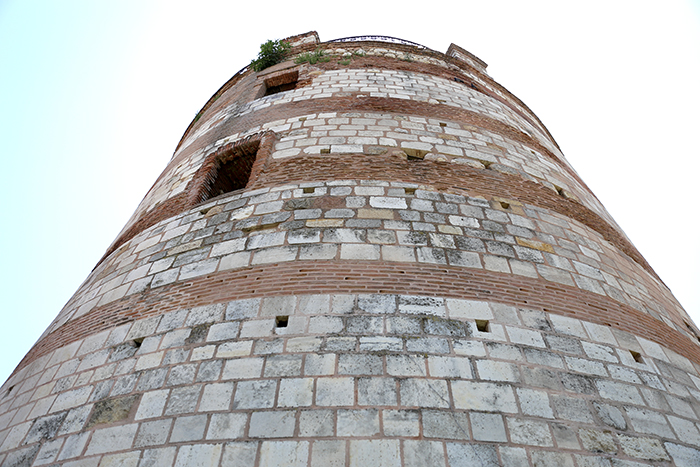 The tower of Macedonia is known as the watchtower, it is said that this this silent sentinel was erected in the direction of Macedonia and that how it got its name. It is still relatively intact and gives one a glimpse into the past. Up until an earthquake in 1953 it served as a clocktower. Unfortunately, the neoclassical portion of the tower had to be destroyed due to structural issues.

Check out our Top 5 Sites in Turkey’s Marmara Region 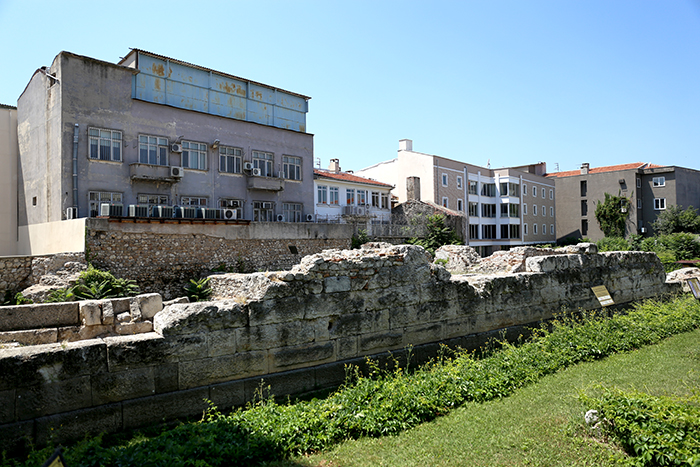 During the 1990’s excavation works were started and researchers were able to gain access to the inside of the tower. Although, you cannot go inside there is much to admire on the outside of the imposing tower, Admission is free and there are some great photo opportunities along the outside of the structure. 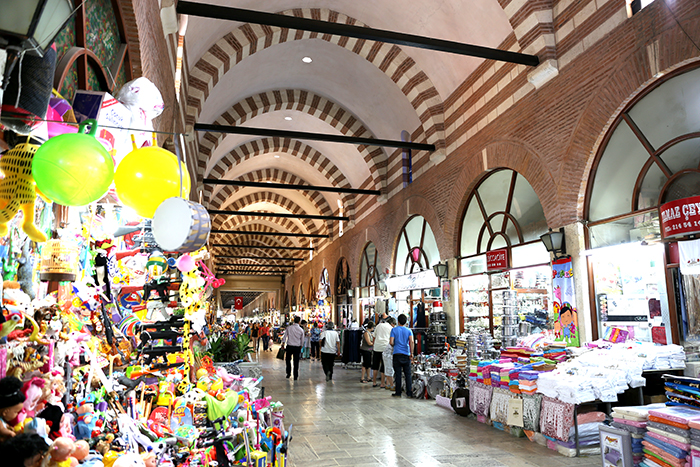 When visiting a city with such historical significance you have to experience shopping and haggling in a covered bazaar. Ali Pasha Bazaar was erected 1569 by the famous architect Mimar Sinan. This bazaar was named after Grand Vizier Hersekzade Semiz Ali Pasha who ruled during the reign of Sultan Suleiman the Magnificent. Ali Pasha was born in what is now called the Balklans and was captured by the ottoman empire. He converted to Islam and entered into the service of Suleiman the Magnificent. 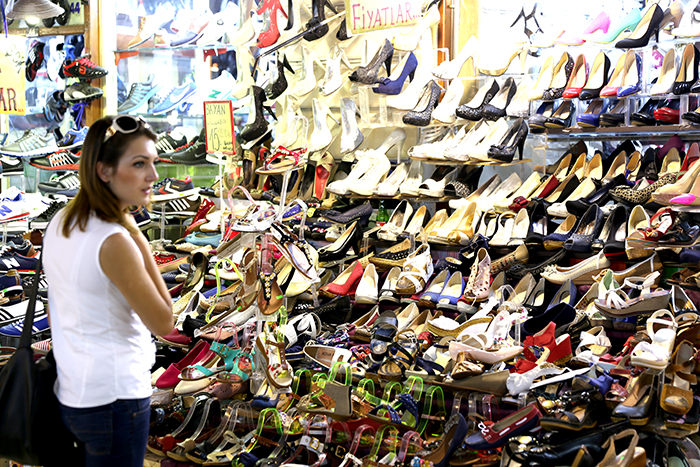 He was the first of extensive line of aristocrats with roots in the Balklan area. The bazaar is 270 meters long, features 129 stores and is covered by a traditional arched ceiling. The bazaar underwent a renovation from 1994-1997, updating a few features and making it a bit more modern. There you can find clothes, footwear, and household items. Be sure to grab a few Meyve Sabunu. 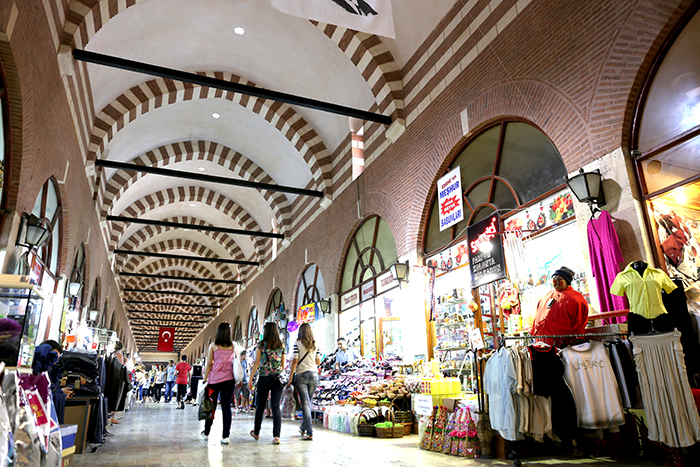 They are fruits carved out of soap that can be used to wash as well as scenting your home. Small brooms with mirrors attached for good fortune and protection are traditionally given to brides for their first home and make excellent souvenirs. There are no restaurants here so make sure you drop in after breakfast or after a very filling lunch at one of our suggested culinary hot spots. This is in my opinion the #1 thing to see and do in Edirne! 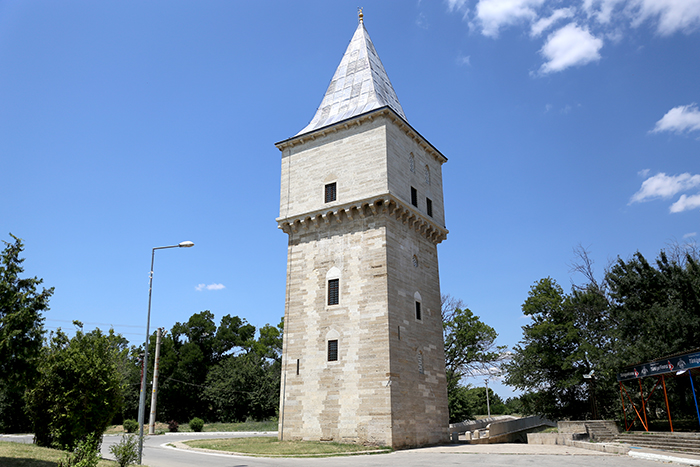 In the 16th century Adalet Kasri is where Suleyman the Magnificent, wrote his set of laws (kanunname) . Suleyman the Magnificent was the 10th and longest ruling sultan of the ottoman empire. His reign was from 1520 to 1566 and it is said that 15-25 million people lived under his rule. He was a shrewd leader and surrounded himself with advisor’s keen on ensuring his success. 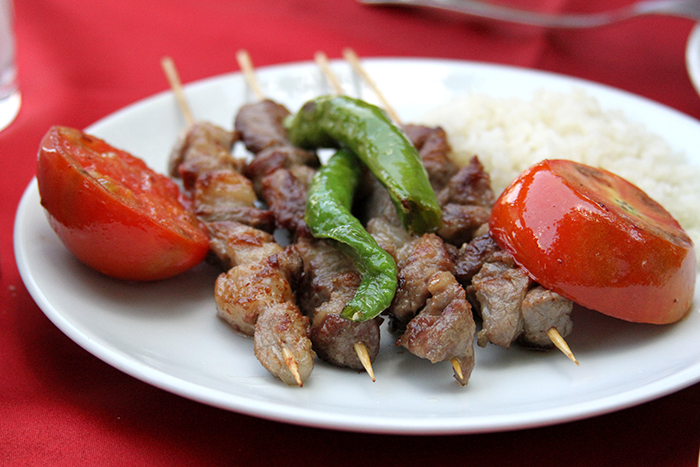 After you visit the Meric river bridge be sure to pop into Villa Restaurant. You’ll be greeted with an ice-cold beer and great views of the river. The service is seamless and their grilled options are known to be very satisfying. The lamb skewers were juicy, bursting with flavor and will provide just the right amount of fuel for the rest of you sightseeing exploits. 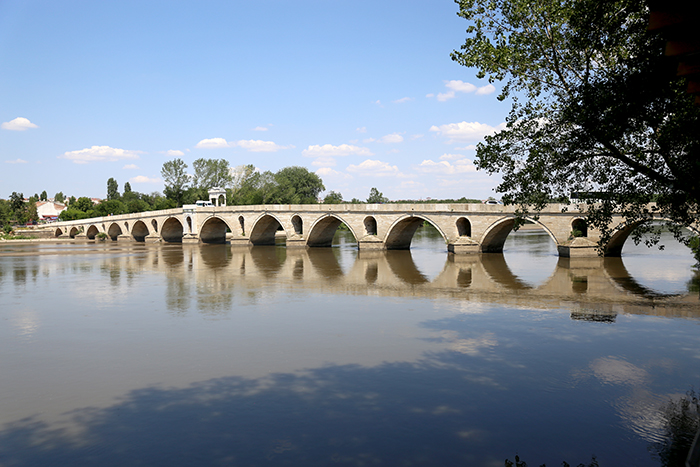 Be sure to stop in for lunch or dinner and enjoy the riverside vibes. 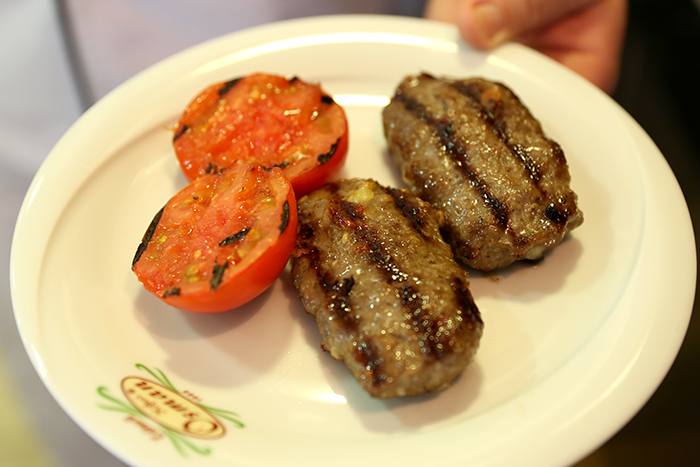 Located next to the old mosque, Kofteci Osman is a must see when in search of Turkish flavors. Their specialties are meatballs and fried liver. The liver (ciğer) is lightly dusted in flour and then dropped into a pot of hot vegetable oil. The result is a crispy delicacy, served with a hot pepper. Be sure to try with a glass of refreshing ayran (a traditional salty yogurt beverage) to keep the burn of the pepper at bay. Its located next to the old mosque and will definitely give you an authentic Turkish dining experience. 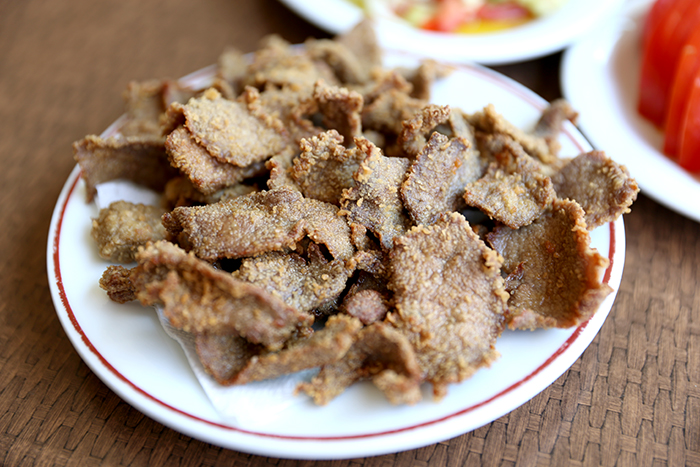 Fried Liver is serious business in turkey and every restaurant has their own claim to fame. Since 1982 they have been churning out mouth-watering fried liver and peppers. That’s it, this restaurant does two things and does them well. There is something to be said for that level of devotion and you will definitely taste it while you are here. 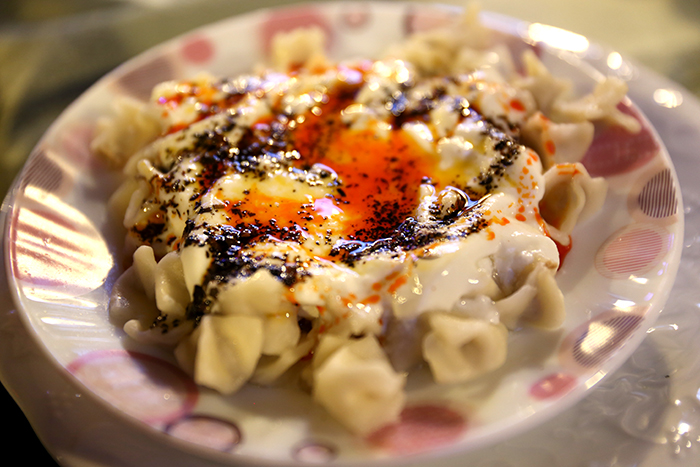 Melek Anne means Angel mom in Turkish. After experiencing the hospitality by the owner/chef it is not hard to understand why. The restaurant is housed in a 125-year-old home and is just 2 blocks away from the Ali Pasha bazaar. 20 Lira will cover a spread that would rival that any sultan. Every dish consumed was delicious and painstakingly prepared. The perfectly made pasta and tender meatballs were definitely the highlights of the meal. Stop in for freshly made daily specials and a warm setting. 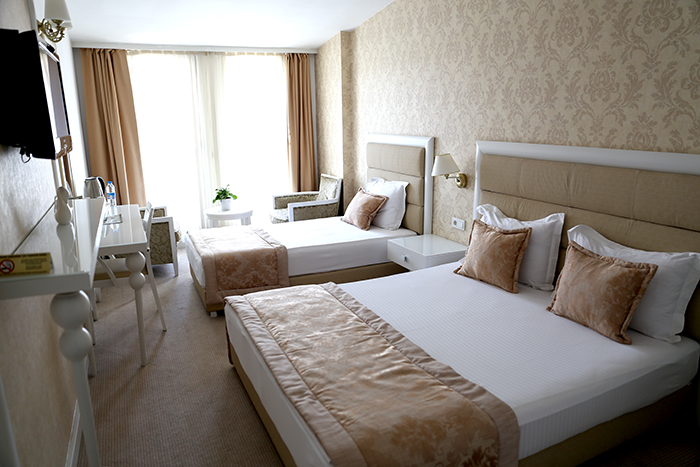 The hotel is centrally located and has 35 rooms (single, double, and family). Here you are steps away from major attractions but still based in a quiet neighborhood which results in an optimal stay. The attentive staff provides superior service and strives to make your experience as seamless as possible. They have free Wi-Fi, central air, and many other amenities. 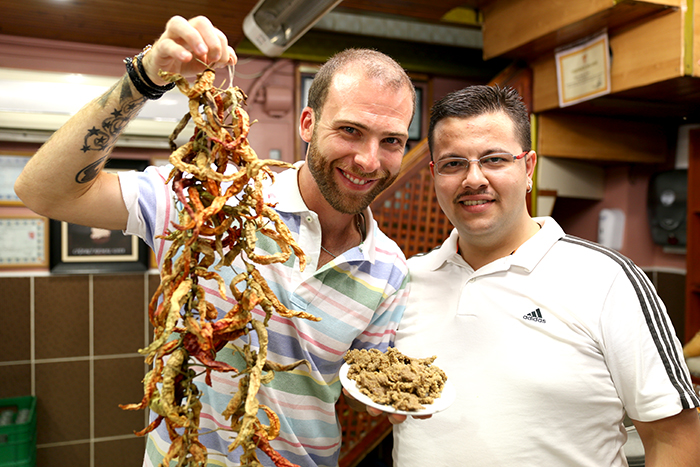 Edirne is a unique city with a complex past. Your ability to literally walk back in time is not one to be missed. It has enough to do whether you want a quick day trip or a long weekend. The archeological sites, shopping and dining make Edirne a great choice while visiting Turkey. That was all the things to see and do in Edirne!