Located roughly an hour south of the Croatian border along the Vrbas River in the north-central part of Bosnia and Herzegovina is the country’s second largest city, Banja Luka. This city, which is often overlooked by tourists, boasts beautiful gardens, tourist-friendly pedestrian boulevards, fantastic restaurants, and a number of fascinating historical and cultural sites, so finding 5 things to do in Banja Luka is actually quite easy. 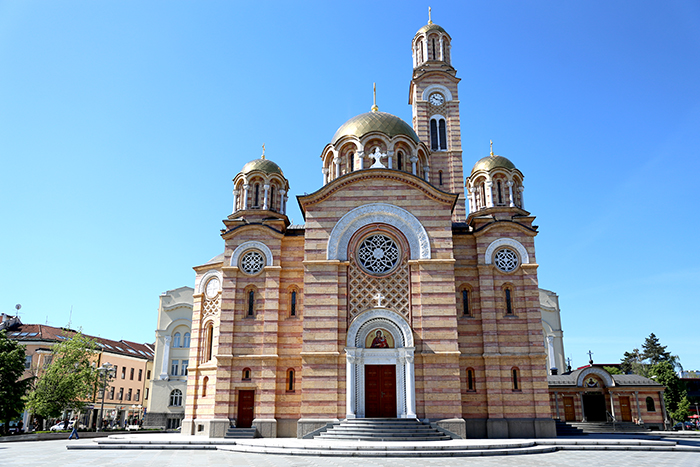 The city, which stands in an area that has been inhabited since at least the first few centuries AD, has a long, rich history.  Like many other Balkan nations, it has been ruled by several groups, including the Illyrians, Romans, Slavs, Ottoman Turks, and Austro-Hungarians. Banja Luka’s history can be felt and experienced in many locations around the city, but its charm, warmth, and beauty are on full display at every turn. These are the 5 things you must do when you come to Banja Luka. 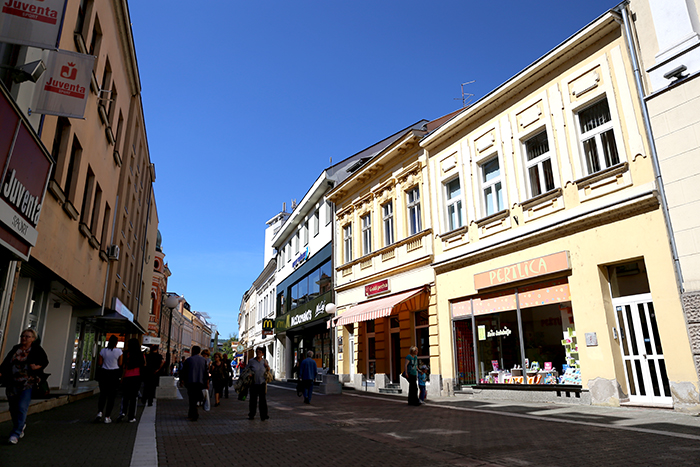 A trip to Banja Luka is not complete without wandering its biggest tourist-friendly pedestrian boulevard, Gospodska Street, which translates to Gentleman’s Street. While the boulevard’s true name is Veselin Maslesa Street, Gospodska is the name that has stuck with both locals and tourists.

Check out our 5 Things to Do in Mostar, Bosnia & Herzegovina 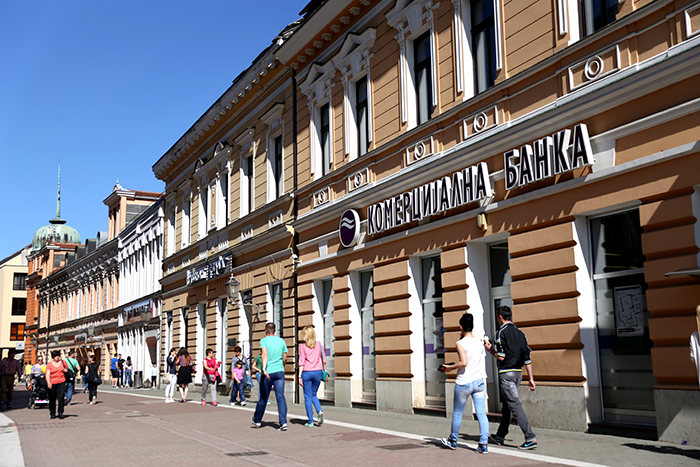 This street, which is the oldest and busiest in the city, dates back to the 19th century and is lined with buildings built in the Neo-Renaissance and Art Nouveau architectural styles. Housed in these buildings are clothing stores, restaurants, banks, jewelers, sidewalk cafés, and much more, making Gospodska Street an extremely popular walking route for people looking to shop and have lunch. 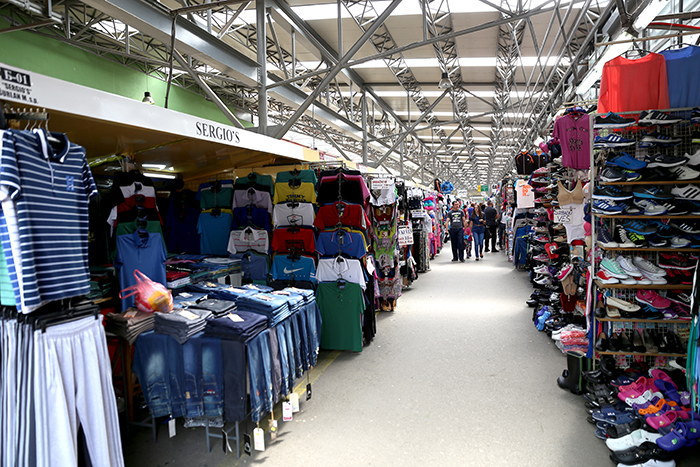 Speaking of shopping, the next location in Banja Luka that should not be missed is the Central Market, also known as Tržnica or City Market. Vendors at this massive and lively covered market sell a wide variety of goods, including shoes, handmade woolen socks and gloves, a large selection of fresh and organic fruits and vegetables, unique baked goods, specialty cheeses, fresh herbs, red meat, fish, poultry, household items, and plants and flowers during the spring and summer months. The upper floor of the market contains boutiques, small shops, and a restaurant. 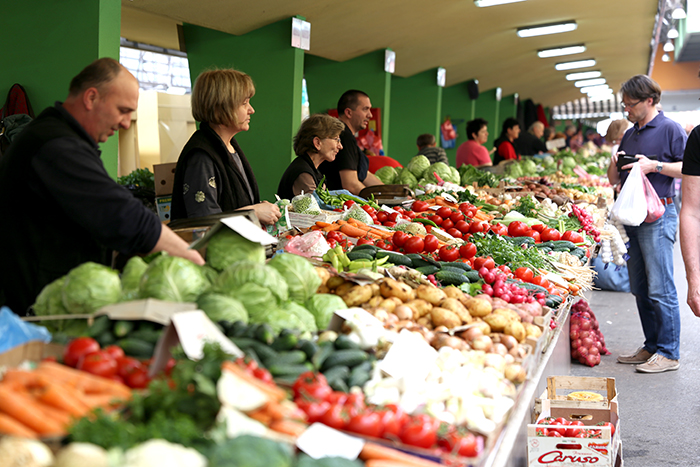 Because the Central Market is open daily and does not cost anything to enter, it is a fantastic place to find just about anything you could ever want or need during your time in the city, watch Banja Luka residents doing their day-to-day shopping, and have a bite to eat. If you’re looking for 5 things to do in Banja Luka, visiting the Central Market has to be one of them! 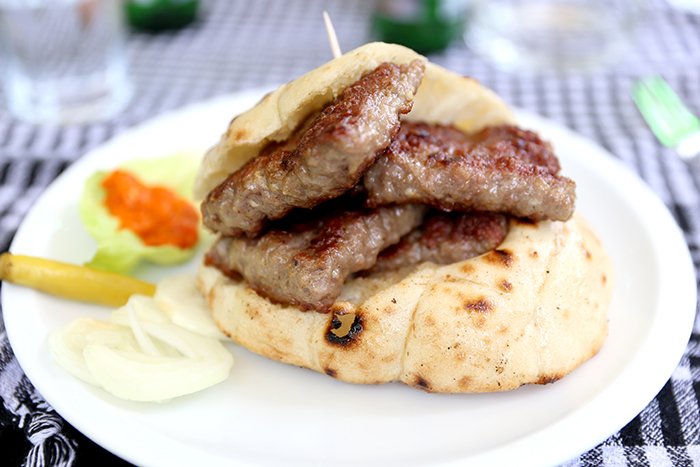 You’ll likely need to break up a long day of sightseeing and shopping in Banja Luka with a nice meal. If you’re looking for a unique variation of a Bosnian favorite, be sure to stop by Kod Muje, a local restaurant that resembles a wooden cabin on the outside. 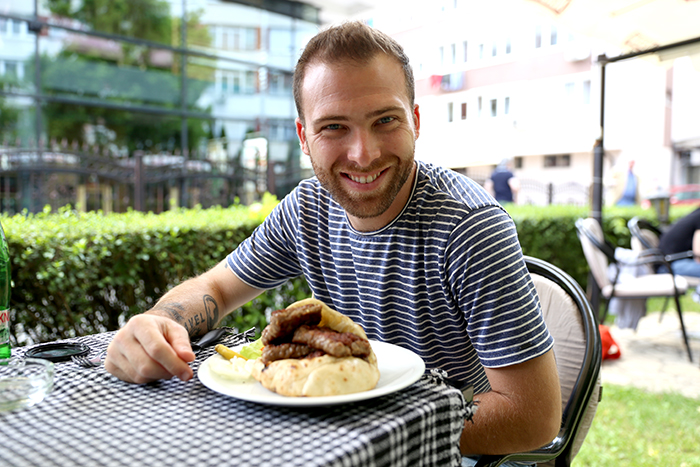 On their menu, you’ll find ćevapčići, which is a Bosnian grilled meatball made of mincemeat that is traditionally formed into an oblong, sausage-like shape. But the ćevapčići at Kod Muje and at other restaurants in Banja Luka is a little different; it’s formed into a patty instead. It’s still delicious either way and makes for an inexpensive and satisfying lunch. If the weather is nice, enjoy your meal outside on the shaded terrace. 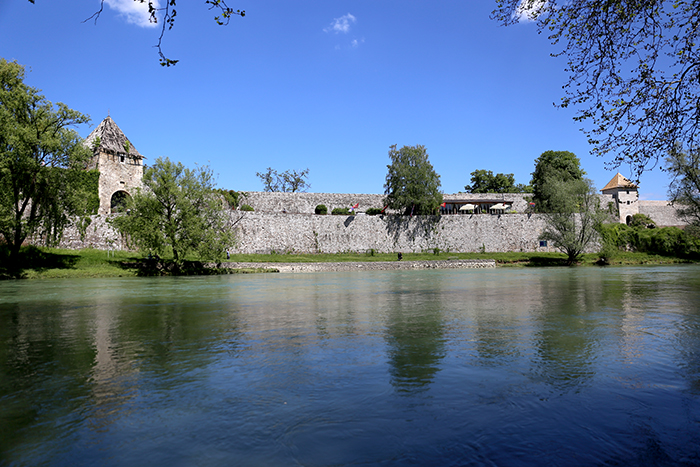 Located in the heart of Banja Luka is the medieval fortification known as Kastel Fortress. This fort, which was built on a site along the Vrbas River where fortifications from the Roman and pre-Roman eras previously stood. 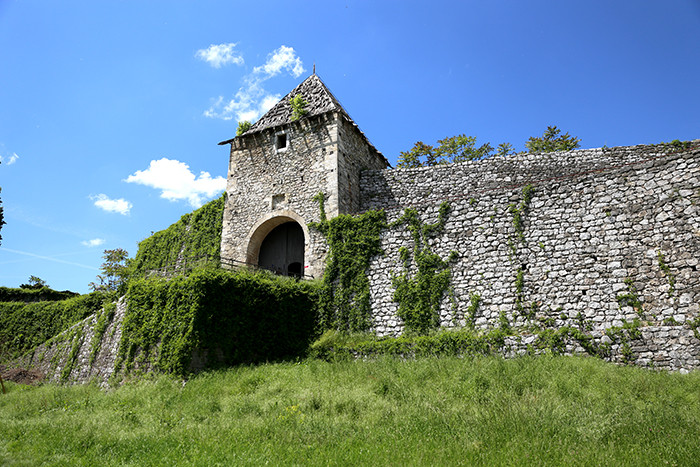 Kastel Fortress is relatively well-preserved and is part of a 48,000 square meter complex that includes nine bastions and two towers, as well as several buildings that make up the central camp, including the stone building, a small arsenal, and the central armory. The remains of ancient fortified buildings have been unearthed inside the fort, as well as late antique bronze items and ceramics.

Check out Best Castles to Visit in Bosnia & Herzegovina 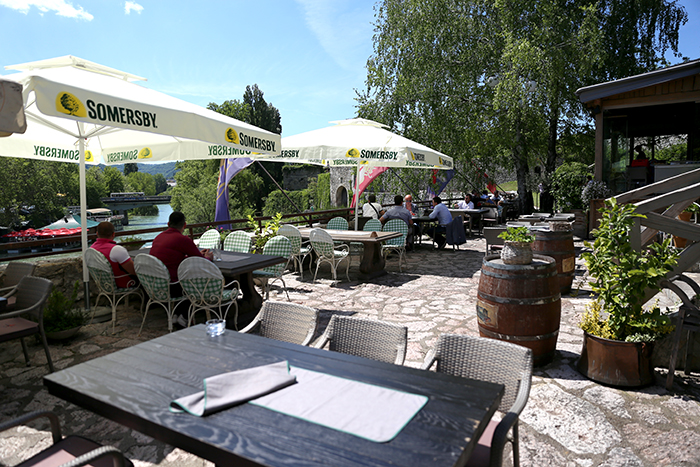 Inside Kastel Fortress you will also find Restoran Kazamat, the only restaurant inside the fort. Restoran Kazamat has a dimly lit interior that is decorated with fascinating items from the medieval period. This mesmerizing restaurant has specialized in serving traditional and authentic Serbian foods like fresh salads and grilled meats for well over thirty years. 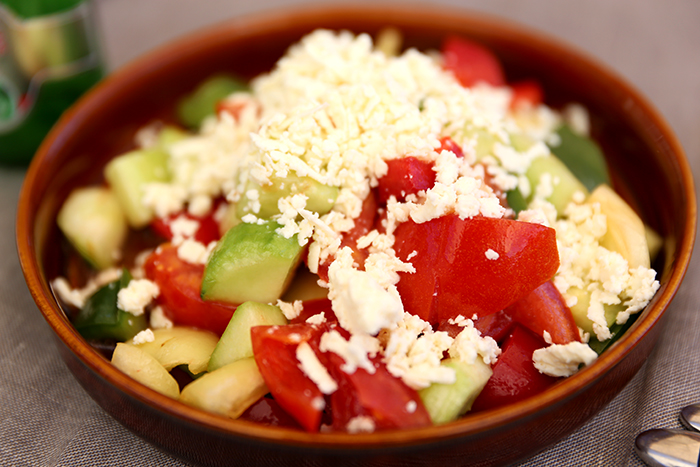 While there is seating inside the restaurant, it is recommended that you reserve a table outside if the weather permits. There, you can have lunch or dinner in the fresh air with stunning and unparalleled views of both Kastel Fortress and the Vrbas River. If you love history or food, visiting Kastel Fortress and Restoran Kazamat have to be on your list of 5 things to do in Banja Luca. 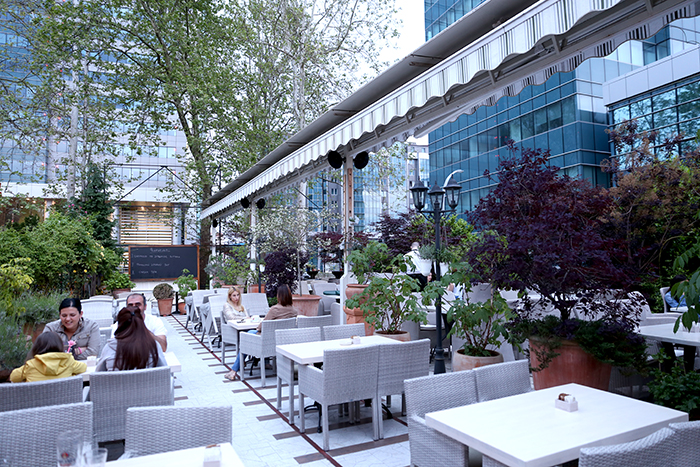 When you’re searching for the best places to dine in a particular city, chances are you probably wouldn’t think to look in a 19th-century train station. If you took that approach in Banja Luka, you would miss out on Mala Stanica, which many people feel is the best restaurant in the entire city. The name Mala Stanica literally translates to “small train station.” While its location in a historically and architecturally significant building helps pique the interest of prospective diners, it is their exquisite menu that makes its patrons return again and again. 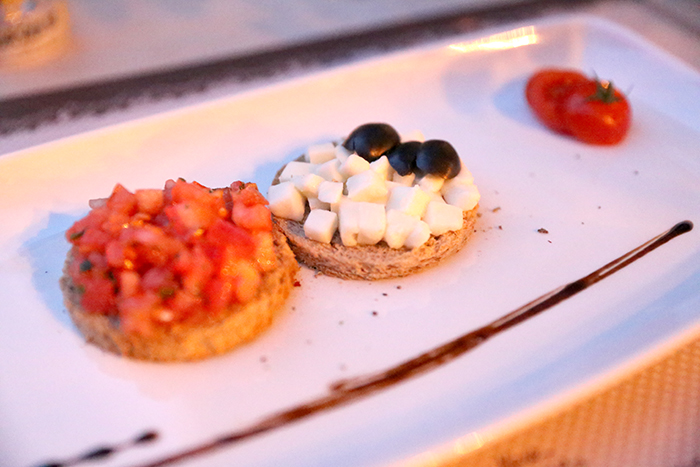 Mala Stanica specializes in slow-cooked, gourmet French and national fusion cuisine with deep, rich flavors that have been optimized by their slow cooking process. The restaurant also boasts an extensive collection of over a hundred wines. Their house specialty, the chocolate soufflé, is a rich and decadent dessert that should not be missed. 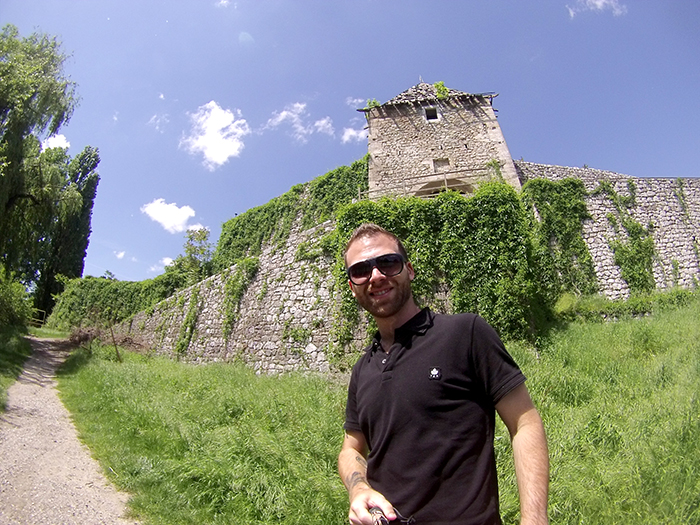 That concludes our list of the 5 things to do in Banja Luka, Serbia. While Banja Luka may not have the same name recognition as other European cities, this charming town, with its bustling streets, unique markets and historical gems, is in a class of its own. If you ever plan a trip to Bosnia, don’t forget to take some time to experience the whims and wonders of Banja Luka.