My adventures in Suriname continued along the Tapanahony River in Palumeu, deep in the interior of the country. A whopping 80% of Suriname is covered by rainforest, so a lot of the country, including Palumeu, is virtually untouched! Join me as I go on an amazing Surinamese remote village tour! 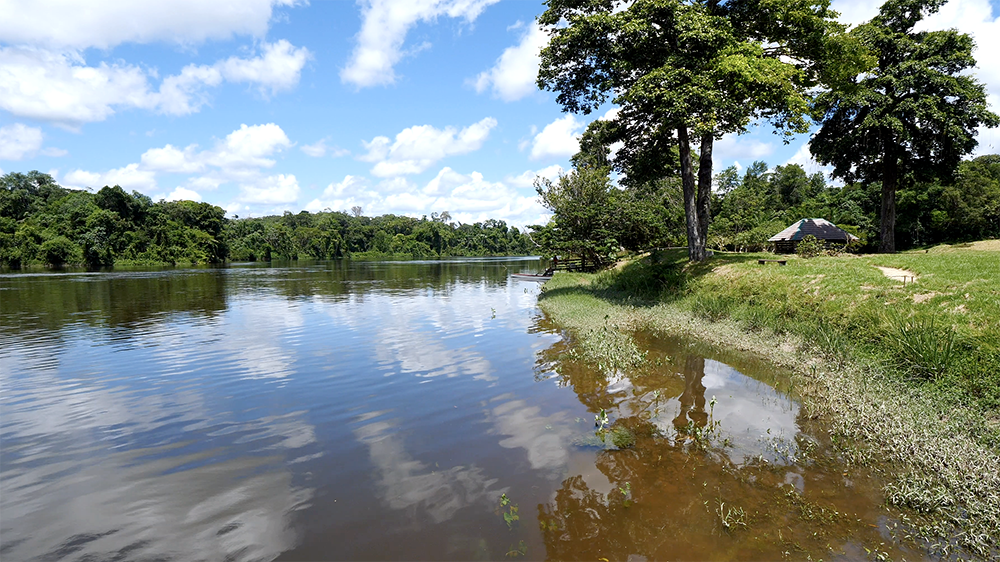 I was staying at a resort that accommodates 20 people. It’s made up of wooden bungalows with basic amenities, but they have electricity, so I can charge my gear! There are two twin beds with mosquito netting and hammocks on a dock outside.

My final adventure in Palumeu started with lunch in the open-air dining hall! We had some roti with pumpkin mash, aloo, and chicken. There was also some spicy chili that I added to it! It was delicious together! The pumpkin was a little sweet. 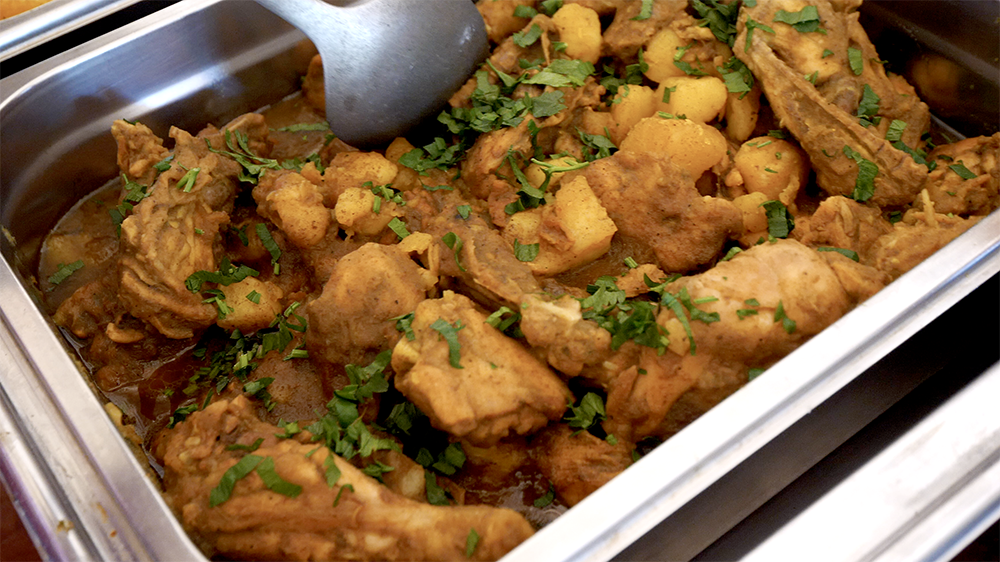 I took some of the chicken off the bone. It was so tasty and juicy. It was simple yet so good and fresh! I was loving the Indian influence in the cuisine. The sauces were a real game-changer and the heat from the chilies cleared my sinuses! I loved mixing everything together! 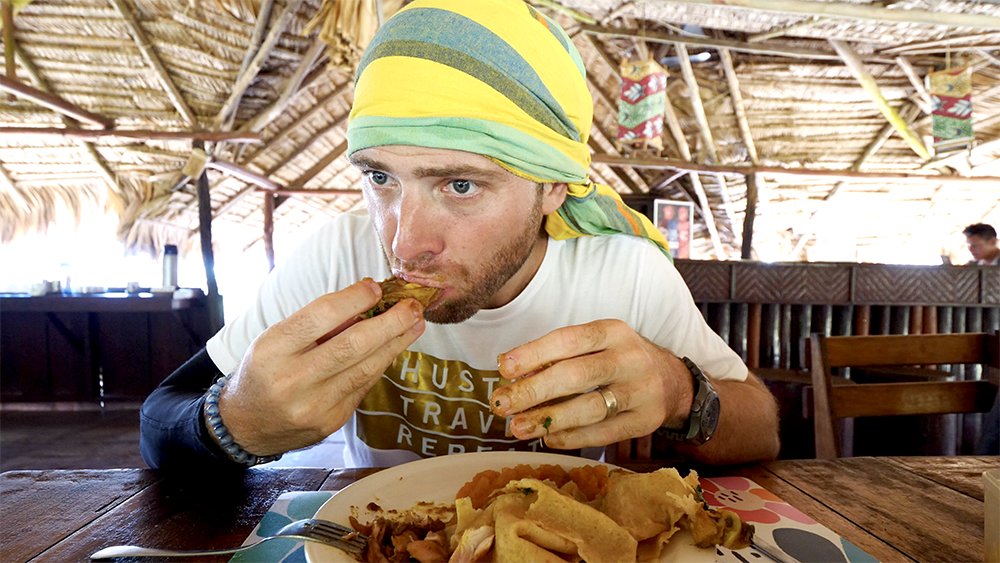 Next, I headed to the village with my guide Julius from Mets Travel and Tours. He told me it would take 12 days to get here from Albina! My Surinamese remote village tour began with a look at the houses, which were built on stilts so they don’t flood when it rains. There are about a dozen houses in total. We also saw the local Baptist church, Maranata Jesu Panejan. Most of the people here are Baptist! 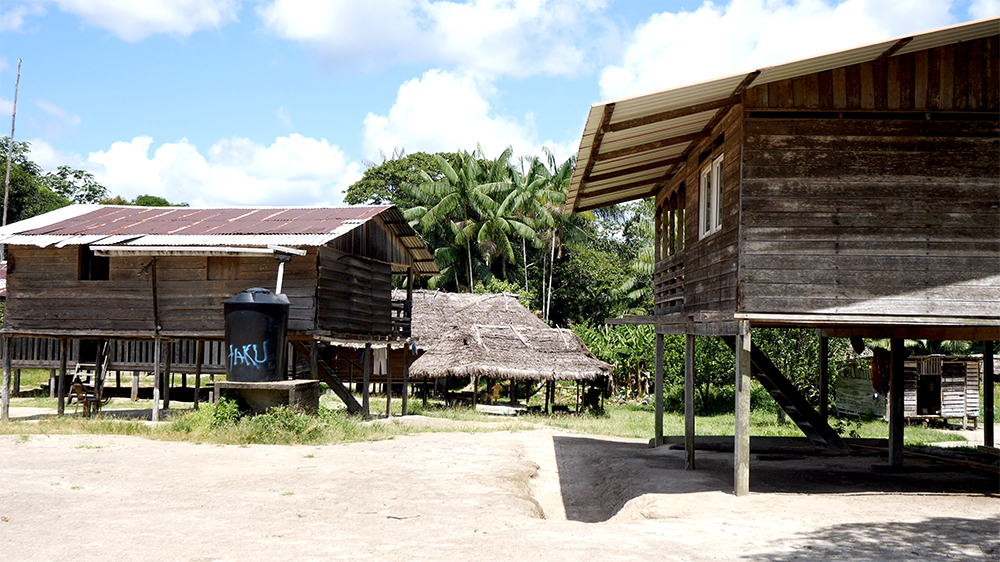 Most of the locals were working, so they weren’t around. The few people around were in the shade. We also visited the communal hall, where meetings, celebrations, and feasts are held. People also sleep there if there’s an overflow of people.

Check out the 5 Things to See and Do in Brownsweg, Suriname

My guides were completely covered so they wouldn’t burn. I was told during my Surinamese remote village tour that the villages are near the river because it’s their lifeline. It’s their food and water source. They bathe there and wash their clothes there. I also learned that the Amerindian population mostly lives along the river while the Maroon people are more inland. 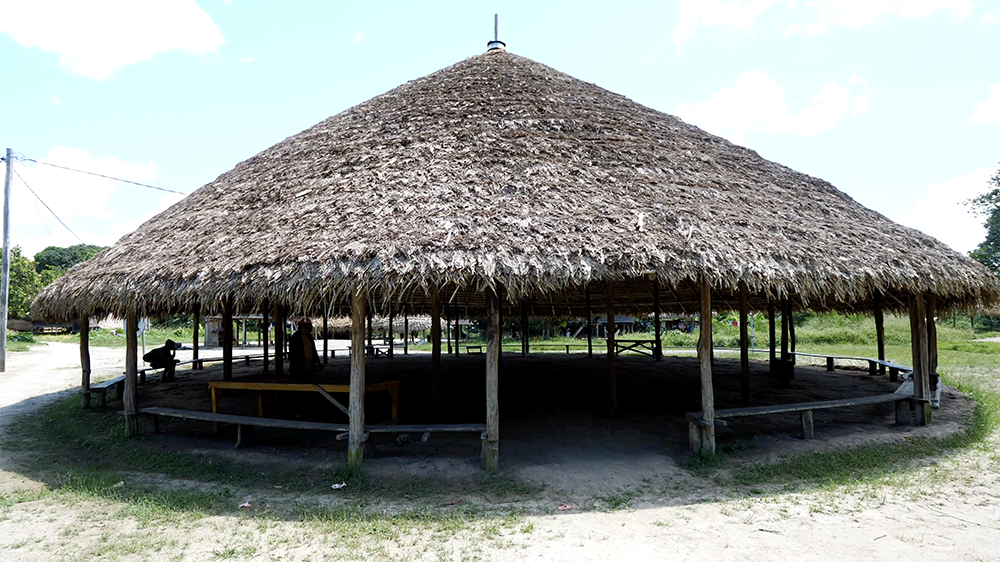 I asked if they had anything for sale. They brought out lots of bracelets, some maracas, a knife, and arrow, necklaces, and a flute! I got some bracelets made of seeds and leaves for my daughters. Then, I wrapped up my Surinamese remote village tour by trying a bowl of local beer. I could taste the fermentation. It was a little thick and cloudy. It was 3 to 5% alcohol and was super earthy and milky! It was so good and refreshing that I got a second round! 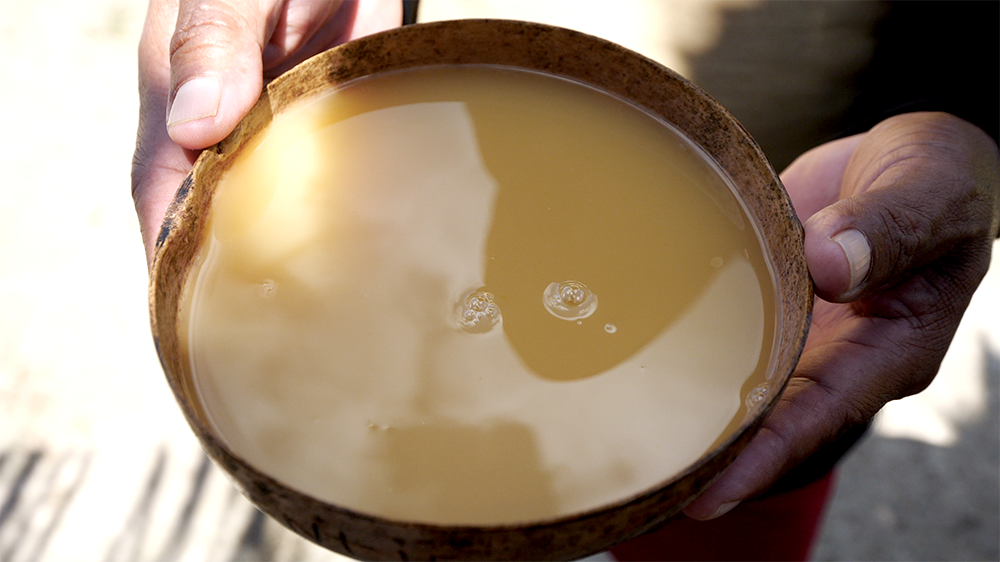 Then, we headed back to the resort. I had another charter flight in 50 minutes. Along the way, I met a beautiful parrot! We passed by the local school, which is next to the airstrip. There are a couple of hundred airstrips in the interior. 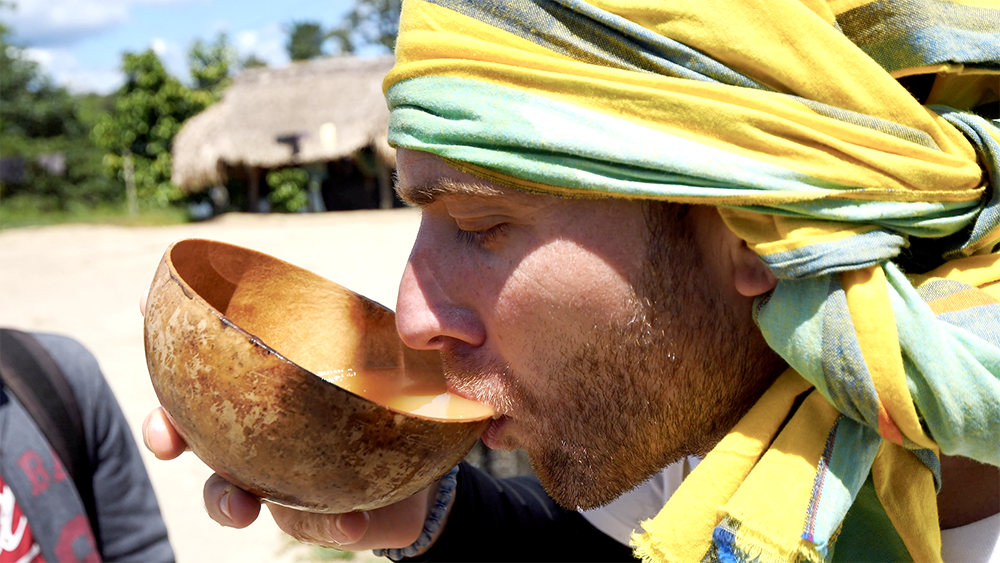 I’d get to sit in the front with the pilot! I was a little nervous because I don’t really like small planes. It was going to be a thrilling adventure. We took off and soared high above the rainforest. It was a never-ending dense jungle.

We passed over towns and settlements and eventually landed smoothly back in Paramaribo. It only took 70 minutes and was a pretty good flight, although we had some bumpy moments in some clouds. I was a little freaked out, but now it was time for me to go to my hotel! 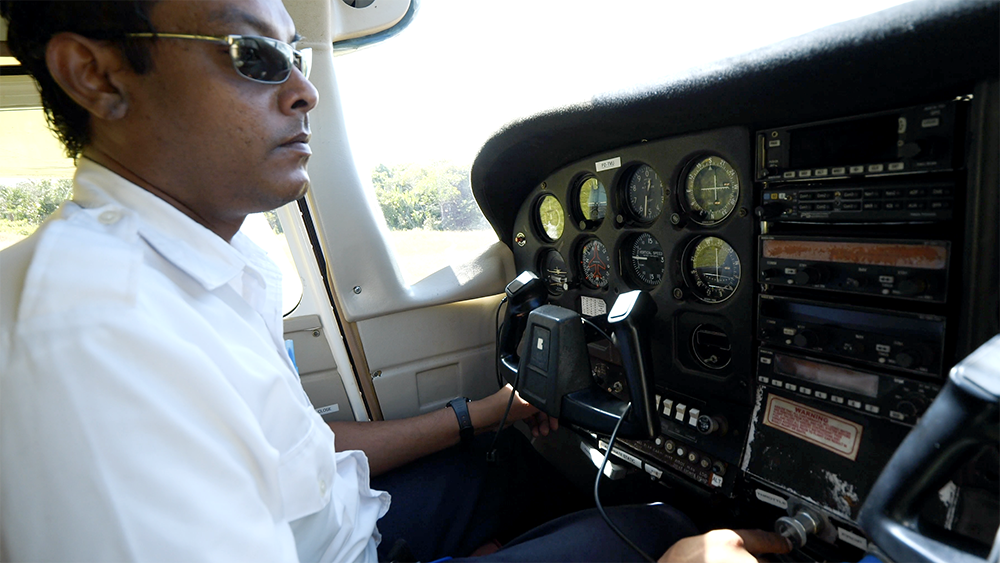 Paramaribo is the largest city in Suriname. Half of the country’s population lives there, and the city is so diverse. Here, you have people from many different ethnicities, including Dutch, Indian, Indonesian, Chinese, Amerindian, African, and more. It’s a true melting pot! Because of that, the food is incredibly diverse. 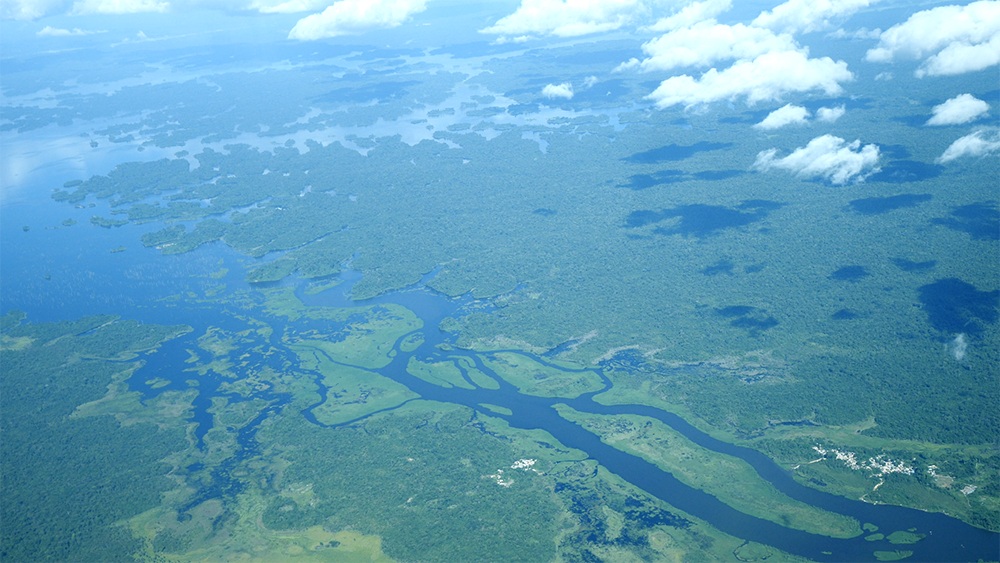 I arrived at my hotel, the Royal Torarica Hotel, one of the best in Paramaribo. My room was really modern, sleek, and luxurious. It had high ceilings, a king-sized bed, a couch, flat-screen TV, and more. The bathroom reminded me of a 5-star boutique hotel! 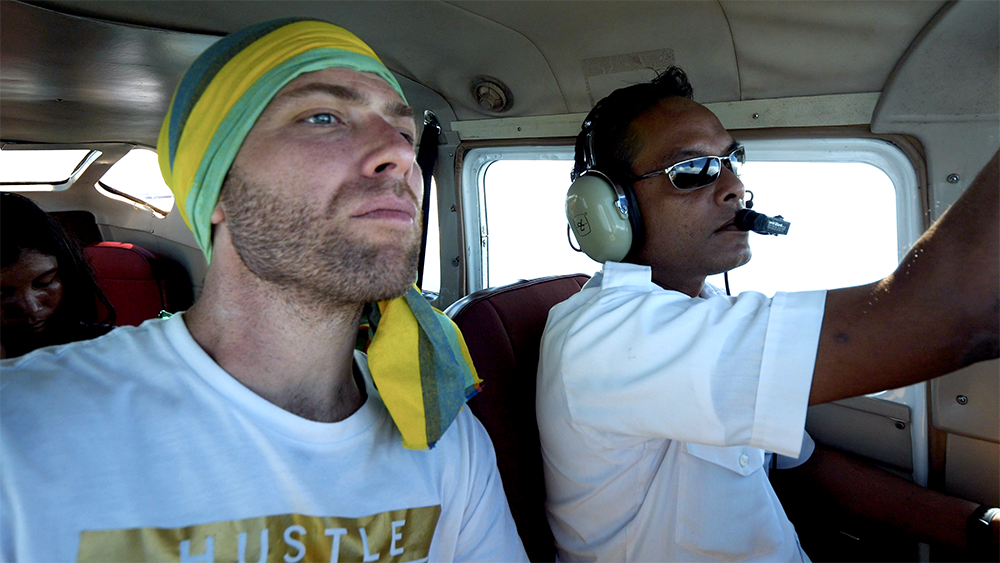 I hope you enjoyed my Surinamese remote village tour in Palumeu! If you did, please give this video a thumbs up and leave a comment. Also, please subscribe to my YouTube channel so you don’t miss any of my upcoming travel/food adventures!