With three amazing days ahead of me in beautiful Florianópolis, Brazil, I kicked off my adventures with an unforgettable market tour! Come with me as I explore a Brazilian central market and try seafood, sugarcane, and beer in Florianopolis, Brazil!

My morning kicked off outside the city’s central market with my friends Guilherme and Rafa from Rio4Fun and Rio4Food. The city of Florianópolis is the capital of Santa Catarina state and was founded in 1673 by Portuguese settlers. It was ranked the top party city in the world by the New York Times back in 2009. It lies on an island, so it’s full of seafood and beaches! 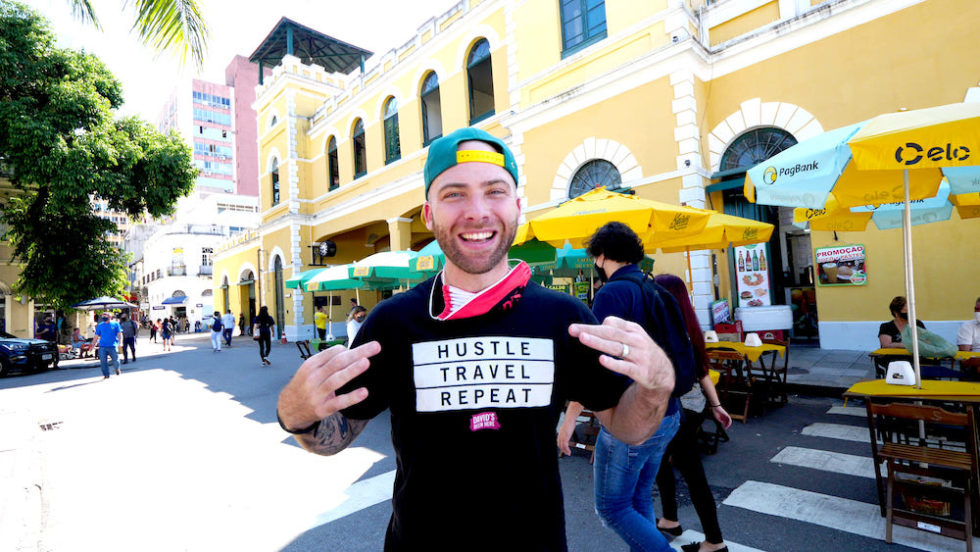 The central market was built back around 1850-1851. It consists of an array of shops that sell everything from souvenirs to tons of food! In other words, it’s the perfect place for a Brazilian central market food tour in Florianopolis, Brazil! 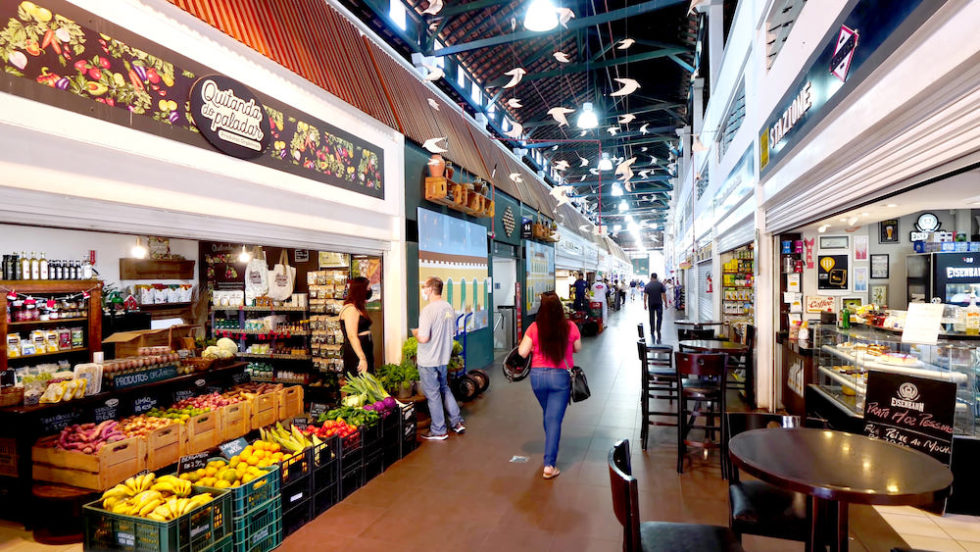 The market was very organized and orderly. I could see a bakery and stands selling nuts, spices, meat, and fruit. There were also stands selling handmade pottery. There was also a restaurant open for lunch. The market reminded me of markets I’d visited in Spain. 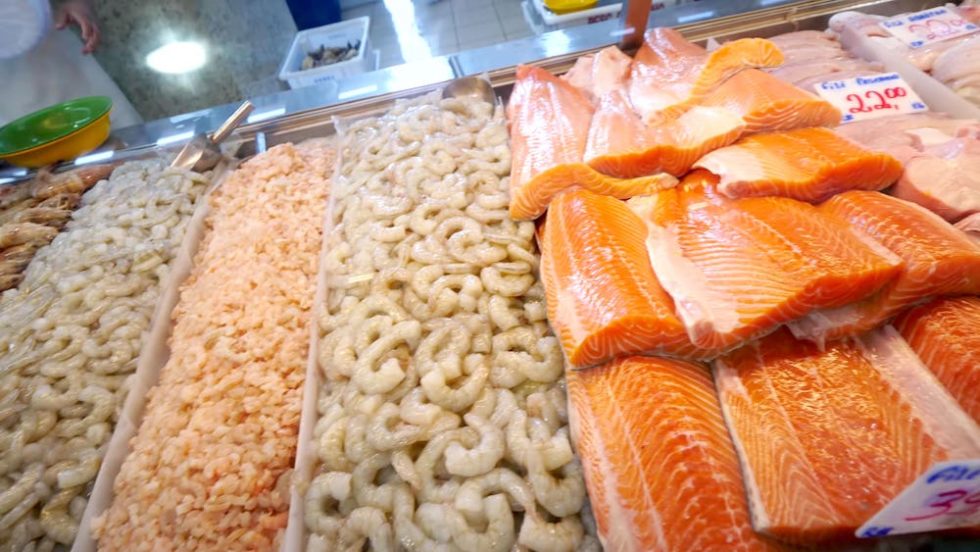 We reached a seafood stand and saw a raw shellfish called berbigão, which is similar to a mussel and can be found in the sand. Florianópolis is famous for its shrimp and oysters. I could also see fresh and raw squid, octopus, lobster, sardines, shark, and mussels. 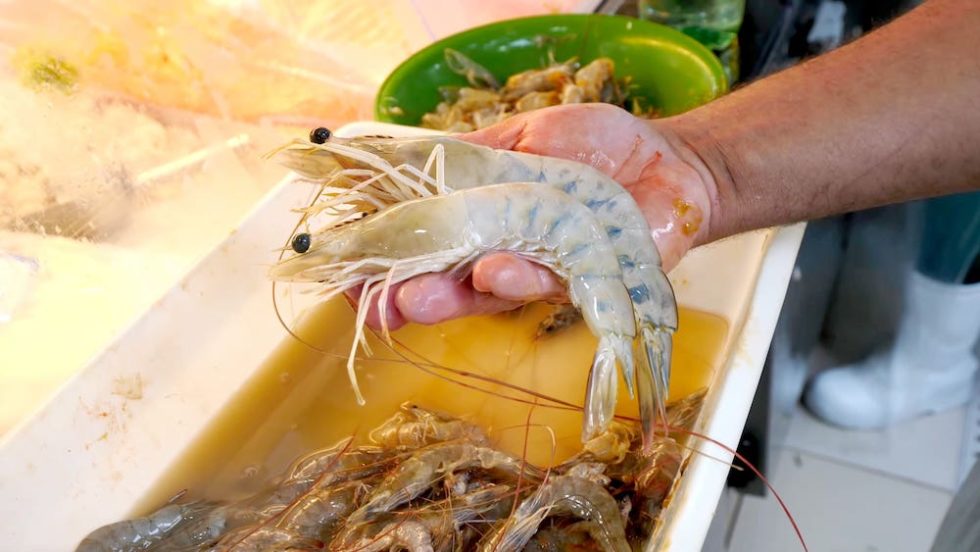 Then, we headed into a kitchen to watch the workers de-shell and de-vein shrimp and filet a whole tilapia. We also saw a really big fish. The vendors were so friendly! There’s such a wide variety of high-quality seafood.

We continued on to an area with twelve seafood vendors. The seafood was as fresh as it comes, as it came straight from the fishing boats. One of them sells a dozen oysters for just $3 USD! They have many different ways to prepare them! 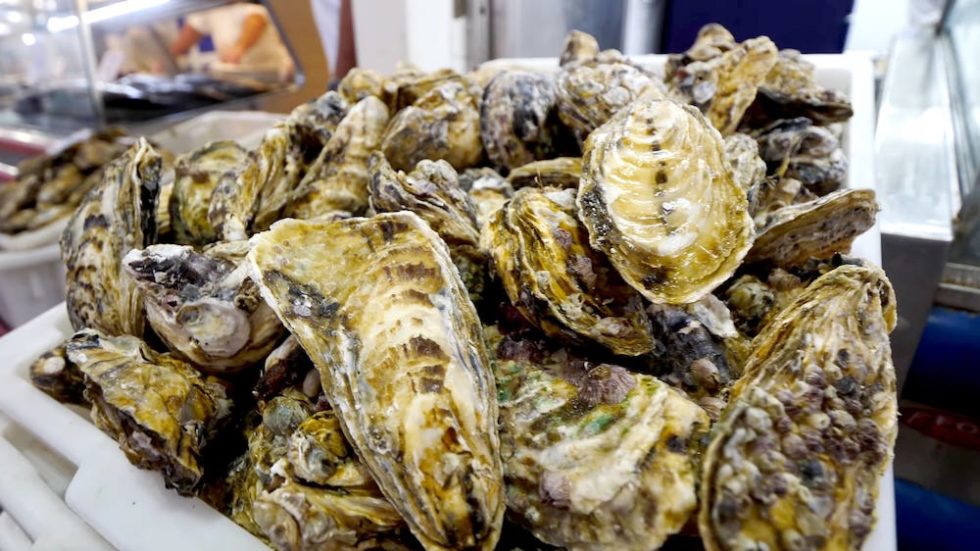 From there, we left the seafood side of the market and headed to the central courtyard, where there are tons of tables set up. It again took me back to my time in Portugal and Spain. 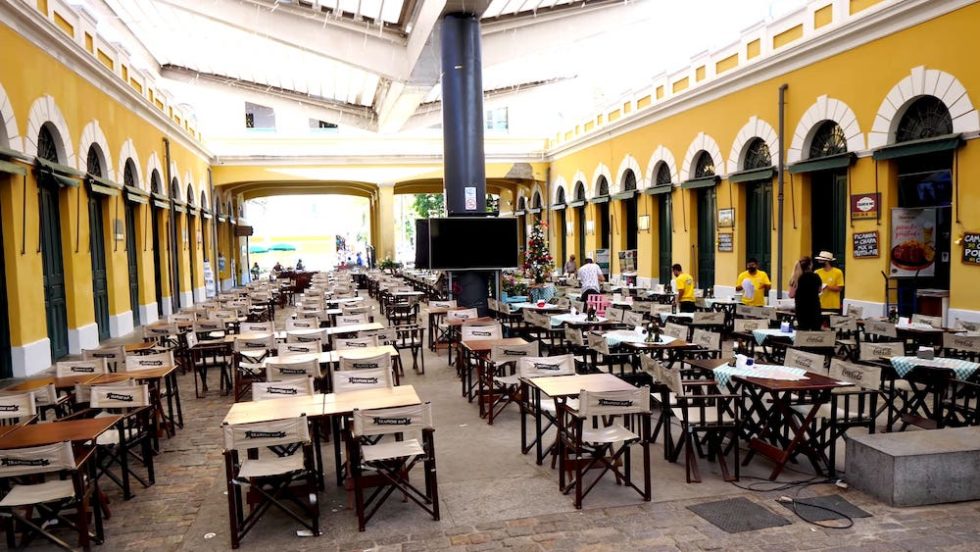 Then, we headed over to a friendly vendor who offered to make me some fresh caldo de cana, or sugarcane juice. They added a bit of lime to add a nice tang. It’s so sweet and refreshing and is full of vitamins! I drink it every day when I travel through India. A cup cost me R$ 3, or roughly $0.80 USD. 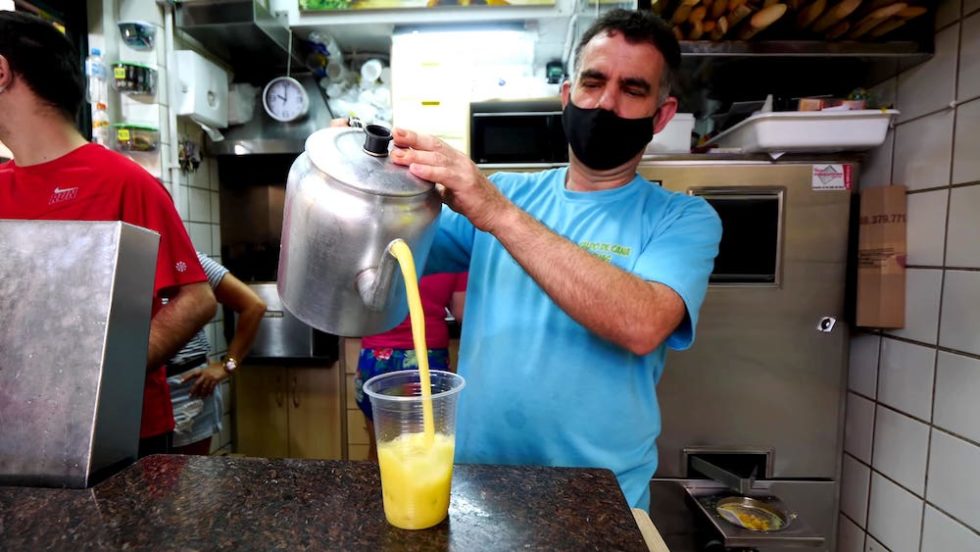 Past that vendor is an area where you can buy handicrafts and household items like flip-flops, bags, baskets, honey, peppers, chocolate, and more. All of the vendors were so friendly. I also found a souvenir stand selling ceramic figurines, mugs, wooden figurines of animals, and more. 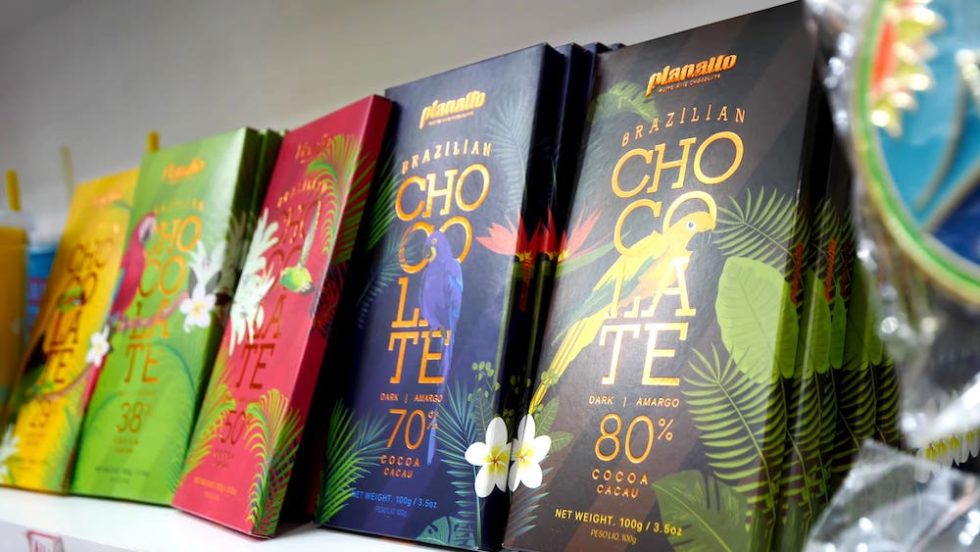 I was super hungry, so we went to go eat at a place next to the butchers called Box 32. It’s a taverna-style restaurant that has been around since 1984. It’s also the most popular place in the market. There, they sell beer, seafood, and pastries. Each place here is a box with a number. Box 18 was right next to us.

In the back, the bartender poured me some house honey cachaça. It was sweet, smoky, and strong. The clarity was amazing! Then, I tried their Saint Bier, which is a super strong Belgian beer from Santa Catarina state. It was like a Belgian ale mixed with Weiss. I loved it! 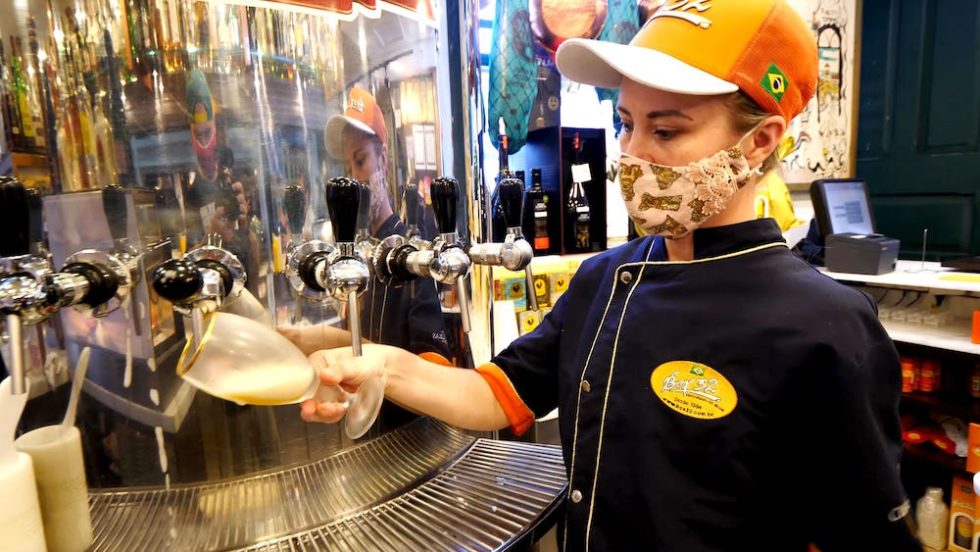 Then, I tried a berbigão pastelito. It’s basically a fried shellfish pie! The shellfish inside were a little tough but juicy, and the pastry itself had a nice, crispy crust. 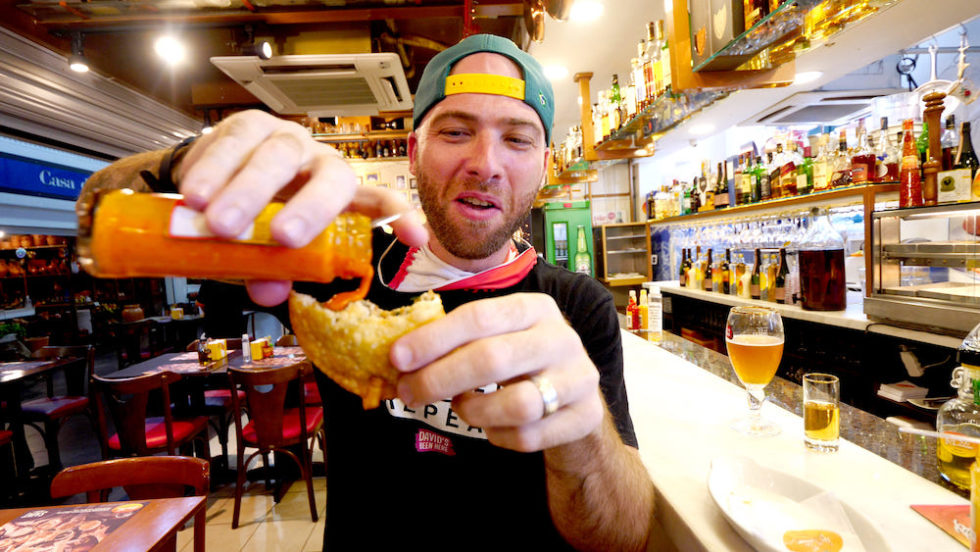 I added some Carolina Reaper sauce on it. It was glazy and spicy with a nice tang. The spice hit me a few seconds later! 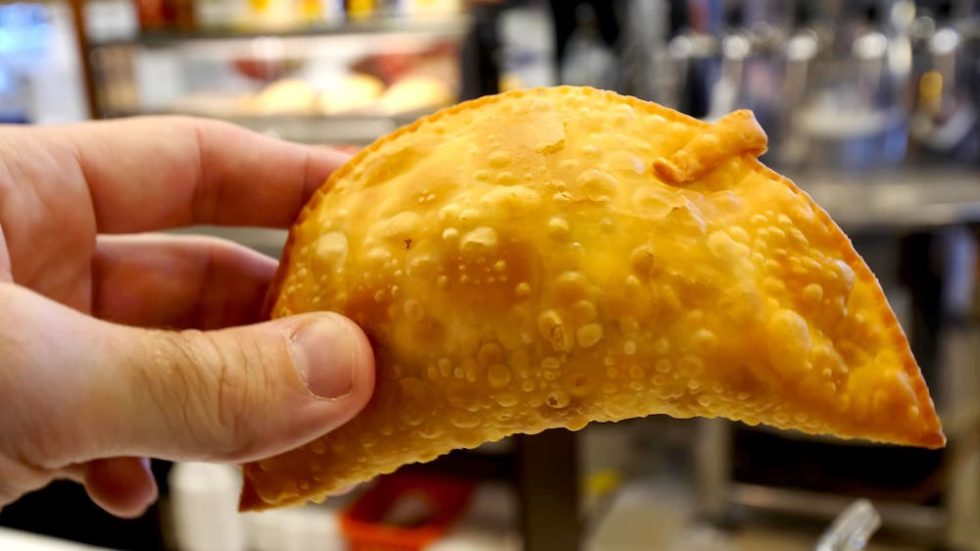 Then, I tried it with a sweet and sour Trinidad Scorpion sauce. I liked it more than the Carolina Reaper, but the heat from the sauces lingered in my throat for a long time! 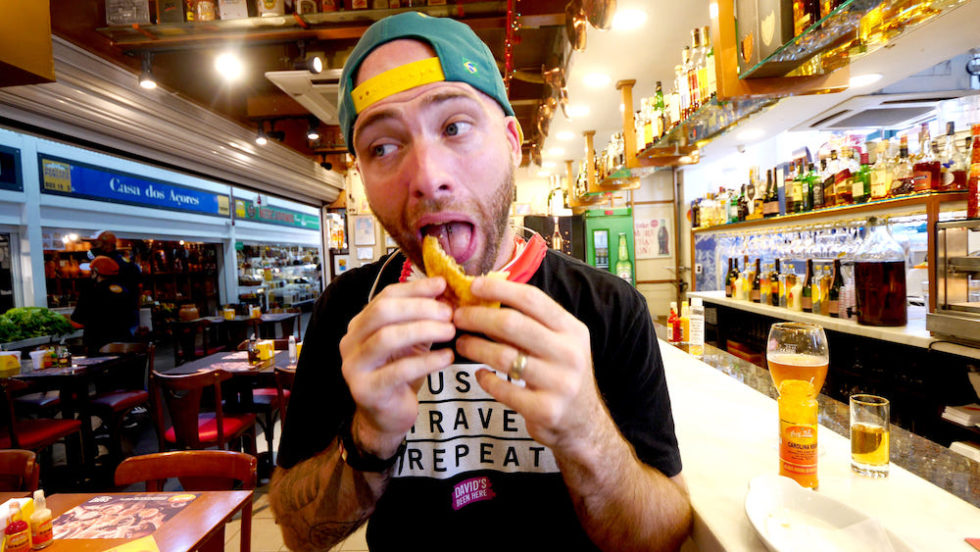 The owner told me to try their Saint Bier Pilsen, which was crisp, cloudy, and creamy, and the best Pilsen I’ve had in South America. I couldn’t get over how friendly everyone was! The owner comped the whole meal for us! I’d never been to a market where the people were this friendly. 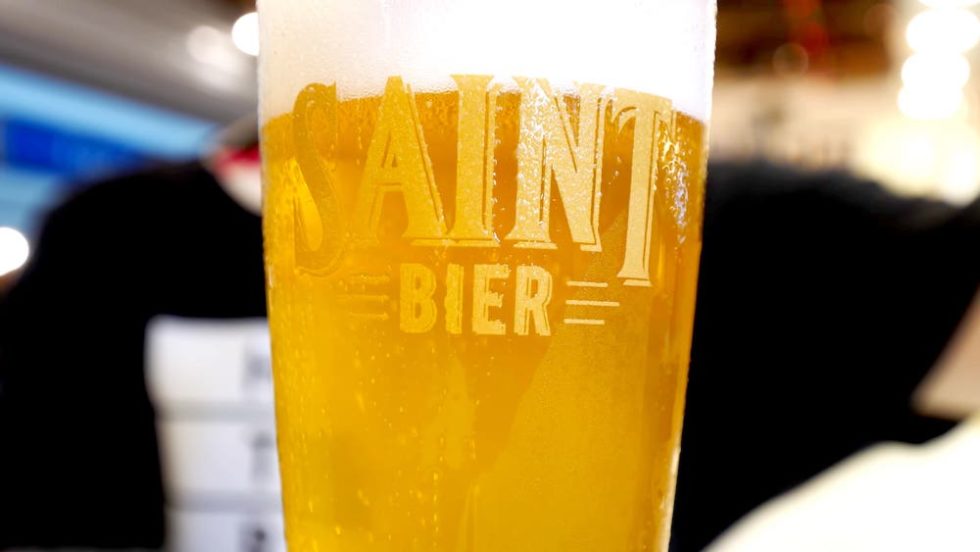 From there, we crossed the street and headed to the Christmas market. I could see lots of electronics, glasses, and phone accessories. Outside was a vendor selling cakes, croquetas, and coffee. I got a black coffee with no sugar, but it was still sweet even without it!

What an incredible way to start my first full day in Florianópolis! Huge thanks to Guilherme and Rafa for taking me on this epic Brazilian central market food tour in Florianopolis, Brazil. I can’t thank them enough for showing me around. Be sure to check out their YouTube channel and Instagram for more Brazilian food content! I also have to thank the awesome people at the Hotel Intercity Florianópolis for hosting us during our time in the city! It the best place to lay your head while you’re in Florianópolis. 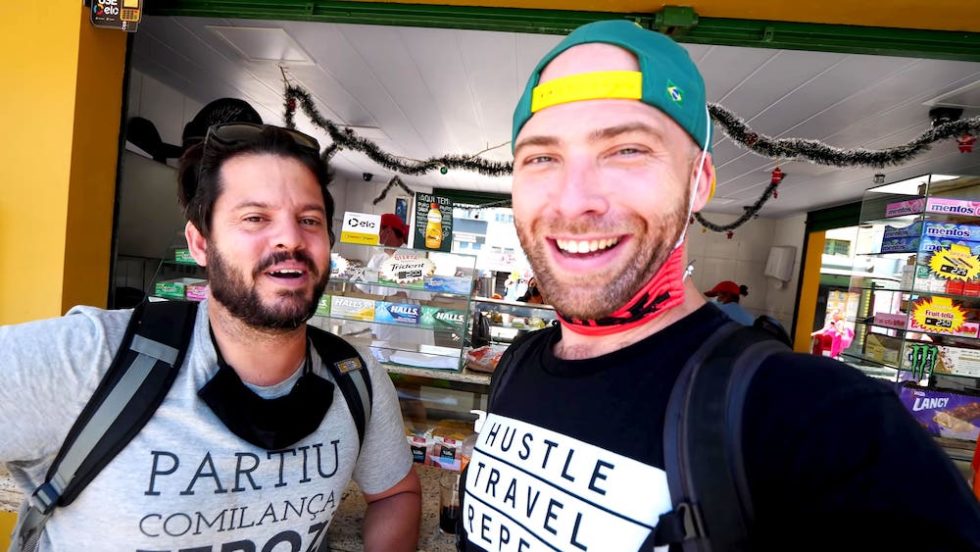 I hope you liked coming with me on my Brazilian central market food tour in Florianopolis, Brazil! If you did, please give this video a thumbs up and leave a comment below. Also, please subscribe to my YouTube channel and click the notification bell so you don’t miss any of my travel/food adventures around the world!