My adventures in the bustling city of Karachi, Pakistan continued with an incredible food experience in the Clifton neighborhood! Come with me as I try Pakistani Sindh biryani for the first time, as well as some street food and sweets before visiting some local attractions!

My friend and guide Furqan from Manaky and I started at the Shrine of Abdullah Shah Ghazi, a descendent of the prophet Mohammed who came to the area to spread Islam in the 8th century. After he passed away, they buried him in a mound, and the shrine was built around his grave 1,000 years later. 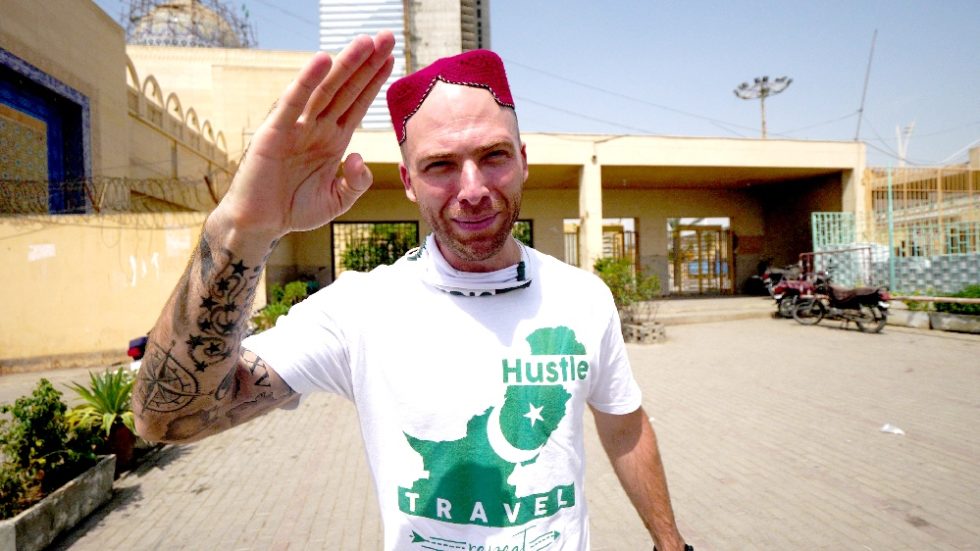 It’s the most-visited shrine in the country. Cameras are not allowed inside, but you can take your phones. But instead of going inside, we hopped in the car to get some food! 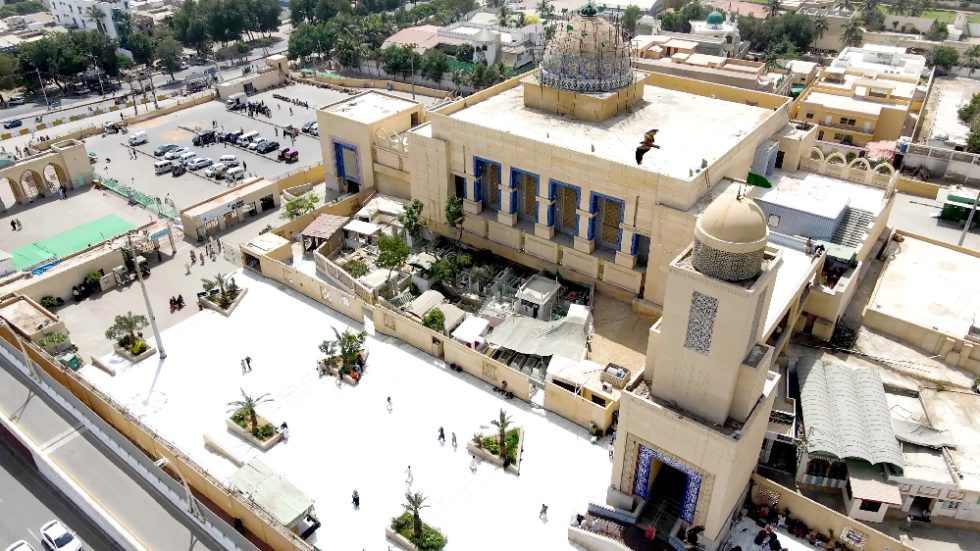 The Clifton neighborhood is the oldest seaside locality in Karachi, as well as the wealthiest. There are many beaches, parks, and restaurants in the area, which is quite suburban and also has some mid- and high rises. 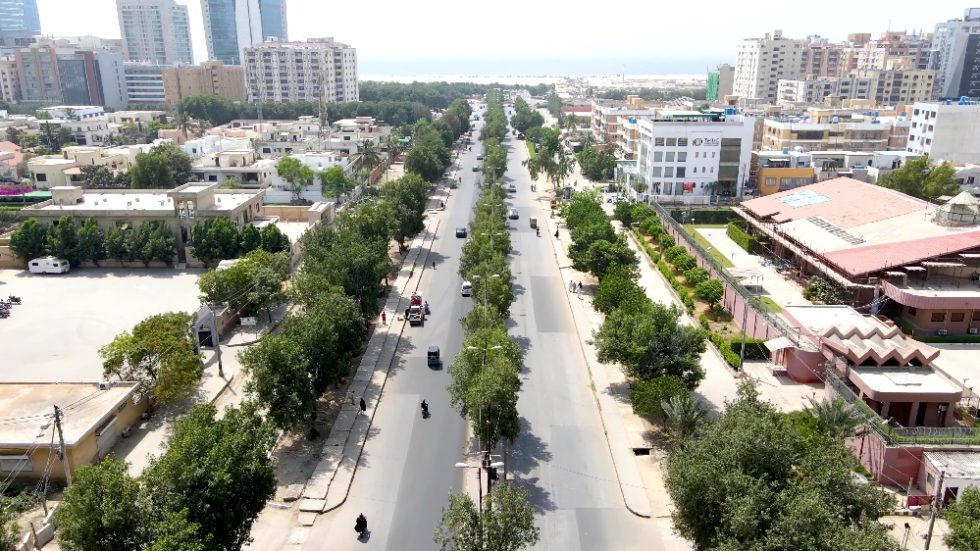 The neighborhood contained lots of wide roads and green areas. The city was very arid and dry. During the summer months, it can be well over 100 degrees Fahrenheit here, and can drop down to around 50 during the winter.

We arrived at Biryani Wala to get some Pakistani Sindh biryani. They had both chicken and beef biryani at the moment, as prawns weren’t in season. The biryani is a layered rice dish that contains basmati rice, different masalas, and proteins. We also had some raita, a type of yogurt sauce, on the side. 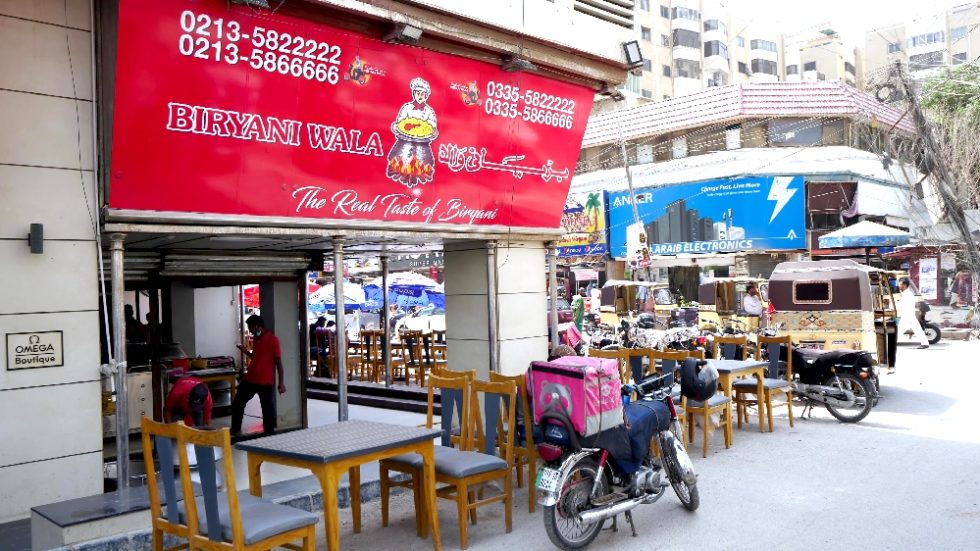 We ate at a table outside and dug right in with our hands! It was amazing. The addition of the creamy raita added a new layer of texture and flavor. It wasn’t heavy on the spices, and the chicken was perfectly cooked. I also liked the potatoes in it! Biryani is definitely a mood changer! 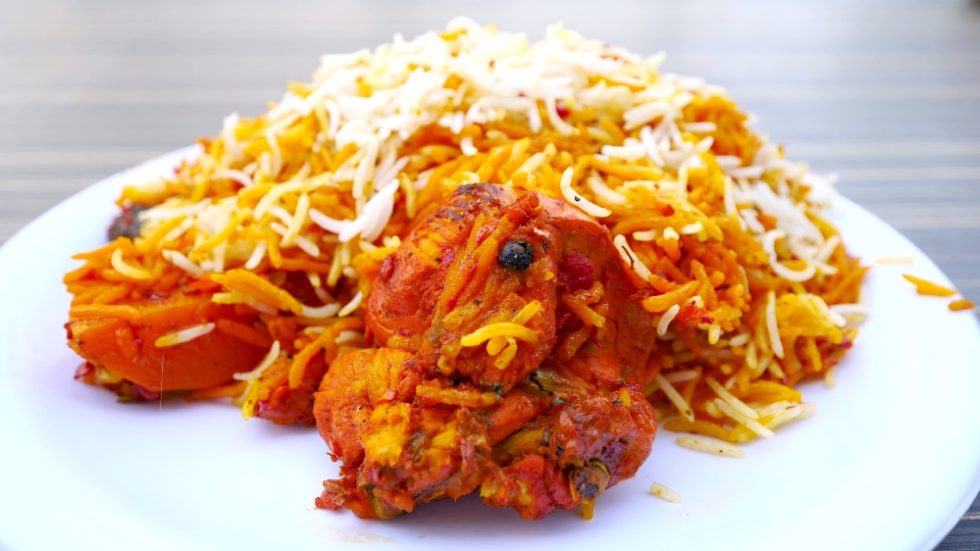 Then, I jumped on the beef biryani, which I liked even better. It was heartier and heavier than the chicken biryani, and I loved the spices that they added to the beef. It’s one of the 3 best biryanis I’ve ever had in my life! 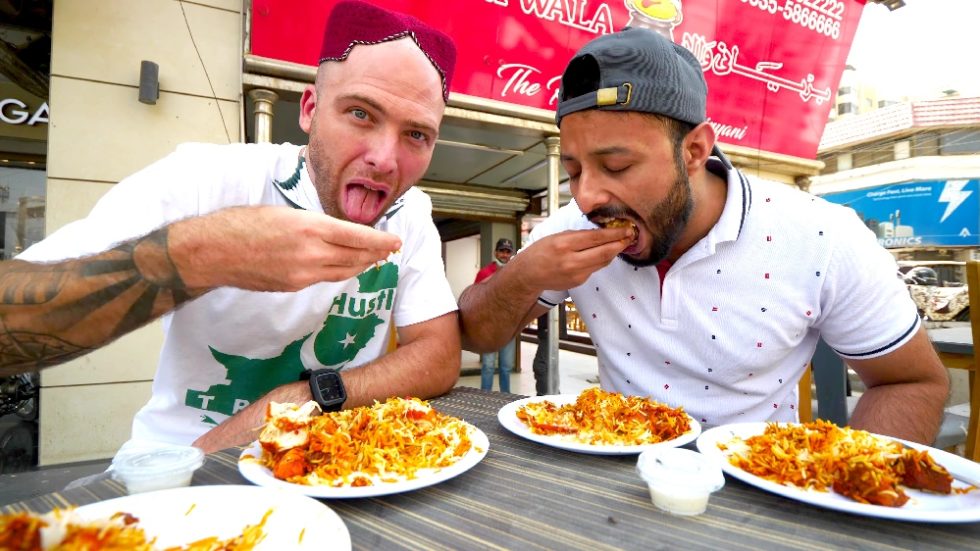 After eating our incredible biryani, we continued exploring the neighborhood. I found some vendors selling chicken shawarma with vegetables in a pita. It smelled unreal! There were also vendors selling pani puri, kachori, and biryani. 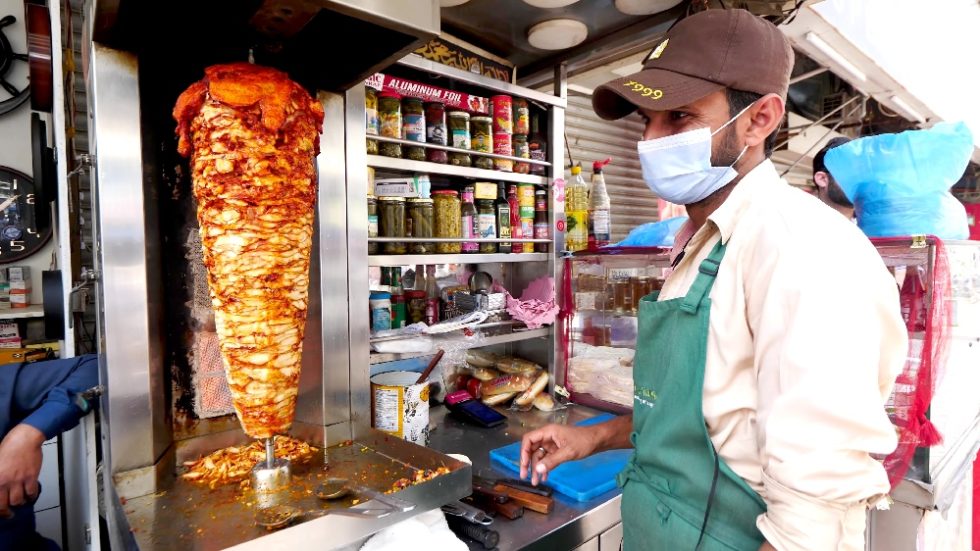 We stopped at one selling mosambe juice with black salt. It was like a tangy orange juice with masala! It was exactly what I needed after that spicy biryani! As we crossed the bridge across the road, we got a great view of the road below!

We then made it to Sohny Sweet & Bakery, where they have tons of sweets, including halwa, cakes, and more. I tried two types of kalakand, which is made of milk and sugar. It was sweet, dense, and crumbly. The lighter one tasted like a crumbly cheese. I liked mixing them! 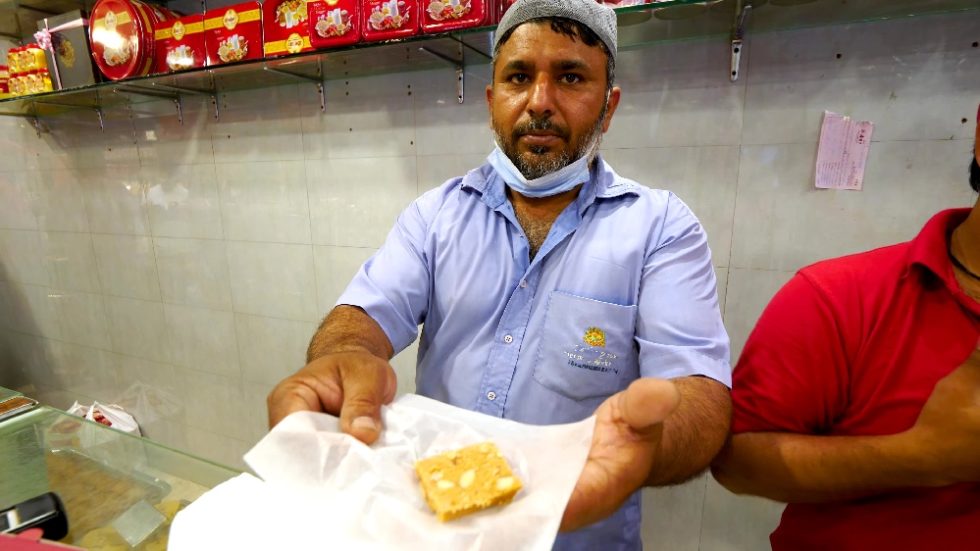 Then, I tried almond barfi, which was nutty and dense but too sweet for me! I tried another sweet similar to rasgulla, some amazing walnut halwa, a pasty one made from almonds, and an herbal and sweet baklava. My favorite was the walnut halwa! 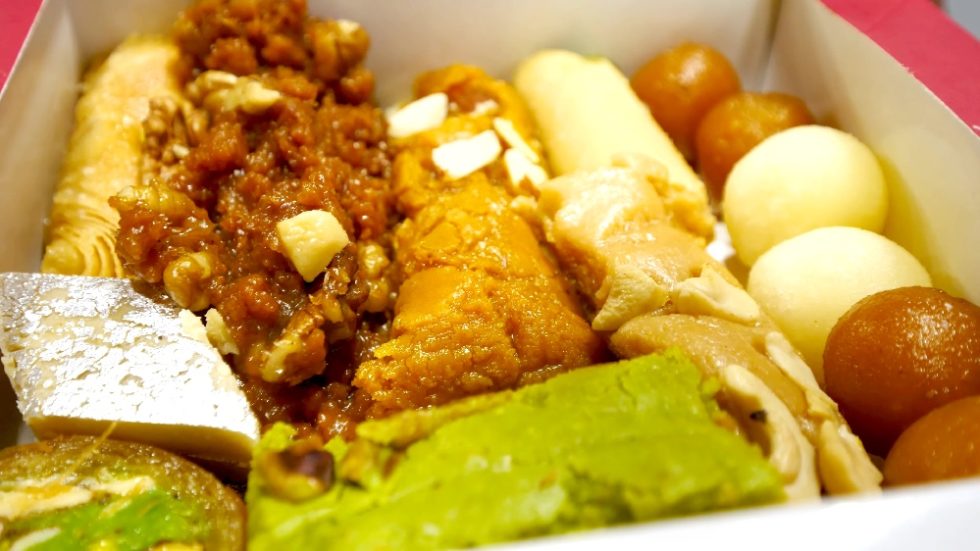 Finally, we drove five minutes to Clifton Beach, where you can ride camels and horses. The tide was low, so the beach was really wide. There were lots of people there! 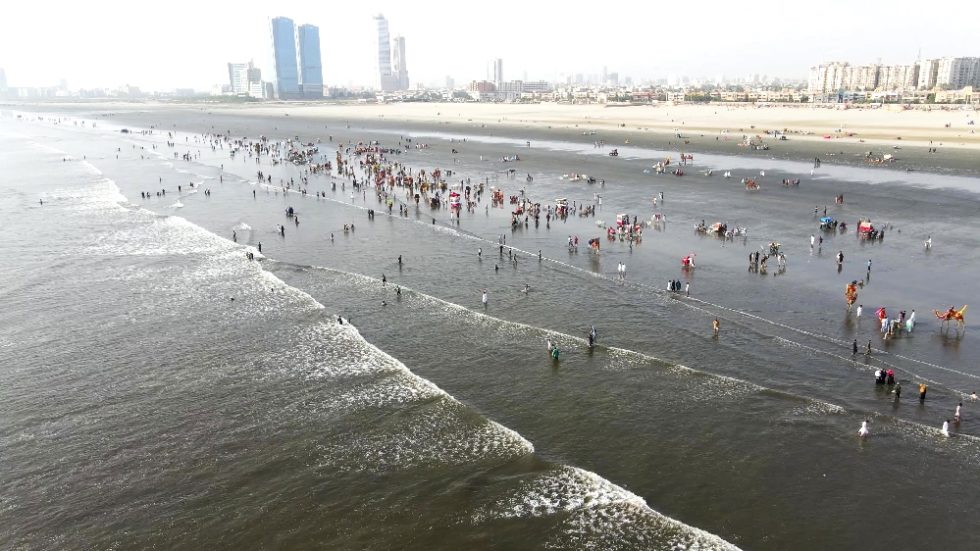 The sand on the beach is black, and it costs about 100 rupees to ride a camel for 15 minutes. It’s a fun and unique to do when you visit Clifton Beach! 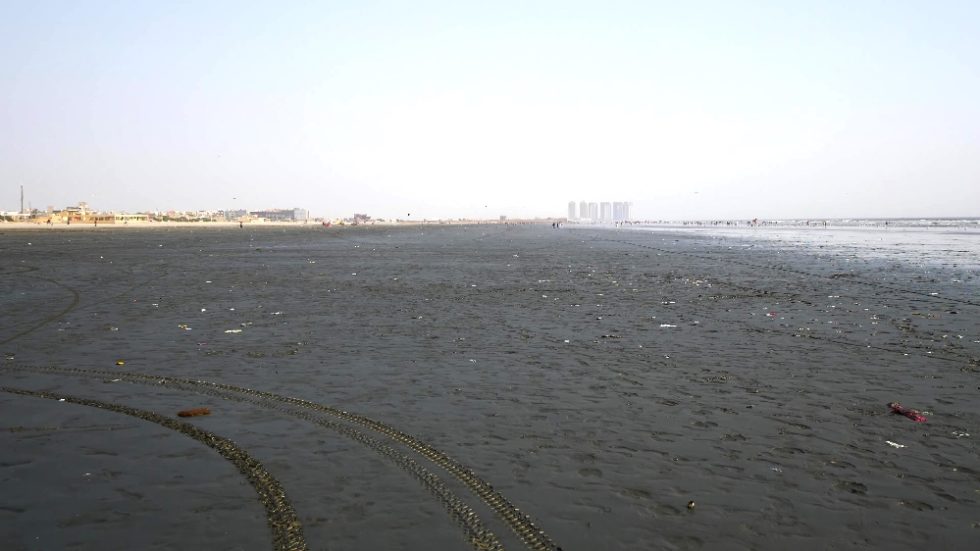 What a fun way to wrap up my Pakistani Sindh biryani and street food experience in the Clifton neighborhood in Karachi, Pakistan! Massive thanks to my friends at Manaky for taking me on such a fun adventure. 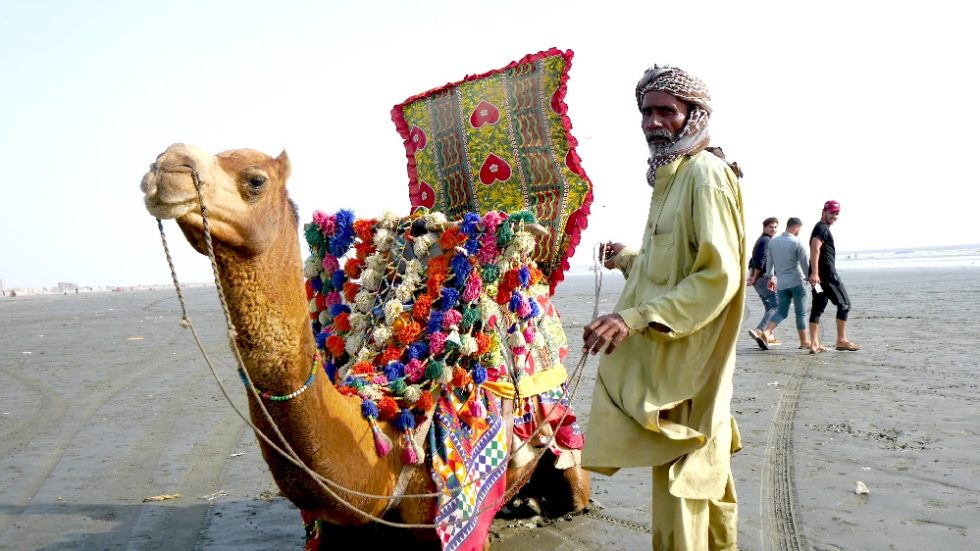 I hope you liked coming on my Pakistani Sindh biryani and street food experience in the Clifton neighborhood in Karachi, Pakistan! If you did, please give this video a thumbs up and leave a comment below. Also, please subscribe to my YouTube channel and click the notification bell so you don’t miss any of my travel/food adventures around the world!