With more adventures in Gujranwala, the City of Wrestlers, ahead of me, I kicked my day off with a mind-bending local street food adventure! Join me as I explore the world of Gujranwala street food for breakfast, including hareesa, doodh patti, bakarkani, and more in eastern Pakistan!

My morning began on Nanakpura Food Street with my guide Rashid from Manaky. This street is famous for its breakfasts. There, you can find lots of street food vendors selling everything from hareesa to paya to naan. 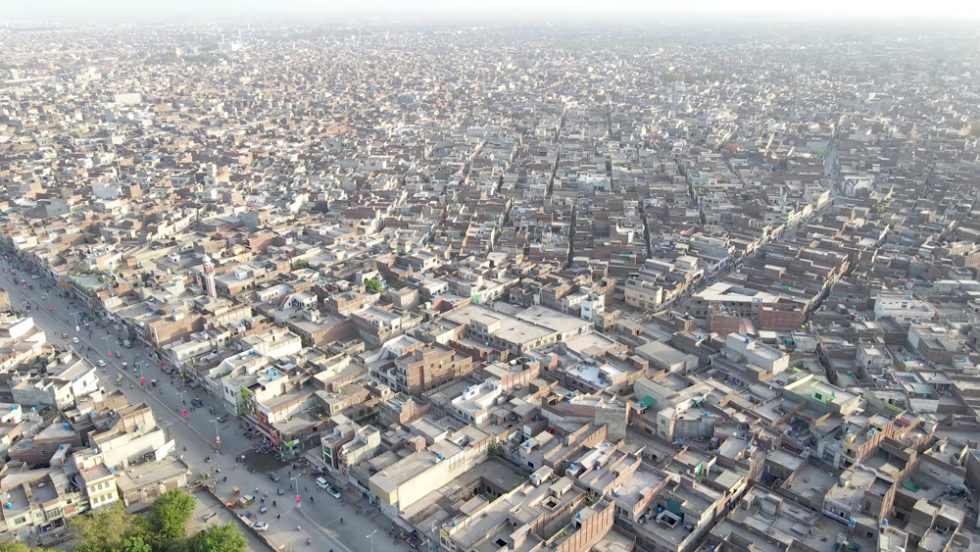 Hareesa is a dish made from three different types of dal, while paya is a stew made from veal legs and head. 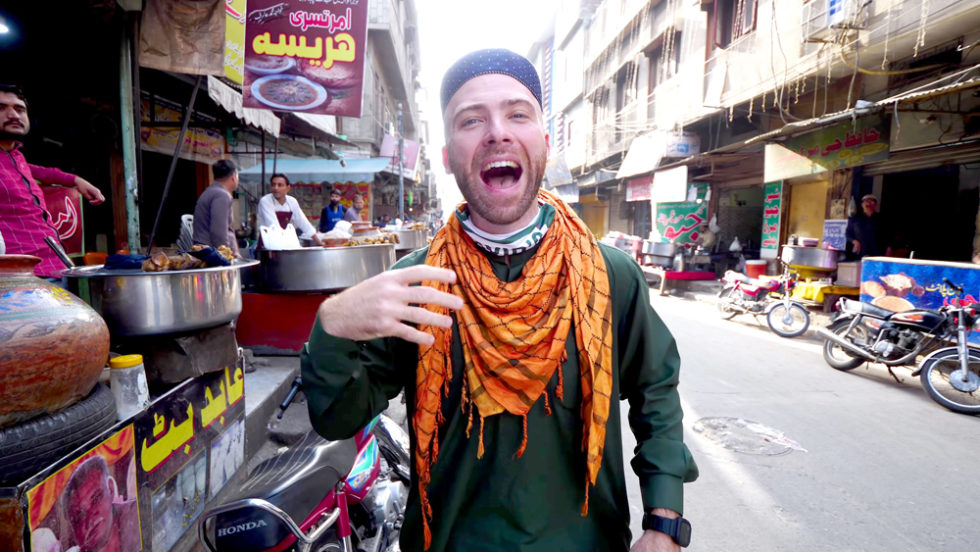 The paya is a very famous dish in Lahore, so I’d have it there. Instead, I’d be eating some hareesa and naan at Amritsari Hareesa. We also got some lassi! 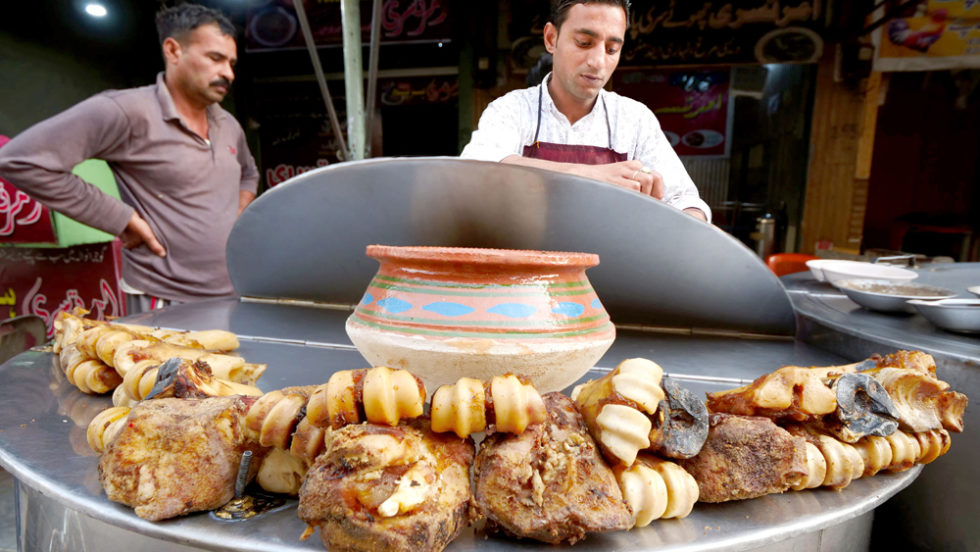 The hareesa was a thick and pasty dal stew that also contains meat and rice. It was nice and oily, and you can’t get it anywhere else in Gujranwala!

It was an easy and simple breakfast with very few spices. But even though it contained few spices, it was extremely flavorful! It was perfect like this! 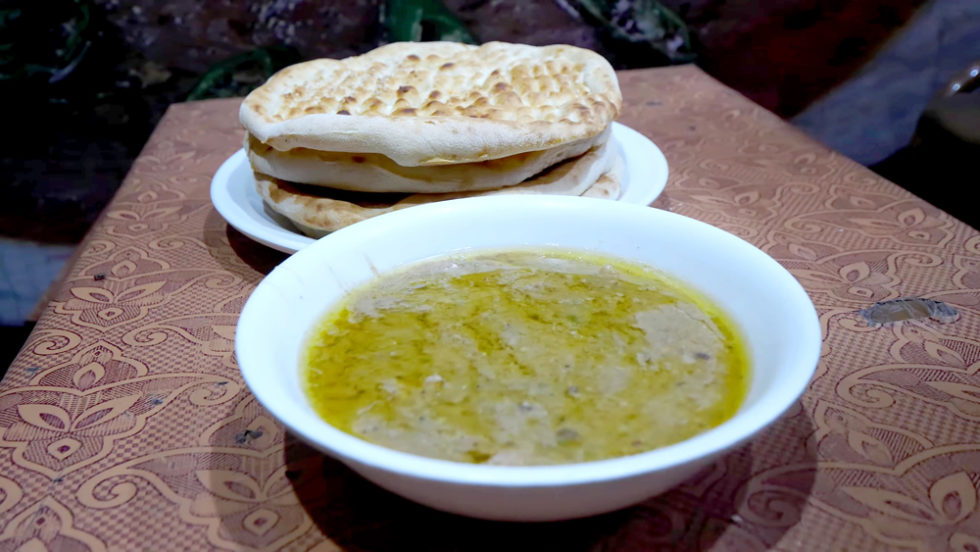 You eat the hareesa by dipping bits of naan into it. I liked that there were so many different types of naan in Pakistan. From garlic to roghni naan, I loved them all! 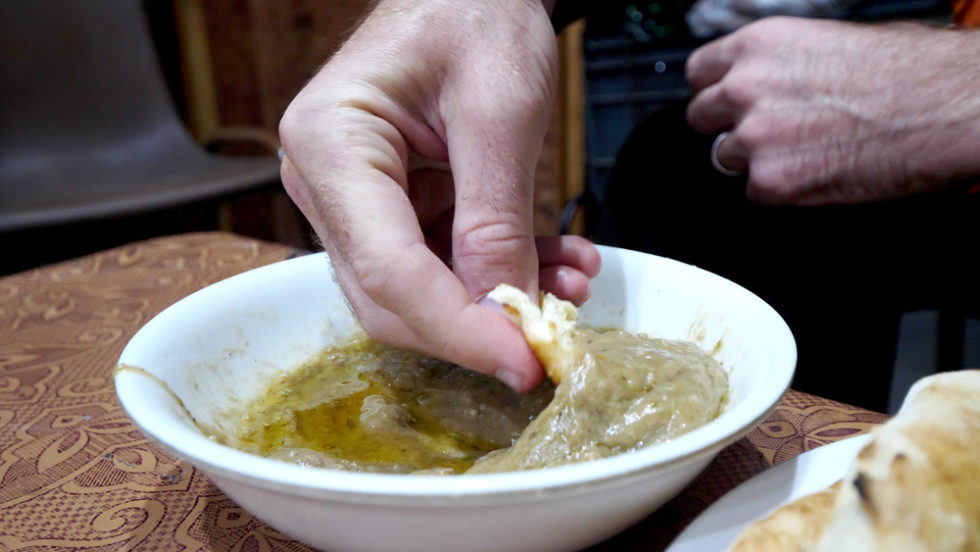 The texture that the big chunks of mutton added to the hareesa was excellent! The chunky meat, pasty dal, and crispy and chewy naan were an incredible combination! 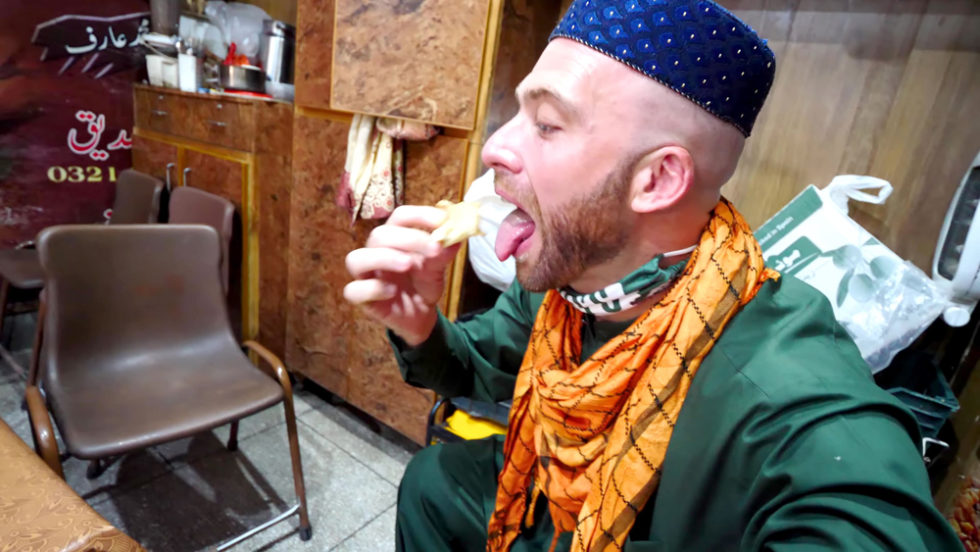 This naan wasn’t baked in a traditional tandoor oven. Instead, it’s cooked in a conveyor belt oven, but it still has a delicious, smoky flavor. 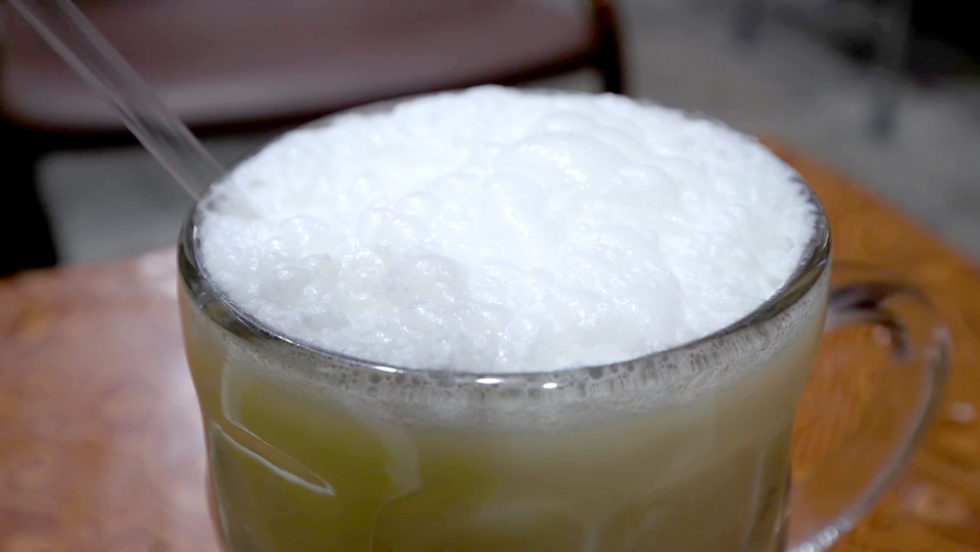 Then, I finished up my breakfast with some lassi, which was sweet, cold, and refreshing. It was very different from the bitter and sour lassi I’d tried the day before. It served as the perfect palate cleanser! 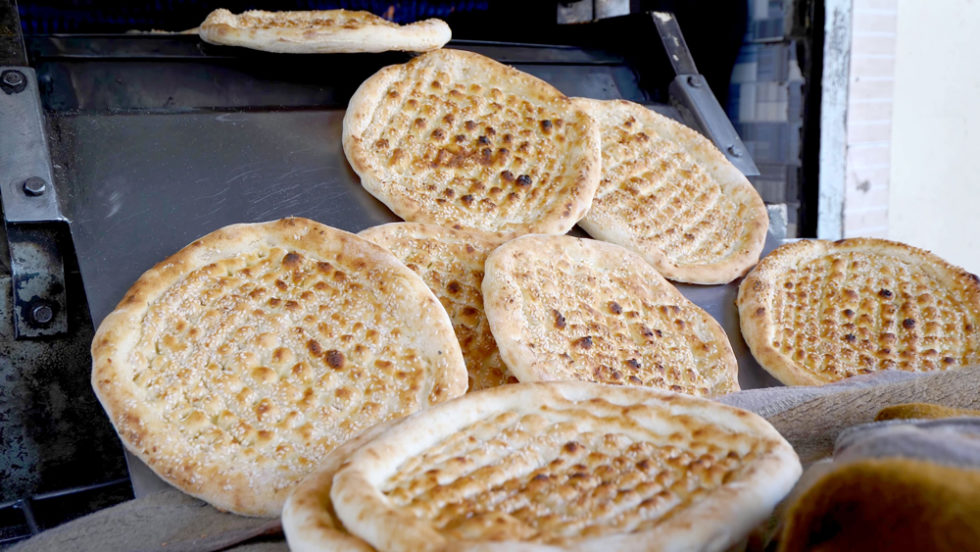 Next, I headed into the kitchen to see the cooks baking the naan on the conveyor belt oven. This way is a lot simpler and easier on the cooks’ bodies than using a tandoor. 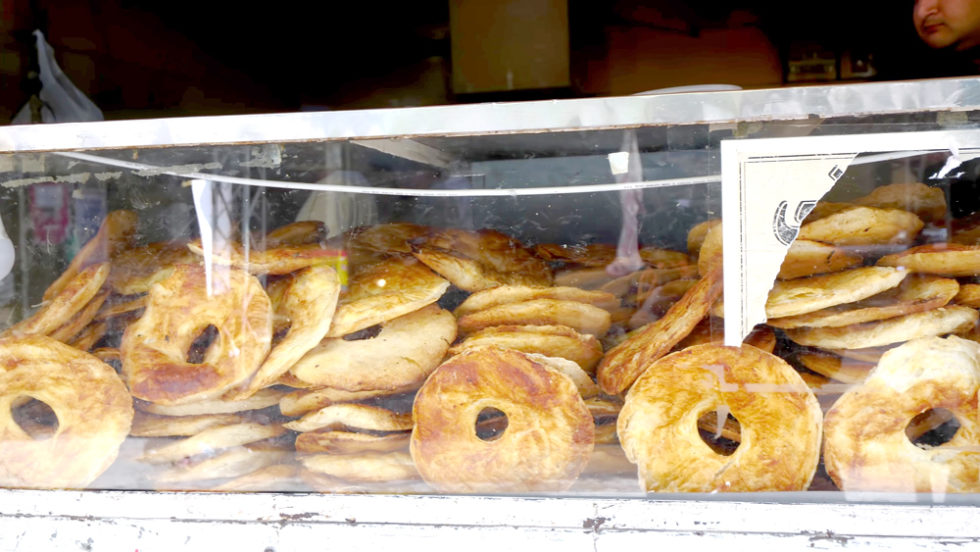 Next door is a vendor selling milk, yogurt, and malai. Further on, we visited another tandoor shop where they made naan and bakarkhani, which is a crispy, cracker-like bread you eat with milk or tea.

Across the street, we got some doodh patti, a special type of chai that’s made with only milk and no water. The milk in it made the chai feel like a café con leche. 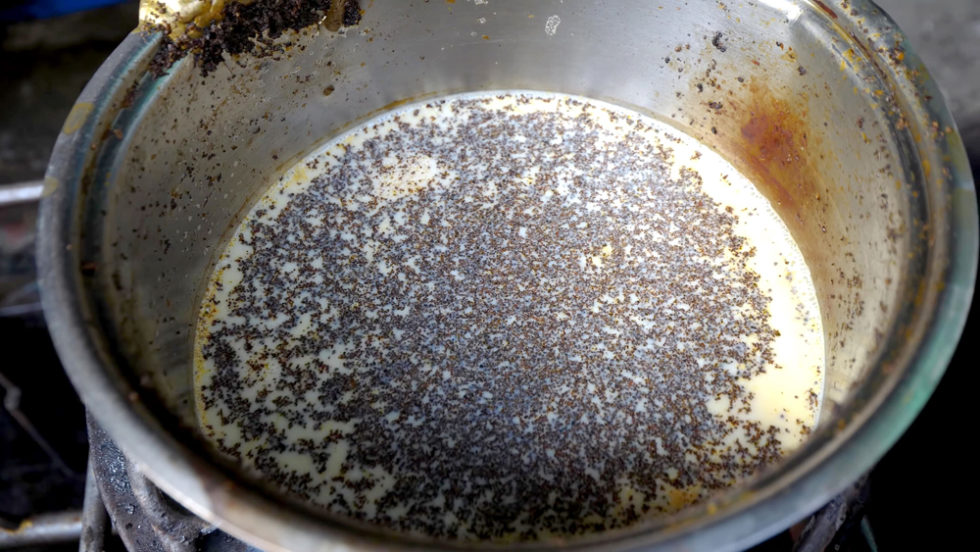 There were tons of vendors cooking around us. I could see vendors making puris, chana, and malai nearby. 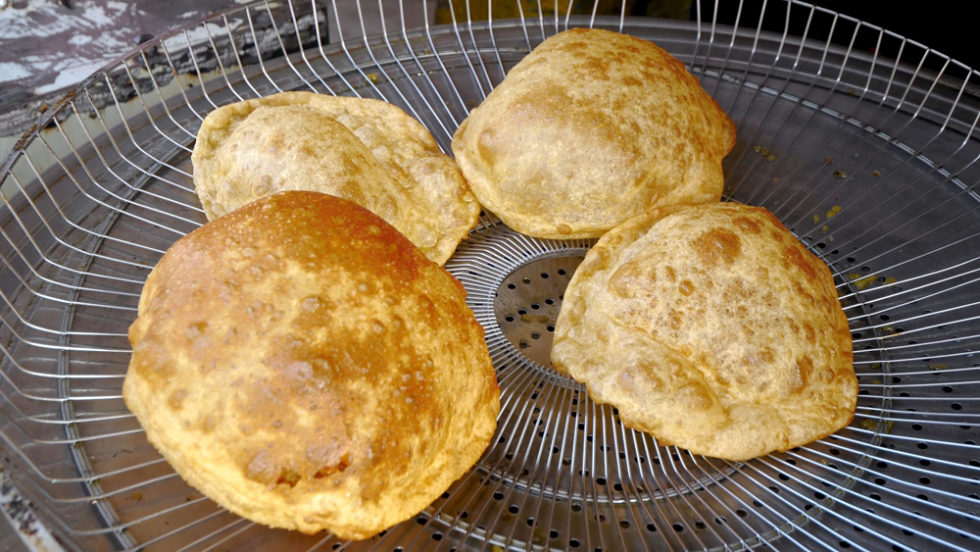 From there, we walked down the street to the 18th-century Estcourt Clock Tower, which is a beautiful brick landmark built during the British Raj. 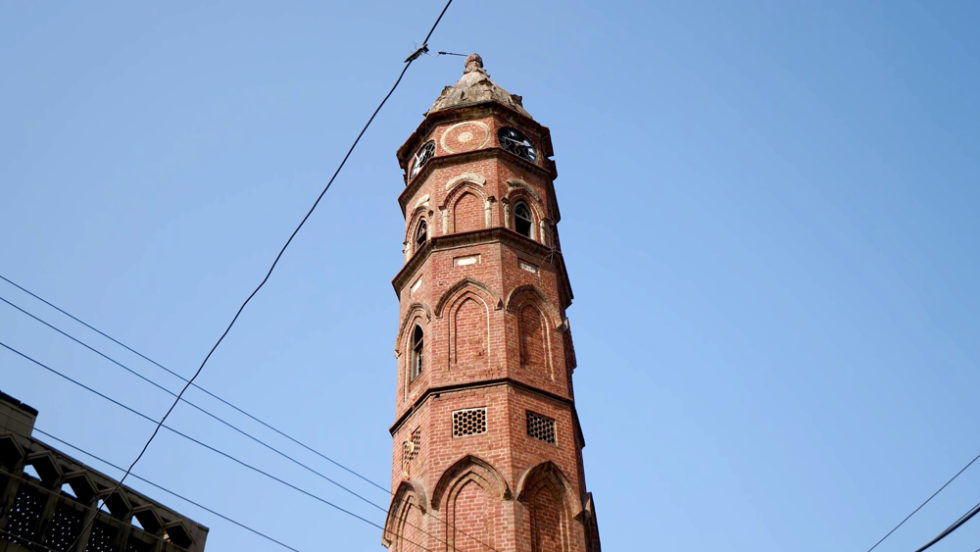 The British Raj began in 1858, and the British ruled over all of Hindustan (what is now Pakistan, India, and Bangladesh) until 1947. 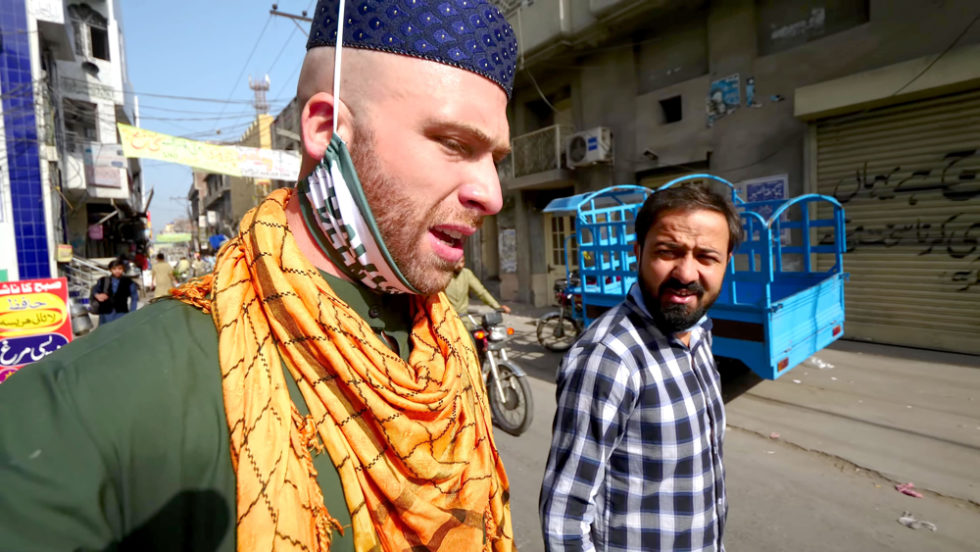 After the British Raj, Hindustan split into the three countries. The Muslims moved into what is now Pakistan, and the Hindus, Sikhs, and other religions settled in India. 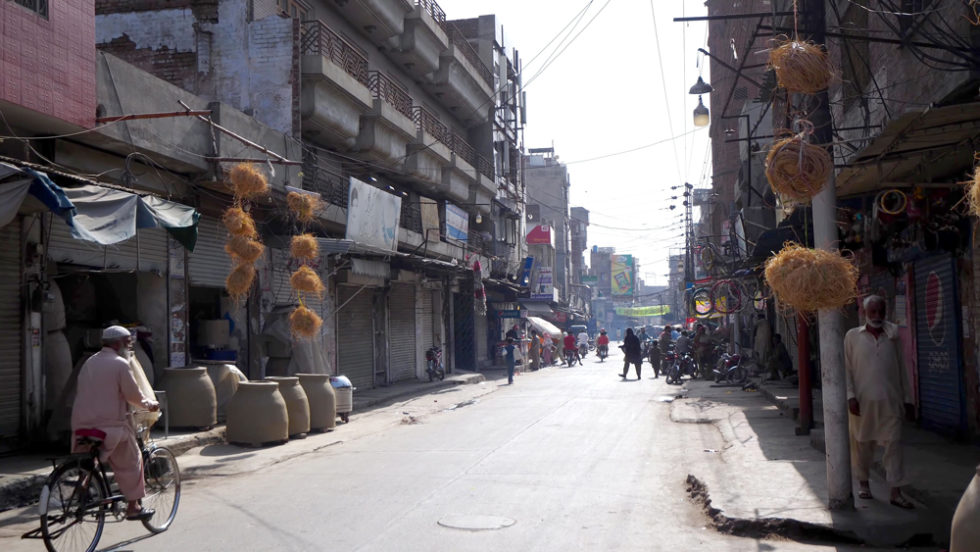 Then, passed vendors selling tandoors and some carpenters cutting blocks of wood. I loved the smell of the wood being cut. You would never see this out on the street in most cities!

Our final stop of the morning was Salman Sweets and Bakery, a famous sweets shop on the edge of town. They sell rasmalai, gulab jamun, tandi doodh, and much more! I could see biscuits, samosas, cookies, and crumpets! 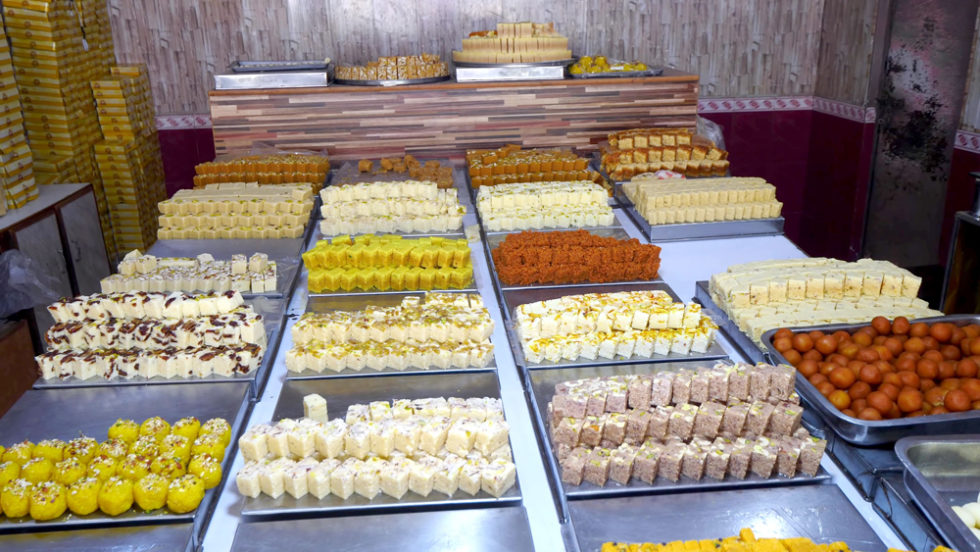 The owner gave me 8 things to try! I started with the rasmalai, which was crumbly, creamy and super milky. The paneer rasgulla is the shop’s specialty and was super moist and tasty! 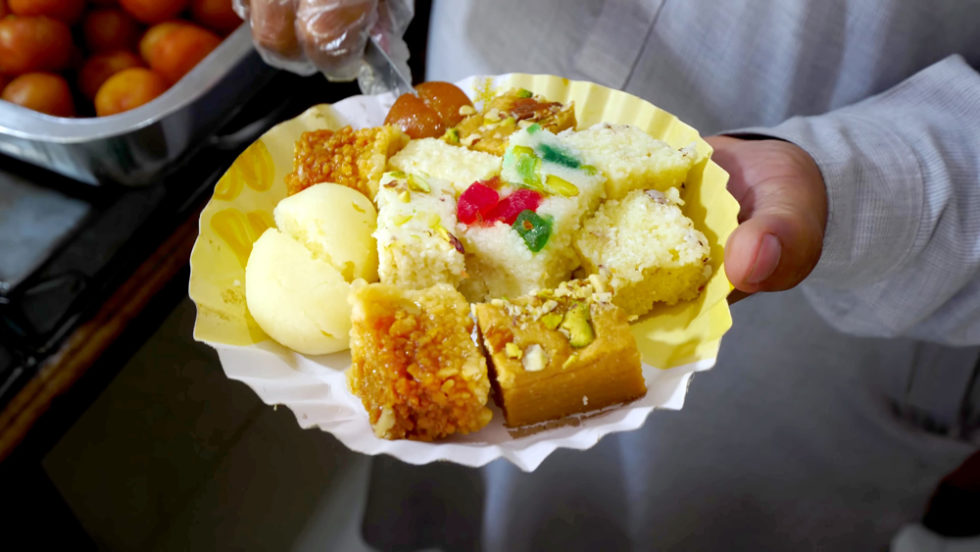 The coconut patisa was very sweet and dense and had nice, nutty layers. I loved the coconuts and almonds. I followed that with a coconut cake, a sweet called tutti frutti, and gulab jamun. Everything was so sweet! 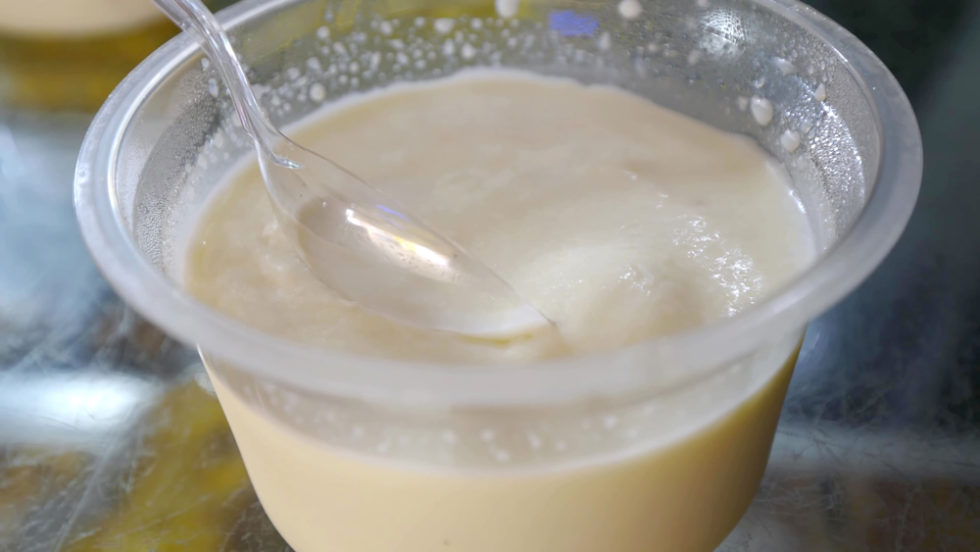 What a fantastic way for us to end our Gujranwala street food breakfast adventure in eastern Pakistan. Now, with a full belly, it was time for Rashid and I to drive to the final city of my epic trip, Lahore! 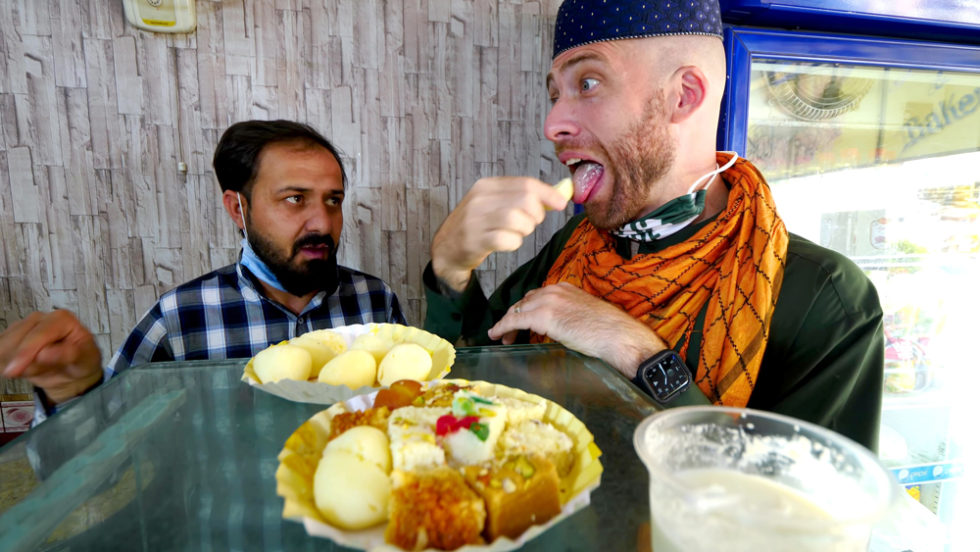 I hope you liked coming with me on my Gujranwala street food breakfast tour in Pakistan! If you did, please give this video a thumbs up and leave a comment below. Also, please subscribe to my YouTube channel and click the notification bell so you don’t miss any of my travel/food adventures around the world!