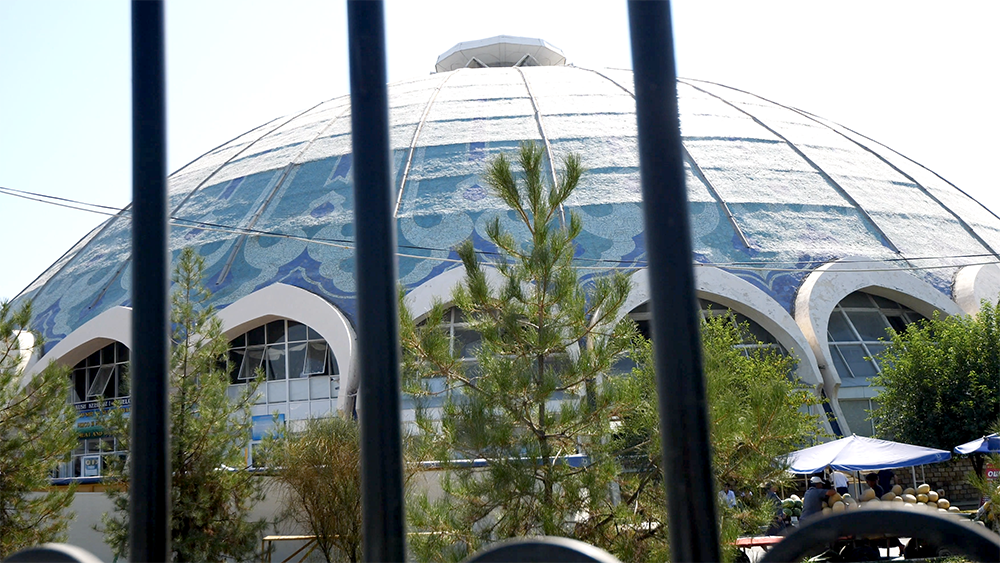 Chorsu Bazaar is the largest and oldest traditional bazaar in Tashkent. Inside the massive, domed complex, you can find vendors selling fresh fruits, vegetables, and vendors. There are also vendors outside selling street food, and a nearby market that sells crafts and silks.

We headed to the left, straight to the food, to start my food tour of Chorsu Bazaar. There was a small vegetable market, where I could see cucumber, peppers, tomatoes, and much more! 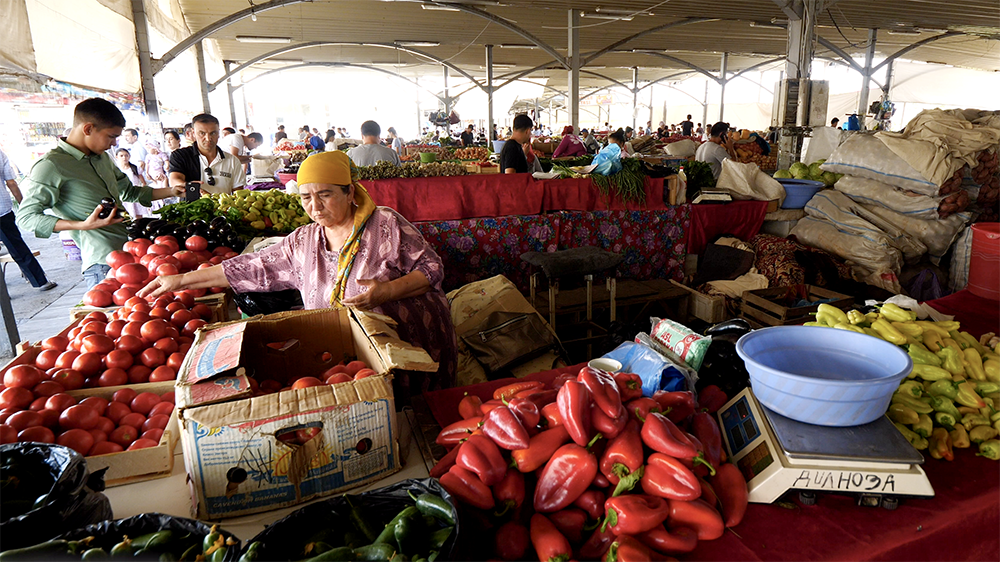 The street food was down some stairs and to the right. I could see people eating somsas and corn. The smell was incredible! I started with some lamb sausage made of intestines called hasib. It was super tender and was full of flavor! Then I tried some horse meat with cheese called norin. The horse meat was dense and gamy, but so tasty! 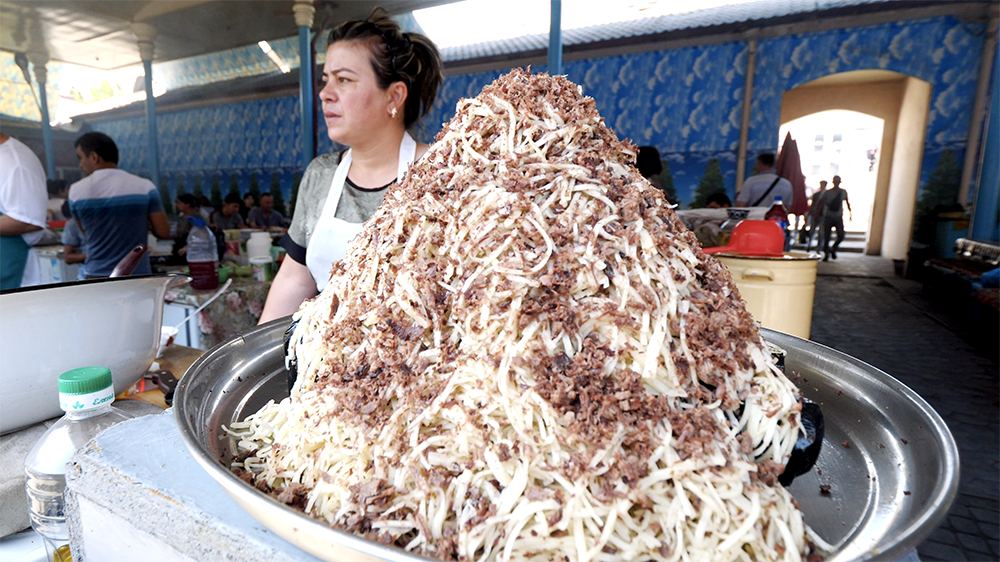 Next, I tried honim, which is like a dumpling made with tomatoes, chilies, and onion. We took some honim, norin, and hasib to a nearby table to eat in the communal dining hall. The hasib was down in a soup. The tender meat absorbed the flavor of the broth. I could tell it had never been frozen! 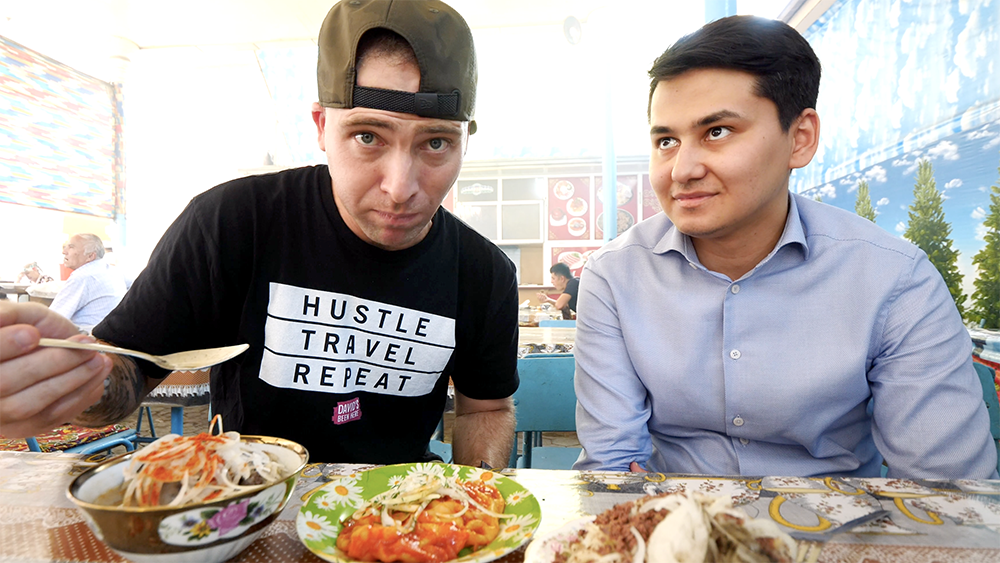 The homim was filled with potatoes and topped with onion. The flavor was similar to an Italian pasta. The dough was thin and you get lots of filling. The potatoes inside are thinly sliced. I served us some tea for my throat. 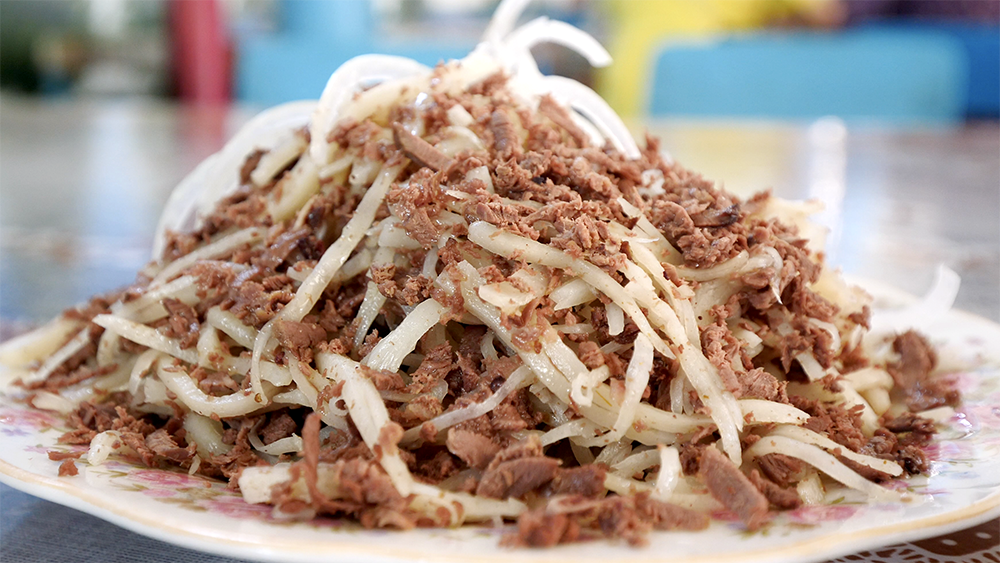 I continued my food tour of Chorsu Bazaar with narib, which was like a horse salad. The cheese was really nice and didn’t have a lot of flavor. Most of the flavor was in the horse meat. I loved the crunch of the onions in it.

Check out the 5 Things to Do in Aqaba, Jordan

Then, I went with the beef kebab, which is cooked in lamb fat. It was phenomenal! The combination of the two was insane. It’s one of the best kebabs I’ve ever had in my life! It had a bread crust. But the hasib was my favorite! 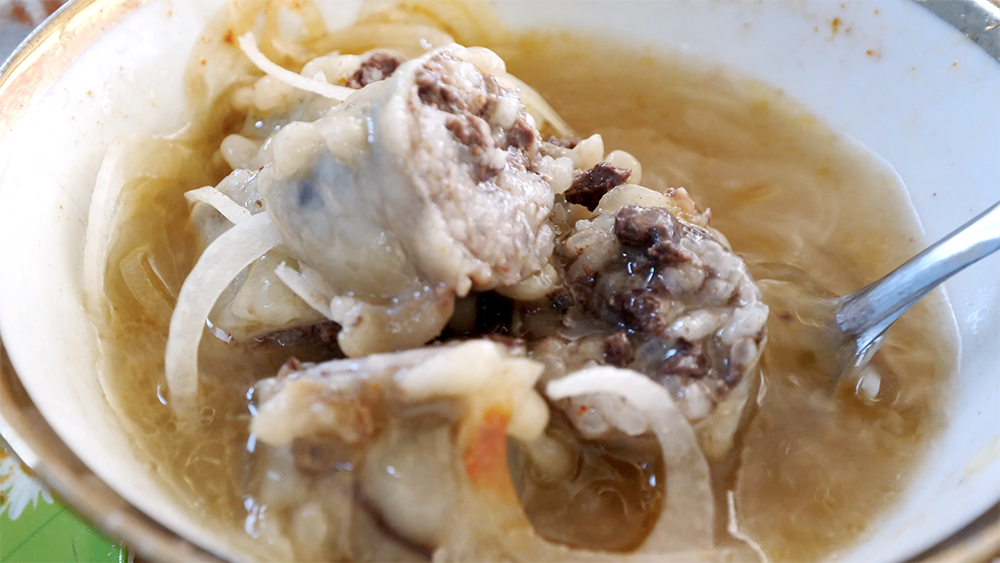 I woke up with no voice, but the green tea was helping! 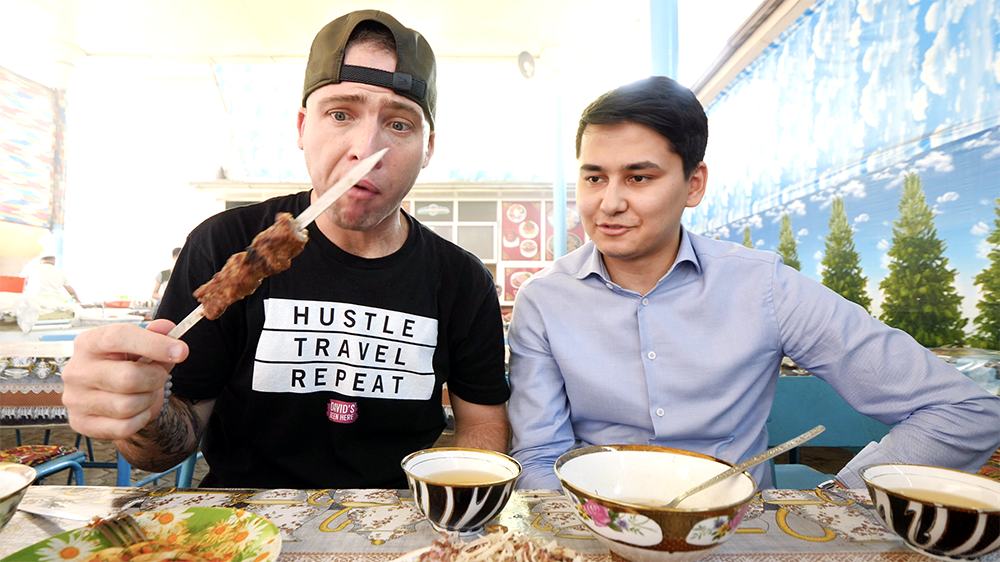 The meal cost me about 56,000 som, or about $5 or $6 USD. Everyone was so nice and friendly. Next, we found some plov, which is the national dish. It’s a mix of rice, raisins, vegetables, peppers, egg, and beef. 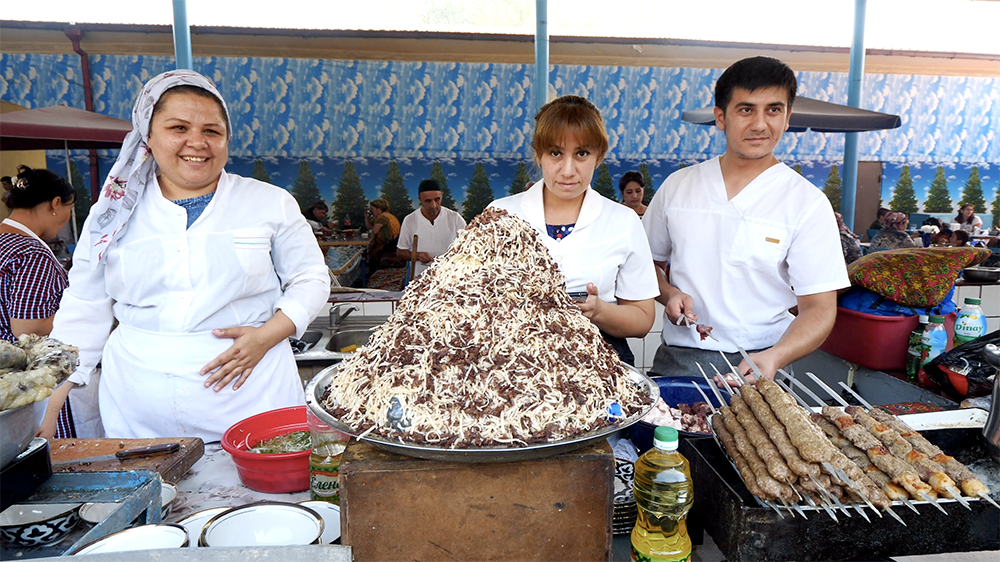 The main section of the bazaar had lots of souvenirs like clothes, pottery, hand-painted plates, and more. Finally, we headed into the domed section of the complex. It was all meat and spices, as well as dried fruits, nuts, and spices. It felt like a massive stadium! The smell was amazing! 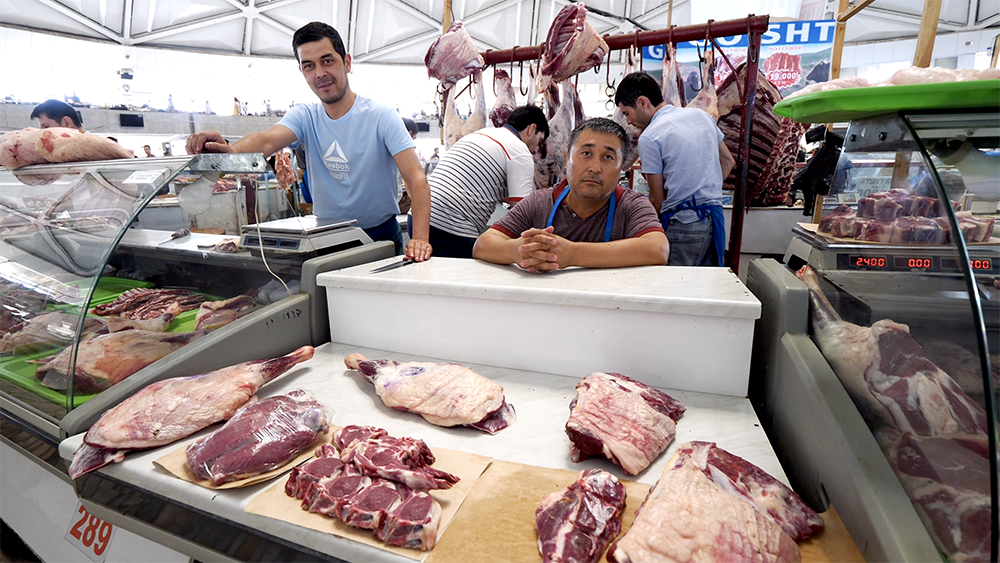 There were lamb, beef, horse, and chicken everywhere. The butcher taught me to chop some meat. Then I saw some huge horse sausage, a horse heart, and some huge beef liver. There were so many cuts of meat, as well as organ meat, cow bones, and more. 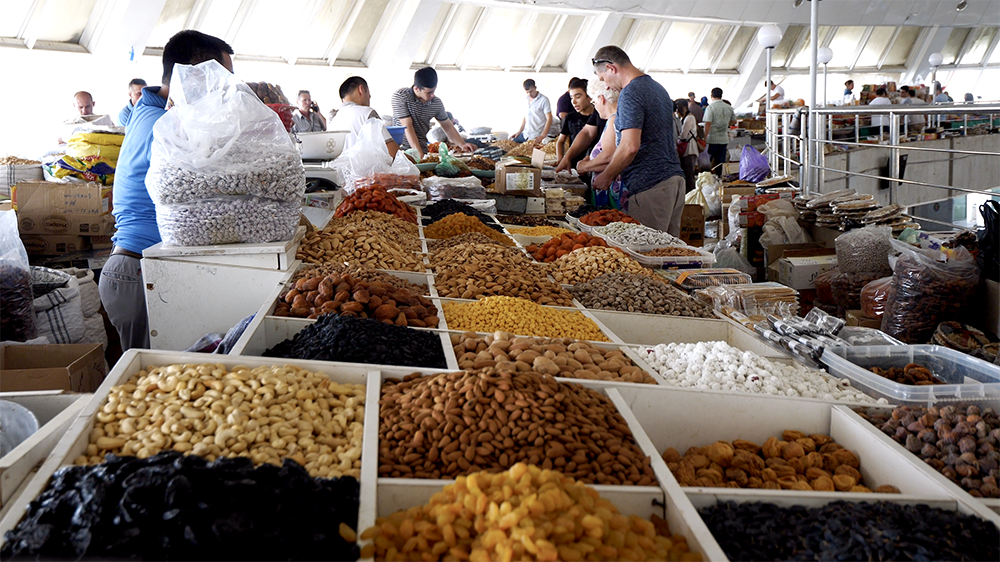 On the second floor were nuts, dried fruits, and spices. From there, I had an amazing view of the whole domed market. I tried a dried apricot, which I loved! It was like fruit chewing gum. Then, I tried a prune, which was very dense and dry. They’re dried in the shade, so they don’t lose all their moisture!

Check out the 15 Places You Must Visit in Jordan

Next, I had a dried kiwi, which was the best kiwi ever. It was nice, moist, and dense. There were also platters of nuts and fruits. There were hundreds of vendors. Then, we visited the souvenir market. 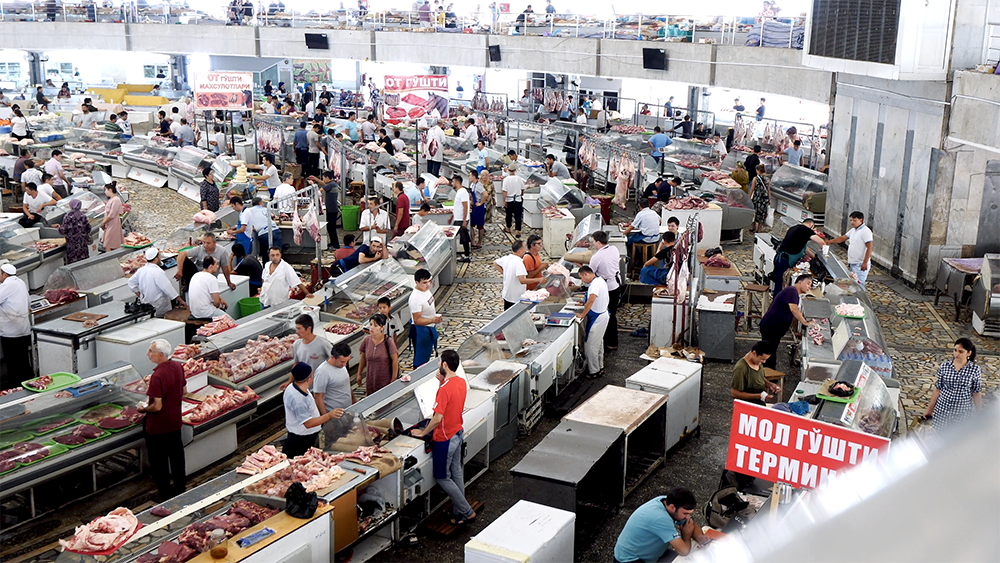 We passed restaurants, fruits, and spices to get there. The aroma was unreal! We passed through a maze-like clothing market. Everything was super affordable. 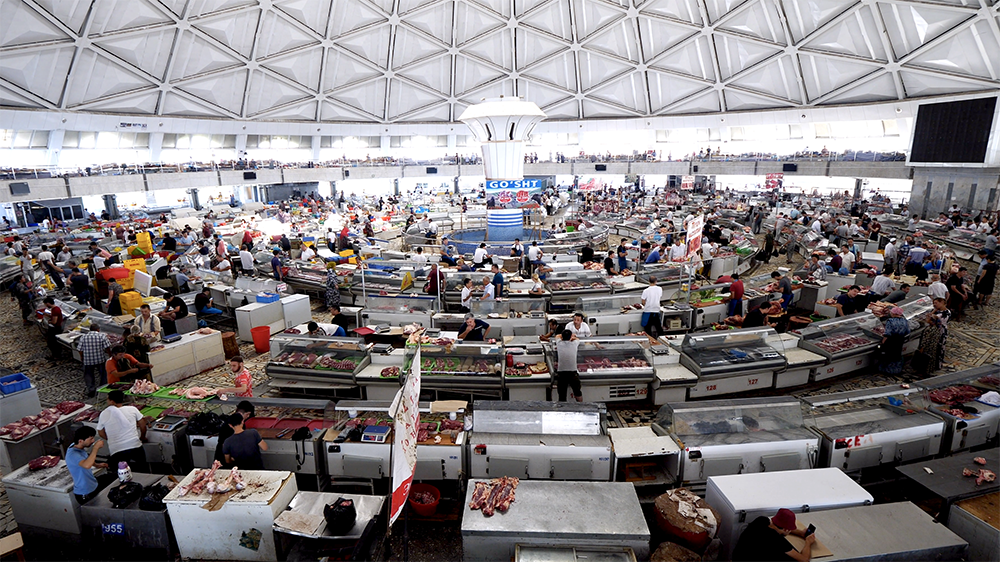 The souvenir shop had lots of vests and figurines of old men. There were also beautiful traditional hats, leather boots, and more. I got a fruit bowl, a jewelry box for my niece, and a hat as a gift. What a day! 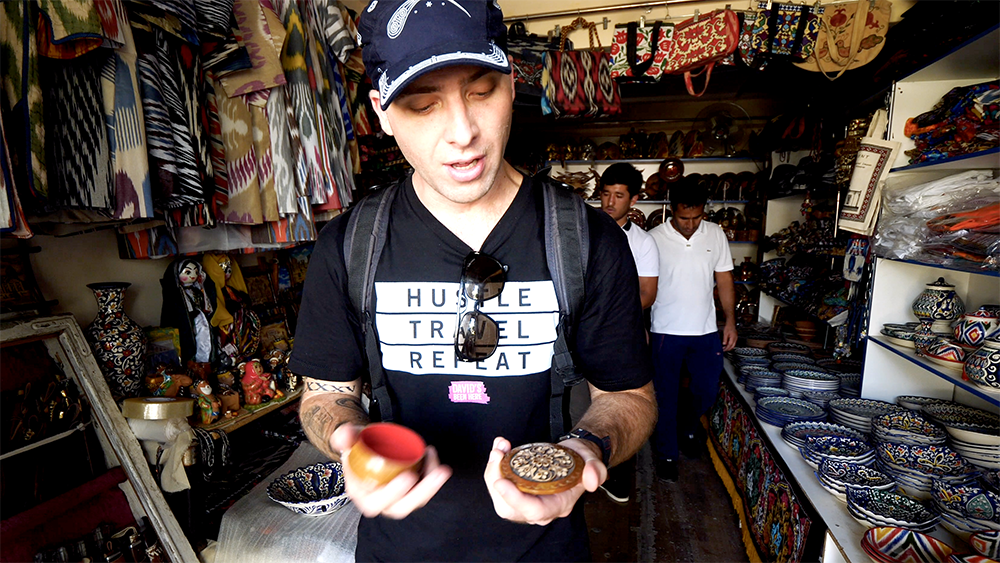 I hope you enjoyed my street food tour of Chorsu Bazaar! If you did, please give it a thumbs up and leave a comment. Also, please subscribe to my YouTube channel so you don’t miss my upcoming videos!