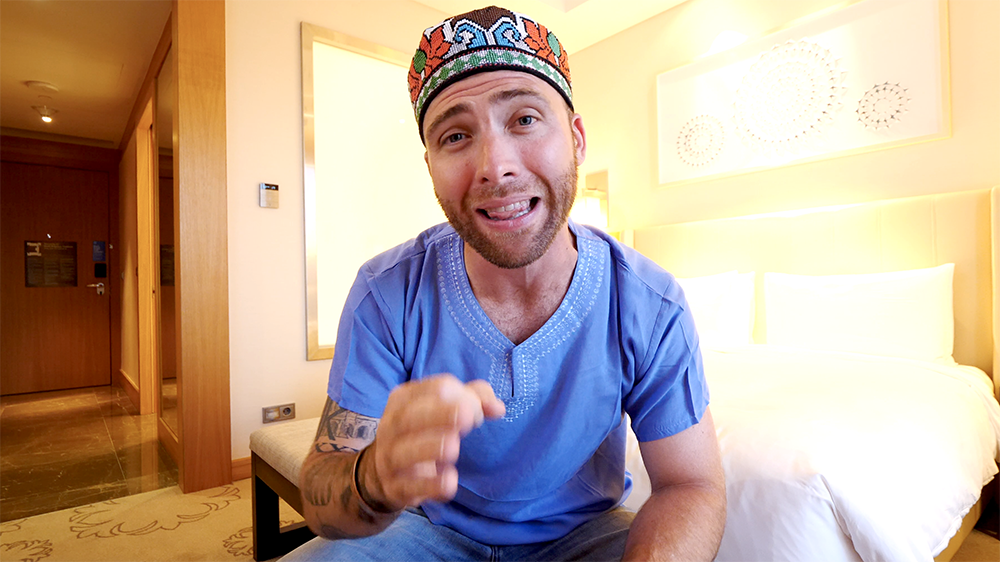 After a whirlwind 12 days that had taken me all over Uzbekistan, I was finally back in its beautiful capital city. I had explored Khiva, Bukhara, and Samarkand in-depth with the World Influencers Congress, which had assembled 100 travel content creators from around the world so we could showcase the beauty, history, people, and wonders of this Central Asian nation. 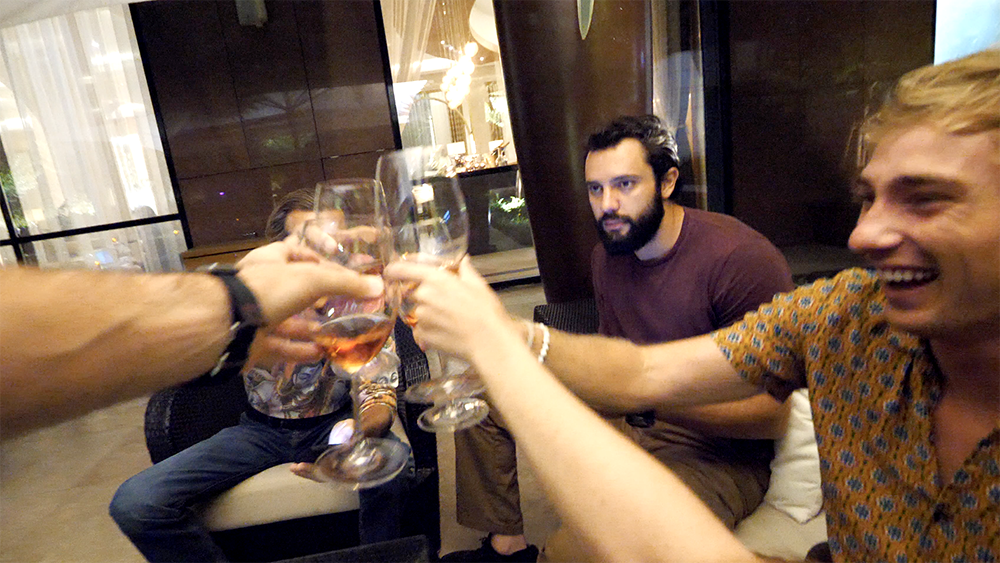 Today was my final night in Uzbekistan, and the next day, September 1, was Uzbekistan’s Independence Day, which first occurred in 1991 after the Soviet Union fell on August 31. 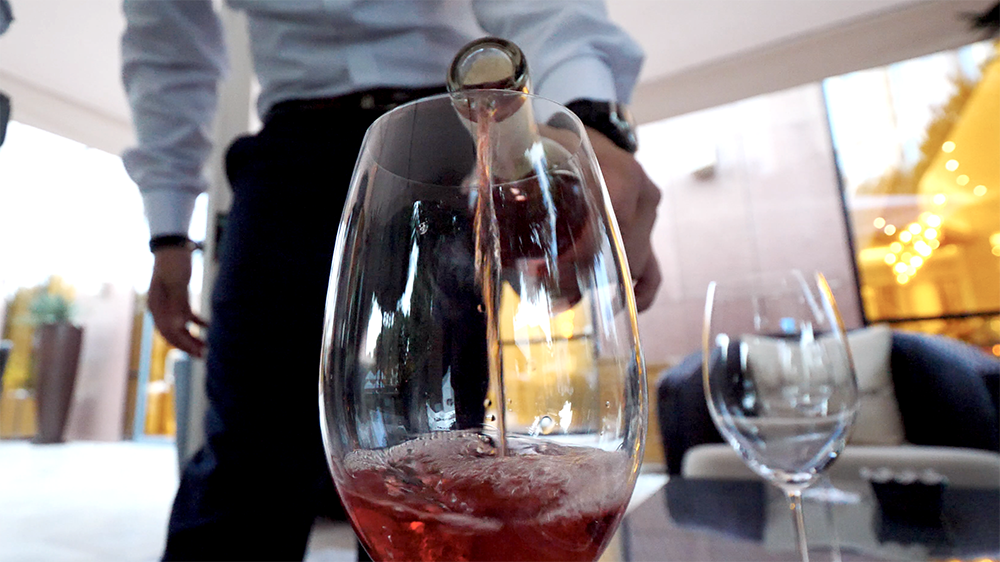 I grabbed my Uzbek wine and headed off to meet with the handful of friends who were still in the country!

My friend Jordan and I started with some wine before my boys Joey, Gabriel, and Alex joined us. We toasted to Uzbekistan’s independence and discussed our future travel plans and then headed out to the Sultan Saray Family Restaurant. It’s a traditional restaurant next to our hotel. 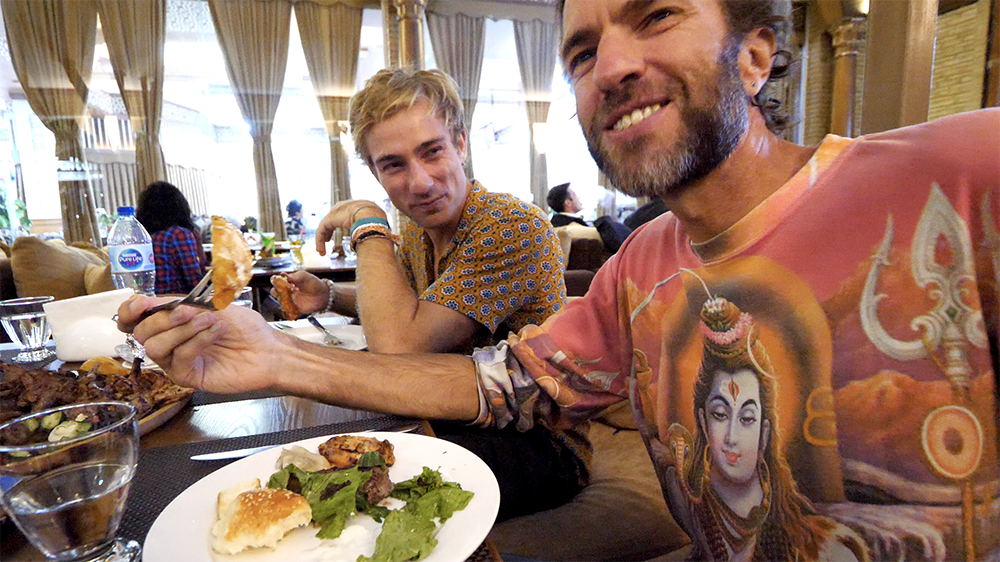 We had some bread and some super fresh lamb, which was very farm to table. There were also some crispy potatoes. I loved how juicy and fatty the lamb was. We also had some dolmas and had a nice lamb chop. My friends also had a type of dumpling with meat inside. 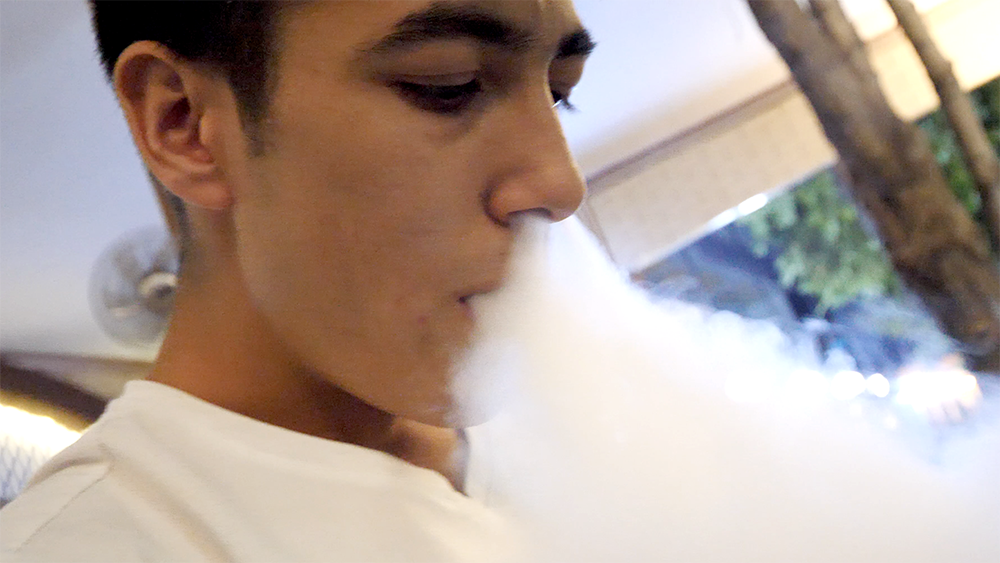 After our meal, we came across a guy with some hookah. He generously shared some with me. Afterward, we headed over to Broadway Street. Gabriel hadn’t been there, but I had visited earlier in my trip. There, the celebrations began! 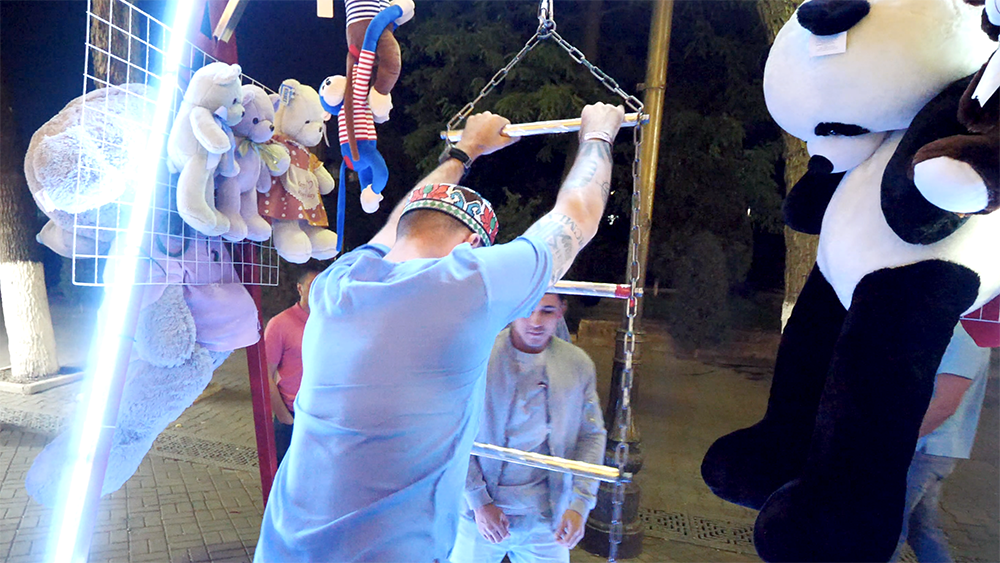 There was a stand where it costs 10,000 som to climb a ladder. The higher you get, the more money they give you. It’s super wobbly, though! Next up was a dart game where you try to burst balloons. Joey burst two and so did I. Gabriel got way more than us! He won a Spongebob plush. He gave it to a little boy nearby. 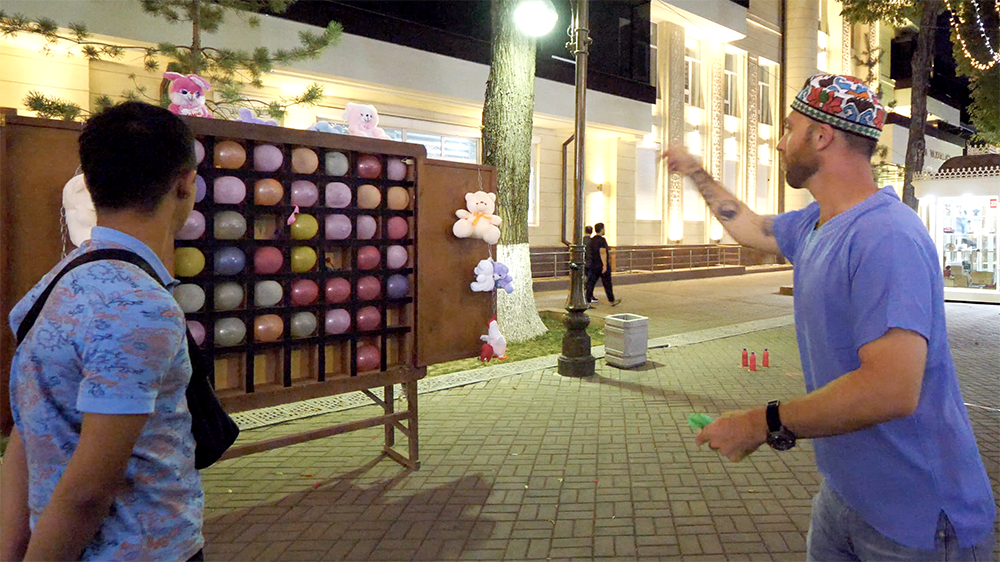 Broadway Street is where you go to have fun. There are games and lots of vendors. The vendors sell jewelry and little figurines. They also sell crafts including decorative plates, paintings, jewelry, and much more.

Next, we decided to have a glass of wine even though I had to get up in 5 hours. I wanted to have these experiences and live it up before my flight in the morning. I said good night to everyone, and Jordan gave me a bottle of wine. Then Joey and I headed up to the rooftop lounge. We wanted to open the wine but it was forbidden there, so we ordered some drinks instead. 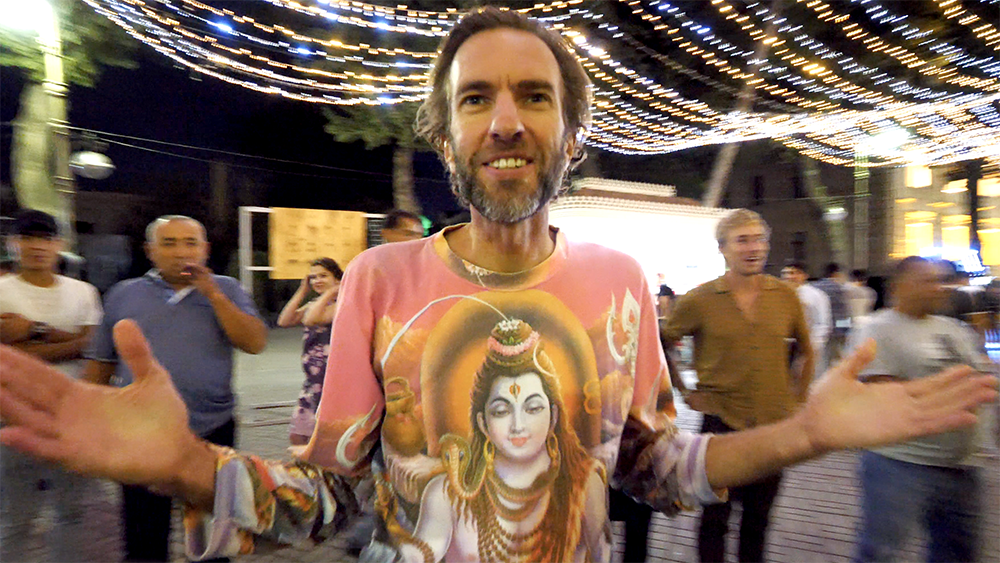 Joey ordered a Moscow Mule and Alex just had water! I had a strong limoncello that they make in the hotel. I had the last glass! 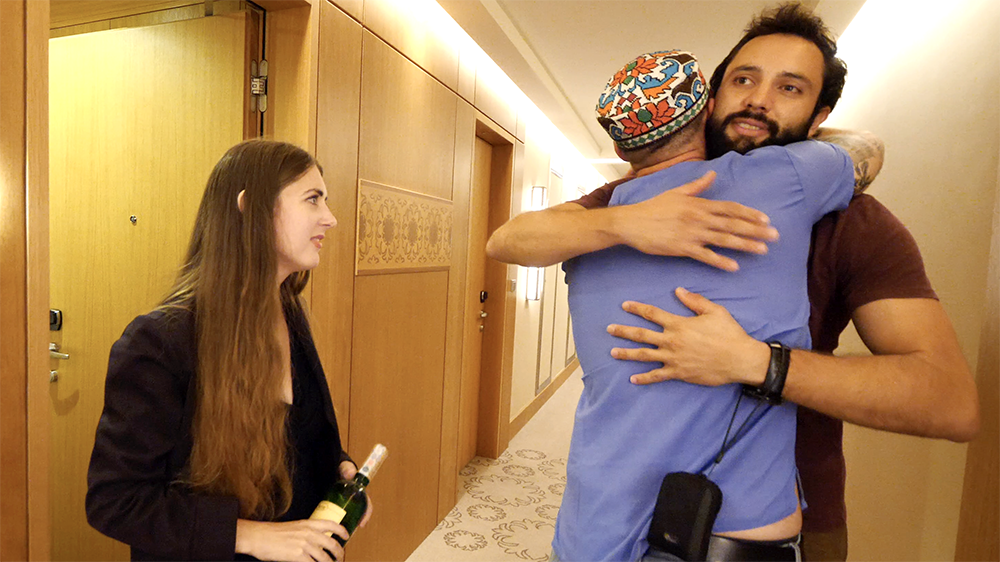 Then, I said goodnight to Joey and headed back to my room. What an epic night! I love those guys and I loved this country! 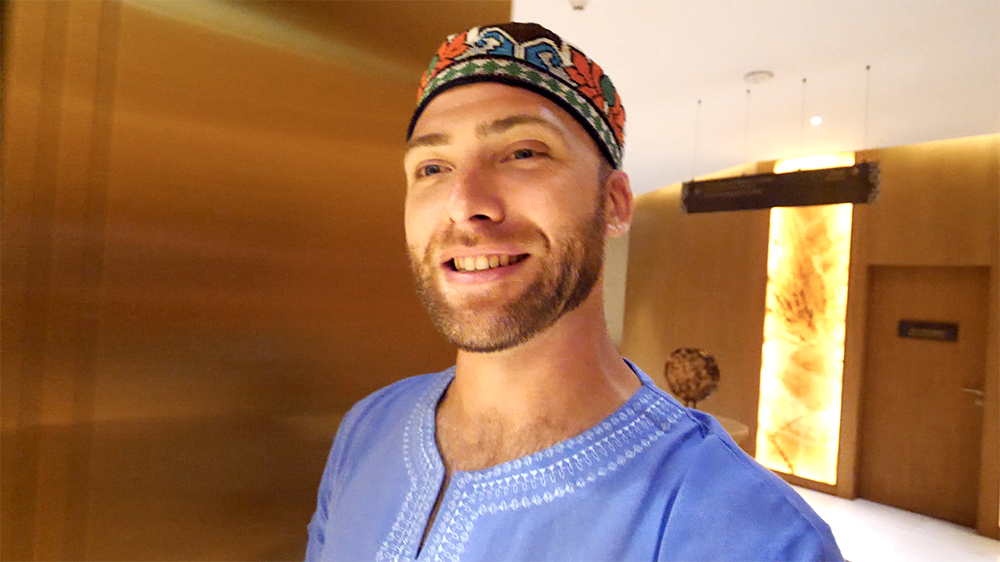 If you loved coming with us Americans as we celebrate Uzbekistan’s Independence Day on Broadway Street in Tashkent, Uzbekistan, please give this video a thumbs up and leave a comment below. Also, please subscribe to my YouTube channel and click the notification bell so you don’t miss any of my upcoming travel/food adventures!