A lot of things will surprise you when you travel. Unpredictability is probably the one thing you can count on every time you hit the road or take to the skies. Flights get canceled, trains get delayed, roads get washed out, sites you wanted to visit turn out to be closed when you get there. It happens. But something else that can be unpredictable is the people you meet in your travels. What does that have to do with my Uzbekistan Airways Economy Class review and round trip flight to Tashkent? Don’t worry, I’m getting there.

I’ve encountered it all—unfriendly and aggressive locals, cold airline staff, and locals so warm and helpful that it almost made me cry. Sometimes people genuinely surprise you with their kindness. That happened the day I flew from New York to the Uzbek capital to explore my 74th country with the World Influencers Congress. This is my Uzbekistan Airways Economy Class Review. 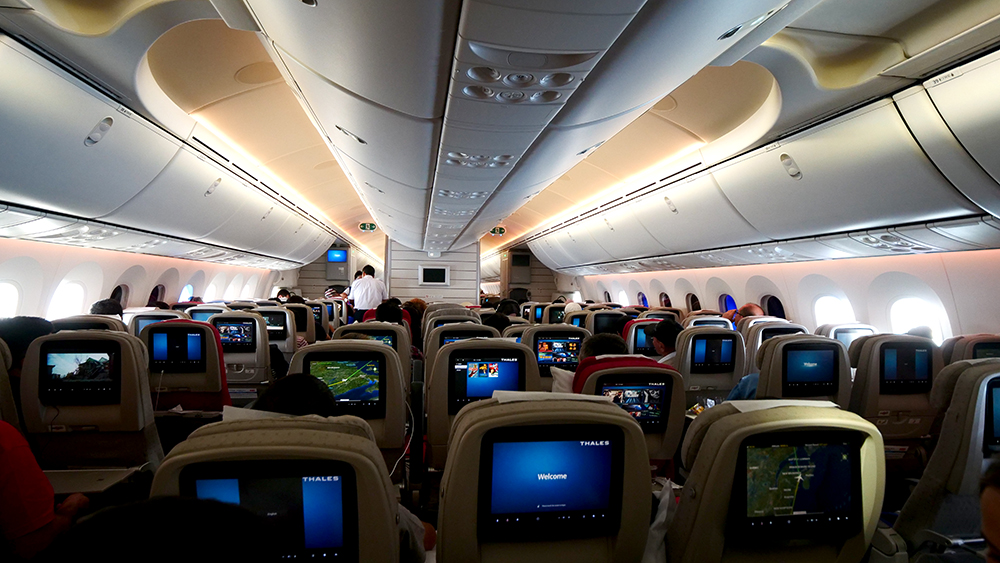 For my 12.5-hour round trip flights to and from Tashkent, I flew on an Uzbekistan Airways 787 Dreamliner. The seats in the Economy Class were in a 3-3 configuration. My seat on my way to Tashkent was 41D, so it was all the way in the back. But I was lucky enough to have an entire row to myself, which would make stretching out and eating much more comfortable. On the way back, I sat in the emergency row, so I again had plenty of room to stretch out! 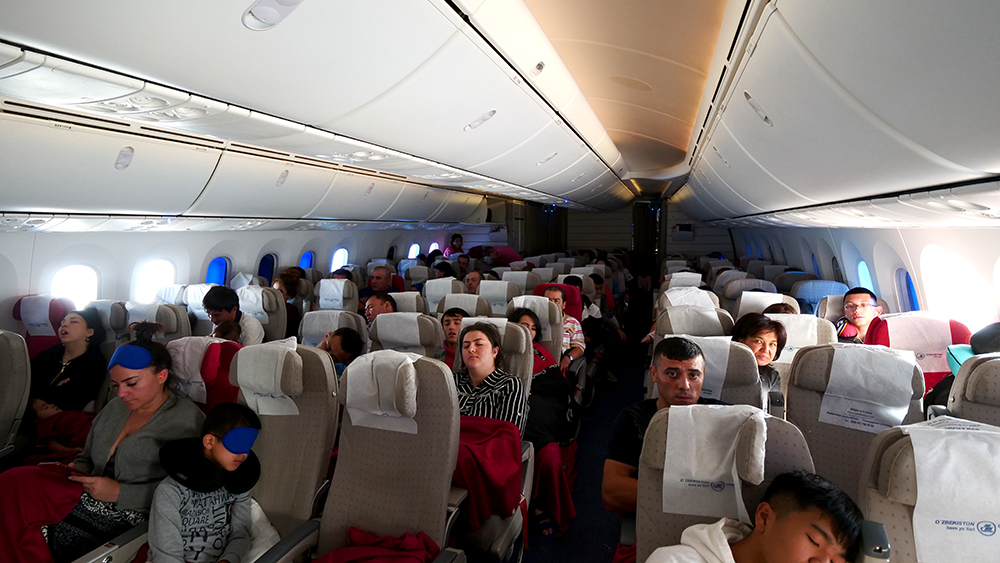 The flights to and from Tashkent were smooth from start to finish. Roughly an hour after takeoff from JFK in New York, I enjoyed a packet of peanuts and a cup of wine. I wasn’t sure if it was Uzbek or Russian, and I couldn’t identify the grapes used in it, but it was very tasty. Passengers are also given wet wipes to clean their hands, as well as a pair of soft, comfortable slippers, which I liked a lot. Another convenience of flying on a Dreamliner is that there are blackout windows. Between them and the soft eye mask passengers are also given, you can sleep soundly without the sun shining in your face. 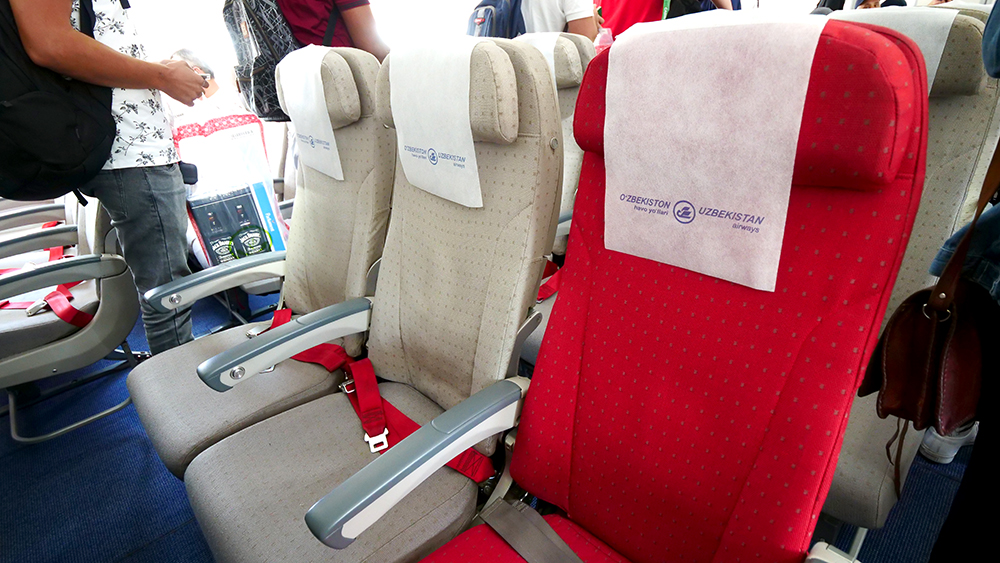 Unfortunately, I can’t sing high praises for the entertainment on my way to Tashkent. While the television screens showed four movies and several TV show options, none of them were available on my screen. The flight attendant told me that some of the screens had them, but others didn’t. 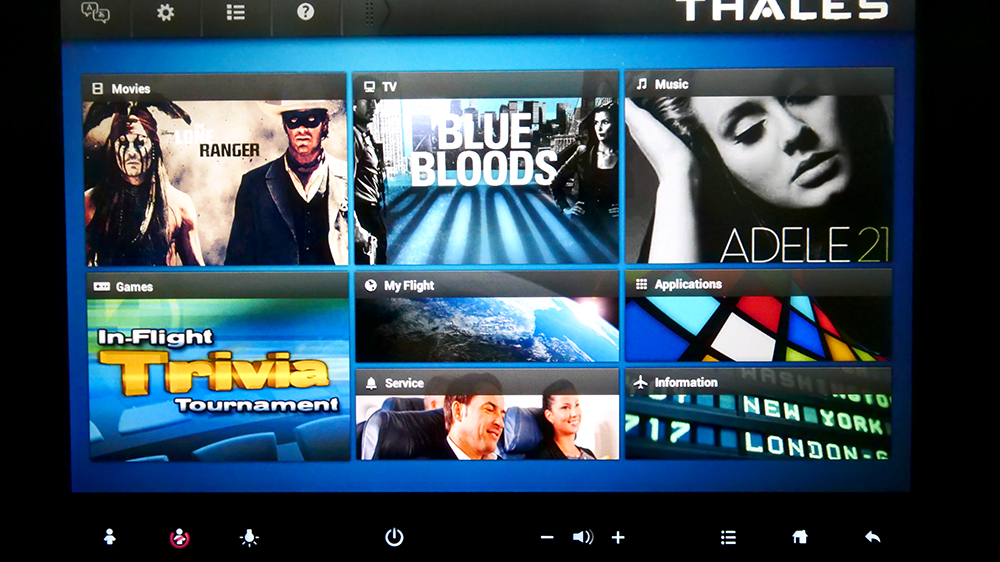 There were also no music options. On the bright side, no entertainment options allowed me to make fast friends with other passengers seated near me! 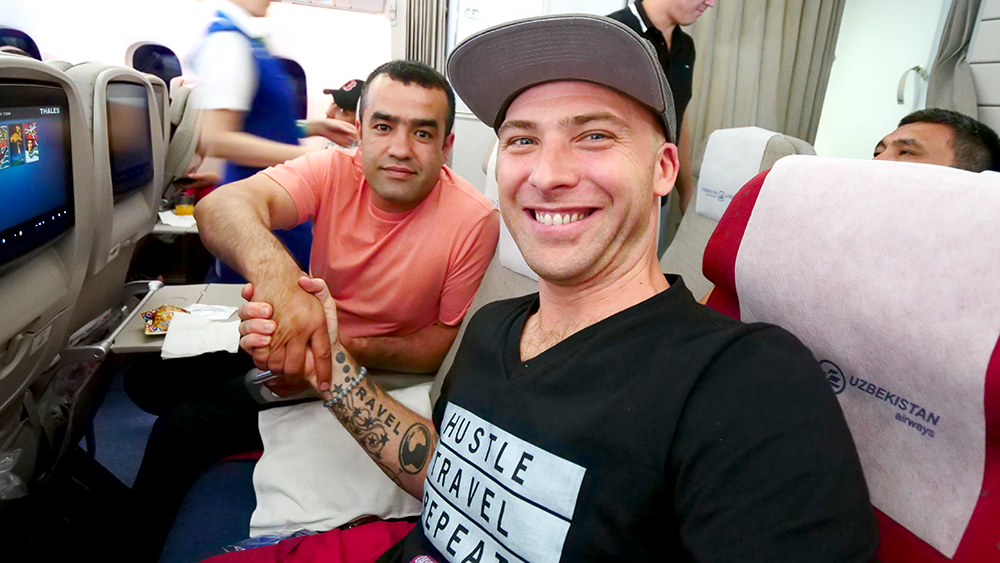 As I mentioned before, I’ve encountered all types of people in my travels. On planes, you never really know what to expect, though. I’ve dealt with staff that were super friendly and accommodating, and others who were cold and kind of rude. 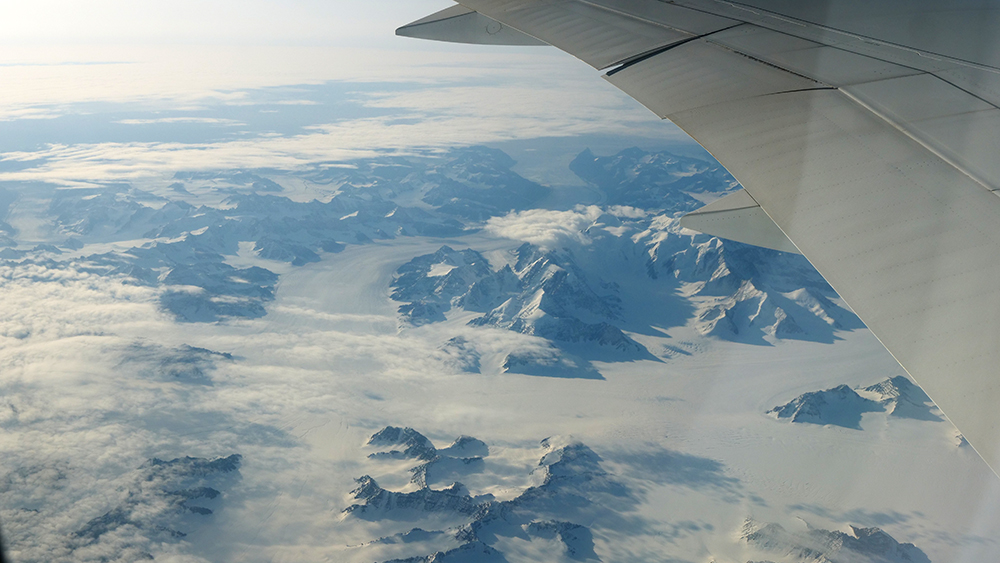 I didn’t really know what to expect from the flight crew on Uzbekistan Airways. But from the moment the plane took off, they were all outstanding. The flight attendants were super friendly and accommodating and were apologetic about the lack of entertainment on my screen. 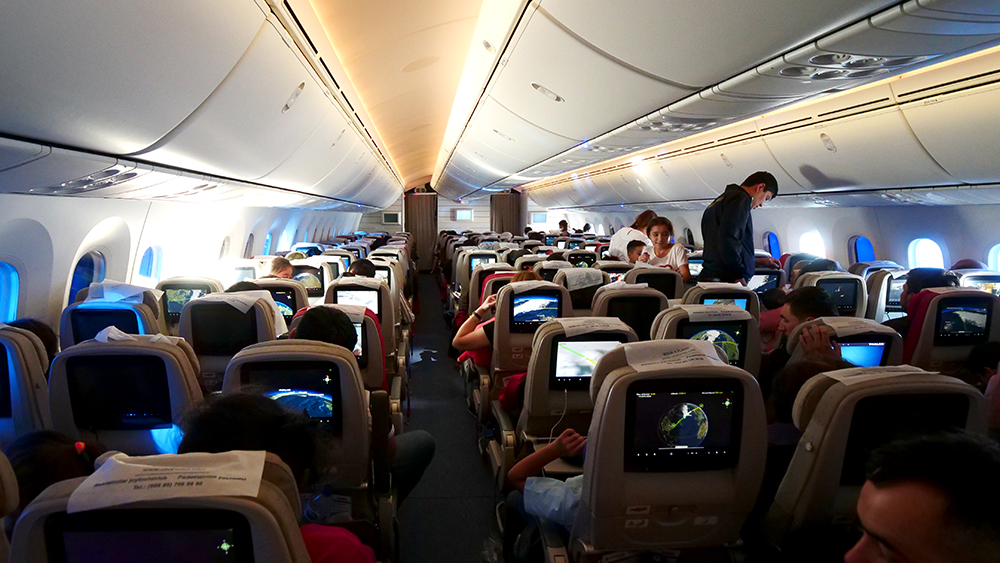 And as the long flight wore on, the flight attendants gave me extra meals at mealtimes, which allowed me to showcase more of the foods Uzbekistan Airways had to offer. I truly believe that it’s the people you meet who can make or break travel experiences. The flight crew on my Uzbekistan Airways flight turned out to be really nice and hospitable. These were my kind of people! 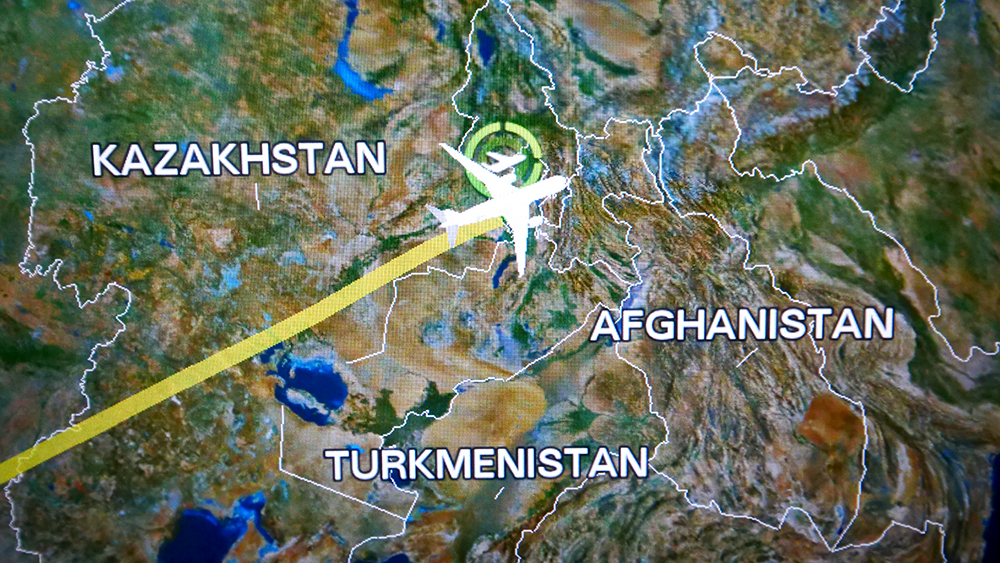 As my flight continued across the Atlantic, I got the chance to learn more about the Uzbek culture by hanging out with the flight attendants. They were very kind and kept giving me more food and alcohol, and even shared tips on what to see and where to go once I was on the ground. I was honestly blown away by their hospitality. They made my entire Uzbekistan Airways experience a positive one! 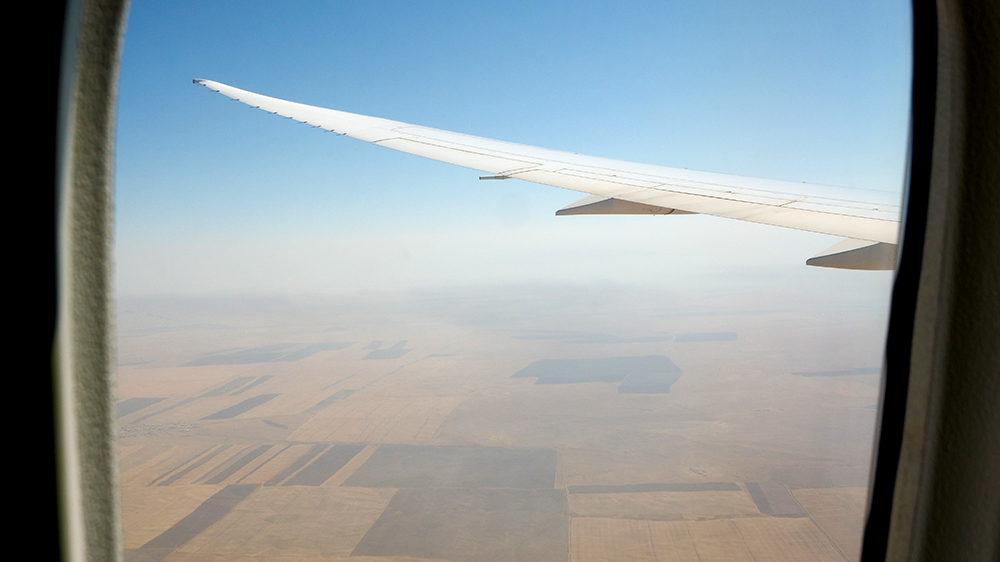 That hospitable spirit continued long after my flight landed in Tashkent. Everywhere I went in Uzbekistan, I met kind, friendly people who were more than willing to share a meal with me and give me gifts. I had heard Uzbek hospitality was pretty spectacular and they’re right. And my first taste of it was on this flight! 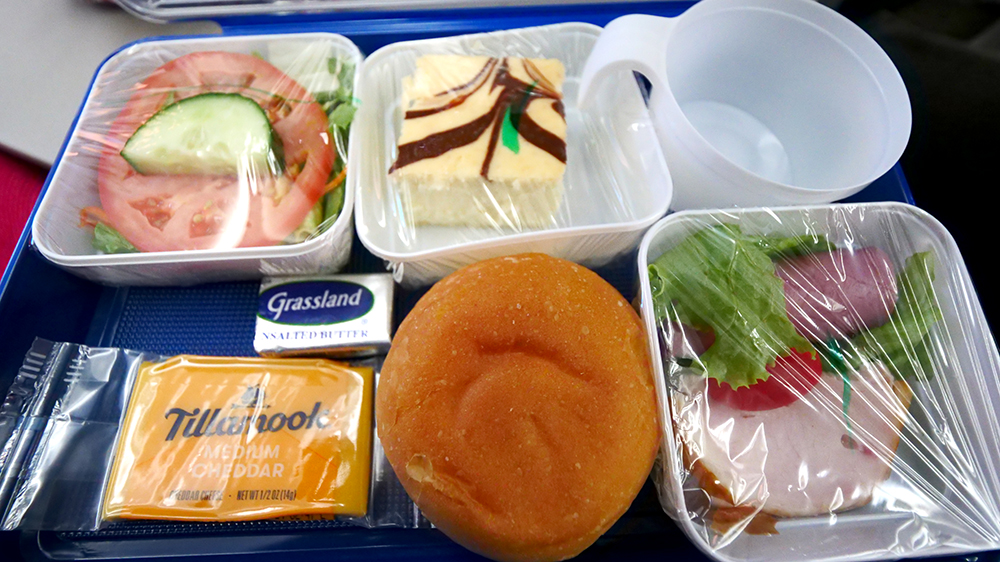 One of the things I was most looking forward to exploring in Uzbekistan was their cuisine, particularly their meat. I had seen amazing things online about Uzbek kebabs, as well as other lamb, mutton, and beef dishes in the country. I had hoped the meals on our flight would be Uzbek, but you never know if you’ll get local dishes in-flight. Thankfully, I was in luck on this flight, as they served some outstanding Uzbek dishes! 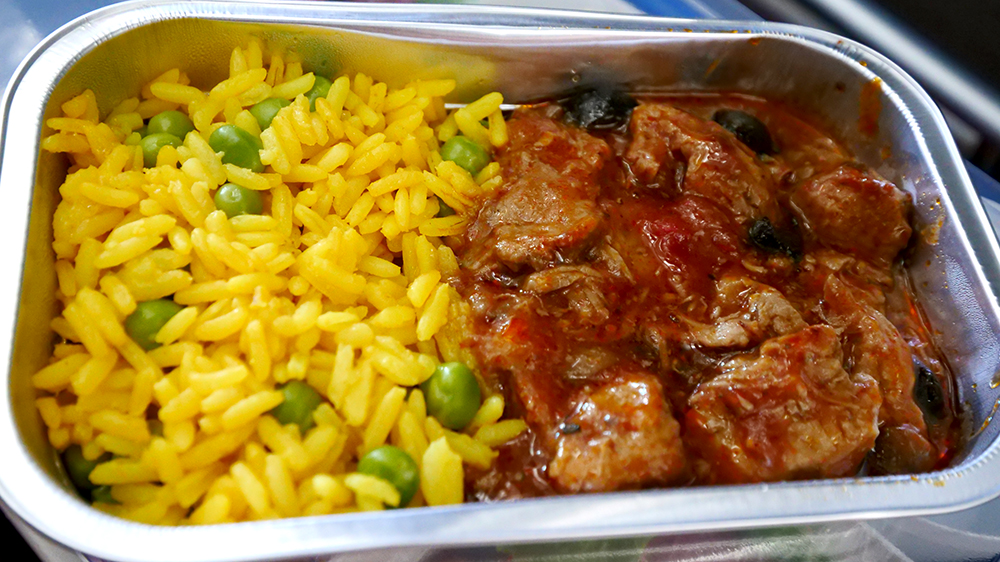 This phenomenal beef dish was bathed in a rich sauce that was bursting with interesting flavors, yet light on spices. The olives added a salty, briny element and an interesting texture. It had my mouth watering from my very first bite. The beef itself was extremely tender and so yummy, I couldn’t get enough of it! 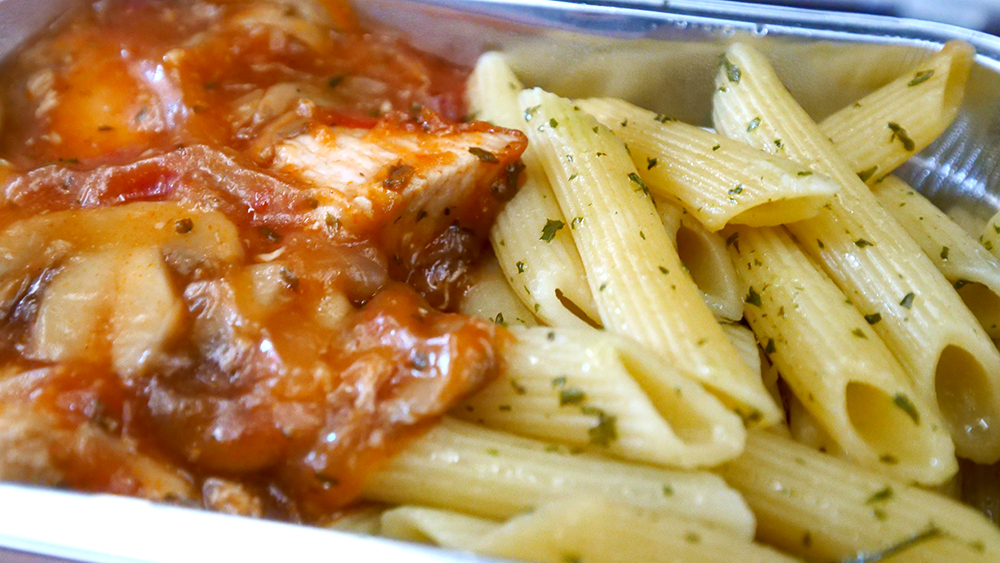 While I was enjoying my beef, the flight attendant came up to me out of nowhere and asked me if I would like to try the chicken as well! I’m never one to turn down food, so I happily took it, and I’m so glad I did. The chicken was covered in a very tasty, tomato-based sauce, while the pasta had a bit of oil drizzled over it. The two are served next to each other, so the best thing to do is mix them together. It was like a creamy, Italian pasta dish. The mushrooms added a nice, earthy flavor, and the chicken was undeniably fresh! 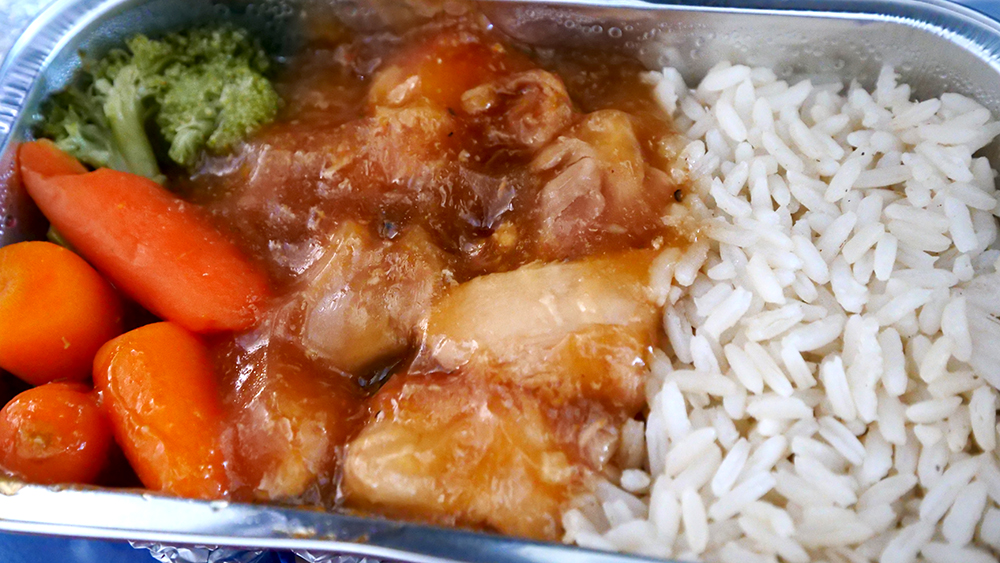 After a long nap, they served us dinner as we flew over western Asia. Technically, it was breakfast, as it was morning time as we approached Uzbekistan. The chicken was slathered in the same glazy, tomato-based sauce as the chicken dish I had enjoyed earlier. The flavors were outstanding even with the lack of spices. I also loved the fresh vegetables! 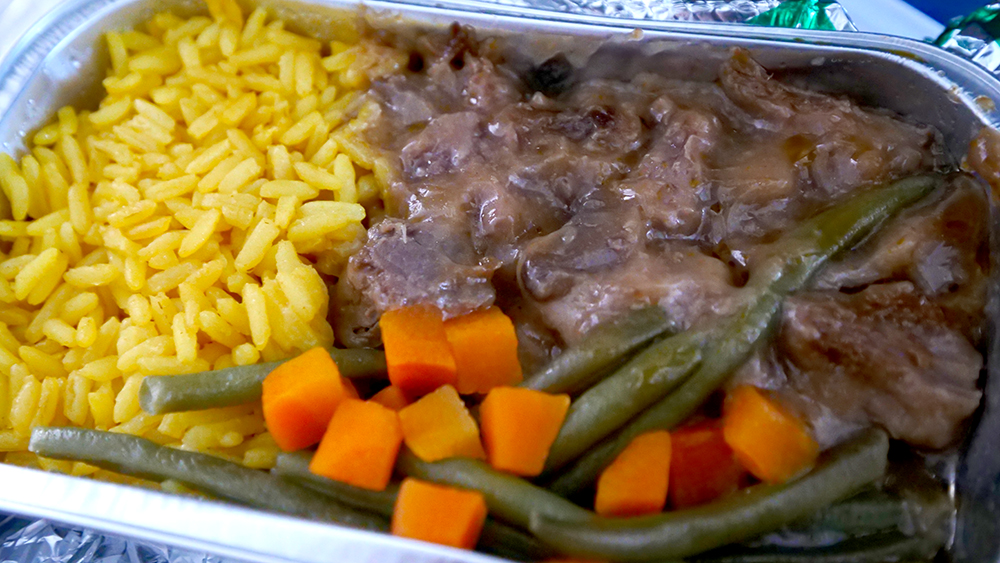 Just like before, as I was eating my chicken, a flight attendant came up to me and offered me a second meal! I couldn’t believe how nice they were on this flight. The beef in this meal had a different, glaze-like sauce on it. It was fall-apart tender and I really loved the vegetables that came with it.

Check out the 15 Things You Must See & Do in Tashkent, Uzbekistan 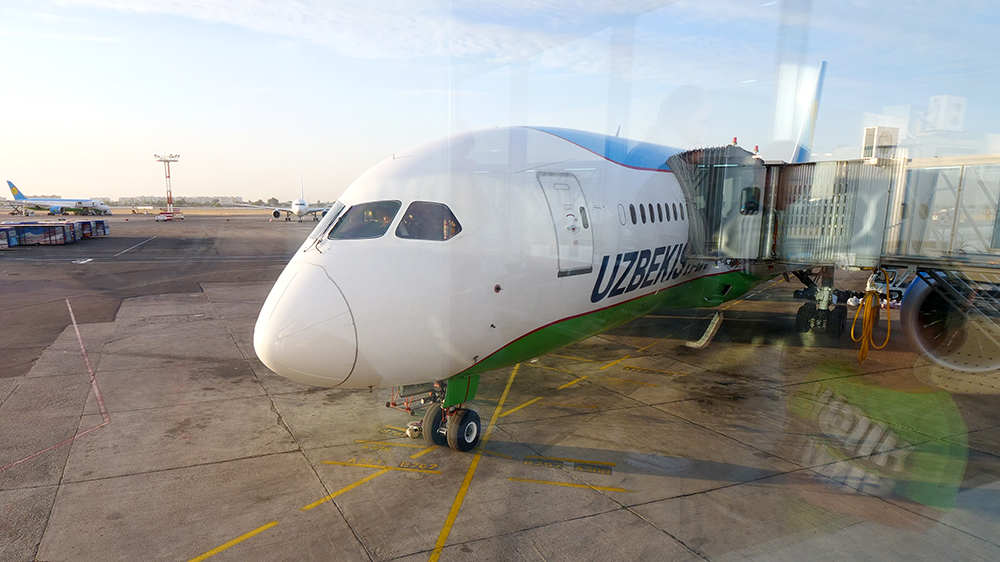 And that’s it for my Uzbekistan Airways review! Usually, I’m not a fan of long flights where the entertainment doesn’t work, but the staff on my Uzbekistan Airways flight to Tashkent more than made up for it. They surprised me in so many ways. After initially being unsure of how the flight would go, everyone was super chill and fun. Between laughing and joking with the flight attendants, them serving me extra meals and giving me suggestions of things to see and do, and the overall atmosphere, I was in awe. 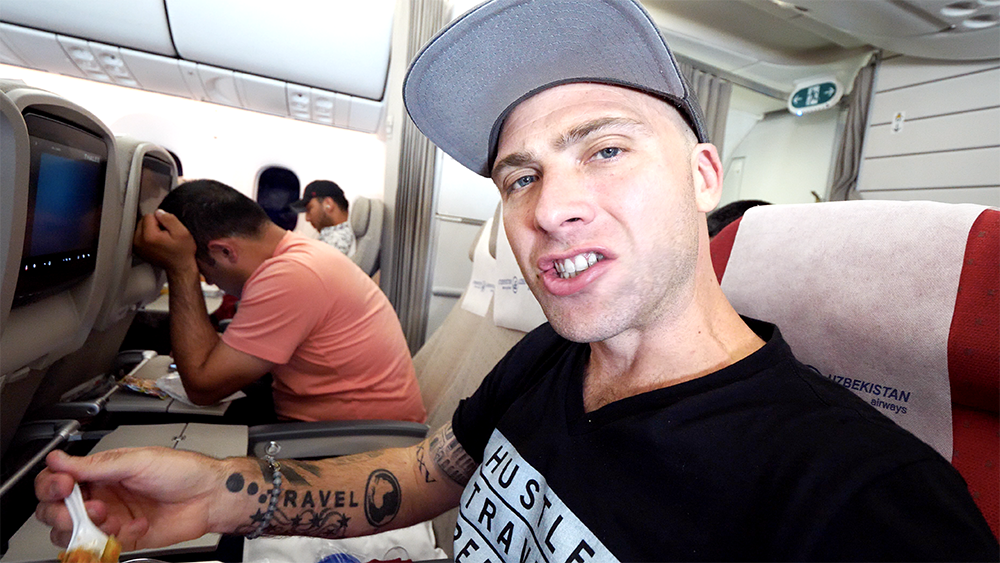 Uzbek culture is defined by the hospitality of its people, and it was on full display on my round trip between New York City and Tashkent. Between the staff and my friendly seat neighbors, I didn’t need the movies. It made for a rich, unexpected experience that I won’t soon forget! To enjoy the experience like I did, book a flight to Tashkent today!