After 12 incredible days on the ground in Uzbekistan, my time in this gem of a country was at an end. Come along with me as I give my Uzbekistan Airways economy class review as I make my way from Tashkent to New York City, and then finally, back to Miami! 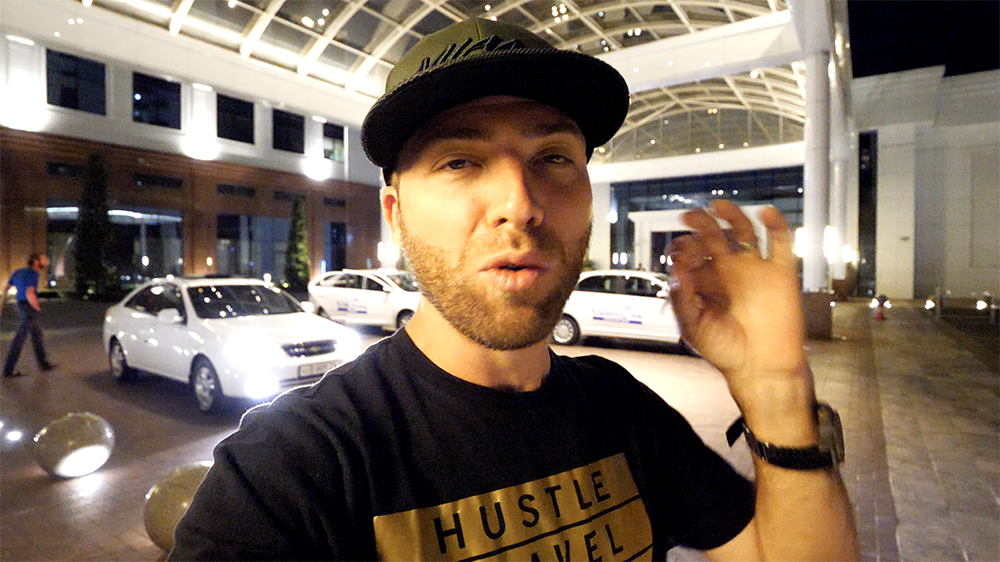 My travel day started at my hotel, the Hyatt Regency, early that morning. I had a long day ahead of me with 20 hours of travel: a 15-hour flight from Tashkent to New York, a two-hour connection there, and then another 3 hours to Miami. That’s what it takes to get back and forth from Asia. It’s brutal but it’s worth it to go on these adventures!

Check out 7 Places You Must Visit in Uzbekistan

My boy Gabriel picked me up and we were off to the airport! We arrived at the airport. I had two hours until my flight. I was super late! 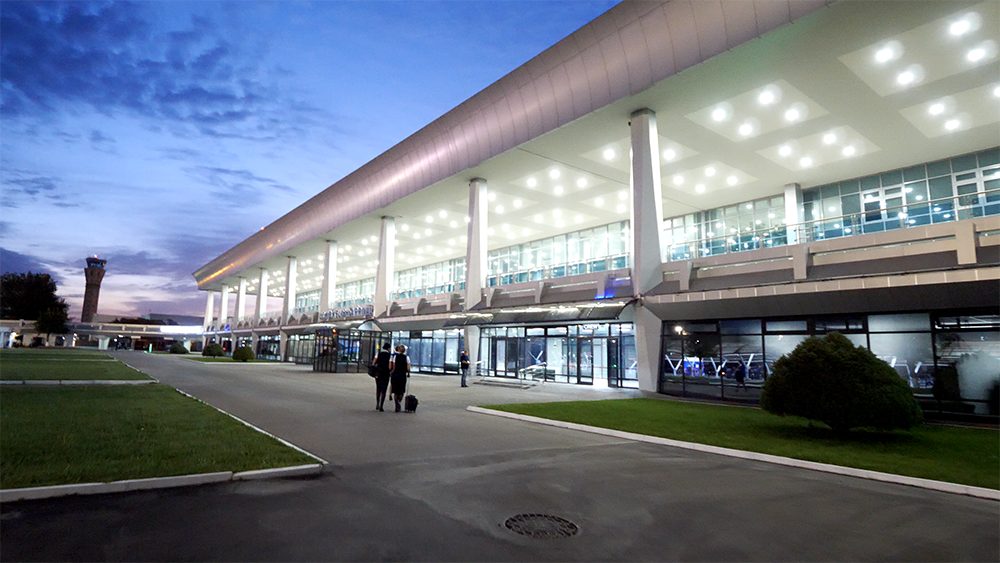 In Uzbekistan airports, you have to go through security where they check your passport. Then, there’s a second security point where you put your bags through a machine, and then there’s a third security point after that. I was starving, so I was hoping to grab something good to eat! 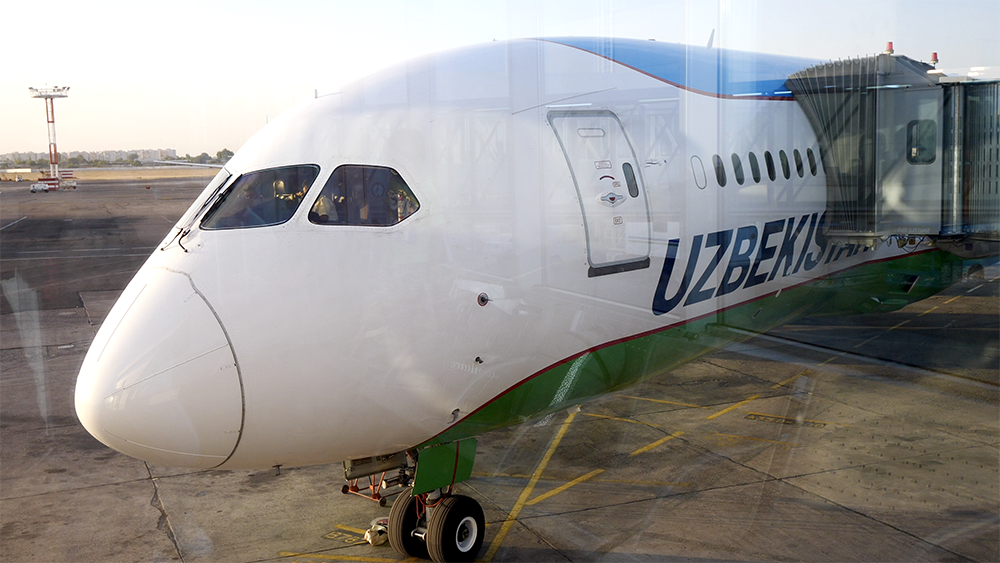 Unfortunately, when I went through security, they checked my drone, which held me up for 40 minutes. They said I didn’t have permission for it and it was craziness for a while, but they eventually let me through. I only had 20 minutes until my flight to New York, but it seemed like there was a delay. I was nervous about it because I only had a 2-hour-and-40-minute connection and didn’t want to miss my flight to Miami. 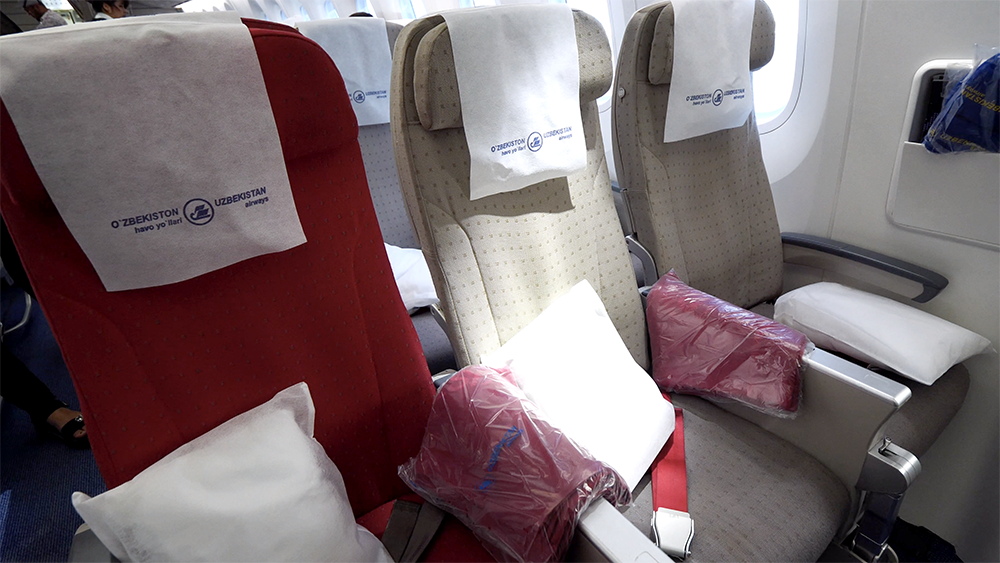 We finally boarded with one minute left and people were still boarding. There, I began my official Uzbekistan Airways Economy Class review! They gave me some nice slippers and as soon as the flight took off, I passed out for two hours. I woke up for breakfast: beef and a somsa. Then I passed out again! With 5 hours left, we were flying over Greenland. 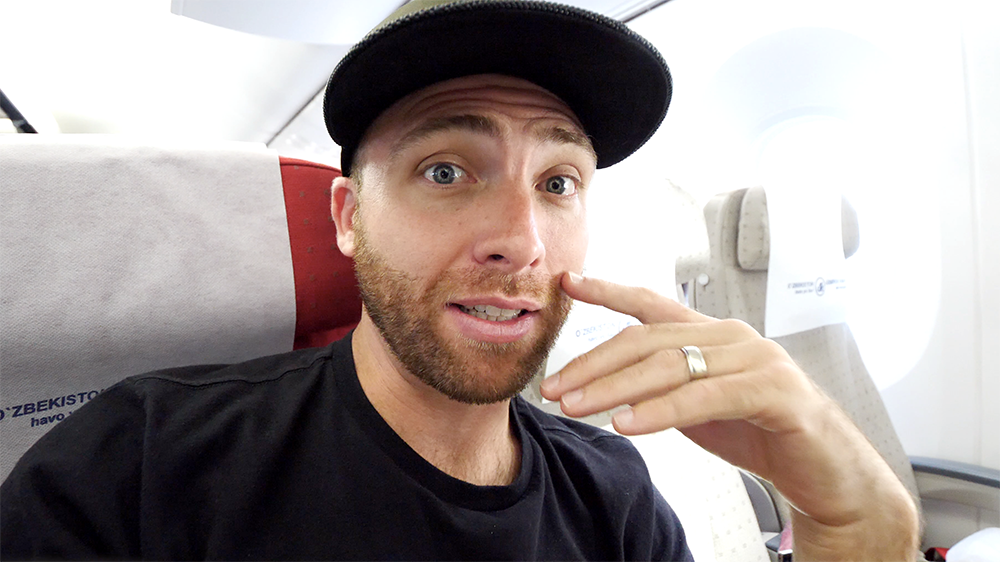 I was flying on a 787 Dreamliner, which has blackout windows, which is really nice. But I was also hungry and really wanted some dinner! I had dinner and slept again and had about 90 minutes left until we were to land. The flight was extremely smooth and I got to stretch out since I was in the emergency row. I loved the eye mask and the slippers. They were so comfortable and really helped me get some sleep!

After landing in New York City, I learned the time had changed and I now only had 90 minutes to make my next flight. I prayed I would make it in time! I used Global Entry, which is the best thing in the world. It allowed me to go through to baggage claim really quickly and had to get to terminal 8. 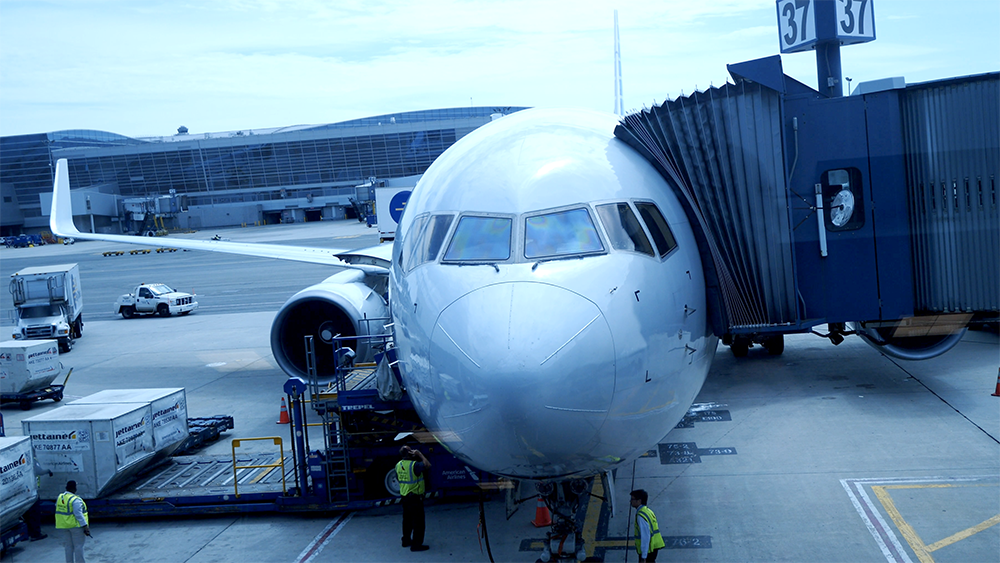 I grabbed my bags and ran. I had 25 minutes until boarding. With Global Entry, I’m TSA approved, so I only had to check my bags in, go through TSA and security. I made it! I would be flying business class with 3 minutes to go! It was like God was with me and helped me get there just in the nick of time! 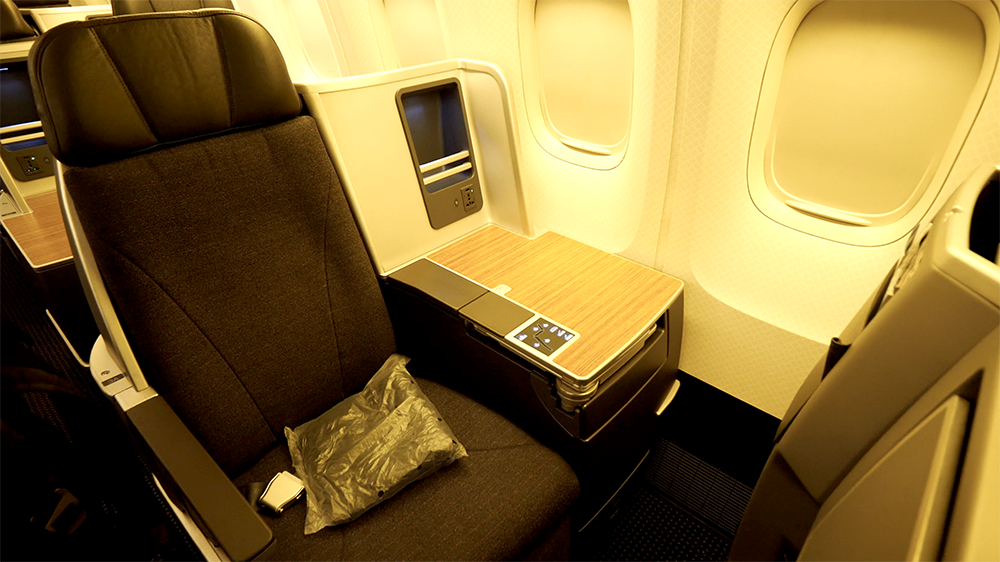 I was on a Boeing 767 in seat 2A on American Airlines. I was super happy because the seats turn into flat lay beds that can recline. We also would get a hot meal and champagne. 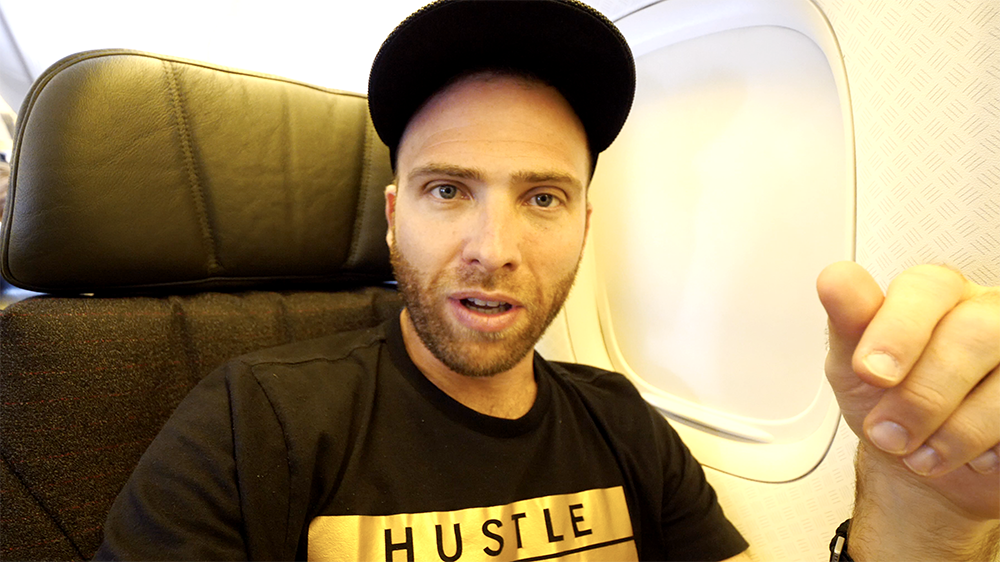 I snacked on some cashews and almonds and had some prosecco. There were no movies onboard because the system was broken. I don’t think they should let you on a flight if the entertainment is broken. I would call the airline when I got home and maybe get some miles. Then, I got an Asian chicken salad. It was actually more Indo, but it was pretty good. I loved the cabbage, carrots, peanut dressing, and chicken. It was light and refreshing.

Then, I reclined and took a quick nap. When I woke up, we were approaching Miami. It was raining and really wet out. I got hit with the humidity as soon as I got outside to wait for my Uber. I couldn’t wait to get home to see my kids! And that’s it for my Uzbekistan Airways economy class review! 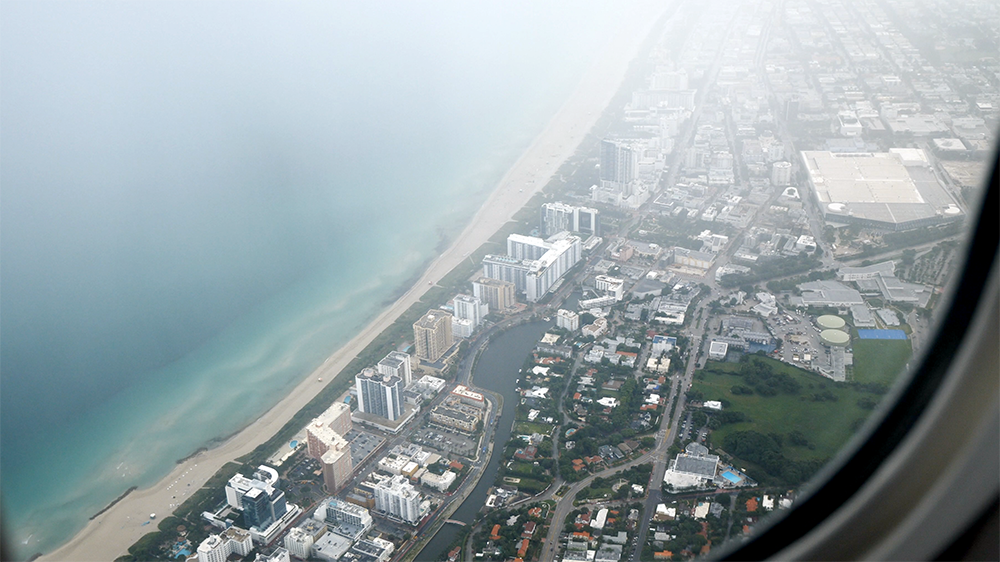 I hope you enjoyed my Uzbekistan Airways economy class review! If you did, please give it a thumbs up and leave a comment. Also, please subscribe to my YouTube channel and click the notification bell so you don’t miss any of my upcoming travel/food adventures!