After spending less than a day in the UNESCO World Heritage city of Shahrisabz, I was on to my next destination in Uzbekistan! Come along with me as I travel from Shahrisabz to Termez and enjoy some unreal Uzbekistan food on the way! 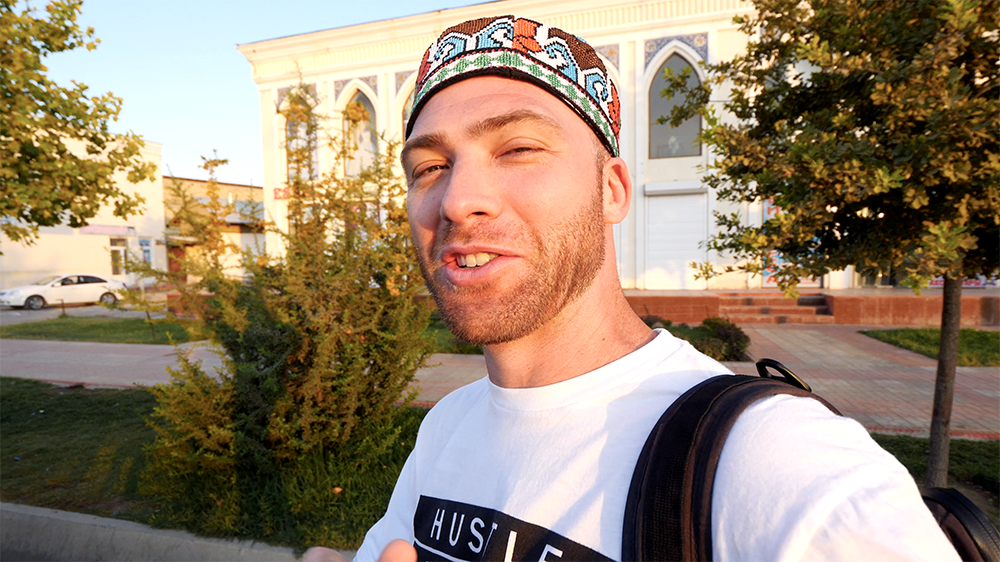 My next adventure in Uzbekistan would take me 5 hours south of Shahrisabz to the town of Termez near the Uzbekistan-Afghanistan border. It’s in the hottest region of the country and is also near Turkmenistan and Tajikistan! I couldn’t wait to travel this road and try some food! 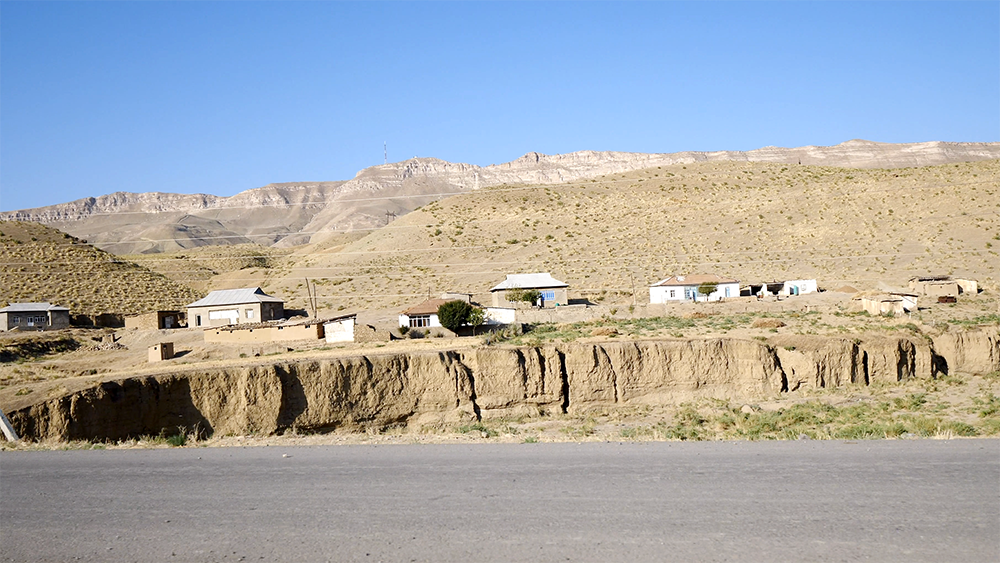 The only way to get there is by taxi. Luckily, it’s super affordable and would only cost me about $40-$50 USD. My huge bag wouldn’t fit in the trunk! Then, we set off on what I hoped would be a fun road trip!

Just 25 minutes outside of Shahrisabz, the road was very bumpy. My driver didn’t speak English, but we connected through laughter! The land we traveled through was fertile. Along the road, we could see donkeys, horses, and cows, as well as men selling watermelon. We also saw some dogs jumping over the median in the road, as well as some goats! 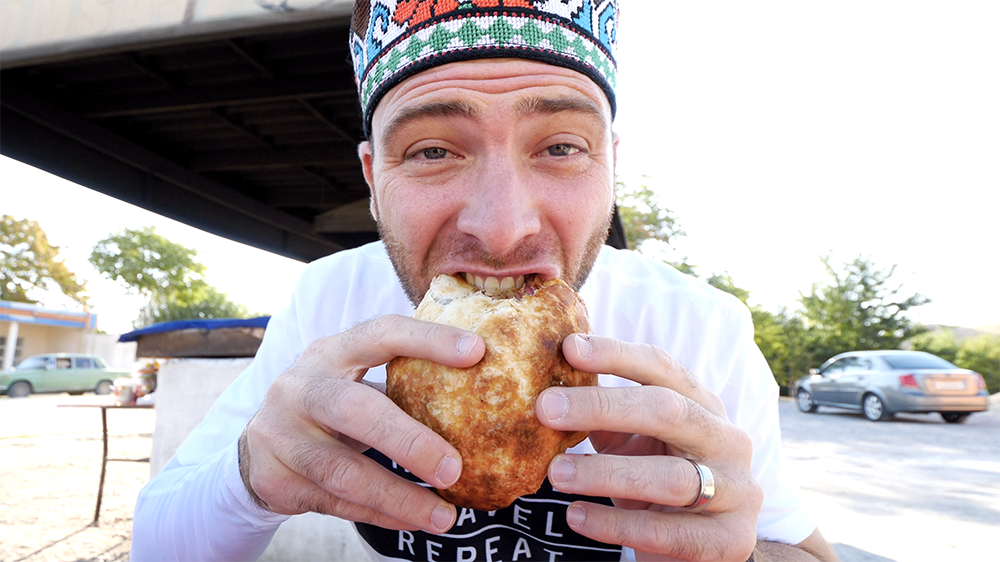 I was getting hungry, but luckily, the road got a lot smoother. It was perfectly paved. The vegetation along the road changed – we had some trees now. It felt like a whole different place. 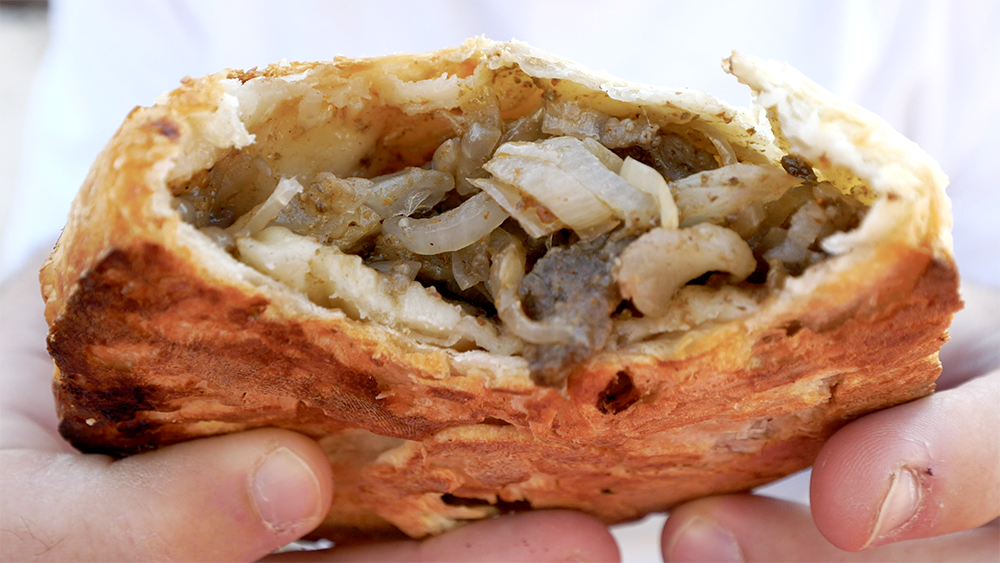 It was just after 8 a.m., so we looked for some food. We found a tiny town where we could get some unreal Uzbekistan food. They had some big, round, and dense somsas and a tomato broth. The somsa was filled with beef and onions. It was also baked to perfection! It didn’t contain many spices. The outside was crunchy, while the dough inside was nice and soft. 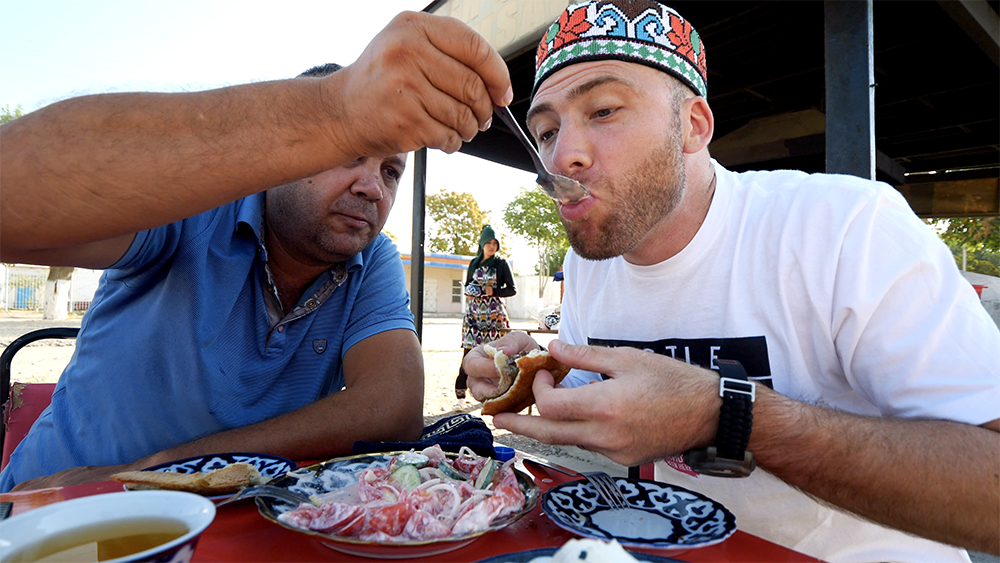 The somsa is different from Indian samosas and Latin-American empanadas, but they’re so good. I don’t usually like eating lots of onions, but this was delicious! Then, I added some liquid. 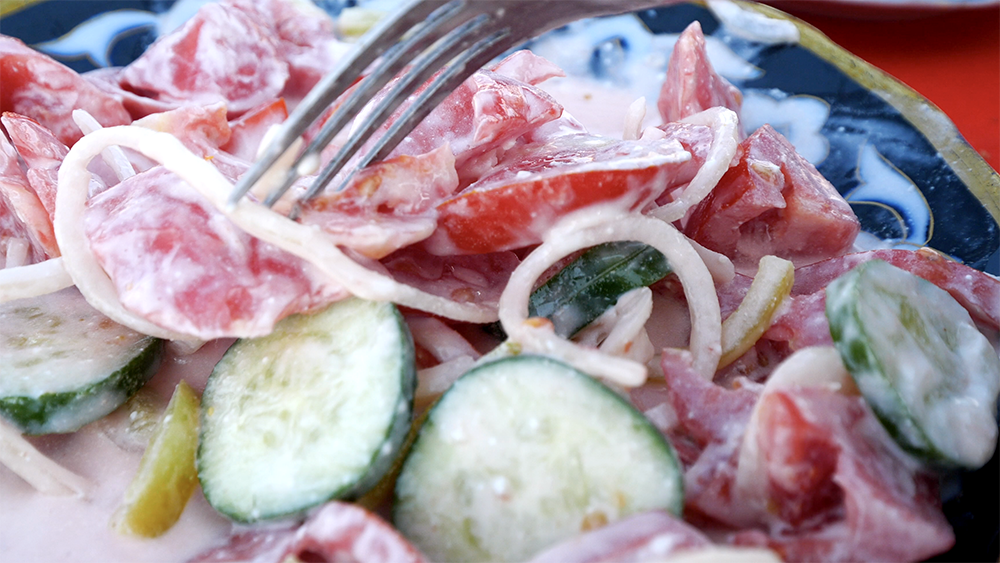 I thought I was only going to have the somsa, but then they brought us an incredible tomato salad with cucumbers and onions. It was really nice and had a creamy, cheesy dressing on it. Uzbekistan has the best tomatoes in the world! We also had some water and some really nice green tea.

Then, my taxi driver ordered a huge beef dish with onions. It contained liver as well! I made a liver sandwich with some bread. My driver fed me some of the liquid in the salad and then added it to the sandwich. So good! 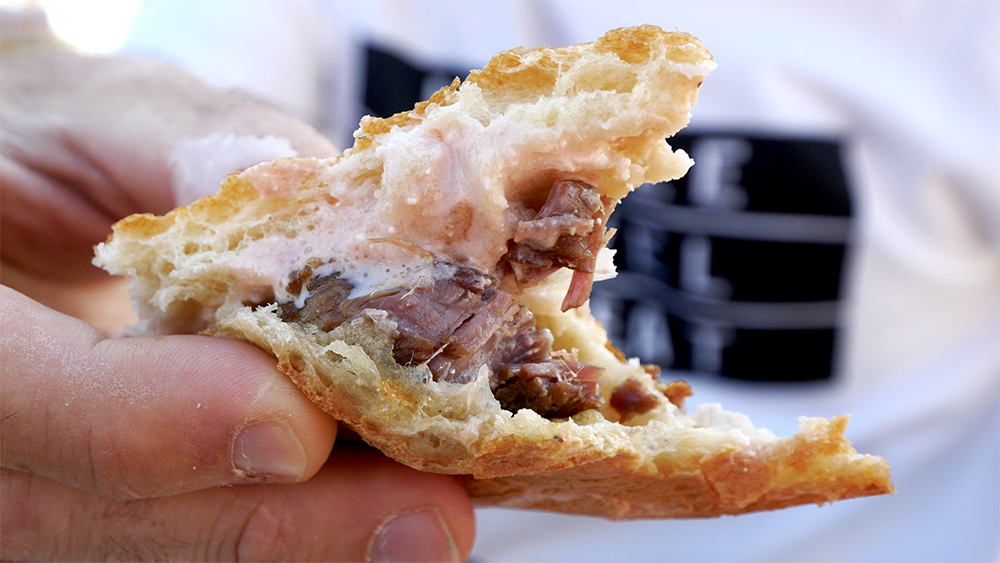 The beef was meaty and fatty and was such an incredible breakfast! This was some of the most unreal Uzbekistan food I’d had so far. I loved the tea as well! 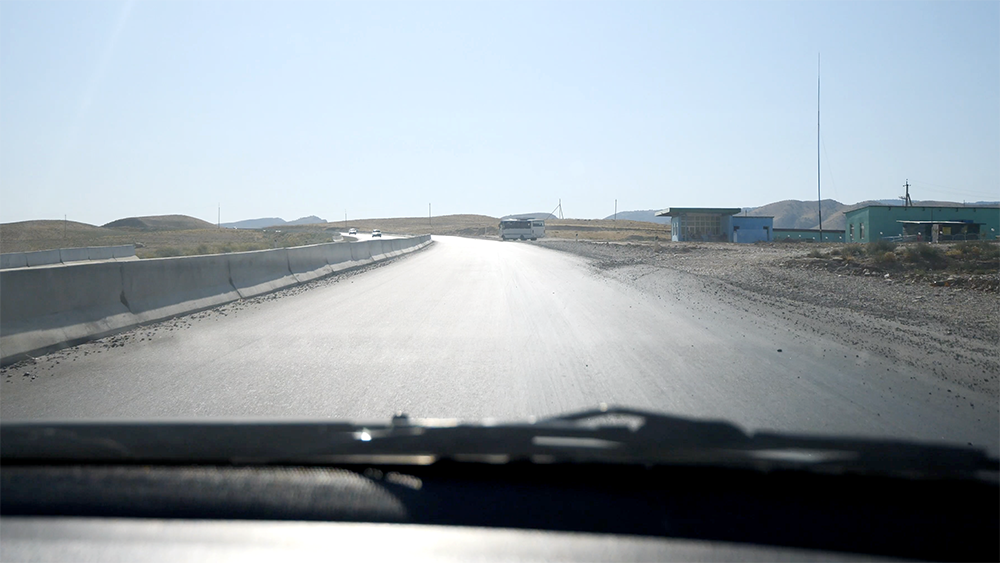 With my belly full, we hopped back on the road. We had 3 hours to go. We passed through a small town with a market. I was loving the road trip. This is my favorite thing about traveling. You get to experience the country, interact with locals, and feel the culture. It’s much better than taking a flight or train. 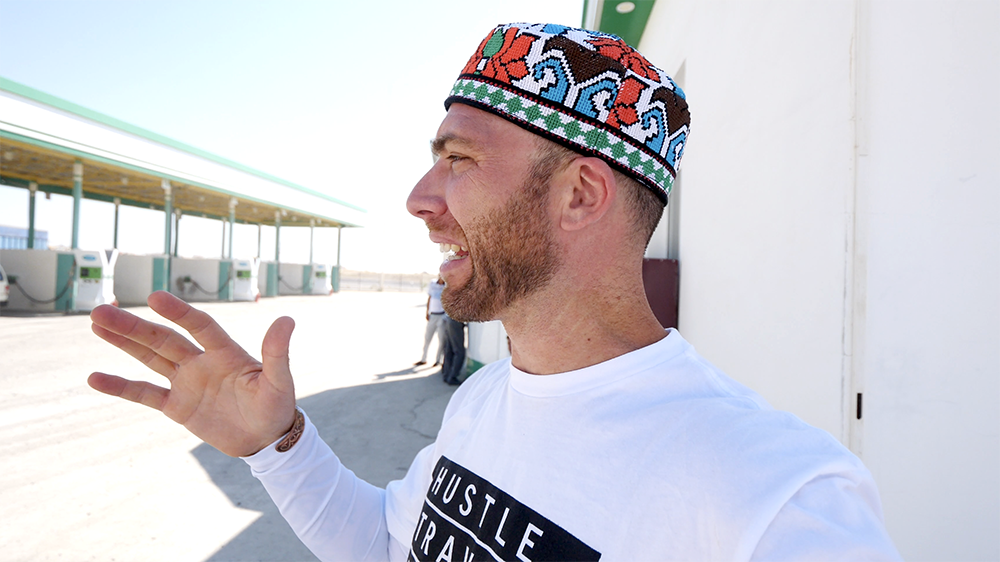 We stopped at a gas station of sorts, but I couldn’t really understand what they were doing. It was scorching out, by the way. The sun was brutal! 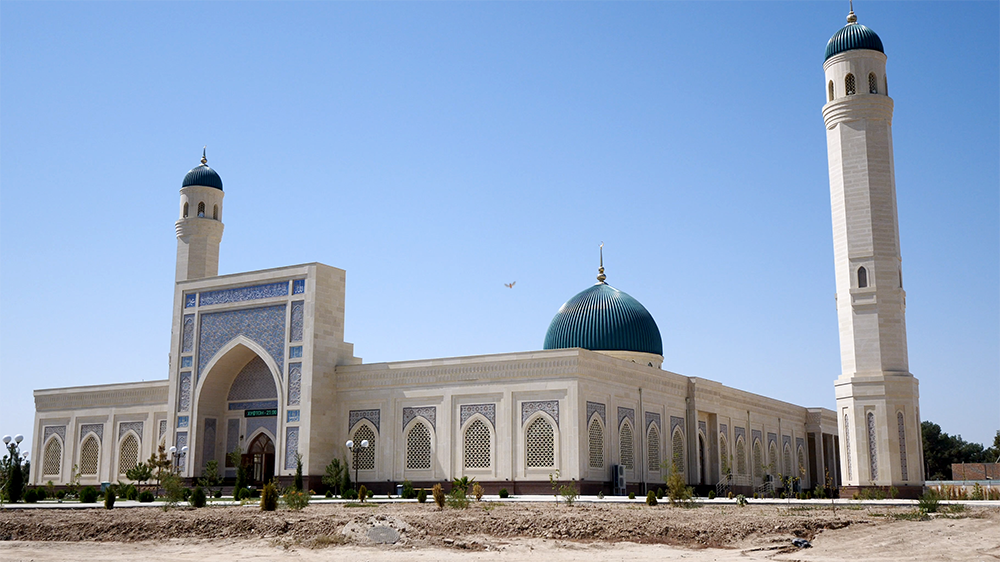 With 30 minutes left, we hit the road again! I couldn’t wait to explore the attractions in Termez, like the rock-cut Buddhist temple of Kara-Tepe. There are lots of historical and archaeological sites down there. I wasn’t sure how I’d explore with the heat, though. It was unbearable!

After 5 hours, we arrived in Termez. We were looking for the people from the tourism board I’d be meeting with. As we looked, I took in the sights of Termez. It was very green and had lots of wide streets. The older buildings looked very Soviet. We found my guide and then we headed toward the Silk Road Termez Hotel. The architectural style looked similar to what I’d seen in Moldova, which was also a part of the Soviet Union. 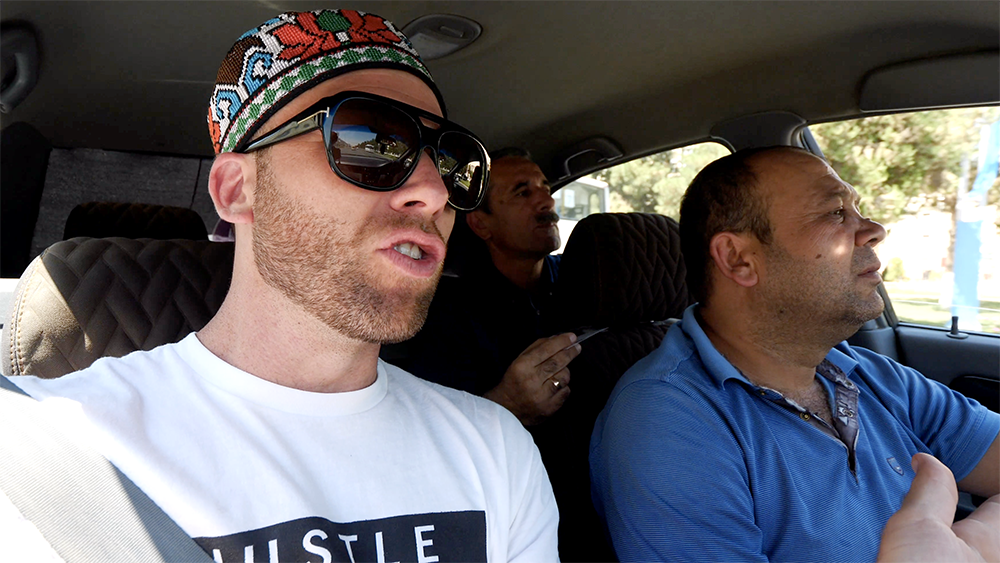 We arrived at the hotel. My room was huge and had a King-sized bed. It was pretty lavish and had a nice seating area. They gave me lots of water and I had a really nice bathroom with a huge tub! 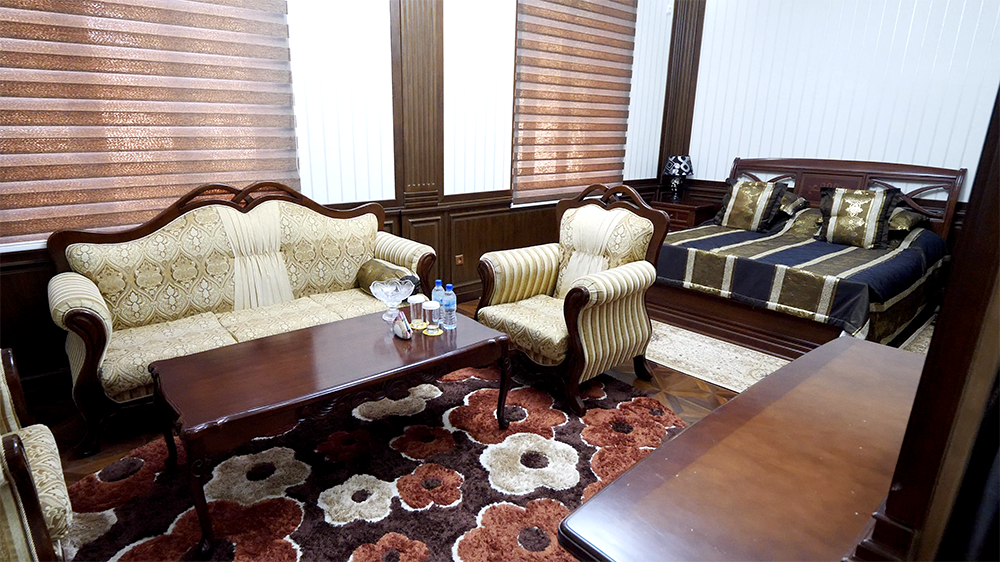 I hope you enjoyed traveling from Shahrisabz to Termez and having some unreal Uzbekistan food with me! If you did, please give this video a thumbs up and leave a comment below. Also, please subscribe to my YouTube channel and click the notification bell so you don’t miss any of my upcoming travel/food adventures!