My second day in Tashkent continued with a tour of Broadway Street in the Uzbek capital and a dinner of some incredible Uzbekistan fried chicken tabaka! Join me as I continue exploring this beautiful and fascinating former Soviet city! 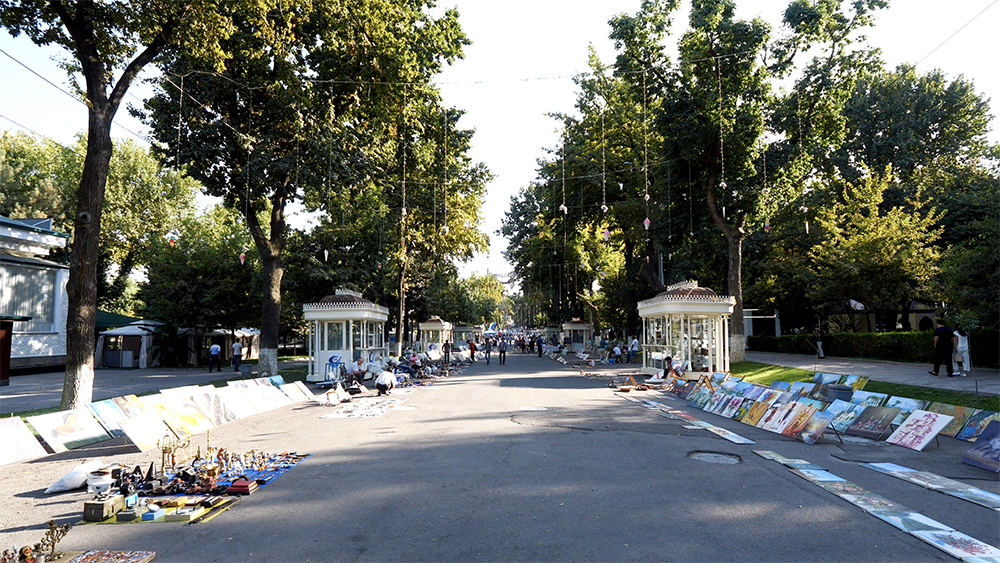 I started out on Broadway Street, the main pedestrian street in Tashkent. You can buy lots of souvenirs and crafts, including artwork. I couldn’t wait to check out this place! It’s where the locals meet and have fun!

There was lots of incredible artwork on sale. The paintings were very affordable. Broadway Street is great to visit later in the day when it’s cooler. It gets really busy! I really liked a couple of the paintings. The one I had my eye on was a beautiful painting of Samarkand and was about 450,000, or about $45 USD. The vendor gave it to me for 400,000! It took him 10 days to paint it. 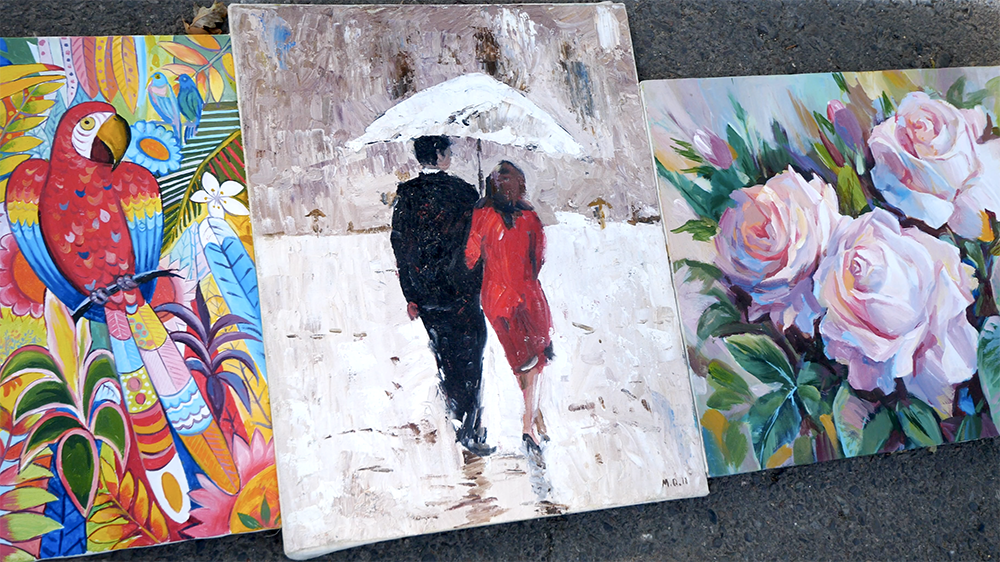 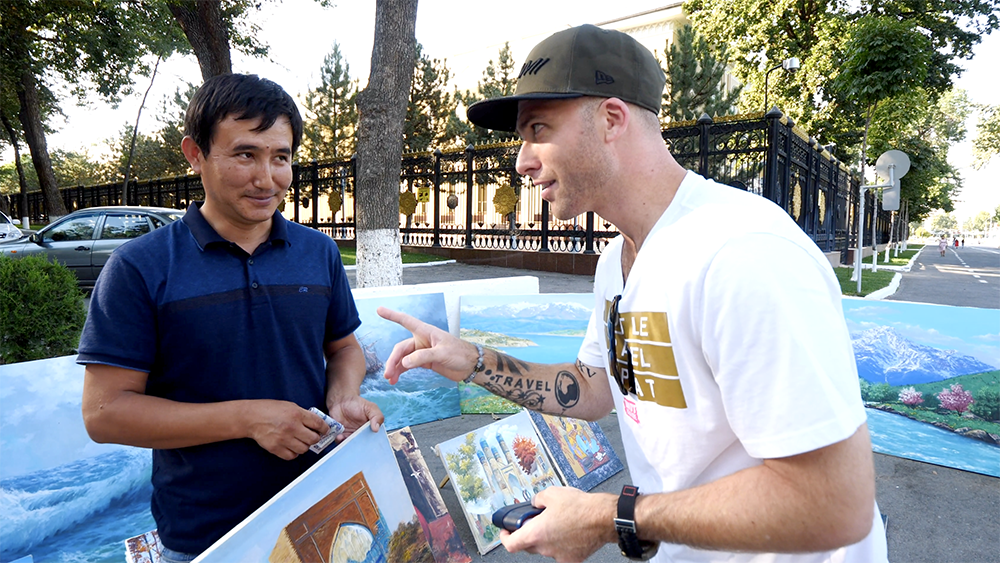 There were also some really realistic paintings with wooden frames and animal skin as the canvas. They came in all sizes! 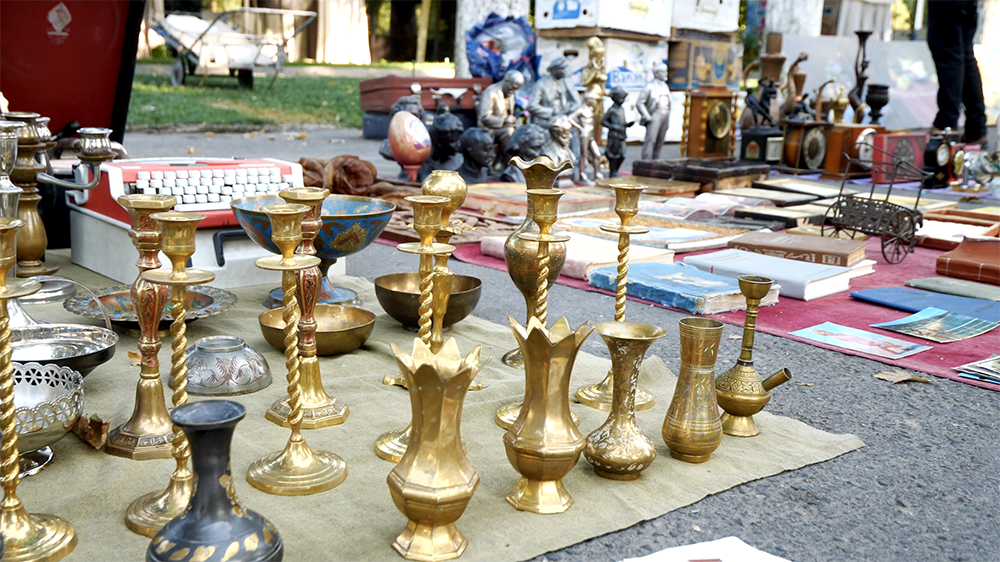 There were also people making portraits, as well as street vendors. It only cost $20 to get someone to do a portrait of my daughter. I paid half up front and he’d drop it off at the hotel for me. We passed more crafts like pottery and plates and some city bikes.

Check out the Top Things to See and Do in Doha, Qatar

I played a dart game and got 7 out of 10 and got a stuffed pink bunny for my daughter. It only cost me $0.30 to play! There were more games and little shops further along. I could see fast food like burgers and hot dogs. It’s a real family-friendly place. 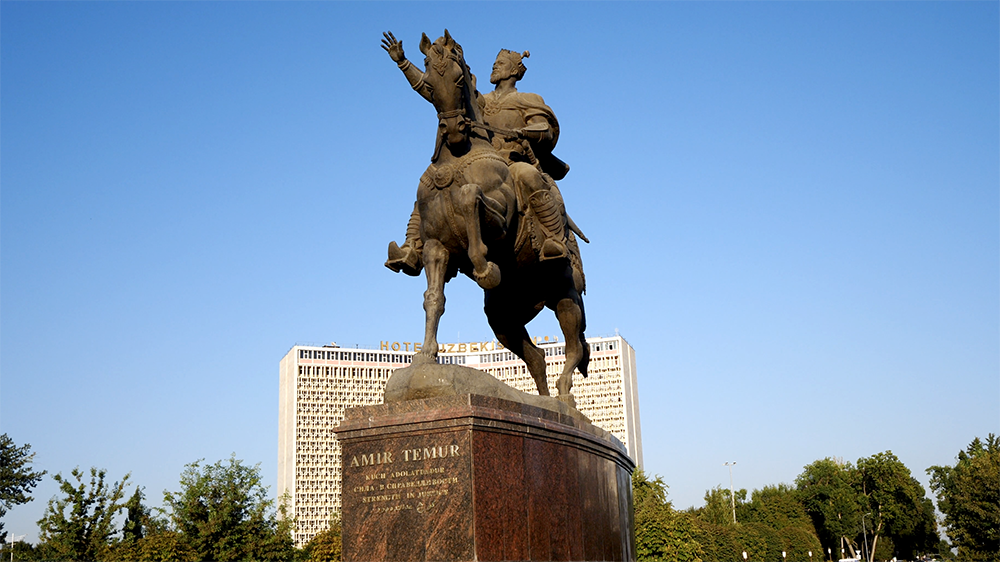 We saw a monument to Amir Temur in the center of the city. Temur was a Turco-Mongol Persianate conqueror who founded the Timurid Empire in Central Asia. He was the first ruler of the Timurid Dynasty! 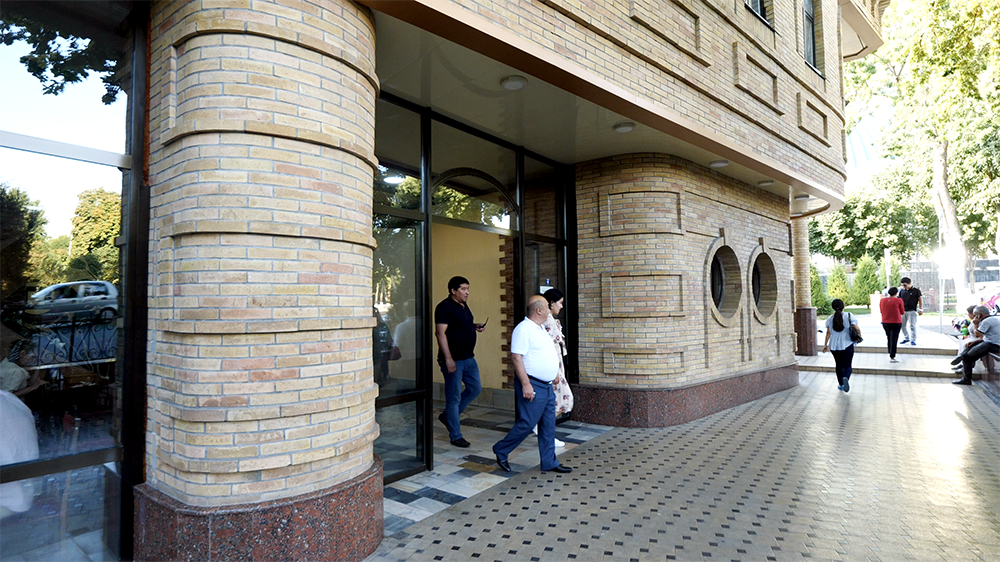 Next, we went to go eat the best Uzbekistan fried chicken tabaka in Uzbekistan at Ugolok, next to the main street. The restaurant is 55 years old, and their recipe is 55 years old. The chicken is organic and is fried in butter instead of oil. 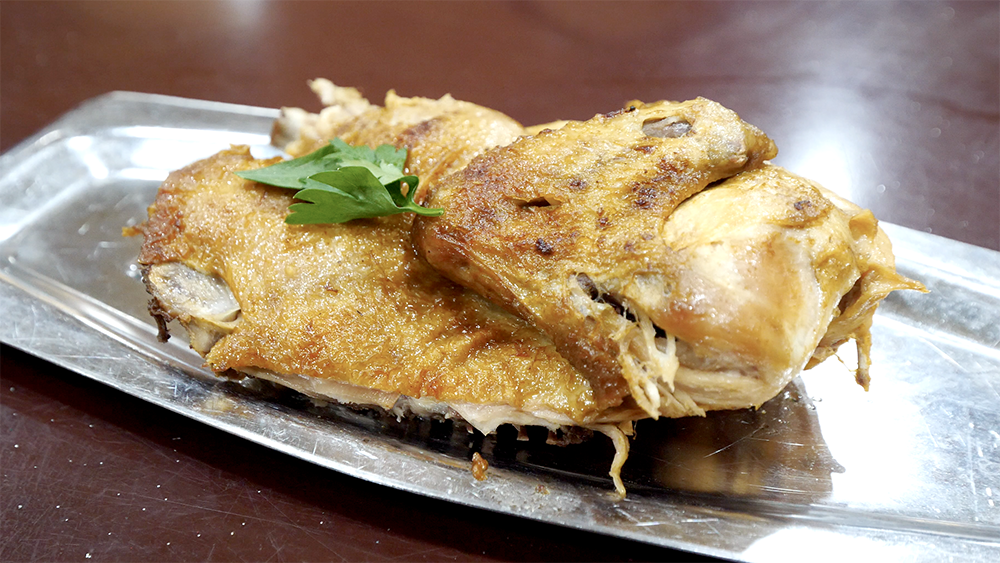 I got a wing and a leg, as well as a tomato drink that reminded me of a gazpacho. I also had some bread. The chicken wing was so juicy and tasty. It was a little salty and had a nice flavor. The drumstick had a lot of flesh on it. I could taste how fresh and organic it was. It was really farm-to-table! I could not believe how stellar it was. Tender, juicy, and moist, exactly the way I like it.

Check out the Top 10 Things to See and Do in Delhi, India

Then, I tried it with the bread. There were more lamb and beef here in Uzbekistan, so it’s a bit of a surprise to have some chicken. You have to have this Uzbekistan fried chicken tabaka when you visit Tashkent! 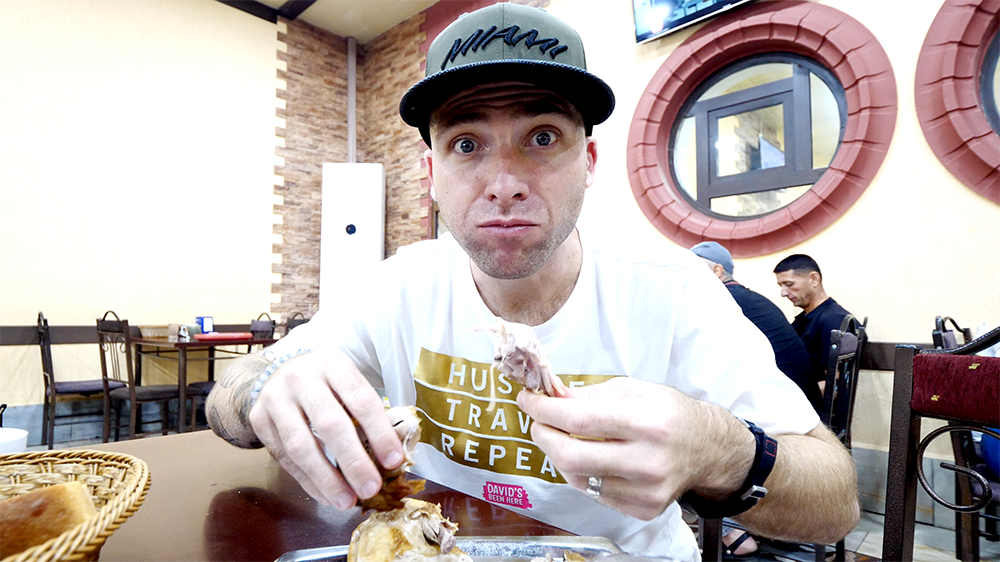 From there, I got to watch and follow a marching band in the town square! What an awesome afternoon! 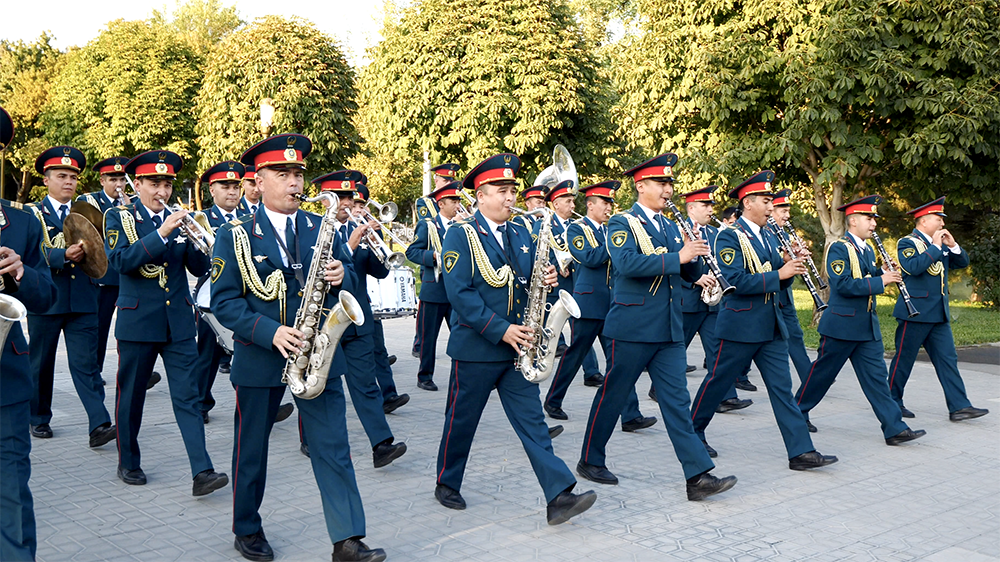 I hope you enjoyed coming with me to try the incredible Uzbekistan fried chicken tabaka at Ugolok Restaurant! If you did, please give this video a thumbs up and leave a comment. Also, please subscribe to my YouTube channel so you don’t miss any of my upcoming travel/food adventures!