My time in Termez was slowly coming to a close, but not until one last adventure in Uzbekistan’s southernmost city! Come along with me as I enjoy a delicious Soviet style breakfast and crash an Uzbek wedding in Termez, Uzbekistan! 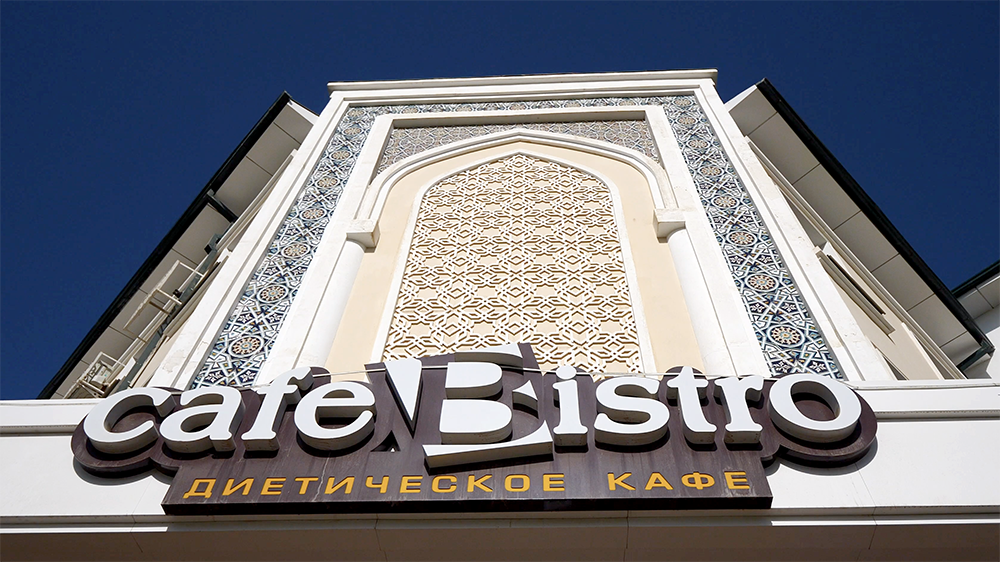 Breakfast culture isn’t big in Uzbekistan (it’s mostly just bread, butter, and tea), but I wanted to head over to Café Bistro to have a Russian and Uzbek breakfast. I had to catch a flight back to Tashkent in just 4 hours, so I had to make these last few hours count! 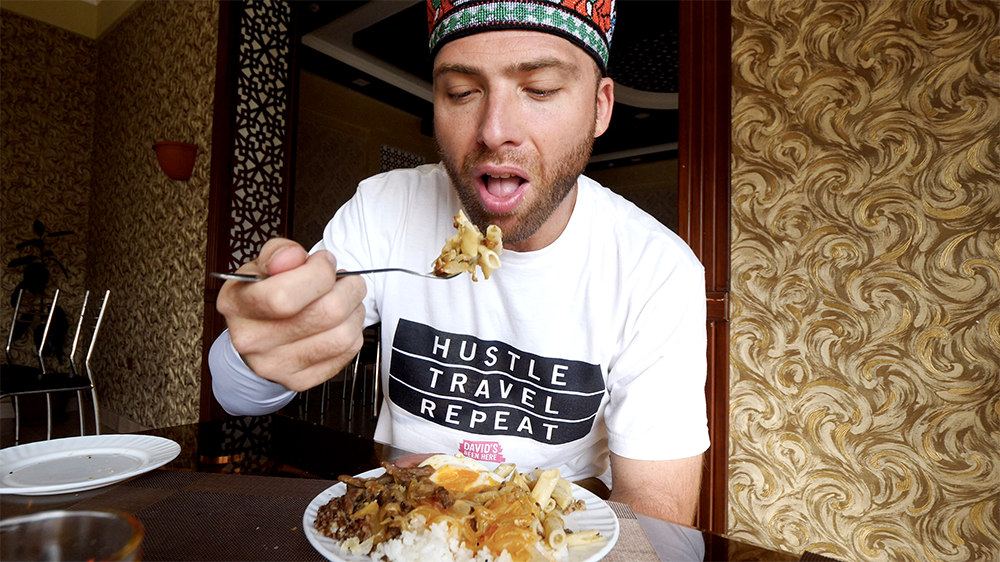 My trusty guide, Otabek would be joining me for my last outing in Termez before my flight. It was his first time eating at Café Bistro, too!

Check out my VIDEO: Unreal Uzbekistan Street Food of Your Dreams + Traveling from Shahrisabz to Termez | Uzbekistan 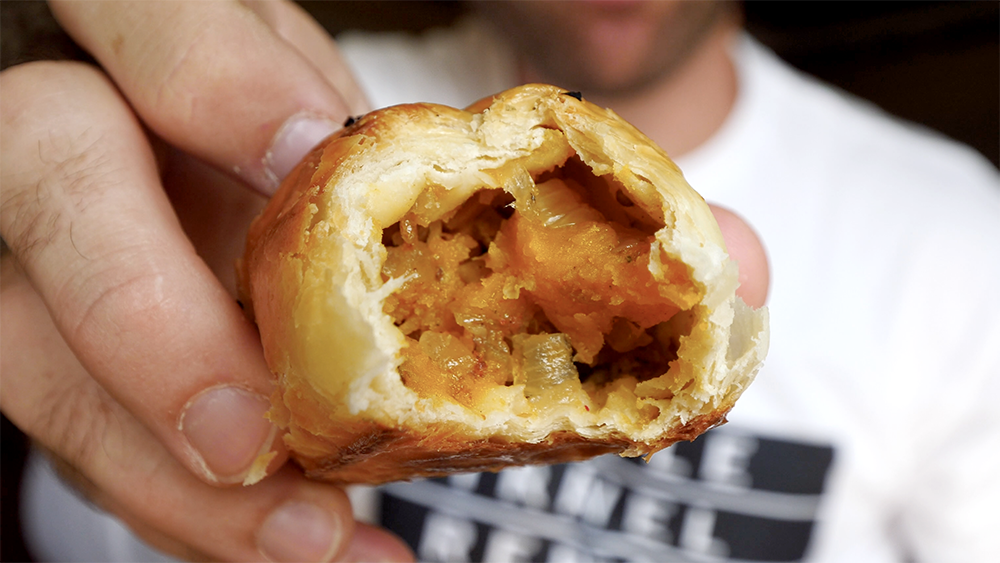 They also had instant coffee, bread, and tea. I got a huge mix of pasta, eggs, rice, onions, beef, ham, grains, oatmeal, and a pumpkin somsa. The somsa was really delicious and contained a nice pumpkin mash and onions. It was the first kind I’d tried that didn’t have beef in it. It was like pumpkin pie in an empanada. 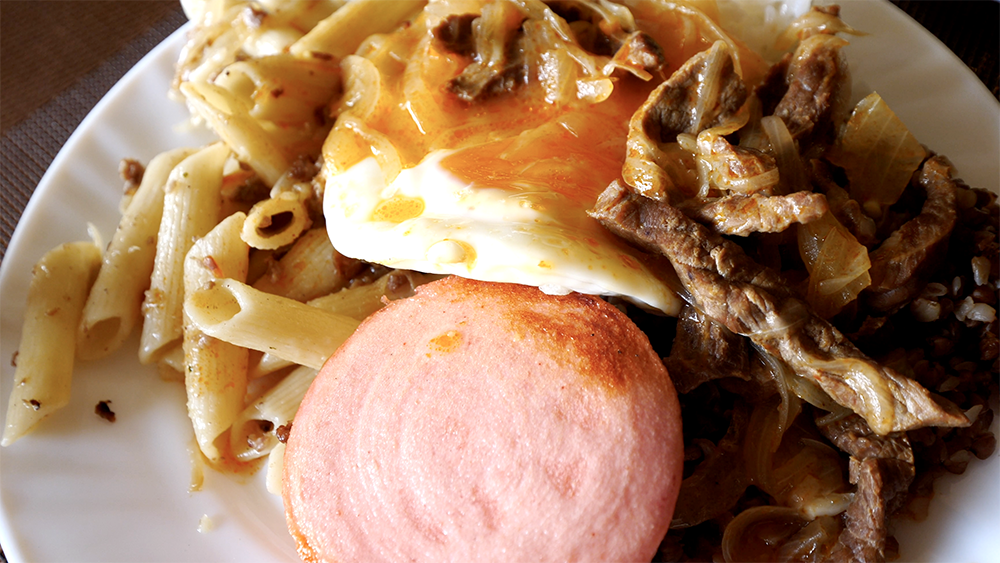 The oatmeal was super sweet and watery and very different from the thicker, drier kind I eat with peanut butter in America. But it was good! The milk had a sweet flavor, almost like cardamom. I soaked some of my bread in it – it was like Uzbek cereal! 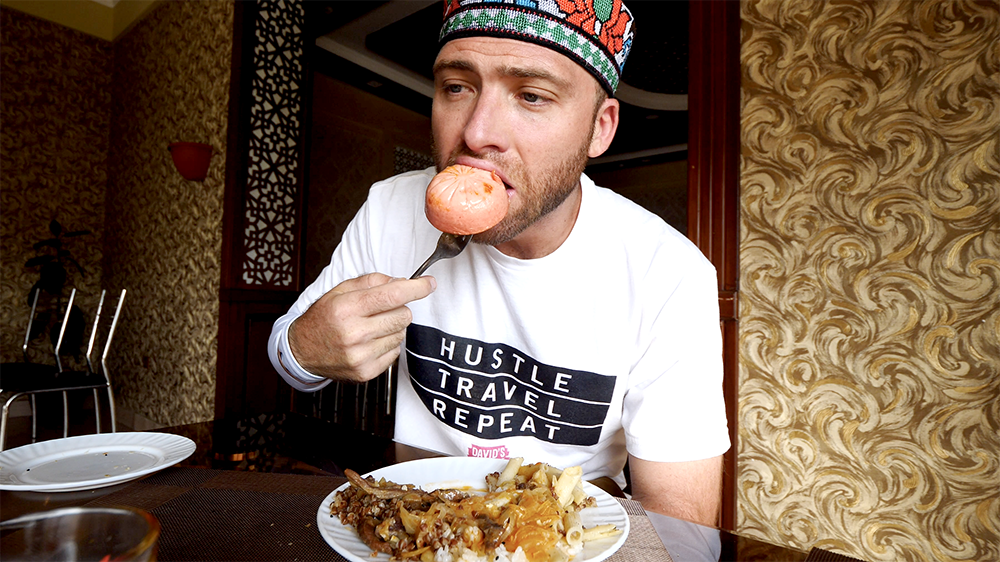 Next, I dove into the onion and beef pasta. It was a delicious penne pasta. The rice was also good and had an earthy gravy drizzled over it. It was almost like mushroom gravy. The beef was nice, tender strips, while the egg was nice but the yolk was completely cooked. I also had a huge sausage, which was too big for me!

Then, I mixed everything together. This Soviet style breakfast in Termez, Uzbekistan wasn’t my favorite breakfast at all, but I wanted to eat as much as I could so I wouldn’t be hungry on my flight. The gravy tied everything on the plate together nicely. My favorite thing was the coffee. I had two hours left in town, so we headed off to the Archaeological Museum of Termez next! 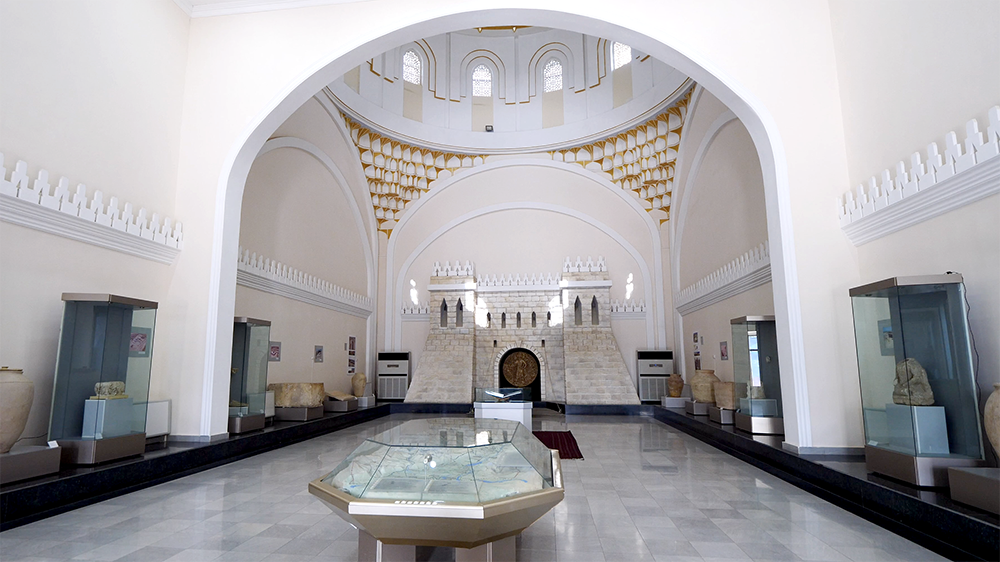 The Archaeological Museum of Termez was just 5 minutes away and looked like a mosque! The museum opened in 2002 on the 2500th anniversary of Termez. Inside are archaeological finds from the Bronze Age up to the 15th century! They have a map of the Surxondaryo Region, where Termez and Jakurgan are located. 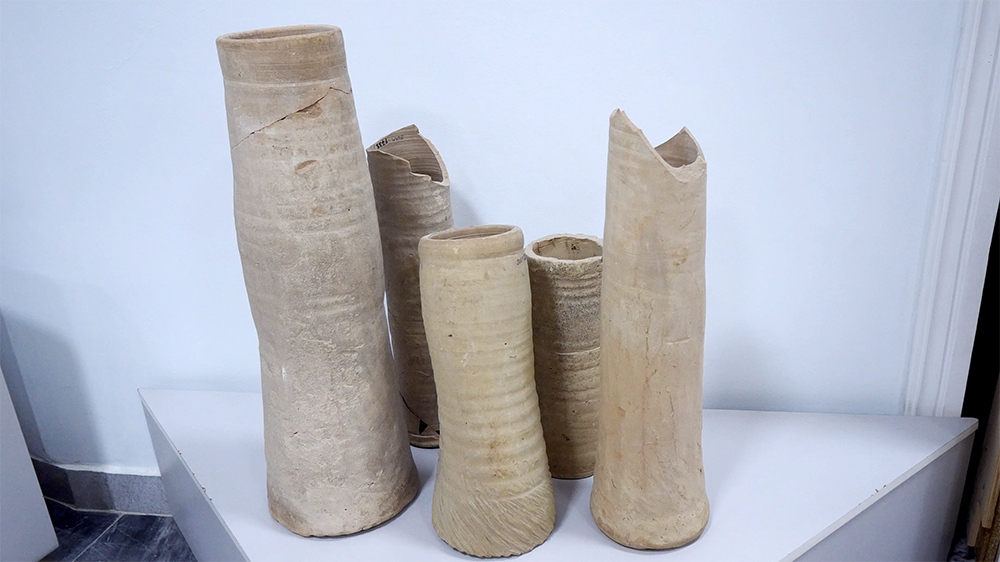 I also saw pottery, a piece of a pillar, statues, and more. There was a bathtub from the 4th century BC, a beautiful 11th-century vase, and a replica of the Silk Road Gate I visited the previous day. There was also a stele of Koran writing. 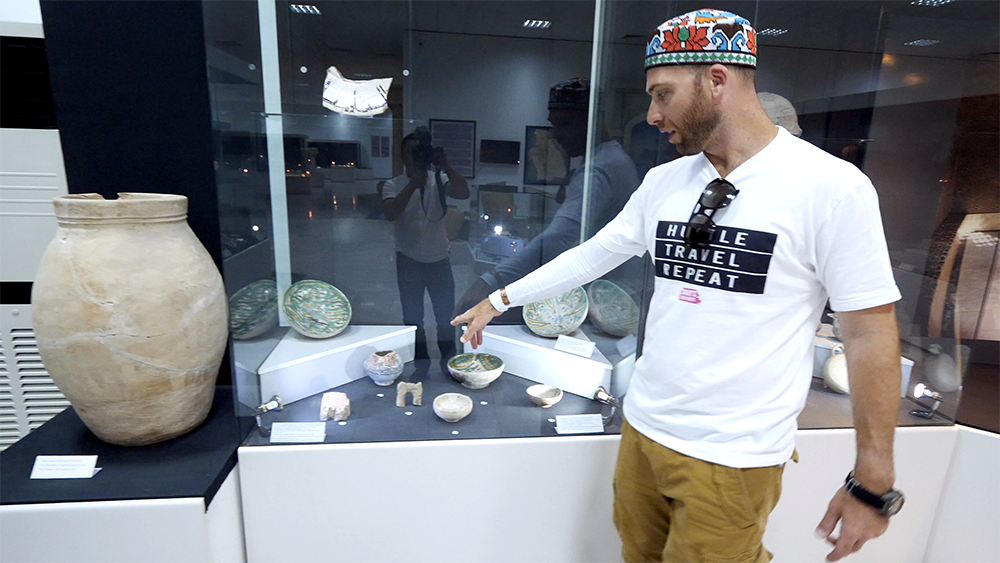 Upstairs were items from the Bronze Age, including tools, pottery sherds, weapons, paintings, bones, and more. There was also an area dedicated to Alexander the Great, including replicas of his bust. He came through this area from Macedonia. There was also a model of the city he built, Kampyrtepa. The rich were inside the city walls and the poor were outside.

It was a massive showcase. There was so much history there! One of the coolest things I saw was ancient plumbing from the 10th century. They were ceramic water pipes that brought water from the river to the homes! I also saw jewelry, more vases, coins, bells, and ceramic work from the 9th and 12th century AD. I loved the colors! There was also a wooden 11th-century book stand. 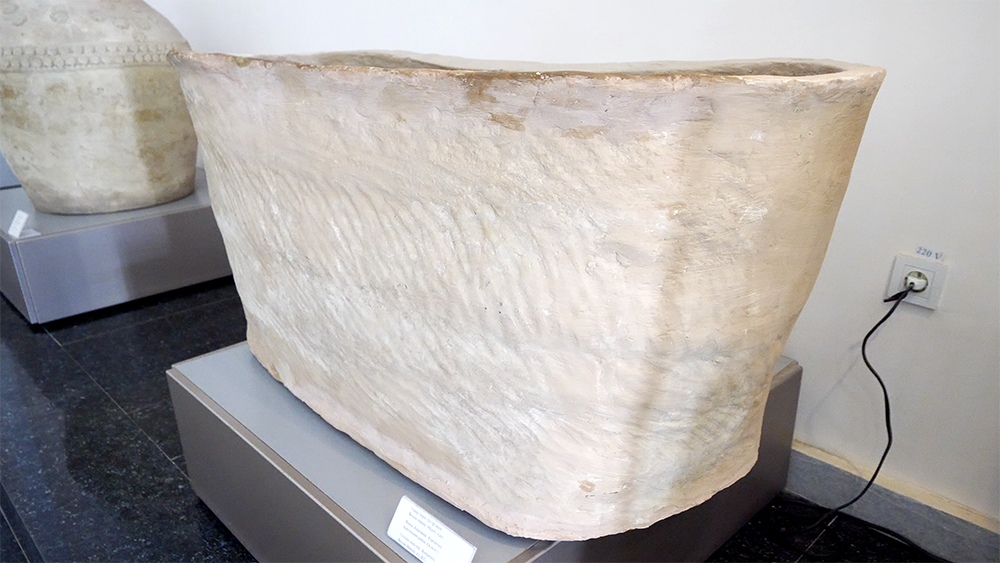 Next, we headed to a wedding ceremony at Afruz. It was held in a huge ballroom. There was lots of salads, somsas, bread, chocolate, pistachios, and more. We arrived about an hour early. The wedding party was huge! I had two shots of vodka to celebrate with everyone! I wished I could have partied with the guests, but I had an hour until my flight! 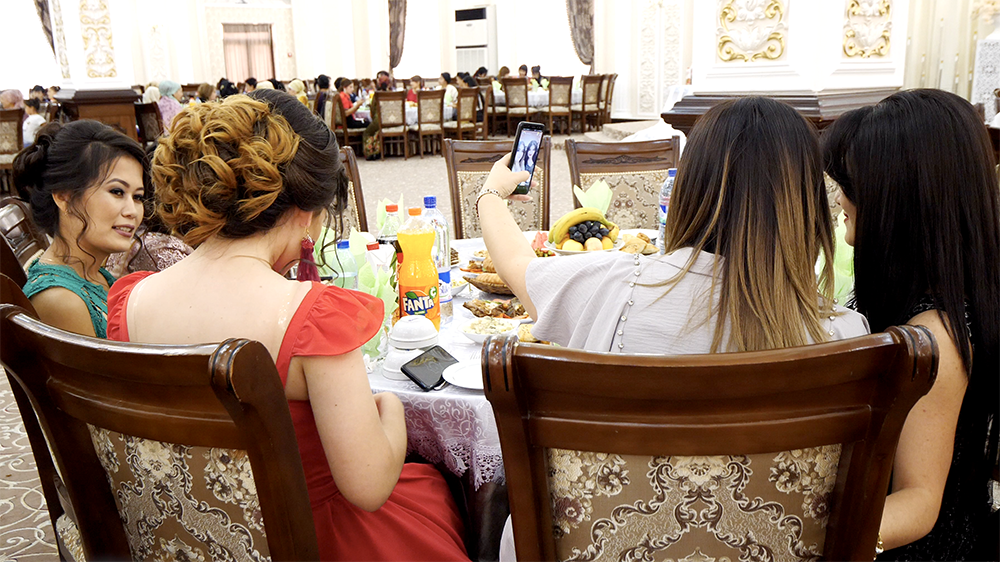 Then, we headed to Termiz Xalqaro Aeroporti. Security let us through and Otabek guided me through. It was a small airport and barely anyone was there. My bag was overweight but they let me through, so it was all good and super easy to go through. 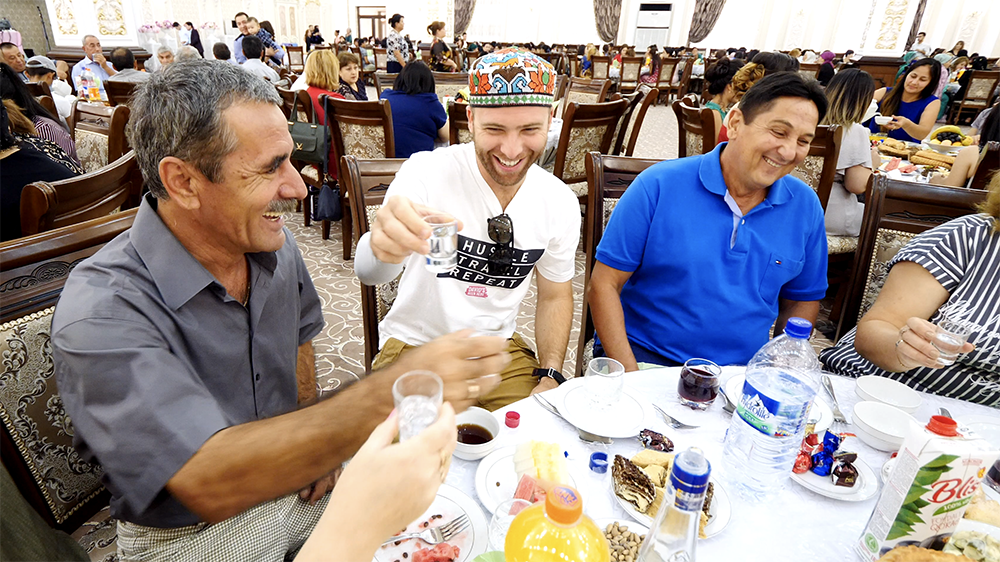 I boarded my flight on a Boeing 757. An hour-long nap later and I was back in Tashkent! I got on the shuttle bus, got my bags, and headed back to the Hyatt Regency. It was much cooler in Tashkent. My Uzbekistan Travel car arrived and we rode into the city. The streets are wide and there are lots of remarkable, Soviet-style buildings.

I headed up to my room. It had a beautiful king-sized bed, a couch and work area, and a gorgeous bathroom! 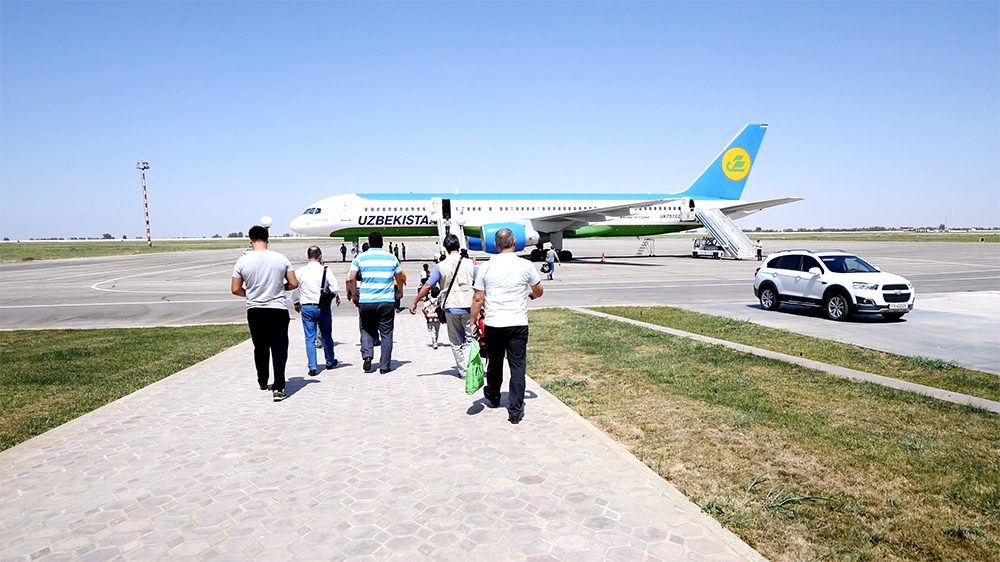 I hope you enjoyed coming along on my Soviet style breakfast in Termez, Uzbekistan and coming with me back to Tashkent! If you did, please give this video a thumbs up and leave a comment below. Also, please subscribe to my YouTube channel so you don’t miss out on any of my upcoming travel/food adventures!