Back in August of 2019, I had the unbelievable opportunity to visit the Central Asian country of Uzbekistan as part of the World Influencers Congress. I had an unbelievable time there and fell in love with the country’s unique food, history, and culture. But first, I had to get there! Come along with me as I fly to the capital of Tashkent and give my Uzbekistan Airways economy class review along the way!

Uzbekistan would be my 74th country and I was so excited. I started my journey in Queens, New York City. My cousin Alex joined me on my way to JFK Airport. There, I’d catch my 12.5-hour flight on Uzbekistan Airways’ Dreamliner. I arrived at Terminal 2, but that was the wrong terminal, so I headed over to Terminal 4. I had 2 hours before takeoff and needed to check-in. It didn’t look too full, but it took 90 minutes to get through security. 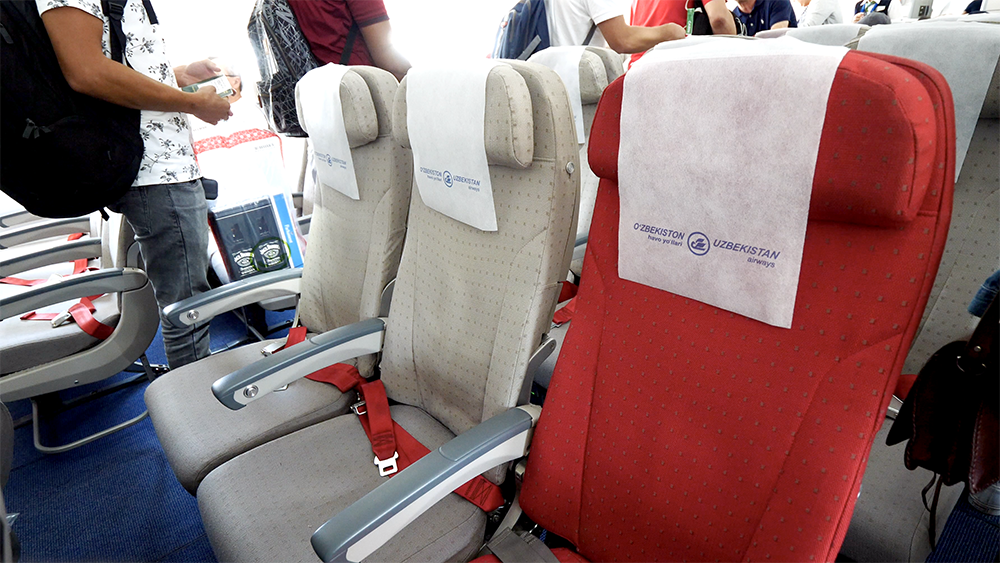 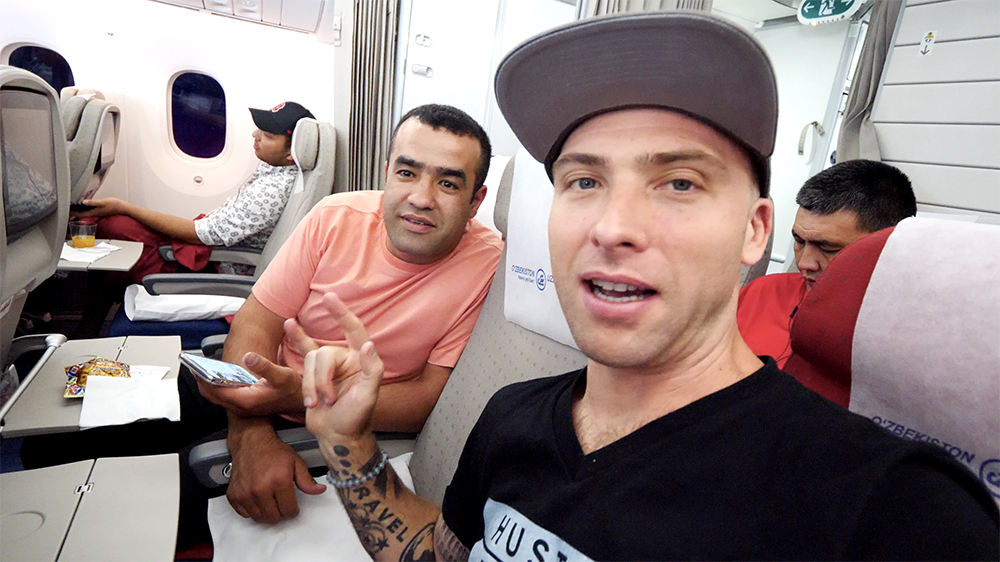 I met a guy from Samarkand, Uzbekistan in my row. We wanted to watch a movie, but some of the plane’s screens didn’t have all the movies. So I drank instead and had a delicious meal of beef, rice, ham, bread, tomatoes, and a cake. The beef had a nice, rich sauce with olives. It didn’t have too many spices but was super tender! Then the flight attendant offered me some chicken!

Check out the Best Things to See and Do in Lviv, Ukraine

I continued my Uzbekistan Airways economy class review with the chicken, which came with penne pasta. The pasta had some oil and herbs on it and was nice and filling. The chicken was almost like chicken parmesan with mushrooms and was really creamy. It tasted really fresh! The sauce was great mixed with the pasta. With two meals down, I was full. I was already loving the Uzbek hospitality. 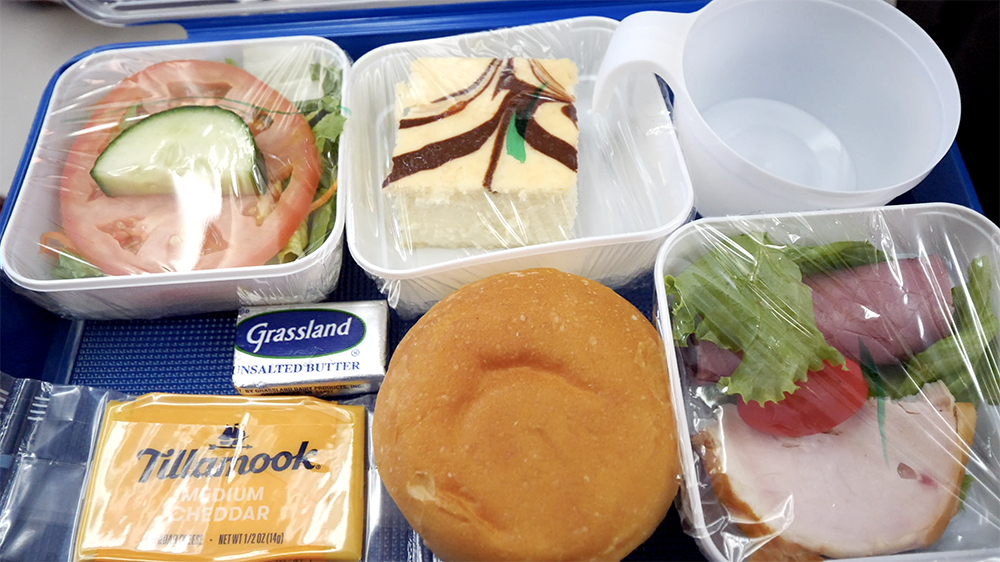 Eight hours in, we were flying over the Atlantic near Iceland. We still had a ways to go. The flight attendants were giving me lots of alcohol and telling me about sites I should visit! I slept eight hours straight and had some chicken, rice, carrots, and broccoli. The chicken had a nice, glazy sauce and was super delicious! 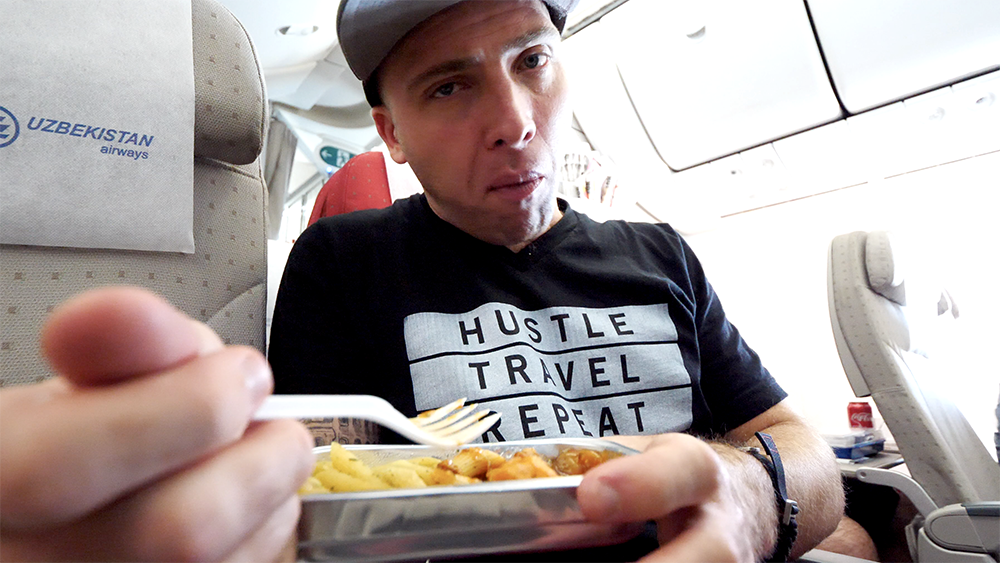 The super nice flight attendant gave me some amazing beef as well! The friendliness and hospitality were unreal! The beef looked really good and came with rice, sauce, and vegetables. It was super tender and the vegetables were really nice! My neighbor from Tajikistan joked that I was snoring while I was sleeping!

Check out the Top Places to Visit in Israel

We were flying over Kazakhstan and were preparing to land in Tashkent. There was a lot of desert landscape out my window. The friendliness and hospitality were already off the charts! At first, they told me I couldn’t film, but then they warmed up and let me do it! 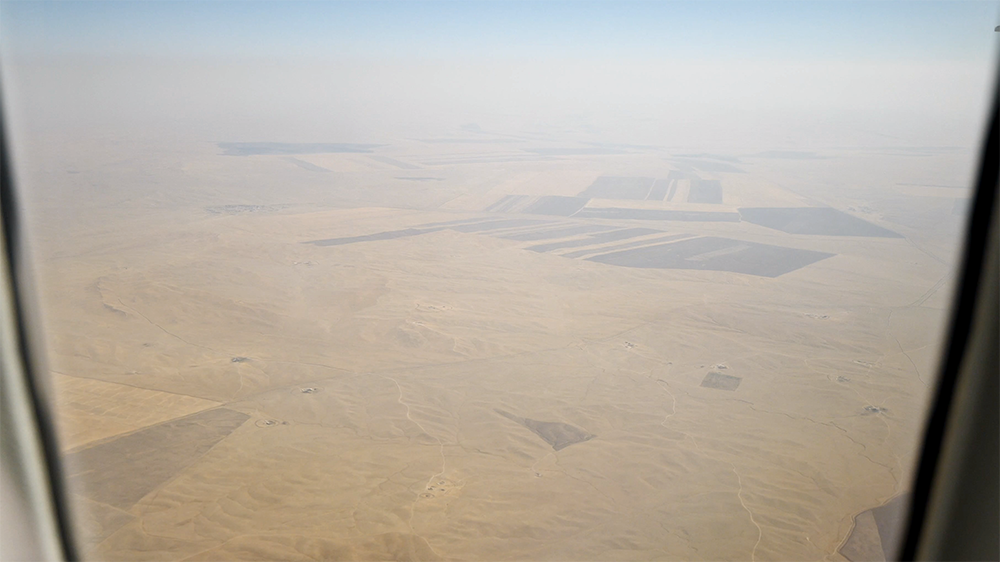 At the airport, it took forever to get our bags, SIM cards, and passports. I got in a cab with Traveling Jules and learned how to say good morning in Uzbek. I was loving Uzbekistan. It felt like Moscow. The streets were wide and there were lots of Soviet-style buildings. It was also 100 degrees! 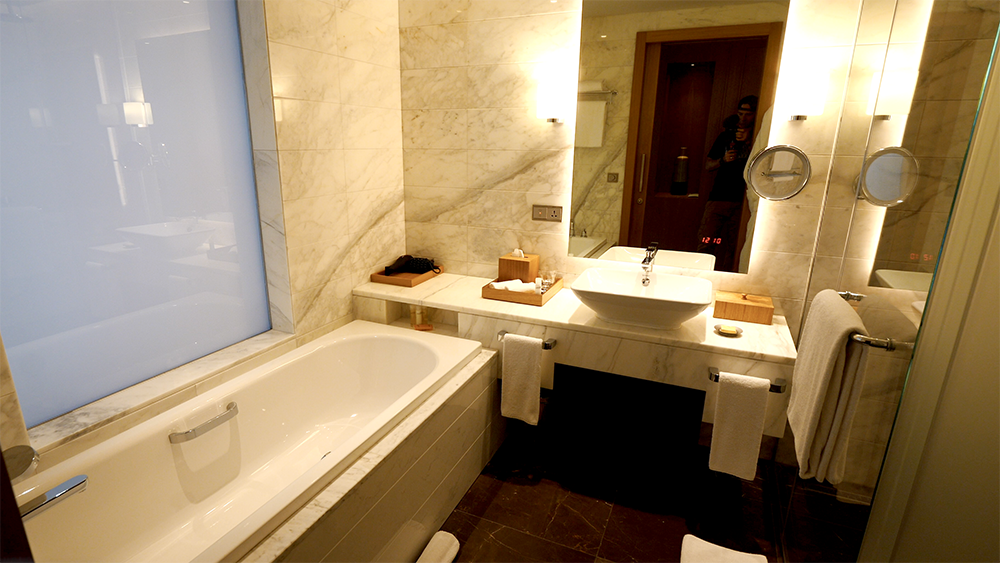 We were staying at the Hyatt Regency in Tashkent. I would be on the sixth floor in a really nice room, Room 618. My room contained two twin beds, a desk, a chic bathroom, and a view of the building. I couldn’t wait to explore my 74th country! 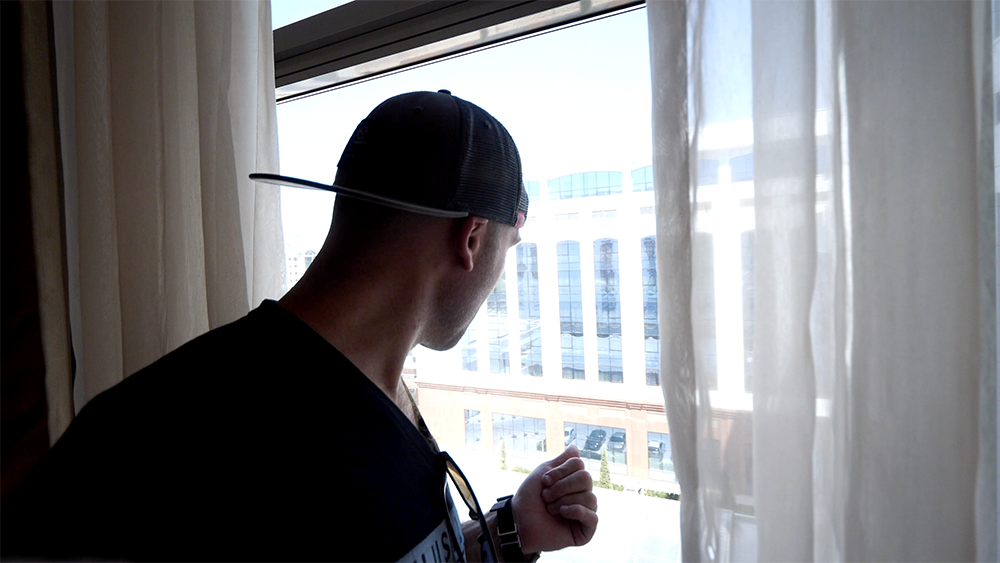 I hope you enjoyed my Uzbekistan Airways economy class review as I traveled from New York to Tashkent! If you did, please give this video a thumbs up and leave a comment. Also, please subscribe to my YouTube channel so you don’t miss any of my upcoming travel/food adventures!