Without question, one of the most prominent geographical features in Armenia is Lake Sevan. At 480 square miles in size, it is the largest body of water not only in Armenia but also in the entire Caucasus Region. It also is located 6,234 feet above sea level, making it one of the largest high-altitude freshwater lakes in Eurasia. It’s located only 37 miles east of the capital city, Yerevan. Its proximity to the city makes it a popular day trip for tourists who are curious about what to see and eat on Lake Sevan, Armenia. 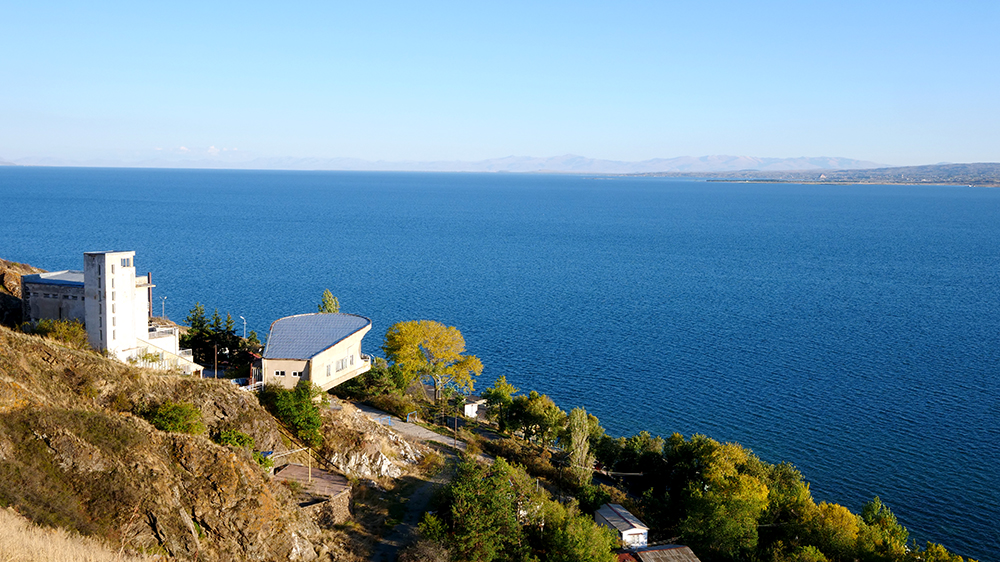 This massive lake is much more than the largest body of water in Armenia, though. It’s also an important food source, as it supplies roughly 90% of the fish eaten in the country and 80% of the crayfish. Lake Sevan is also a popular recreation area, as the only beaches in Armenia are located along its shores. While many of the beaches are public, there are also private beaches owned by hotels and resorts along the lake. These resorts often offer activities like windsurfing, swimming, sailing, and jet-skiing. 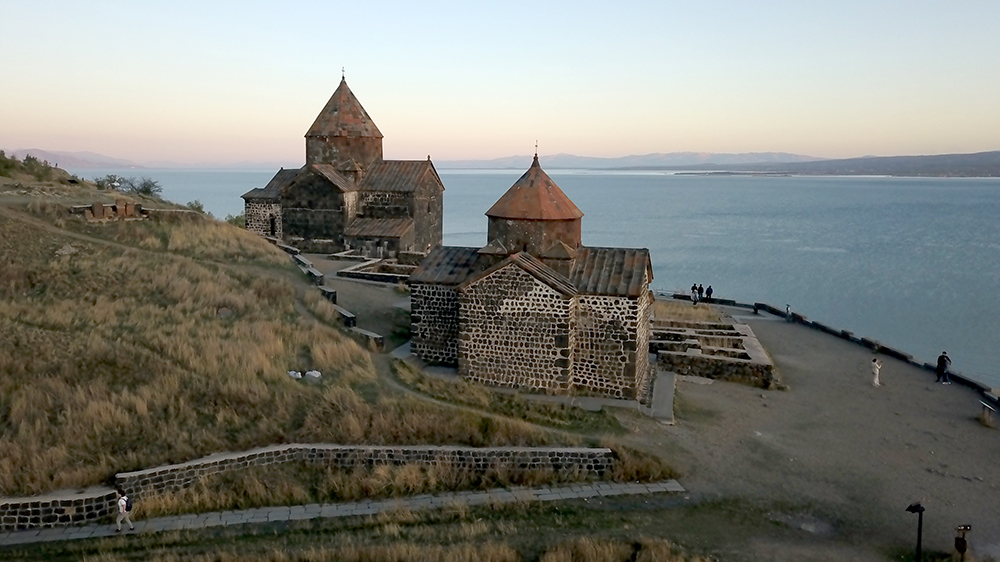 In addition to the incredible recreational options available on Lake Sevan, the area around it is also rich in history. Roughly 900 intricately-carved medieval Armenian cross-stones called khachkars can be found in the Noratus Cemetery in the village of the same name. Tourists can see more khachkars in the village of Nerkin Getashen. On the lake’s southwestern shore, you’ll find the 9th-12th century Hayravank Monastery in the Gegharkunik Province. 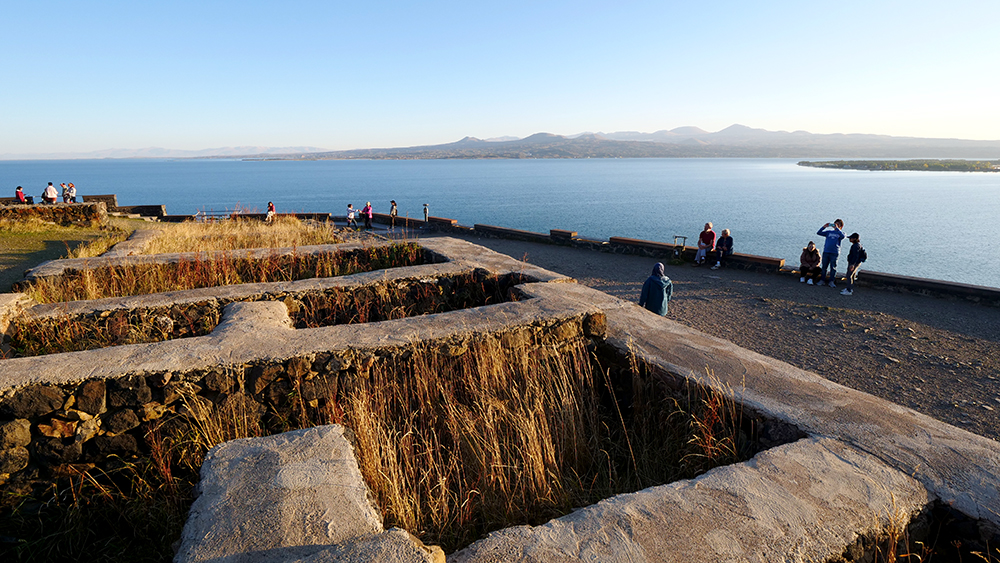 There are lots of things to see on Lake Sevan, and you could easily spend a couple of days exploring the sites and villages on it. A drive completely around the lake is roughly 250 kilometers, or about 155 miles. But if you’re pressed for time during your Lake Sevan visit like I was and only have a few hours to explore, I’ve got you covered. This is what to see and eat on Lake Sevan, Armenia. 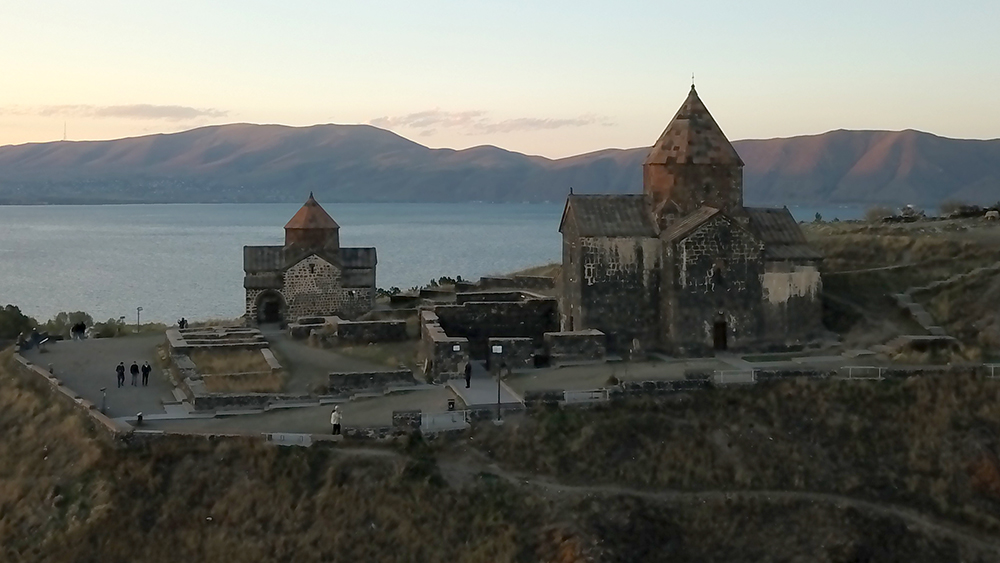 On the northwestern shore of Lake Sevan is a peninsula that was once an island. The lake was partially drained during the reign of Joseph Stalin, dropping the water level by about 66 feet. This created a peninsula where there used to be an island. On the peninsula is the most famous and most prominent site in the Lake Sevan area, Sevanavank Monastery. 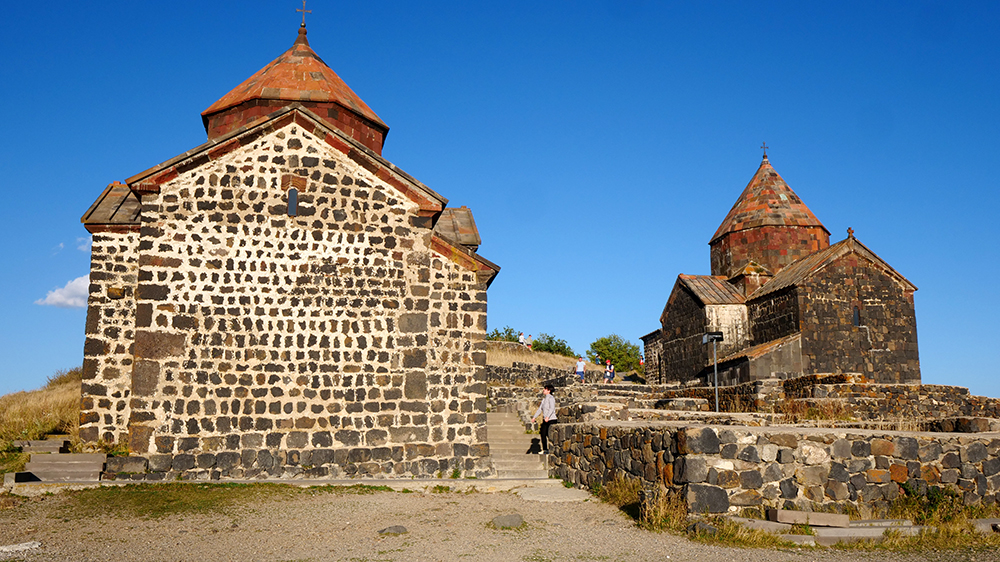 Sevanavank Monastery is a 9th-century monastic complex that dates back to the year 874. It was established by Princess Mariam and was mainly intended to serve as the home of monks from Etchmiadzin who had sinned. Sevanavak was also known for its strict rules, which included abstaining from meat, wine, youth, and women. 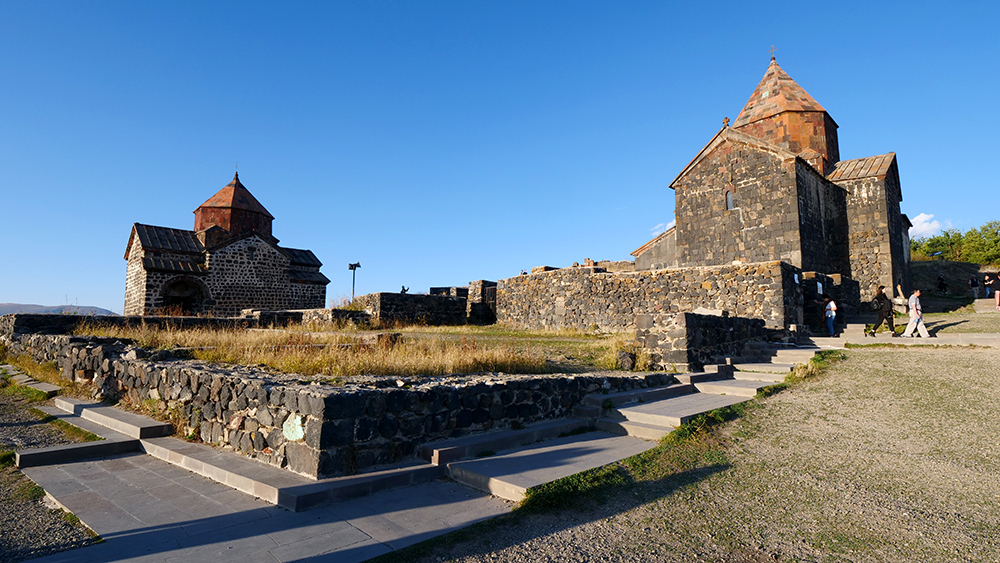 As recently as 1850, an explorer documented how the monks copied manuscripts there by hand. The monastery is home to two churches, Surp Arakelots and Surp Astvatsatsin. There, you’ll also find the ruins of a gavit, which is a chamber to the west of a medieval Armenian church that serves as an entrance hall, mausoleum, and assembly room. 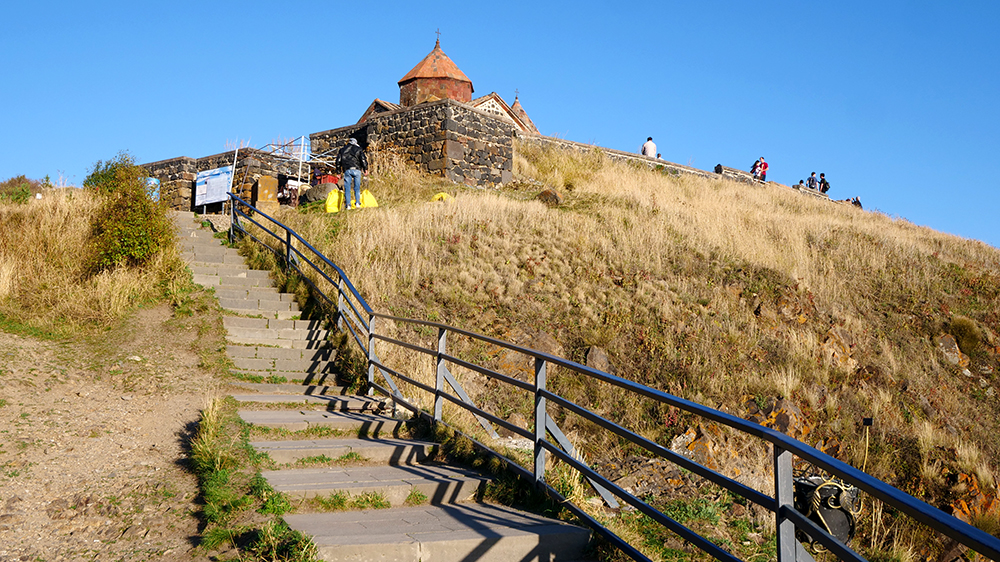 In order to reach the monastery, you have to climb 245 steps to the top of the peninsula. As you make your way up, be on the lookout for a khachkar depicting an Armenian-style cross and a tree of life. On the day I visited, the wind carried whiffs of walnuts roasting nearby as I climbed. Once you reach the top, you’ll have excellent views of Lake Sevan and the two churches of the complex. The lake and mountains are gorgeous from this vantage point. It’s a perfect spot to take photos and admire the peaceful surroundings.

The Churches of Sevanavank 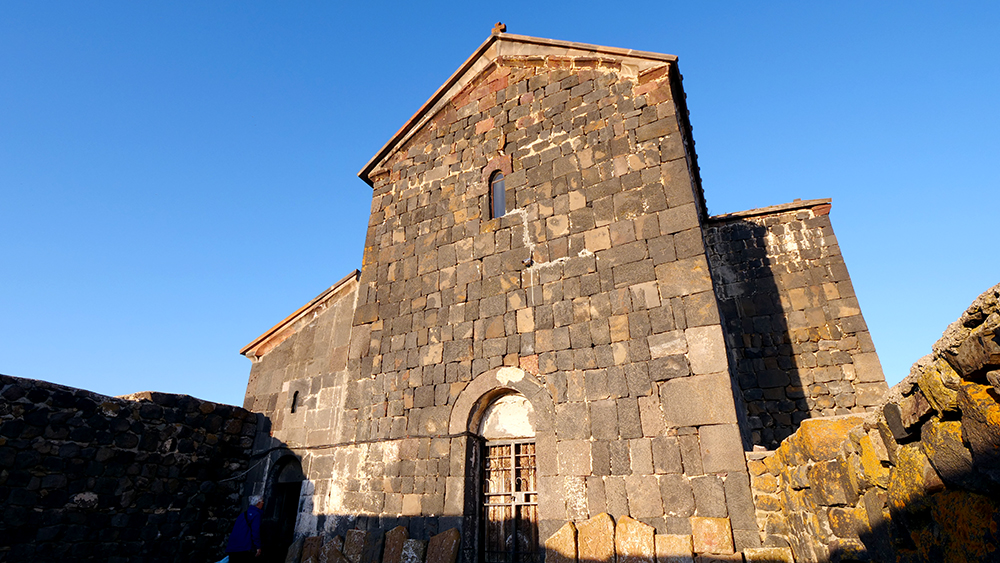 Inside one of the two churches is another beautiful khachkar. I learned from my guide Lusine that there are thousands of khachkars scattered around Armenia. This particular khachkar is special because it is one of only four in the country that has images of Jesus Christ carved into them. 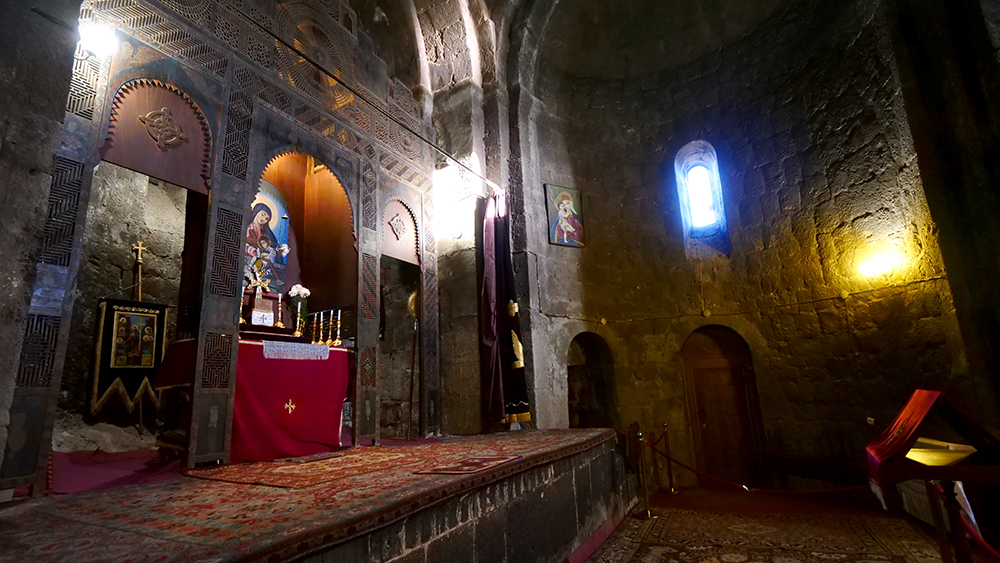 Upon further inspection, you can also see depictions of Jesus’ birth, as well as Jesus with Adam and Eve. While it’s perfectly fine to admire the stunning symbols, figures, and inscriptions carved into them, take care to never touch a khachkar. Oils from your hands can damage them, so just keep that in mind when you visit. 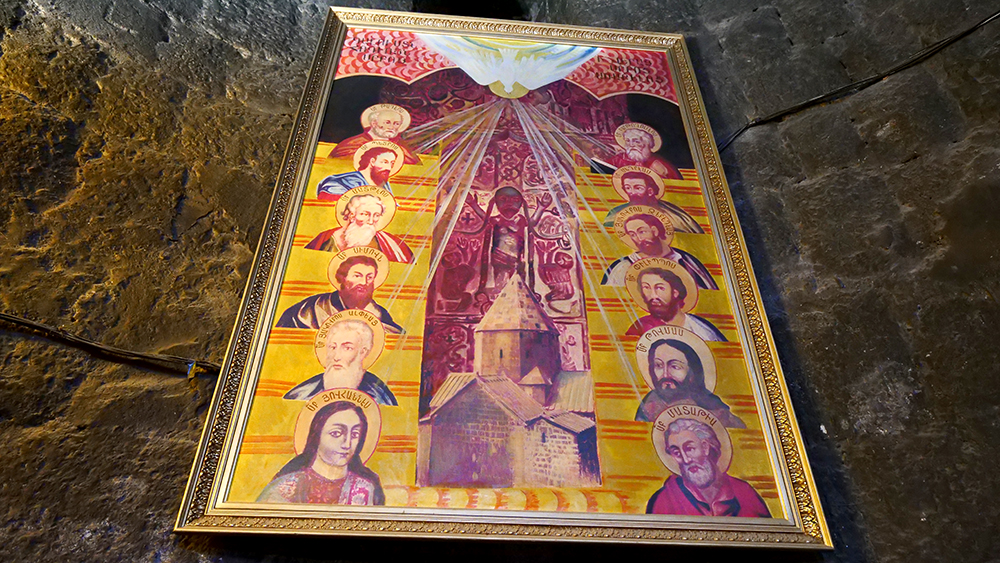 Back outside, you’ll find the ruins of the Spiritual Educational Center, which is where Sevanavank’s monks lived. Today, only the building’s foundation remains, but it’s clear from the current state of Sevanavank that it was even grander during the medieval period. Walking along the top of the foundation was one of my favorite things to see on Lake Sevan, Armenia! 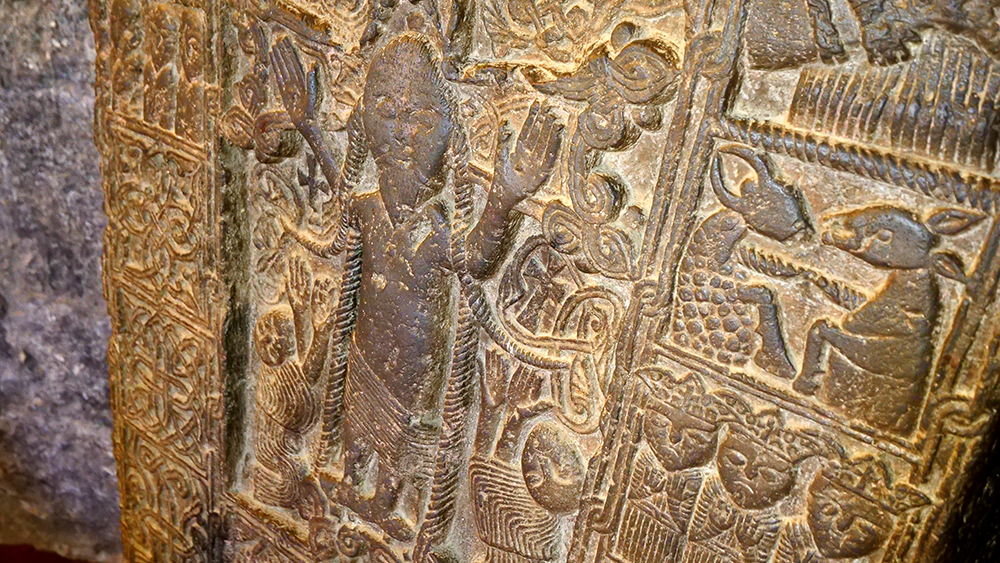 NOTE: If you make the journey to Lake Sevan to visit Sevanavank Monastery, keep in mind that closing time is at 6 p.m. If you want to have enough time to see everything, I advise arriving no later than 5 p.m. 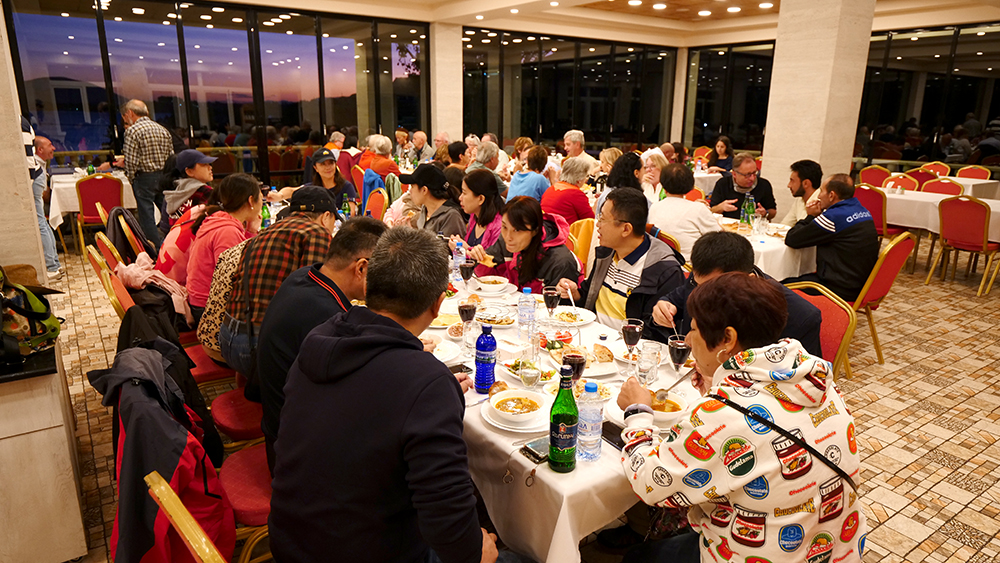 Near the bottom of the stairs leading up to Sevanavank Monastery is a beautiful restaurant called Ashot Erkat. This amazing eatery is one of the best restaurants in the area. It features a large dining hall that boasts incredible views overlooking Lake Sevan. Its location makes it the perfect place to try some locally-caught fish, which are about as fresh as they come! 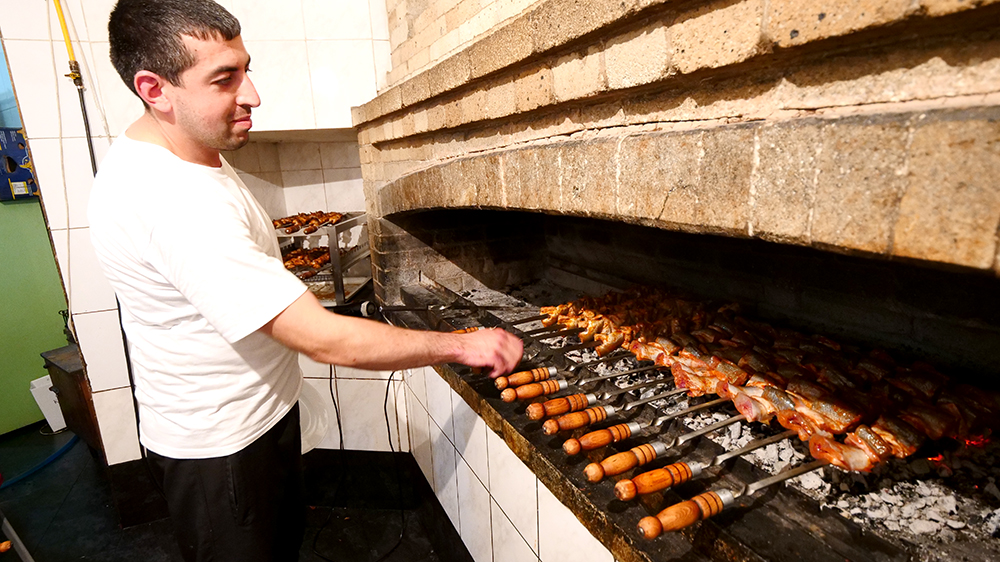 Before my meal, I took the opportunity to visit the cooks in the kitchen. There, I got to watch them prepare two of the restaurant’s specialties, barbecue fish and crayfish kebabs. The aroma of sweet, succulent Armenian seafood was so enticing that I couldn’t wait to get back to my table and try some. 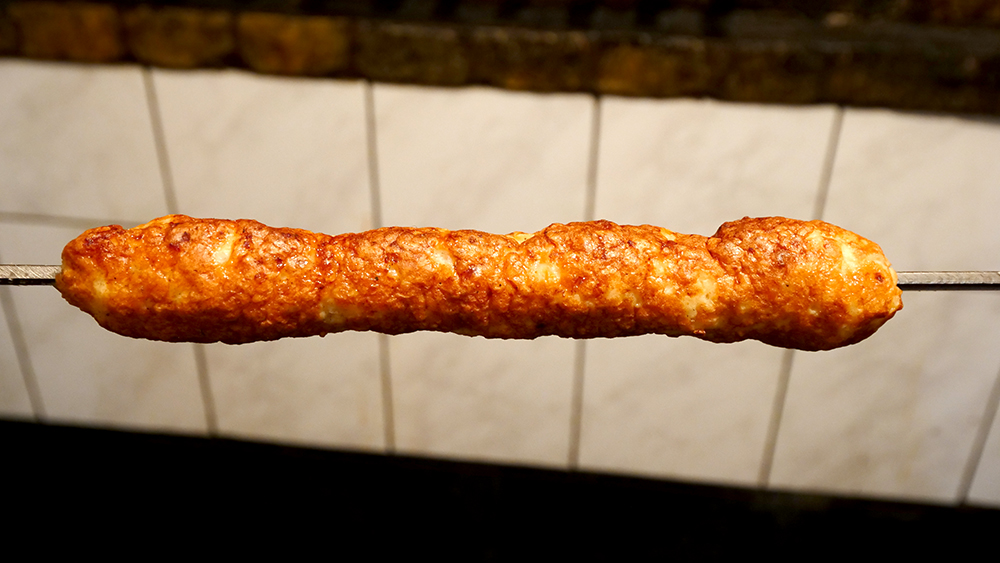 The cooks at Ashot Erkat Restaurant only use fresh, minced crayfish tail meat in their kebabs. The meat is somewhat similar to lobster, but gamier. You can order your crayfish kebabs with ketchup and onions if you want, but I wanted mine plain. As is the case with many Armenian dishes, the kebabs are meant to be eaten with a delicious flatbread called lavash. 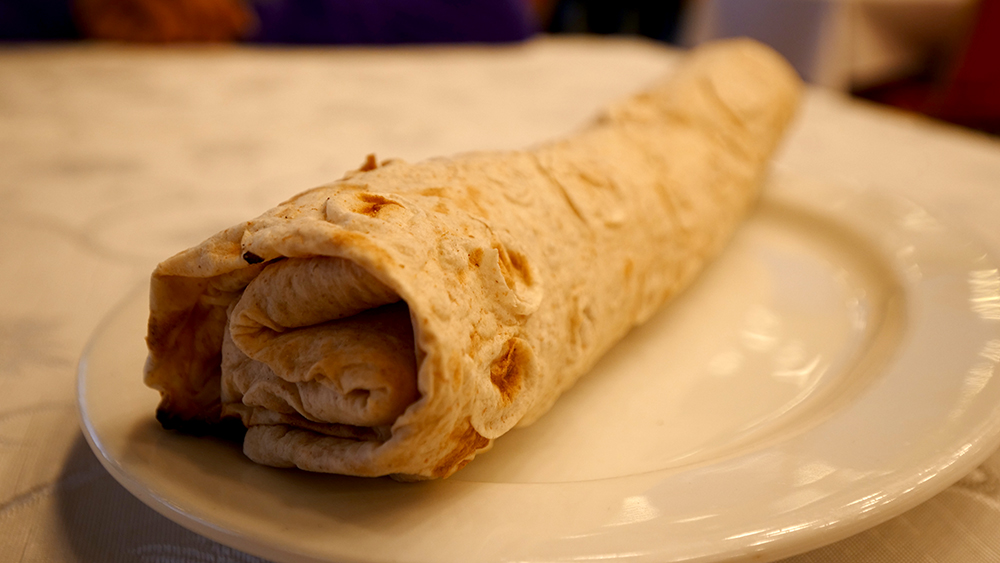 The gamy crayfish meat and the lavash was a tasty explosion of flavors and textures on my palate. After just one bite, I understood why this restaurant is a frequent entry on lists of what to see and eat on Lake Sevan, Armenia. It’s out of this world! 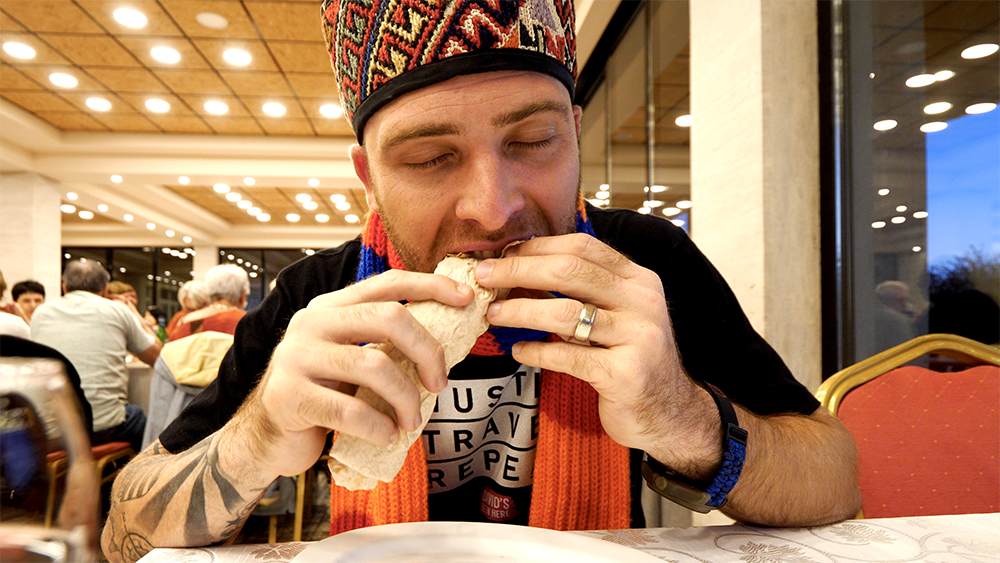 I may have only spent a few hours at Lake Sevan, but I found myself enamored with it. It’s easy to see why history buffs, foodies, and people looking for a fun escape flock to the lake. Its sites are a joy to explore and visiting them is a great way to learn more about Armenian culture and history. Book a trip to the Armenian capital of Yerevan today to enjoy the beauty of Lake Sevan! 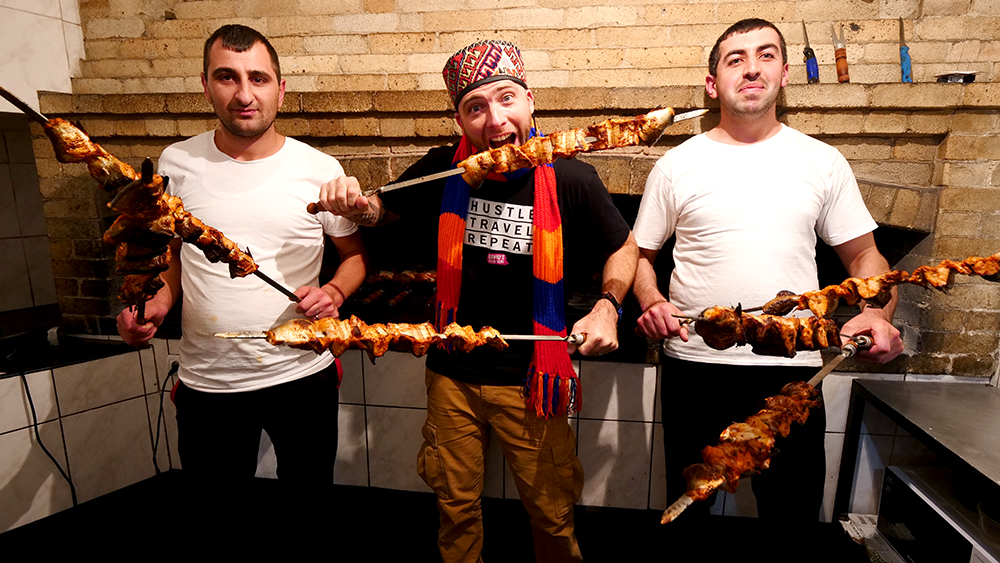