In this Brazilian adventure, I visit an authentic churrascaria, which is all about the different cuts of Brazilian meat! Join me on my Brazilian steakhouse experience as I try picanha, lamb chops, chicken hearts, and more in São Paulo, Brazil!

My afternoon began at Picanharia do Gaúcho, a local steakhouse in the northern part of the city. It’s one of the best places in São Paulo to have a hearty meal! It’s a large, open-air restaurant with about 40 spaced-out tables, and is full of locals. I was the only tourist! It had a nice breeze coming through it! 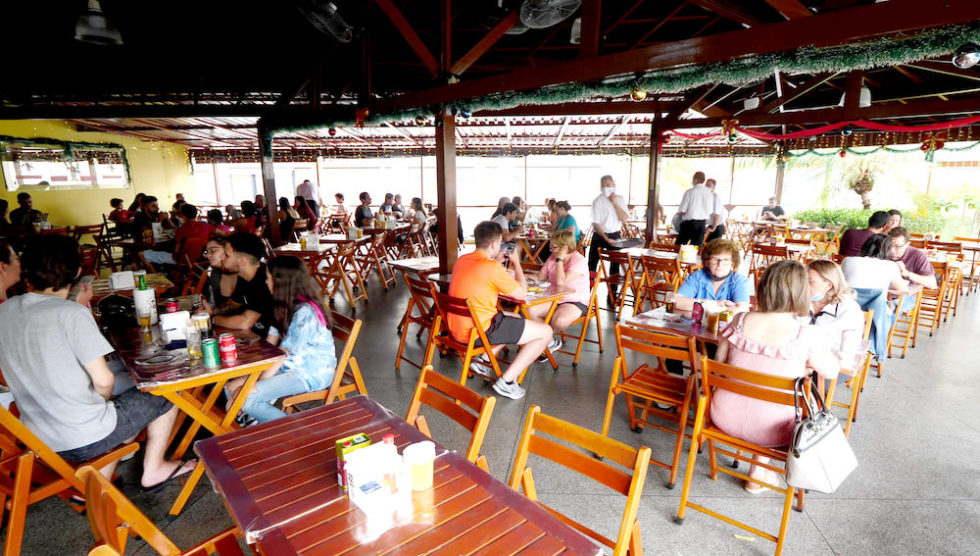 I joined my friends Aurèlio from Be My Guest SP and Guilherme from Rio4Fun and Rio4Food for our epic Brazilian barbecue meal. In the kitchen, they were cooking lots of cuts of meat from roast chicken to picanha to lamb. The aroma was unbelievable. 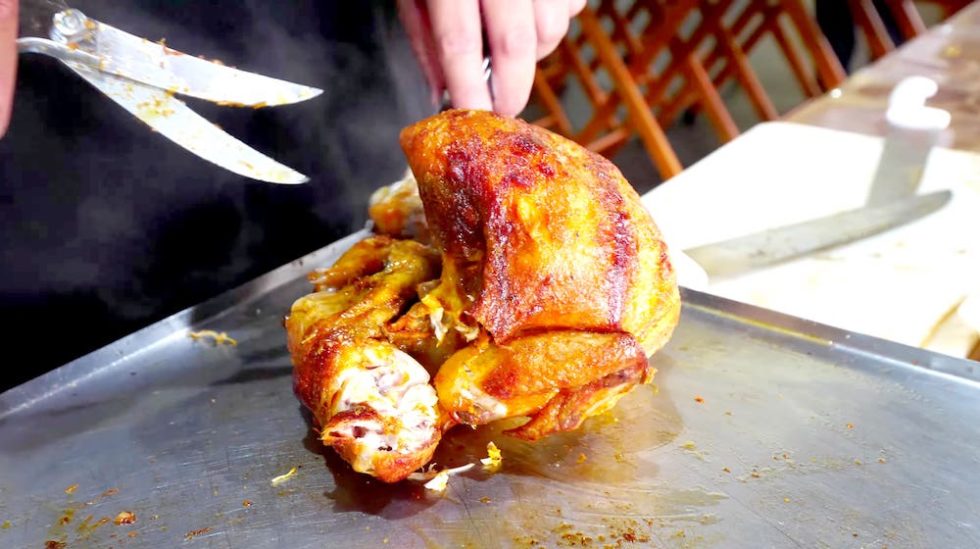 They use rock salt on their huge selection of meat. We started with some dry tips, which is a salty beef that’s super juicy and full of texture. Then I tried a light, smooth, and crisp Antarctica Original Pilsen beer. 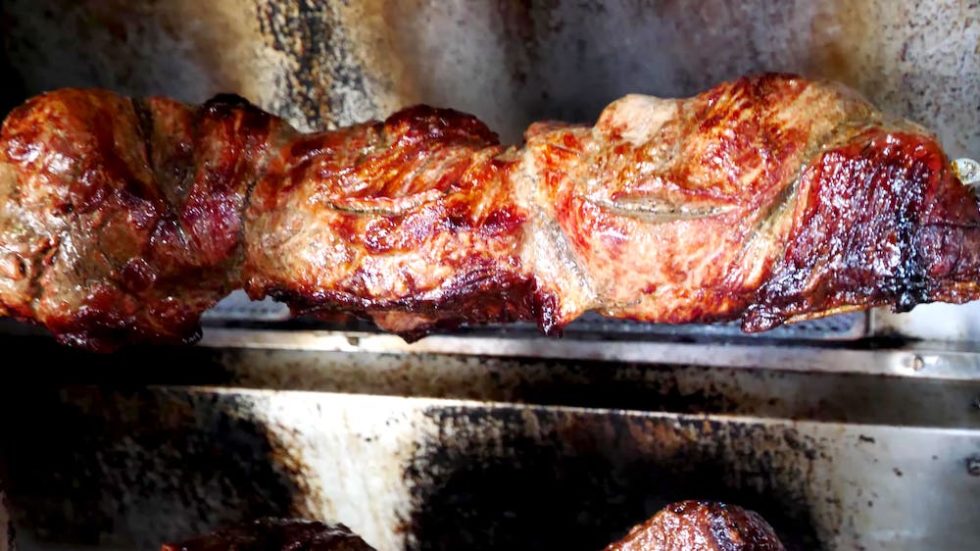 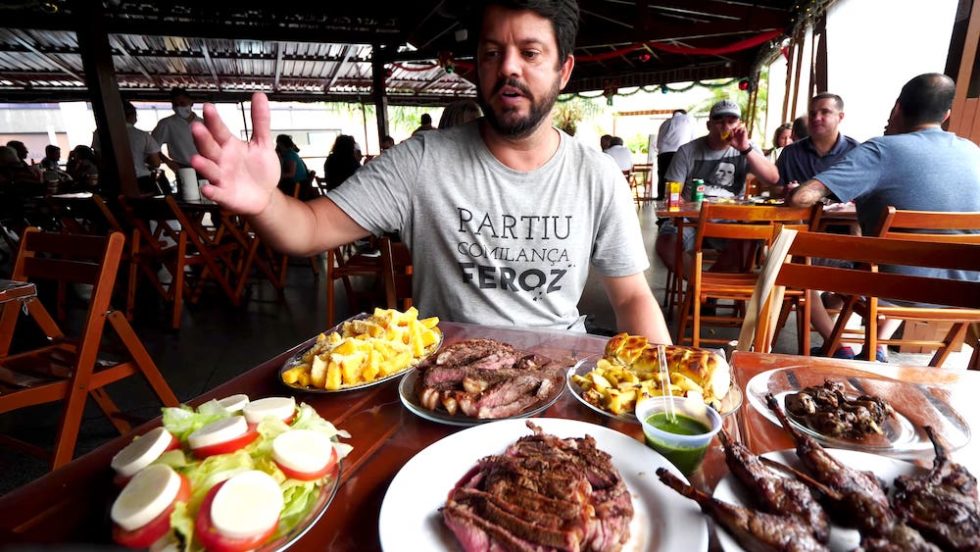 I started with the lamb chop, which was smoky, tender, juicy, and fatty! I couldn’t get enough of it. It’s super fresh because it’s local, unlike in the U.S., where lamb is often imported.

The polenta fries were a nice, crispy palate cleanser. I grew up eating it! Next was the picanha, or top sirloin. It was like having the authentic flavor of Brazil in a bite! I chose to not use the mint sauce, as I really wanted to taste the flavors and saltiness of the meat! 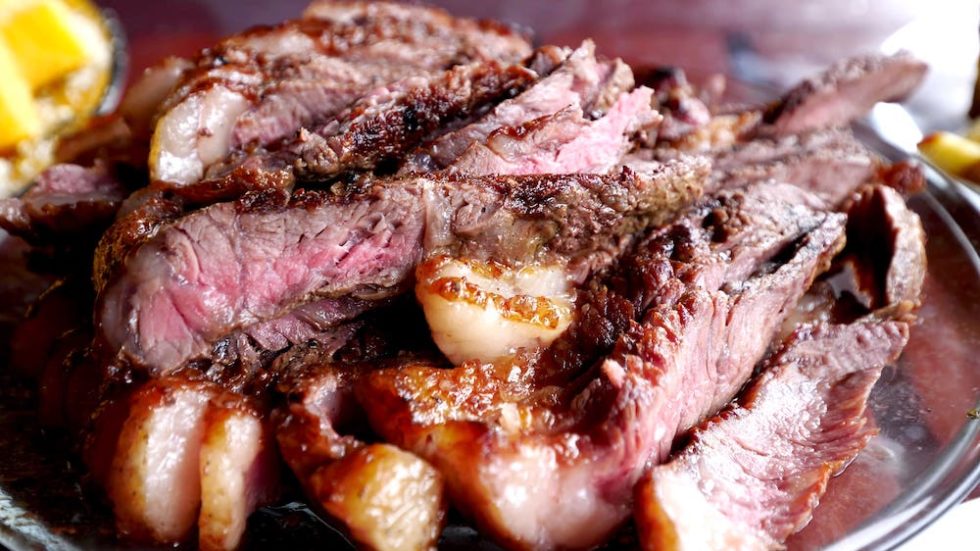 Brazilians are extremely proud of their picanha. I also loved the chicken hearts, which were dense and flavorful. I also loved the curried cheese, which was dense, grilled, and smoky. It’s a good, quality cheese from northeast Brazil. The medium-rare ancho, meanwhile, is from southern Brazil and is also common in Argentina and Uruguay. It’s juicy and fatty! 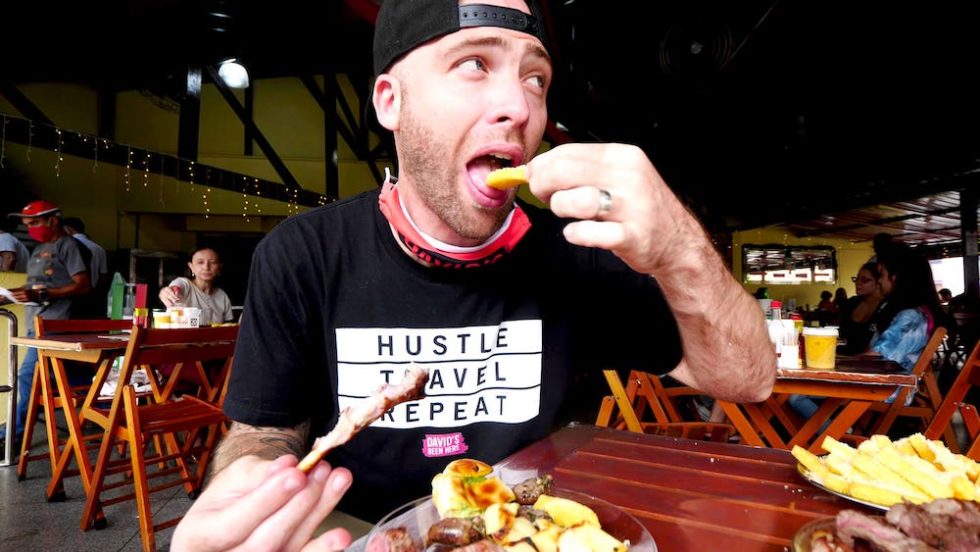 I finished up with some garlic herb bread. It was so incredible. But I couldn’t stop eating the ancho. It was heavenly! 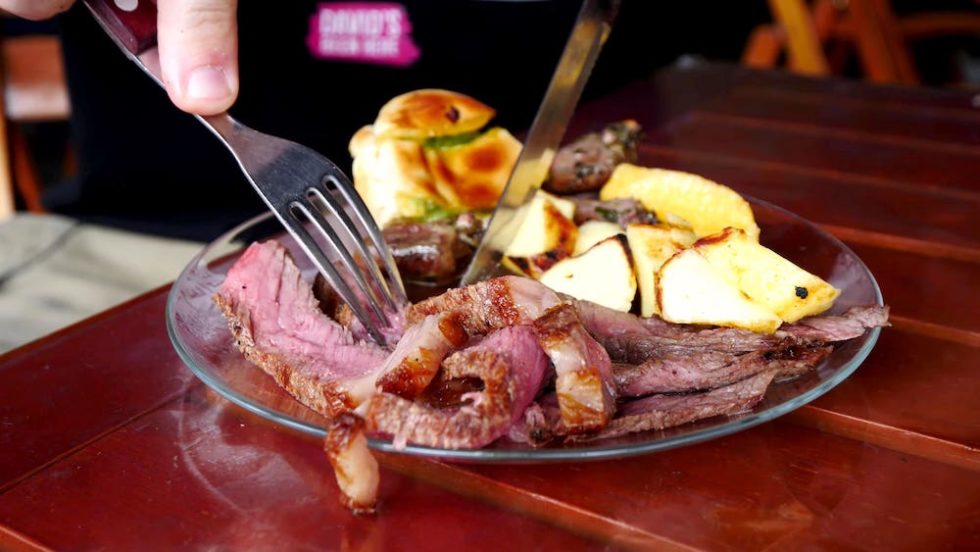 After lunch, we headed to Avenida Paulista, which is like the Fifth Avenue of Brazil. I was so tired after that heavy meal! Because the city is so big, everything in São Paulo is at least 30 minutes away, if not more. 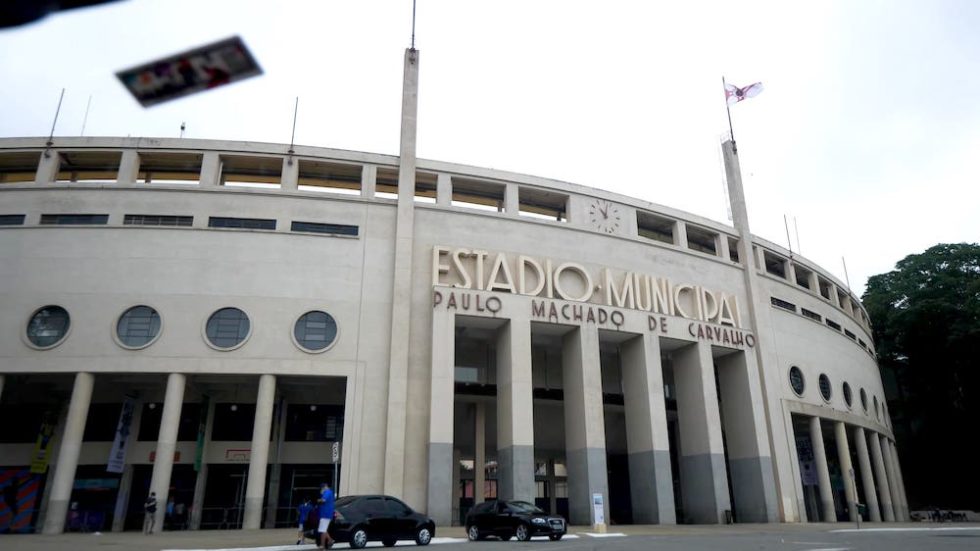 We passed by lots of high rises and stopped by Estadio Municipal, the local soccer stadium. There, we tried coconuts full of hydrating, ice-cold water. It gave me a boost of energy! Then, the vendor cut it open so I could eat the meat inside! 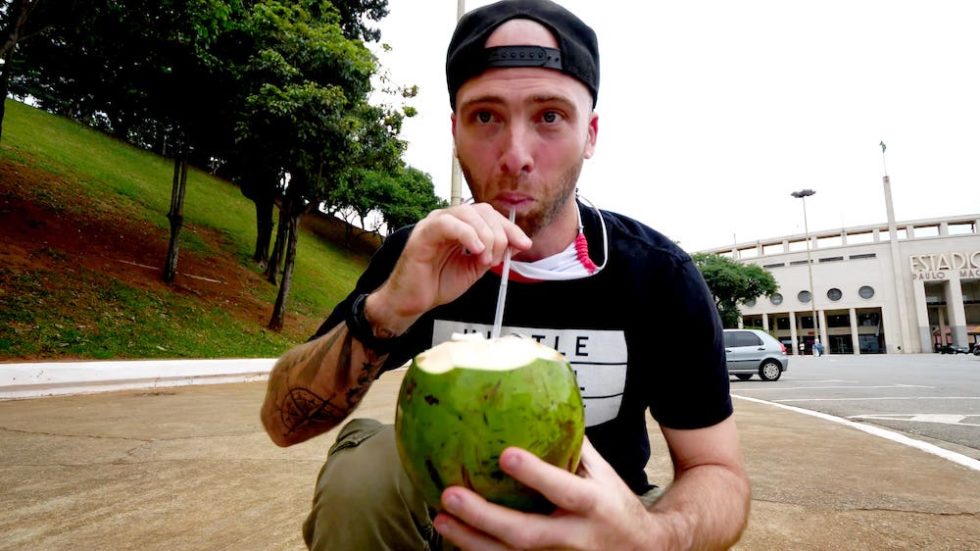 Paulista Avenue is the financial district and runs 2.9 kilometers. It’s huge, with a bike path dividing it, and tons of commercial space along it including McDonalds, Starbucks, gelato places, bars, banks, and more.

You can walk on the bike path, but you have to be careful of bikers and rollerbladers! Nearby there were vendors selling arts and crafts, dolls wearing custom clothes, art books, and even airplanes and Star Wars ships out of aluminum cans. I could also see Marvel figurines of Spider-Man and Captain America! 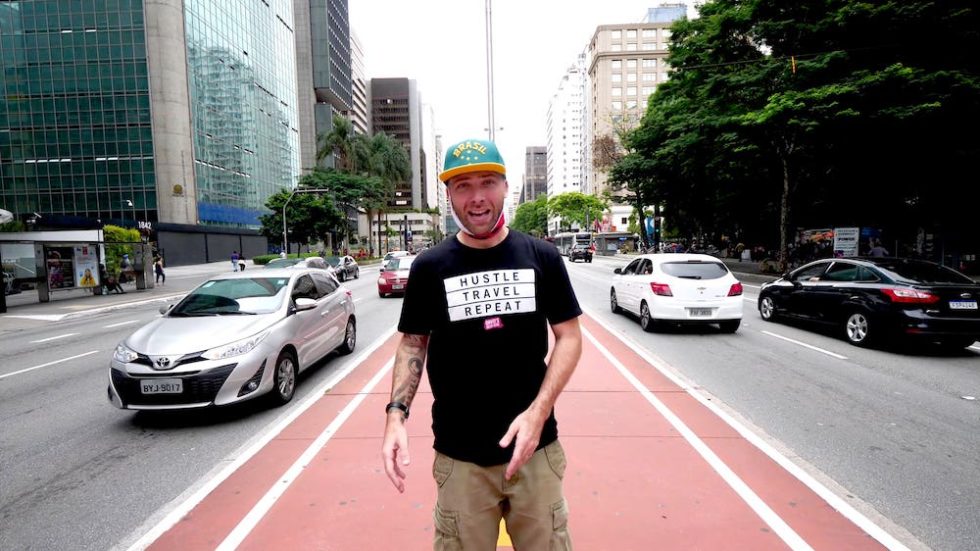 Along the street is Brazil’s 1000th McDonald’s, which is located in an old mansion. There’s also MASP Museum, which is a European art museum. I loved the architecture! They set up a market underneath it every Sunday. 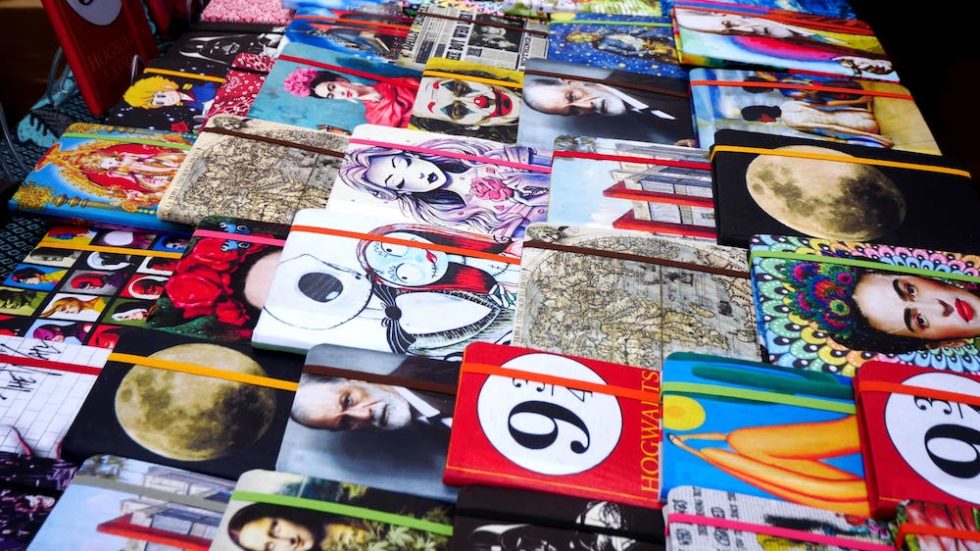 Then, we headed to Bar Do to try some Brazilian craft beers! There, they sell beers from Cervejaria Colorado, where they have 4 beers on draft. I chose an Imperial IPA with honey-like taste! 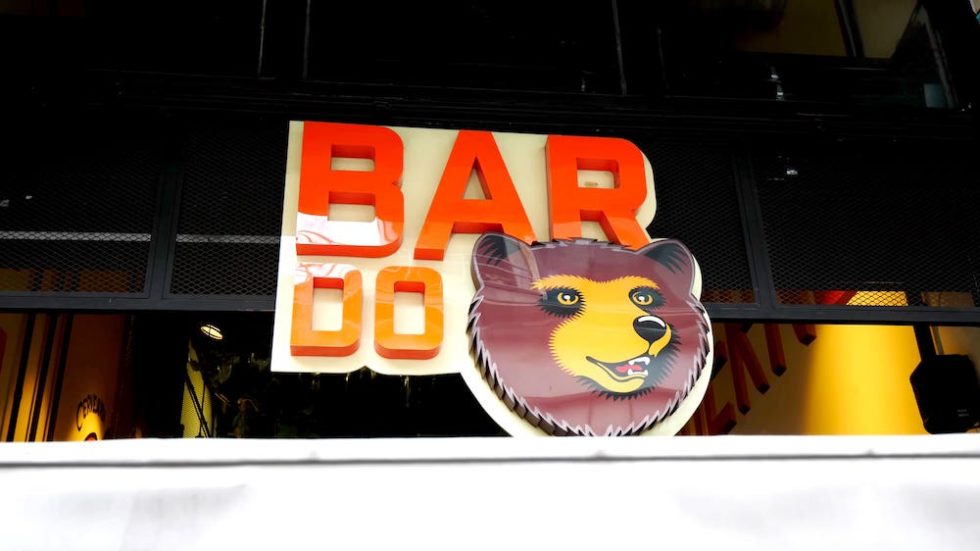 Next was the regular IPA, which was easier to drink, but I liked the Imperial better. What an awesome local Brazilian steakhouse and sightseeing experience in São Paulo, Brazil! Huge thanks to my friends Aurèlio, Guilherme, and Rafa for showing me such an incredible time. 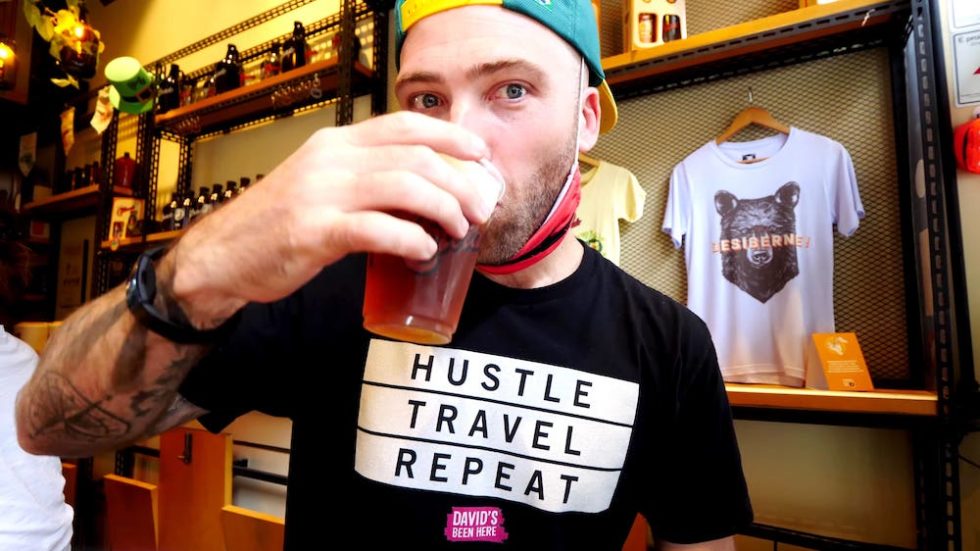 I hope you liked coming with me on my Brazilian steakhouse experience in São Paulo, Brazil! If you did, please give this video a thumbs up and leave a comment below. Also, please subscribe to my YouTube channel and click the notification bell so you don’t miss any of my travel/food adventures around the world!