My night kicked off as my friend Sulmeen from Manaky took me to a secret location in Islamabad to meet with Saman. Saman Ansari is an acclaimed Pakistani actress who has appeared in numerous television series and theatre productions, including some work on Netflix! 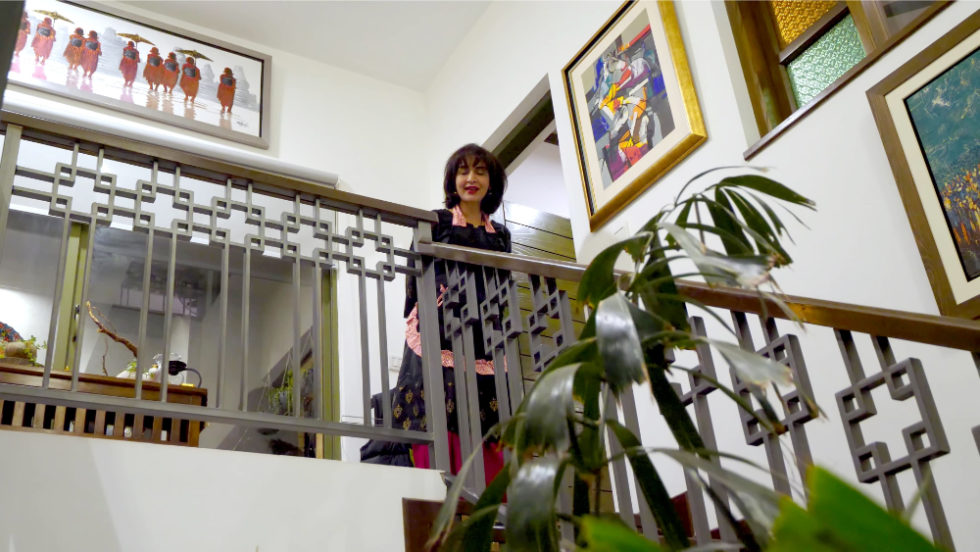 We were greeted at the front gate by Ayesha, Saman’s best friend, who is a fan of my work! Then, inside, I met Saman. She was very kind and I loved the property, which is owned by a Pakistani chef named Nadia who is known as The Kitchen Story! 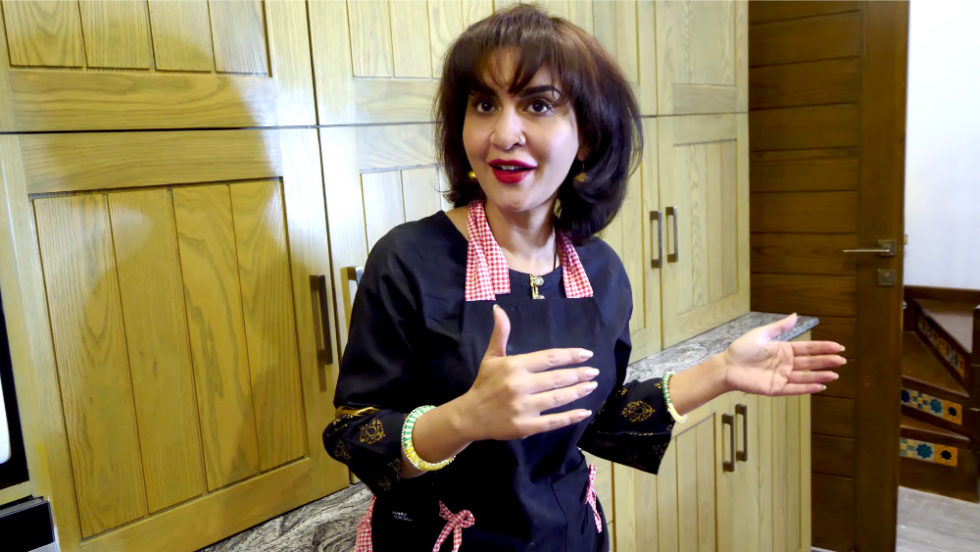 Saman would be making me three dishes in total! The first would be Dum Qeema, a smoked minced beef dish cooked with spices, tenderized with yogurt, and garnished with coriander and ginger. We’d also have Soya Aloo, which is potatoes cooked with dill, garlic, and green chilies. It’s not a traditionally Pakistani dish, but it comes from her father’s family, who came from Uttar Pradesh in India.

Then, she’d make a combination of two types of dal with cumin, red chilies. She also made me some raita, which would help calm down the heat if anything was too spicy! 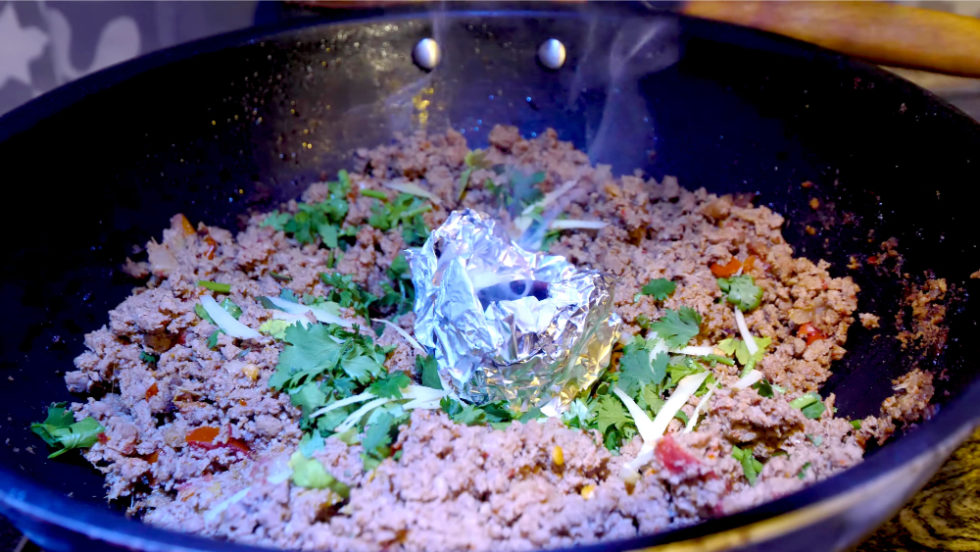 She started making the Dum Qeema in ghee, a type of clarified butter, and added onions and garlic. The meat looked so tasty and juicy! She added yogurt, cracked black pepper, salt, crushed red chilies, cumin powder, and whole coriander seeds to it. It would be super flavorful but not spicy. The yogurt would tenderize the meat and make it smooth. 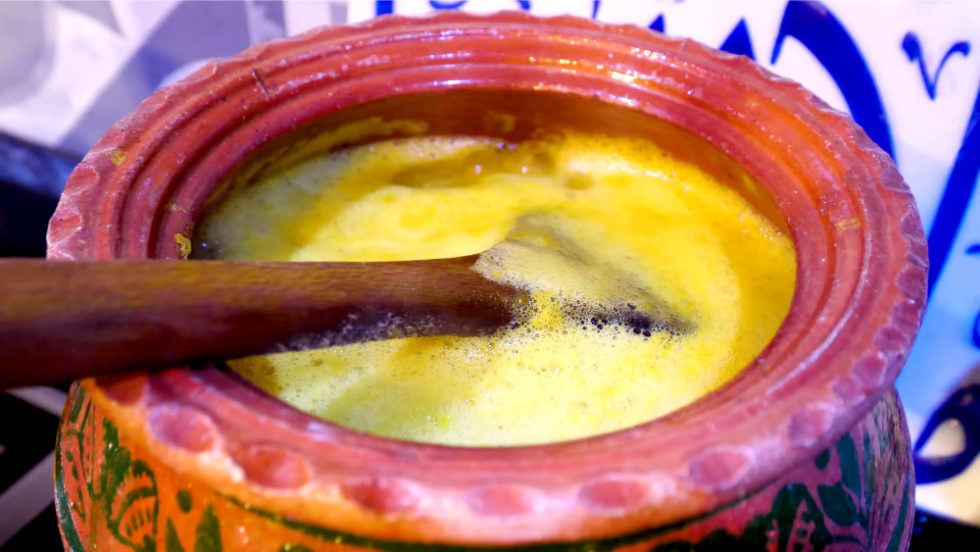 Then, she’d add tomatoes, turn down the heat, and place the lid on. Just before serving, she’d then add a tiny hot pot inside foil to the dish, put a drop of ghee in it, and let the dish smoke with the lid on. 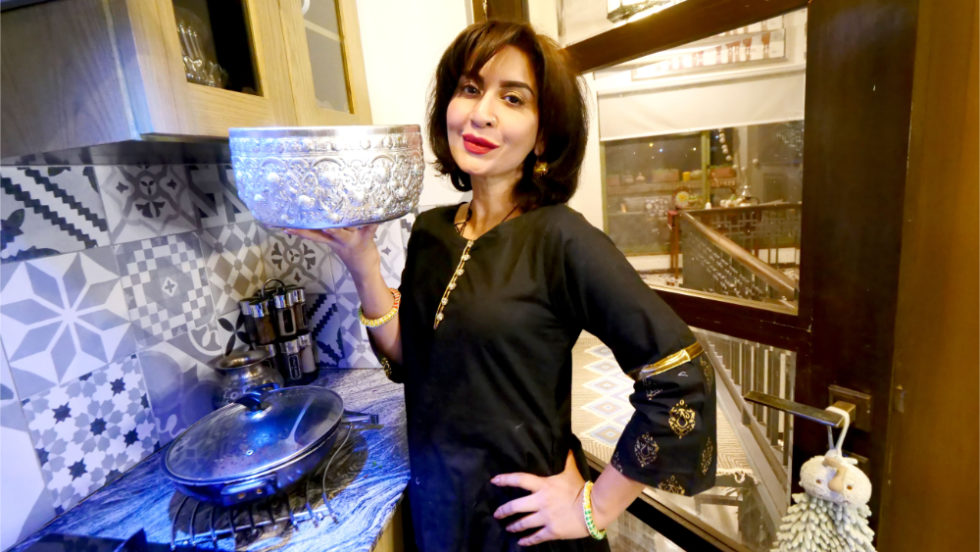 Then, she moved on to the next dish, the Soya Aloo. Saman sliced them using a mandolin. She then added mustard seed oil, which you let smoke first. 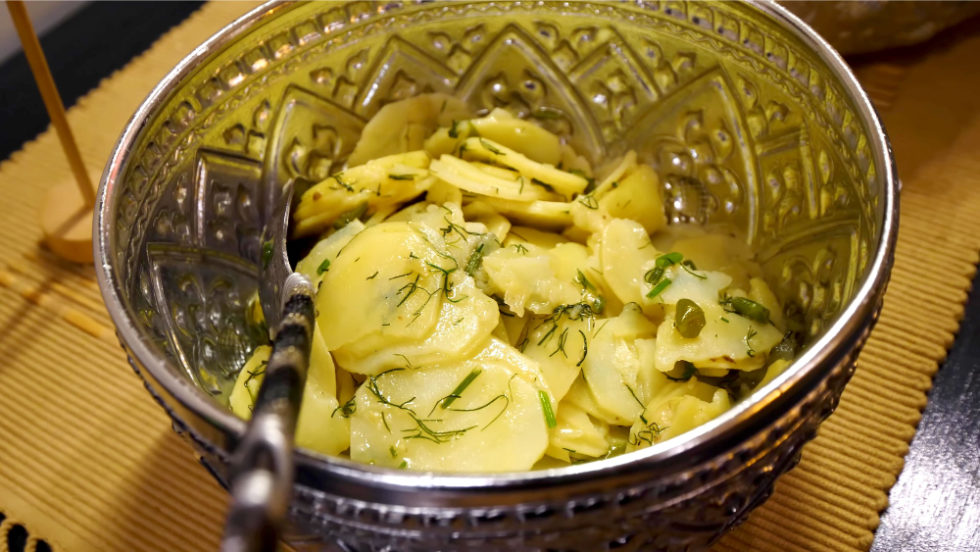 Once it cools, you re-heat it and add the potatoes, green chilies, garlic, and dill (which is also called soya). Next, she thinly sliced some ginger for the garnish for the Dum Qeema and finished up the potatoes.

Once everything was ready, it was time to eat in the dining room. Saman set everything out buffet-style and even labeled each dish for me. I couldn’t wait to dive into everything! Their hospitality meant the world to me! 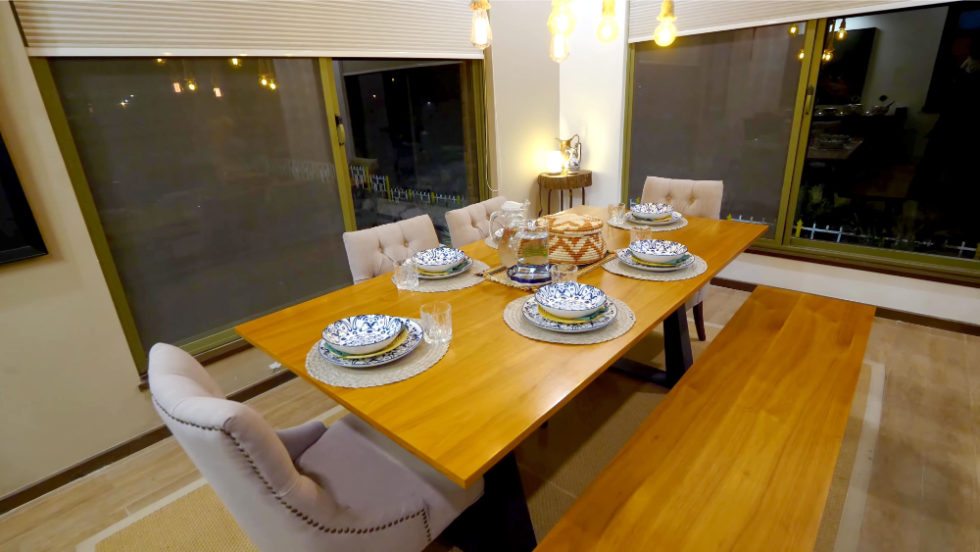 Her Dum Qeema was fantastic! Then, I took some bread and tried the dal, which was also heavenly. The dill on the potatoes was so addicting. The meal was very light but full of flavor. There was also a delicious salad. Mixing everything together was the best, though! 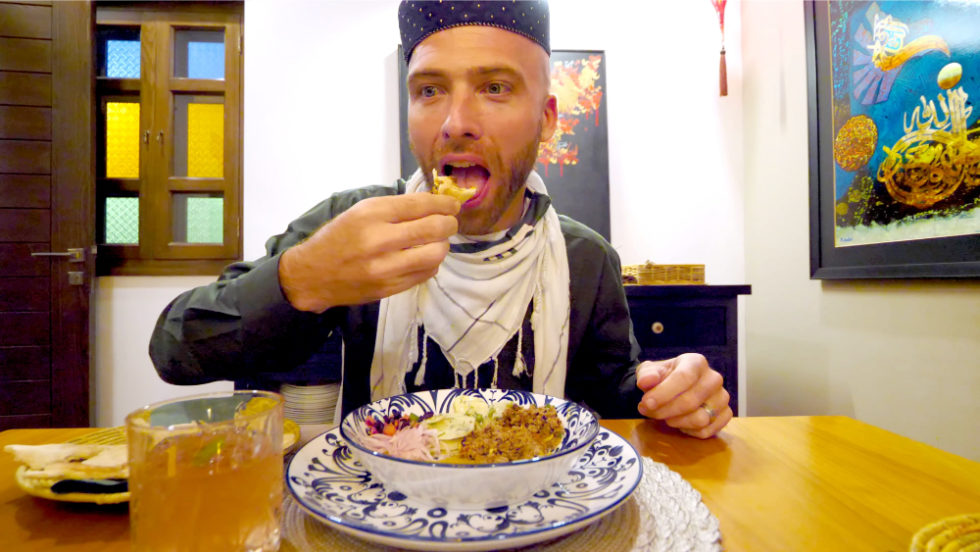 Next, we had a type of lemonade with black salt that contained ice cubes made from mulberry juice, lemon, and peppermint. The fusion of flavors was incredible, and it had a unique texture, too! 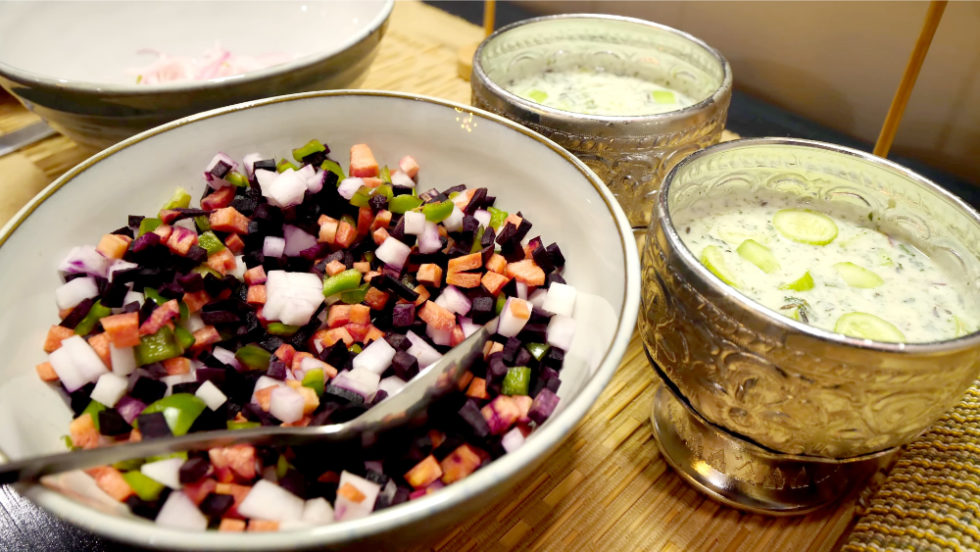 Finally, we finished up with lemongrass tea with honey to cleanse our palates after our meal. It’s used as a digestive and can help ensure a good night’s sleep!

Saman, Sulmeen, Ayesha, Rashid, and I spent the rest of the evening enjoying our tea and each other’s company. The atmosphere was so wonderful and hospitable. Enjoying great food and drinks with amazing people is one of the best ways to get to know them! It was a night I will never forget! 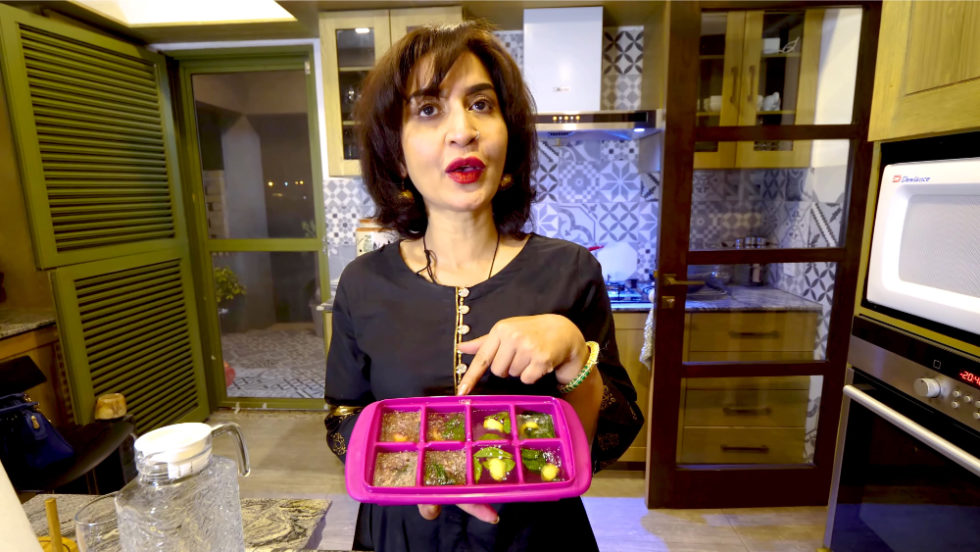 Saman Ansari making me a huge spread of Pakistani food was everything I hoped it would be and so much more. Huge thanks to my friends at Manaky and the one and only Saman Ansari for an unforgettable night! 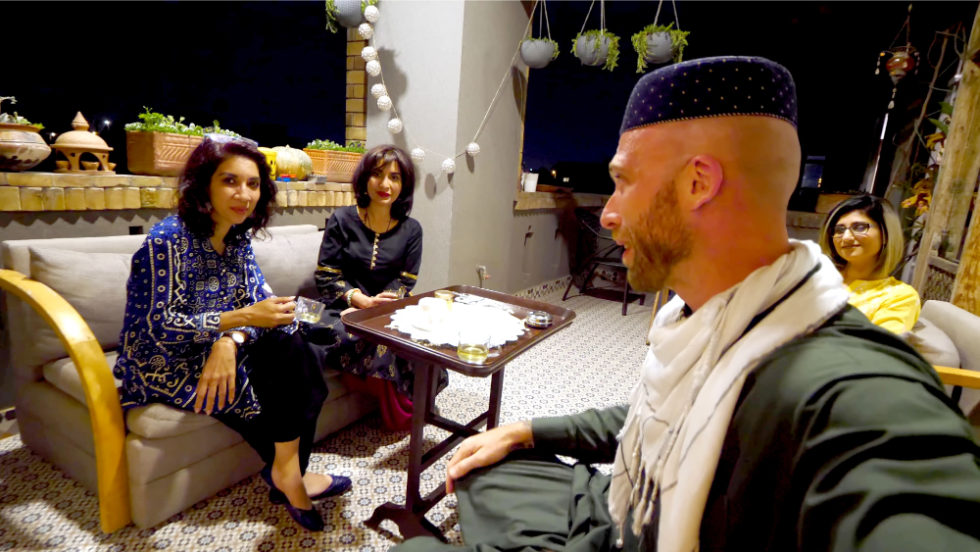 I hope you liked coming with me to meet Saman Ansari for an unforgettable Pakistani food experience in Islamabad! If you did, please give this video a thumbs up and leave a comment below. Also, please subscribe to my YouTube channel and click the notification bell so you don’t miss any of my travel/food adventures around the world!