As I continued exploring the vibrant street food of Lahore, Pakistan, I knew I had to try one of its top local specialties, paya! Join me as I try some exotic street food in Lahore, including paya, and visit some attractions in this beautiful city in Pakistan!

I was so pumped to start this morning with my friends Rashid and Adeel from Manaky. We’d be kicking off our day with paya, which is a savory goat leg stew that’s extremely popular here in Lahore! 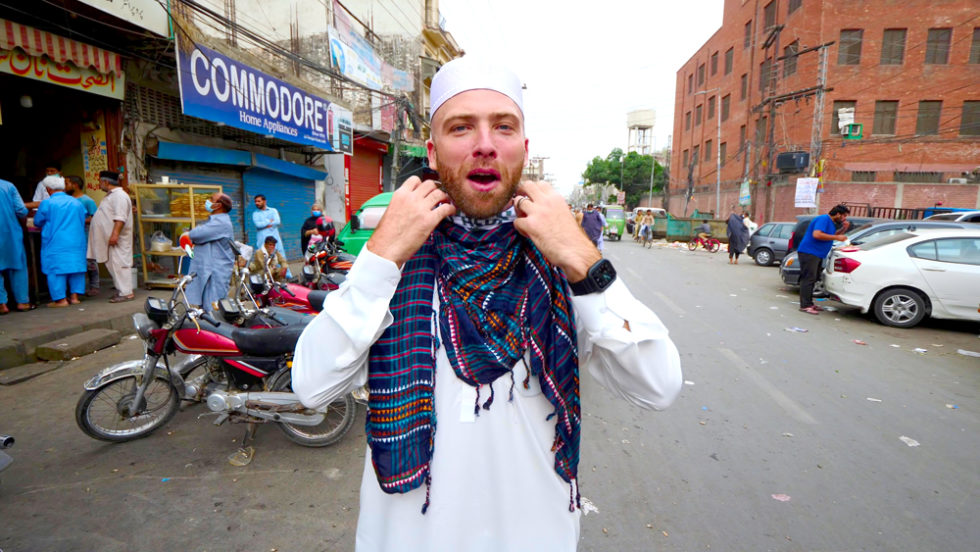 The paya is cooked in massive vats at Al-Sahat Corner on Temple Road. You place your order, and they add the goat legs and the broth, and then you take it to eat it outside. It also contains the meat and some brains as well! I love organ meat, so I couldn’t wait to dive in! 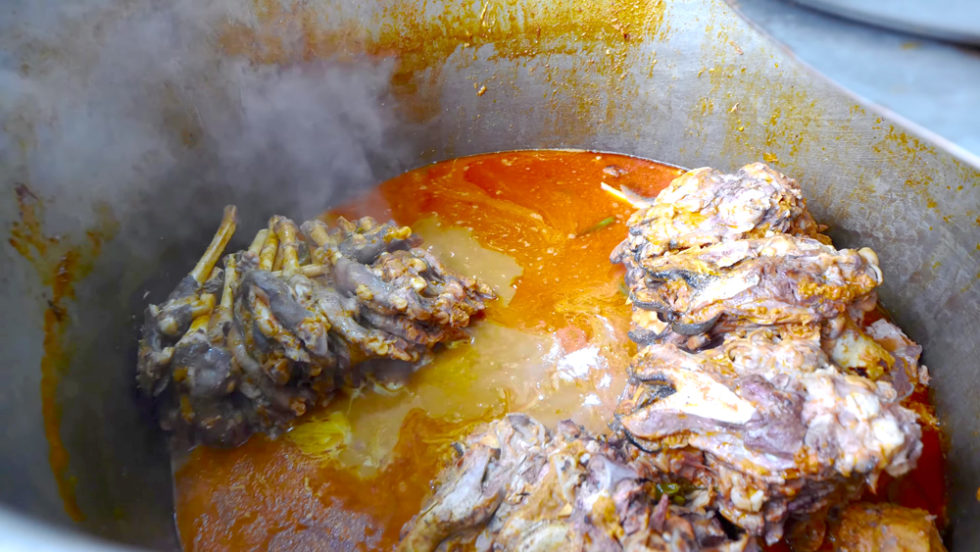 We took our paya outside and set it up on the trunk of our car to dig in! It looked so rich and meaty. I knew there would be a lot of flavor because of the whole bones down in the broth!

You take a bit of naan, tear some of the meat and fat off of the bone, and go to town on it. The meat was so fatty and gelatinous. I had been waiting to eat this dish from the beginning of my trip and it did not disappoint! 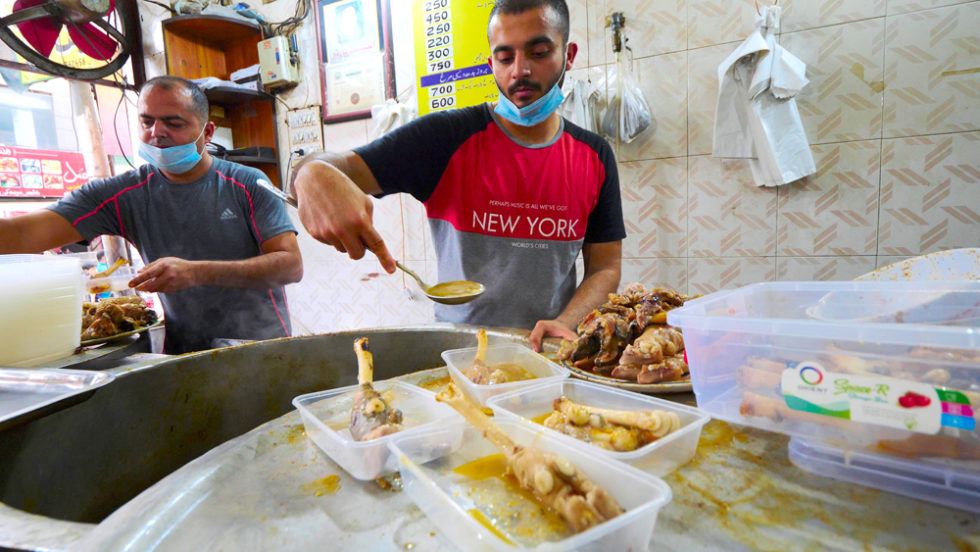 The dish contained a lot of small bones, so you have to be careful. I’m not usually a big fan of animal feet, but this was unbelievably tasty. 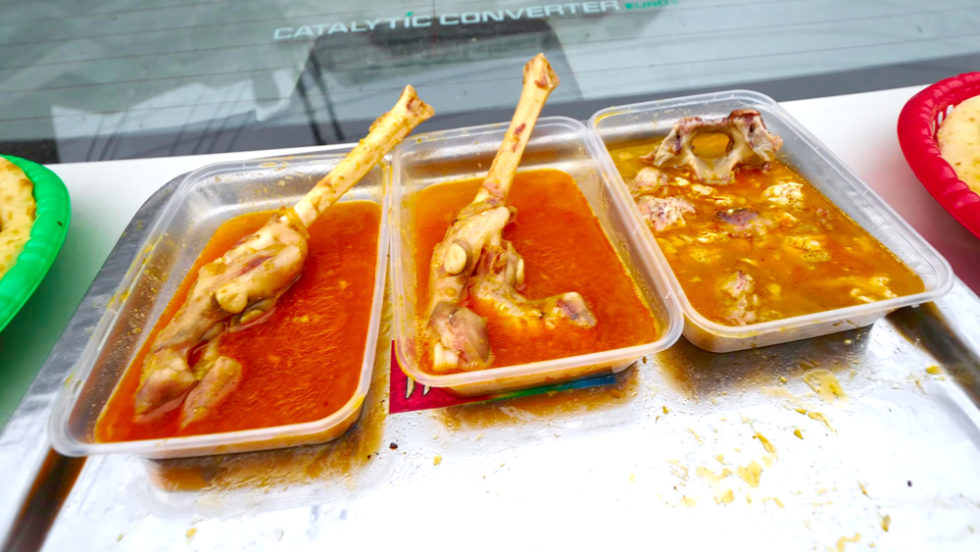 The meat was super tender, which felt like a by-product of it being cooked for a long period of time. It also wasn’t too spicy. I absolutely loved the gravy it came down in, which was full of meaty flavor. 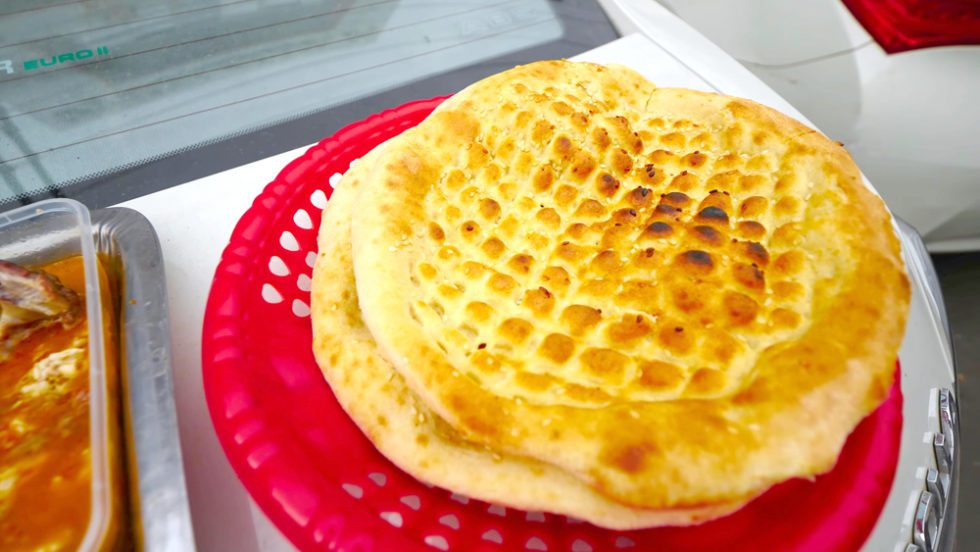 Then, I went for the brains, which were in a separate container with the paya broth. I liked the brains even better than the feet! I’ve always loved eating brains and these did not disappoint at all. They were buttery, creamy, and spongy, exactly the way I like them! 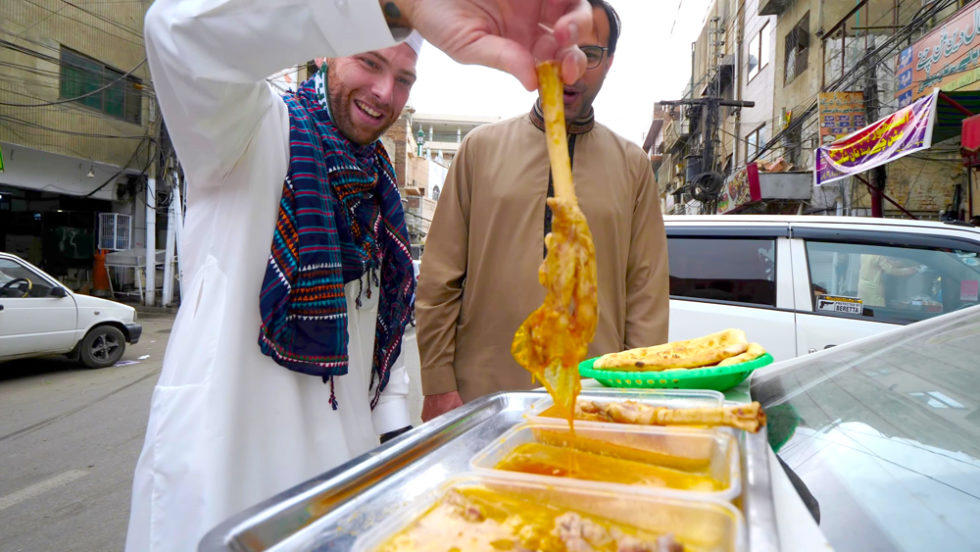 Of course, organ meat, especially brains, isn’t everyone’s thing. You should definitely be into eating organ meat to really enjoy this dish. Luckily, I absolutely love organ meat, from liver to kidneys to intestines, so this was heavenly for me! 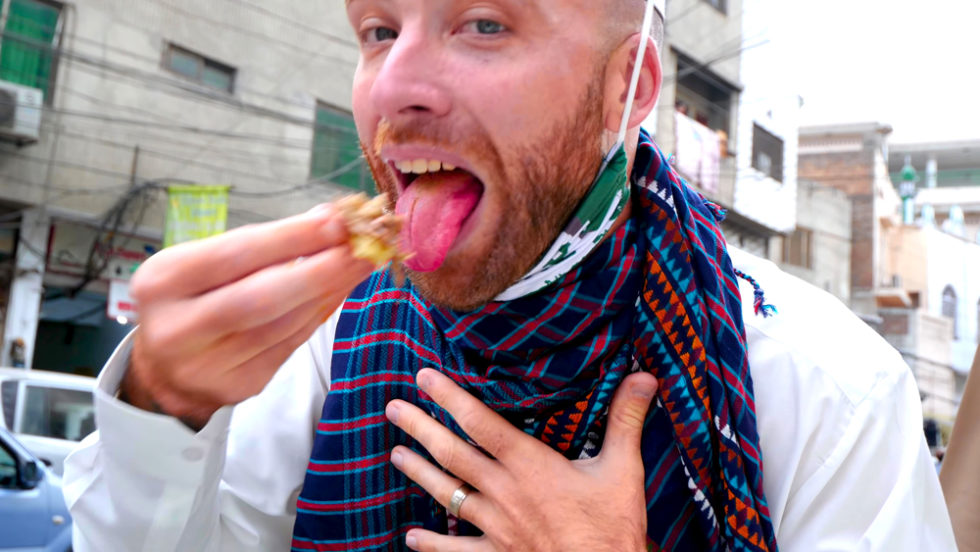 After devouring the rest of the naan and paya, we finished up our meal with some thick Punjabi lassi. I’d first had Punjabi lassi across the Pakistan-India border in the city of Amritsar back in 2018. This one wasn’t quite as chunky and buttery, but it was creamy and refreshing. It was a great way to wash down the heavy, exotic paya! 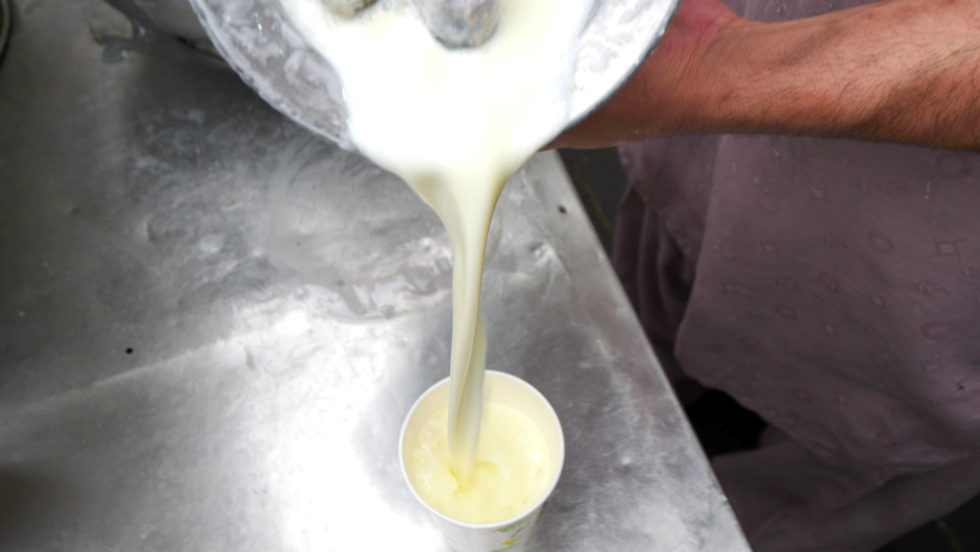 Then, as it started raining, we continued our exotic street food tour after our paya with some halwa puri in Lahore, Pakistan. This is the most traditional breakfast in Pakistan. I’d eaten some in every city so far. 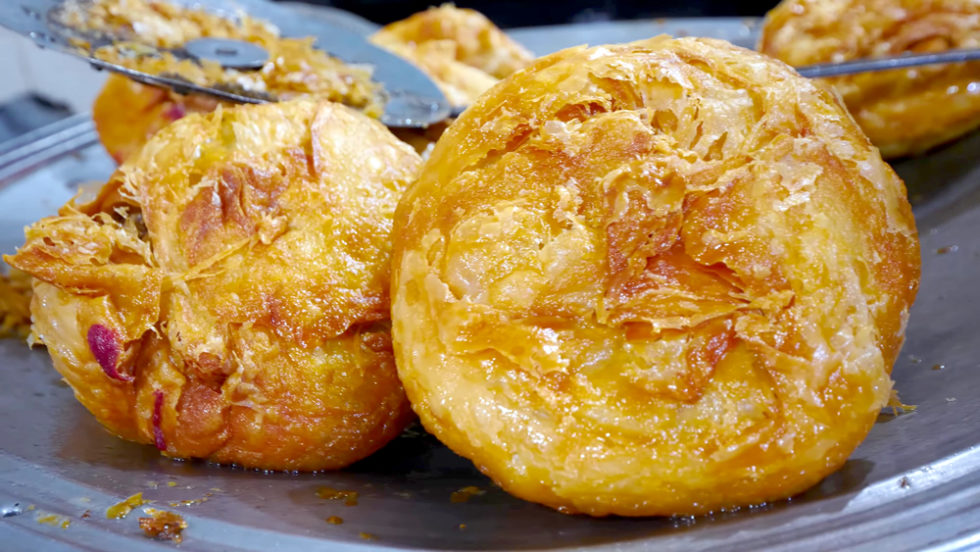 They also sold mutton kachori and chicken kachori, which are big, flaky biscuits stuffed with meat. I was already feeling really full from the paya and lassi, but there was no way I was going to turn down a new dish or my favorite local sweet, halwa! 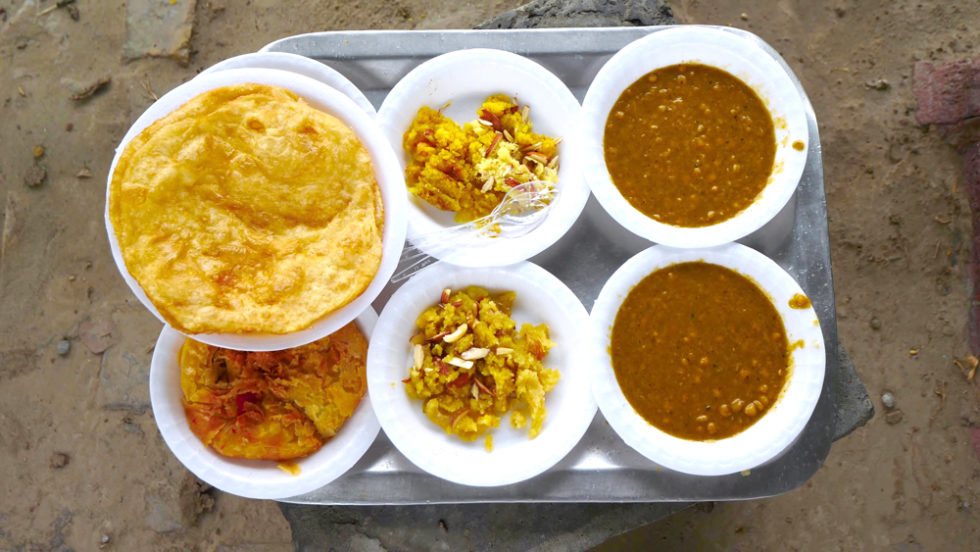 Because of COVID, we couldn’t eat inside and the rain would make it hard to eat outside. So we went across the street to eat our chana, halwas, puri, and mutton kachori under the overpass. It was an odd and unique makeshift dining area for us, but it worked pretty well! 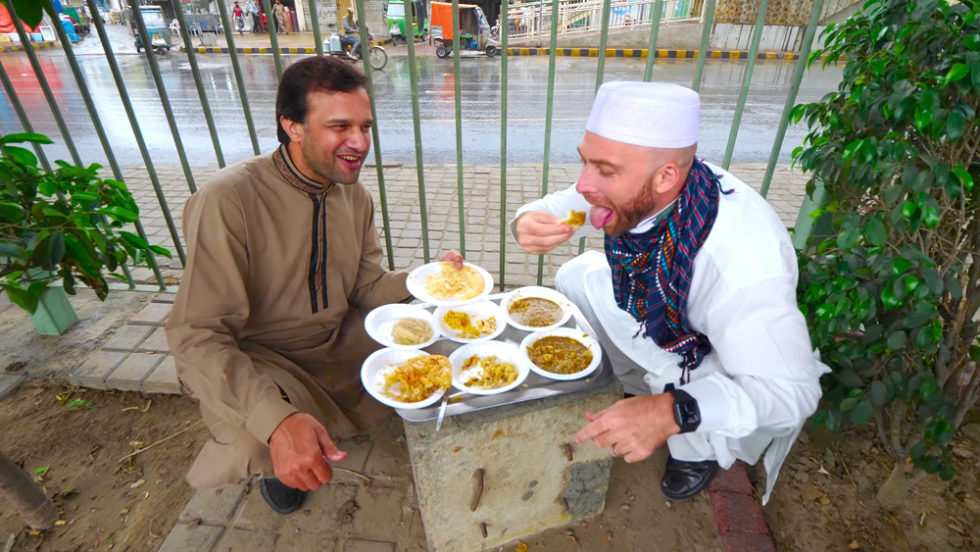 The mutton kachori was flaky and crispy and reminded me of a Cuban empanada, which is something I eat a lot of at home in Miami. I also liked the saffron halwa with the puri a lot. It was nutty, sweet, and oily, with a nice amount of saffron flavor. 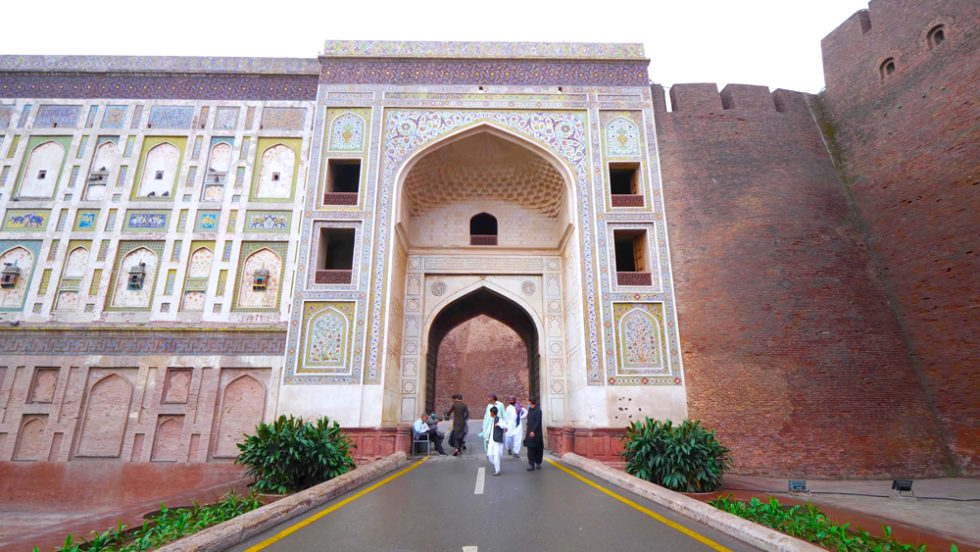 After eating, we drove to Lahore Fort, a 16th-century fort built by Mughal Emperor Akbar I. We got to see the beautiful picture wall outside, which is full of colorful and intricate designs. Further inside the gate are 58 extremely wide steps called the Elephant Steps. 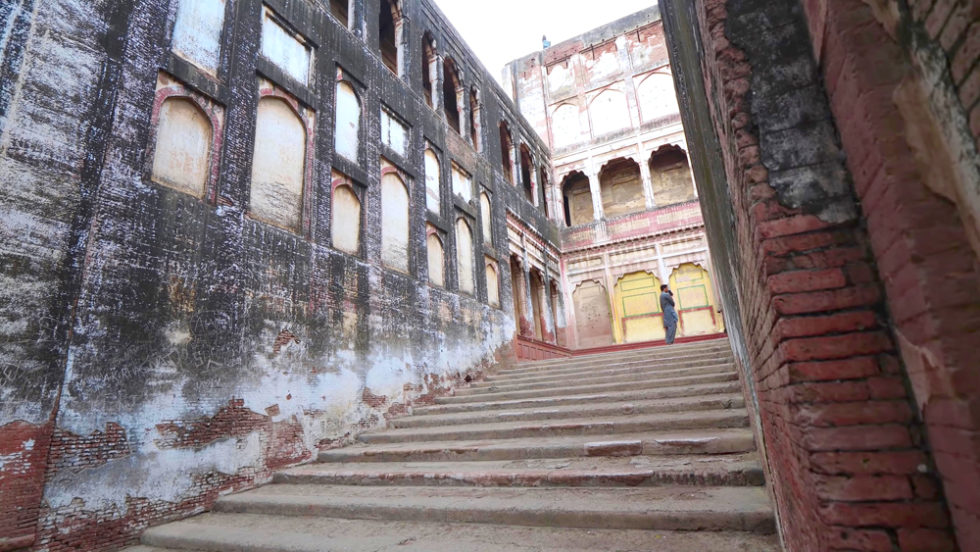 Above them are the balconies where slave girls would greet the emperor as he arrived and toss rose petals on him. The entire site is gorgeous! A lot of the architecture there reminded me of structures I’d seen a couple of years earlier during my trip to Uzbekistan. 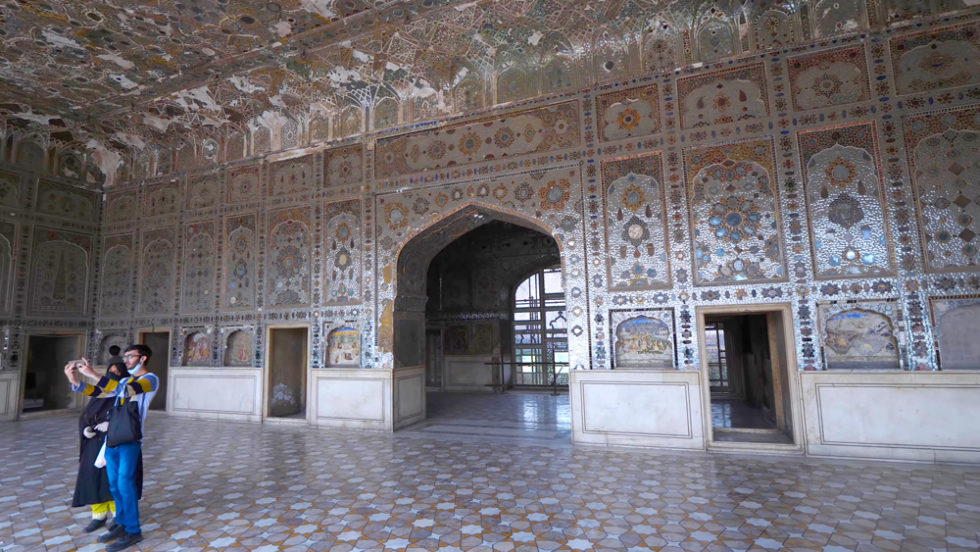 The Mughal Empire was massive and spanned from present-day India to Afghanistan to Uzbekistan. That’s why the historical architecture there is so similar.

Lahore Fort was made of lots of red sandstone and reminded me of the forts I visited in Jaipur, India. Then, we visited the Mirror Palace, the inside walls and ceiling of which is covered in pieces of glass. It was built in 1632 as a gift from the emperor to his wife, who wanted to see the stars. 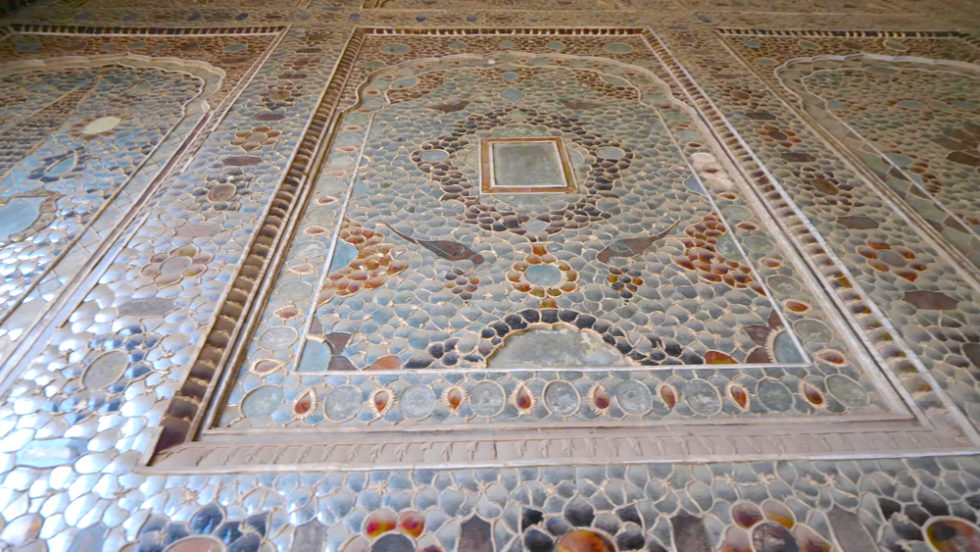 The inside of the fort is also stunning. It hasn’t been restored but it’s incredible that it’s over 400 years old. A two-minute walk from the fort is the Royal Mosque. It’s made up of gardens, a massive courtyard, and several buildings. It’s the 6th-largest mosque in the world! 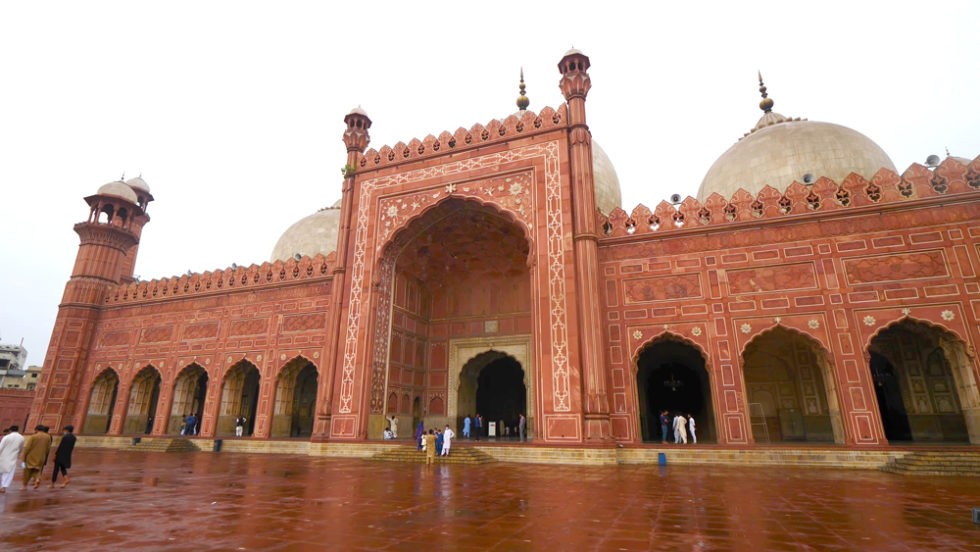 I took off my shoes, which is something you must do when you visit a mosque. The mosque and its grounds are quite expansive, so I could understand how 100,000 people pray there. It’s made entirely of red sandstone and has 4 minarets and 3 domes. 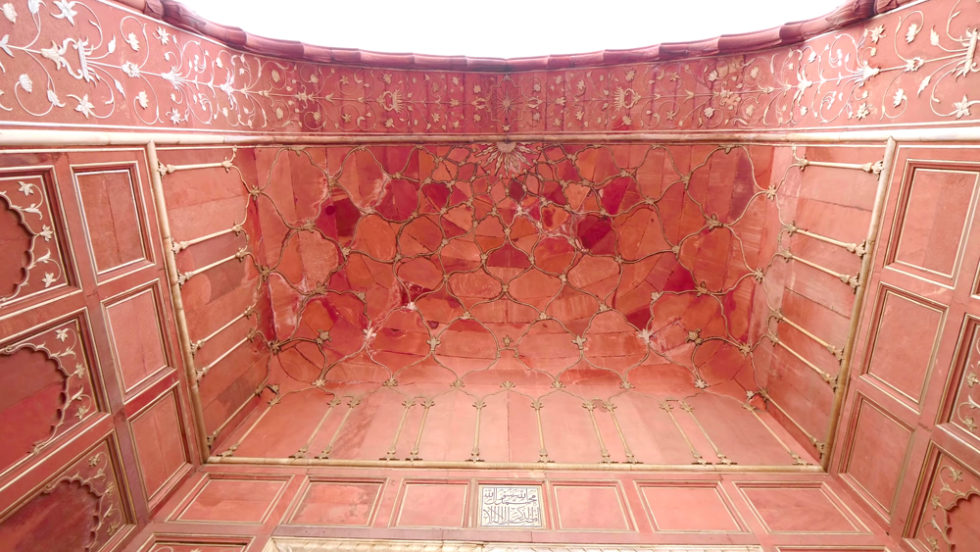 Then, we saw Pakistan Minar, which marks the spot where Pakistan started with the passing of the resolution 81 years ago. You can’t go inside, as it’s surrounded by barbed wire. But just seeing the birthplace of this nation was a fantastic way to end my exotic street food tour of paya, halwa puri, and more in Lahore, Pakistan! 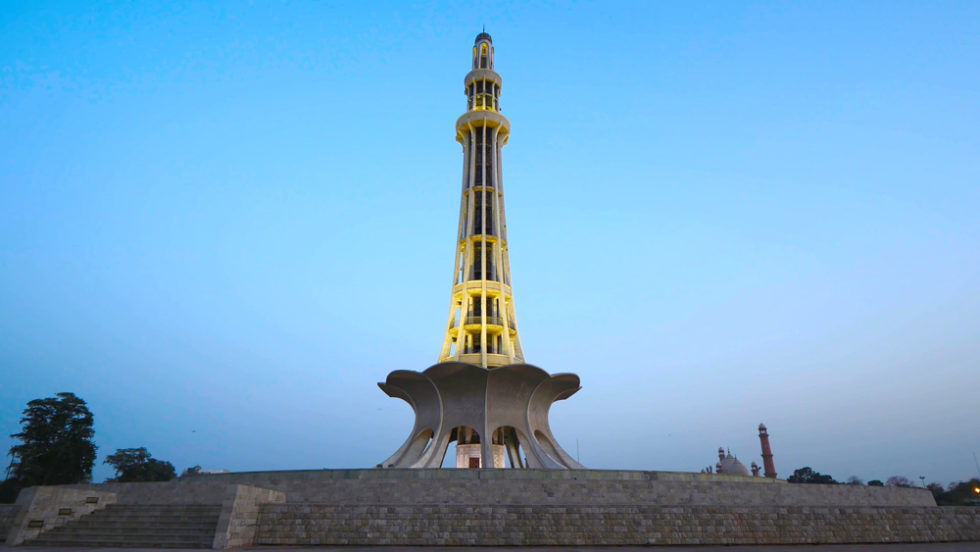 I hope you liked coming with me on my exotic street food tour of paya, halwa puri, and more in Lahore, Pakistan! If you did, please give this video a thumbs up and leave a comment below. Also, please subscribe to my YouTube channel and click the notification bell so you don’t miss any of my travel/food adventures around the world!