After an eventful day at Browns-Mountain in Suriname, I headed back to the capital of Paramaribo to begin the next leg of my Surinamese adventure. Join us as we make the journey from Brownsweg to Paramaribo and enjoy an amazing Surinamese Indian food dinner! 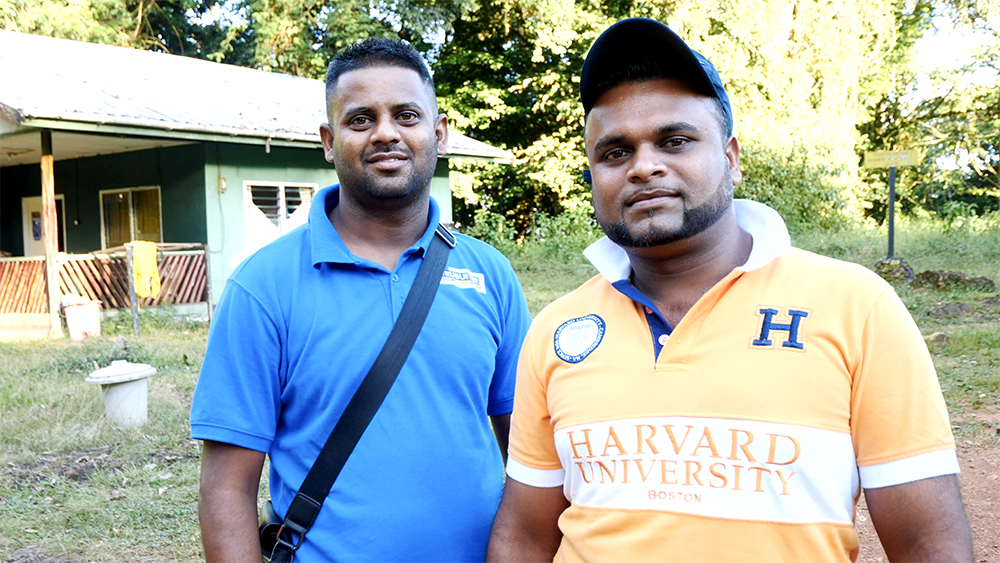 My friend Imro from Jenny Tours and I started the latest leg of our adventure atop Browns-Mountain, the 500-meter-high mountain near the town of Brownsweg. We had quite a bit to do before our drivers could finally take us back to Paramaribo, so it would take several hours. We had to take a crazy, cracked and muddy road to leave the area. There were so many mud holes treacherous areas and we still had at least 2 or 3 hours left in our journey.

We almost got stuck so many times, but after an hour and four minutes, we reached the paved road. We changed our plans and decided to head straight to Paramaribo instead of the additional stops we’d initially planned. We stopped at a store, where I was able to buy some local insect repellent since I was out of OFF! Deep Woods. 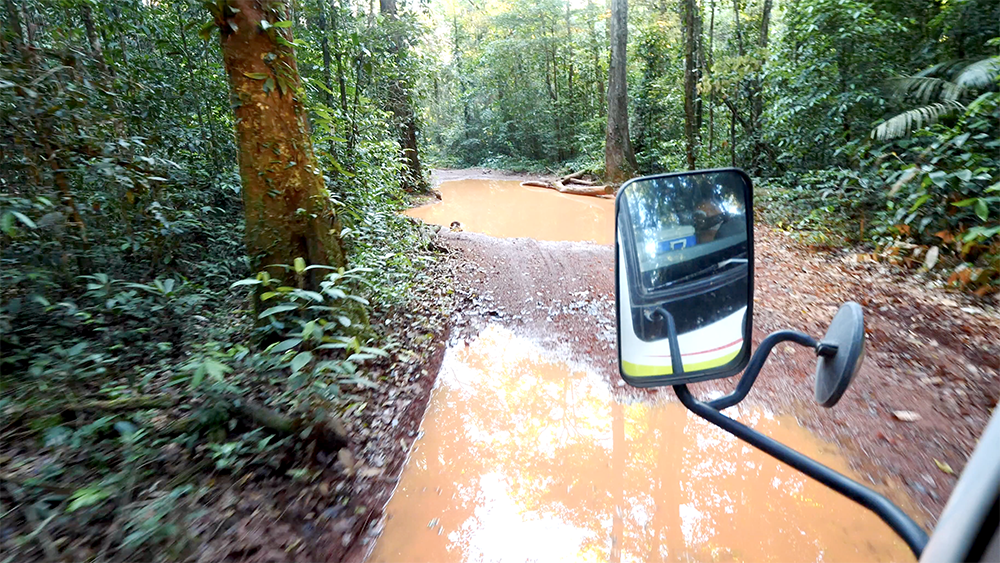 We had a 90-minute drive ahead of us. I was starting to see restaurants with 10 minutes left and I was getting hungry! I loved my experiences in Brownsweg and Isadao Island in the interior of the country, and I was heading to another location deep within Suriname the next day. We stopped at the Downtown Oasis, the guesthouse I stayed at earlier in my trip, but they were full for the night, so I got a room at the Guesthouse Kiwi instead for $20 for the night. 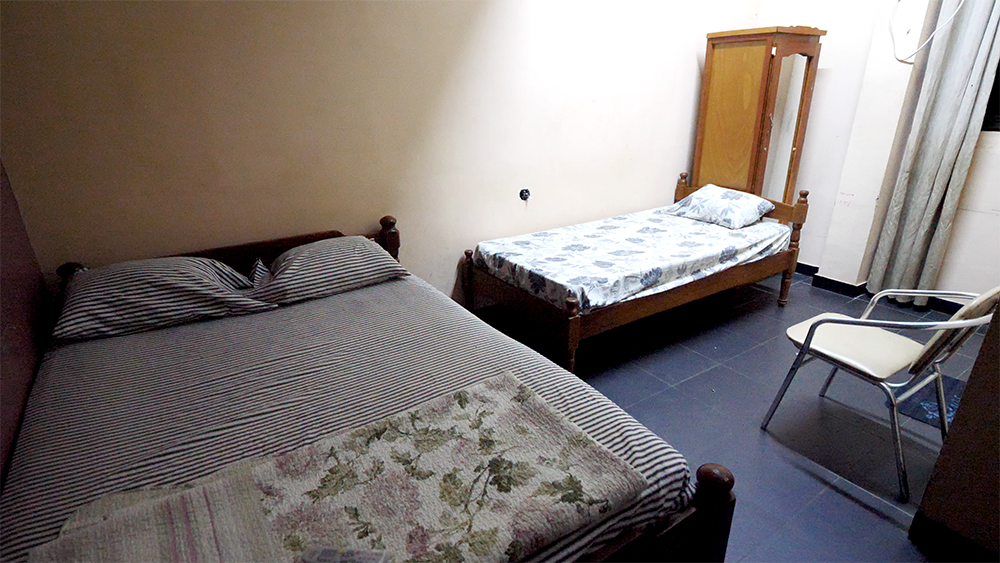 My boy Imro carried my bags up the stairs to my room, which was very standard. But I was starving and couldn’t wait to eat! From there, we headed out to the Roopram Restaurant to get some Surinamese Indian food. We ordered a huge spread of Surinamese Indian food, including two different rotis, vada, shrimp curry, an egg, tomato chutney, aloo, liver, green beans, duck, sheep, and liver with kidneys.

The roti was gigantic! I tore a piece and dove into the liver and kidneys, which was outstanding. I loved the dry gravy. The aloo was also nice and al dente. There was a spicy chutney next to it , which was super hot. The duck was also amazing, and the shrimp curry blew my mind! It was out of control! The flavors and spices were amazing and I loved the textures. This meal was like a non-veg thali! Surinamese Indian food is out of this world! 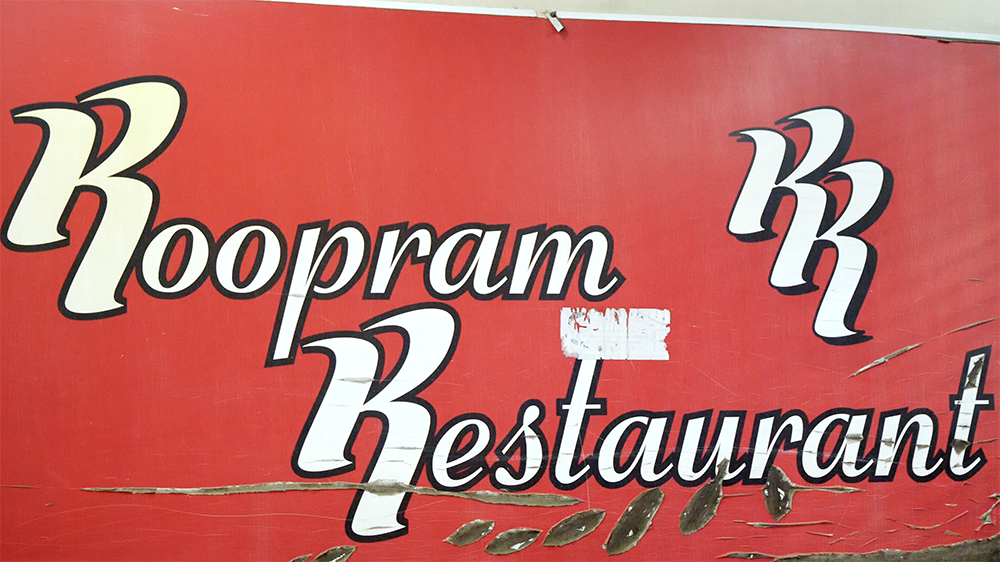 Next, I dove into the vada, which is usually like a potato fritter, but this one was made of flour. I tried it with the spicy, red chutney, which was crazy hot. The green beans were also really tasty. 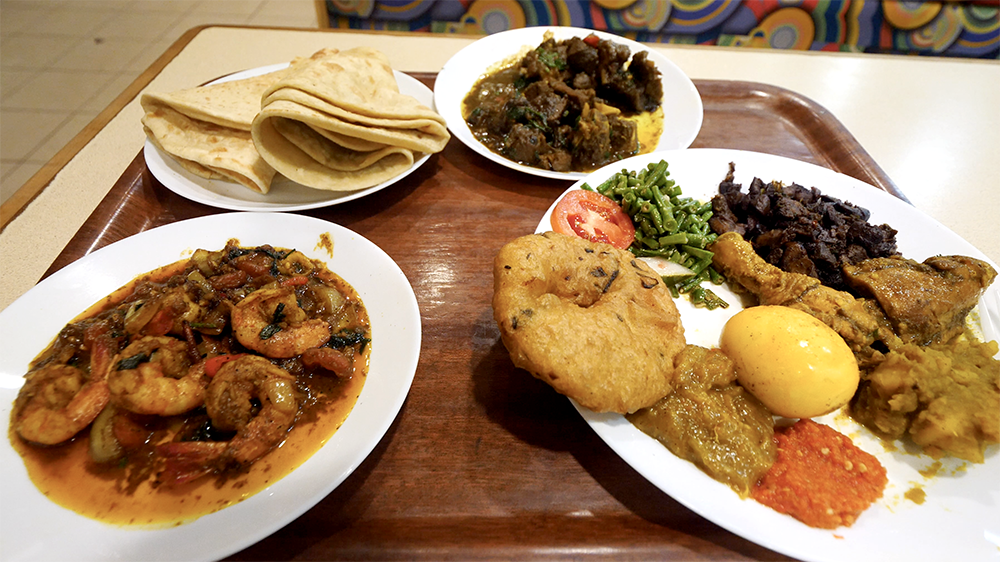 After a sip of water, I went back to the shrimp curry and liver. Everything was so fresh! The duck had more bones than the sheep, which was really good. The sheep was more gamy. I loved the gravy that came with it, and I was loving eating with my hands. You have to try Surinamese Indian food when you come to Suriname. It’s part of the heritage.

Then I tried the vada with mango chutney, which was ridiculously good. It was sweet and fruity. I mixed it with the cayenne chutney, which is way too hot. This was my favorite meal in Suriname so far! 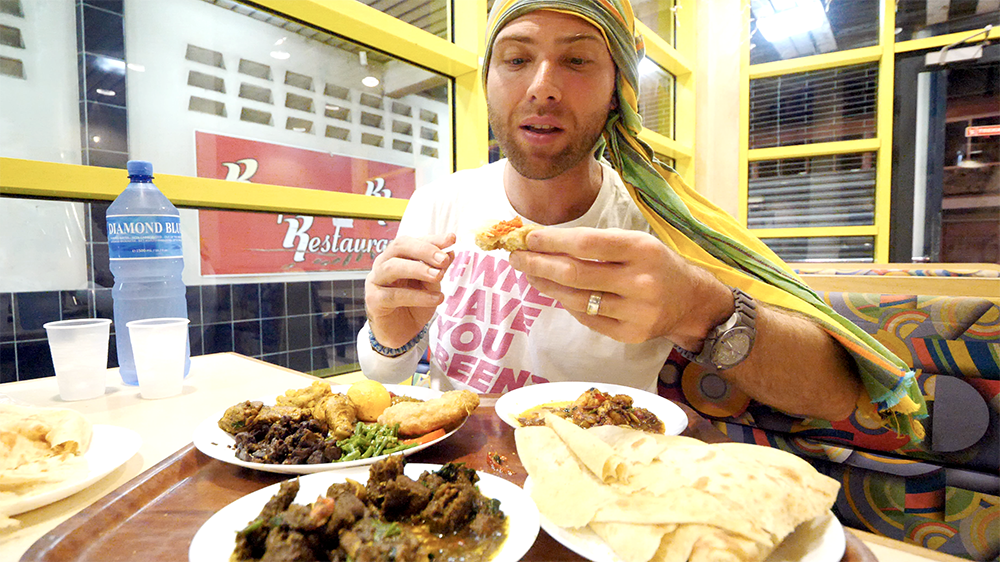 Then I went with the chicken curry, which was super fresh and spicy. Then I grabbed some of the duck sauce in the roti, which was freaking insane! I could not get enough of this Surinamese Indian food! 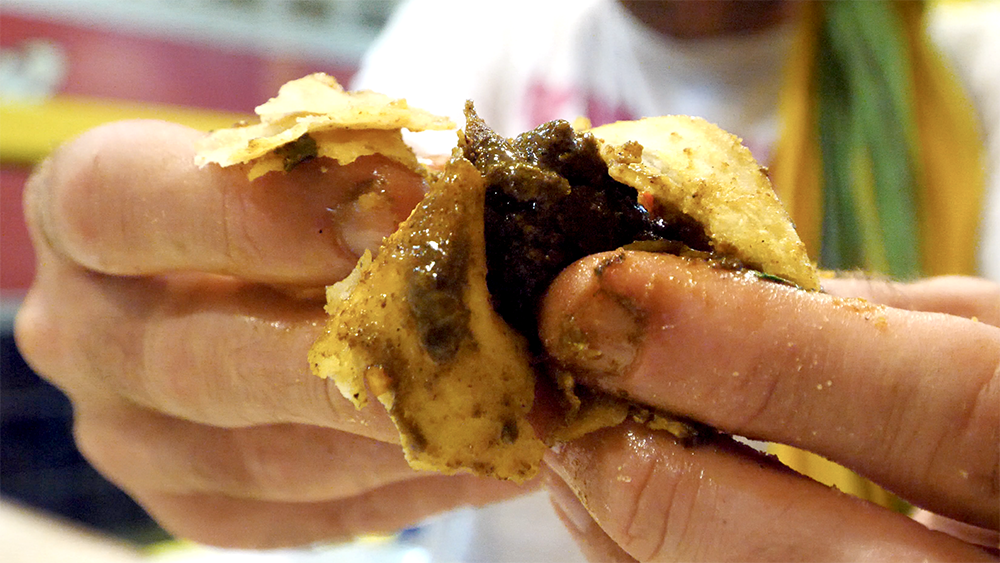 I hope you enjoyed coming with me on my trip from Brownsweg and my Surinamese Indian food dinner! If you did, please give it a thumbs up and leave a comment below. Also, please subscribe to my YouTube channel so you don’t miss any of my upcoming travel/food adventures!