After arriving in Tashkent, I hit the ground running to explore as much of the city as I could. Come along with me as I try the ultimate Uzbekistan street food, tandoori somsas, and check out some of the local attractions! 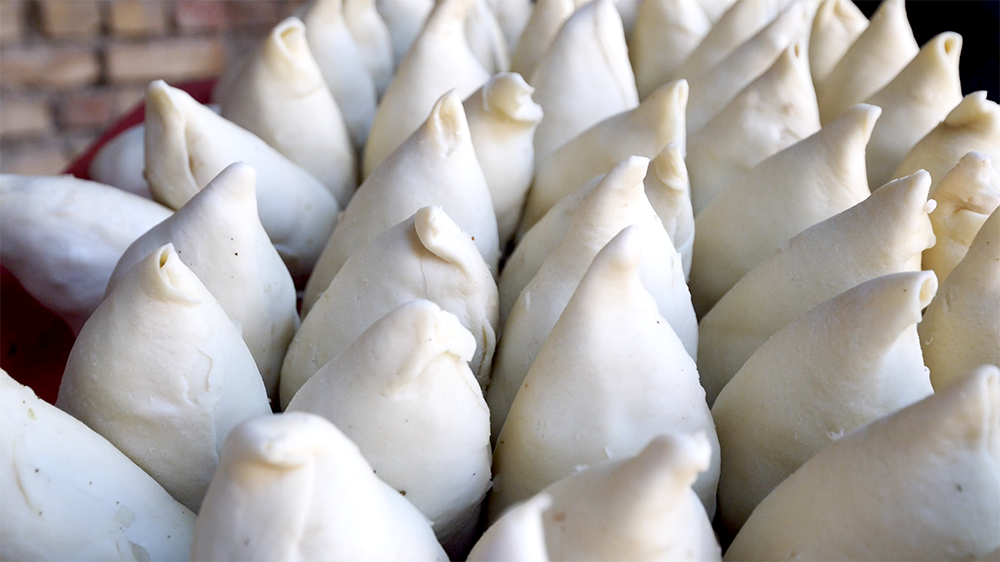 My first Uzbek adventure began at Minor Somsa Restaurant with my guide, Bobur (or Bob), who would be showing me around. Minor Somsa is one of the best places in town to eat somsas. They’re similar to an empanada or an Indian samosa. 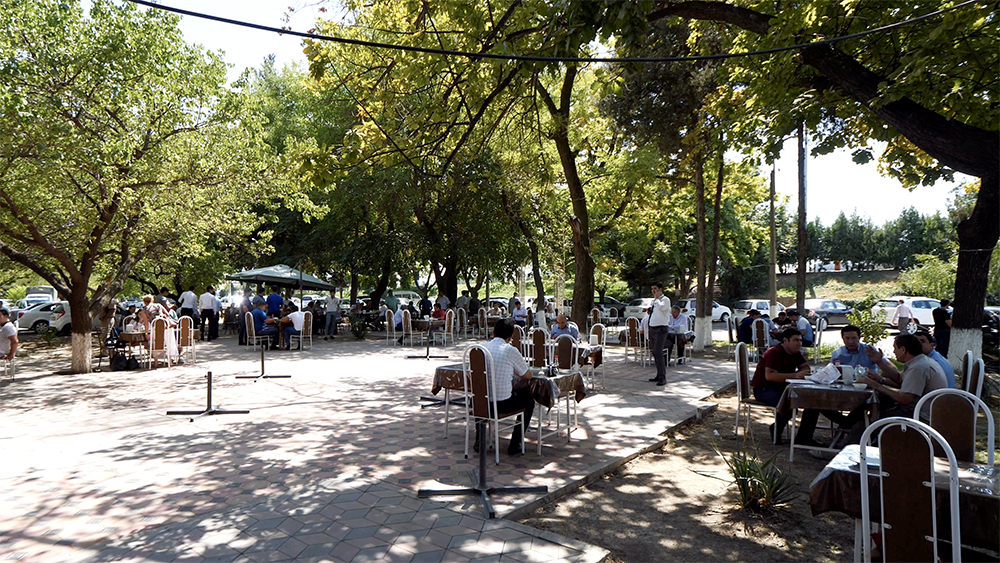 The restaurant was packed. It was open-air and had lots of seating on the outdoor terrace. I was the only foreigner there! 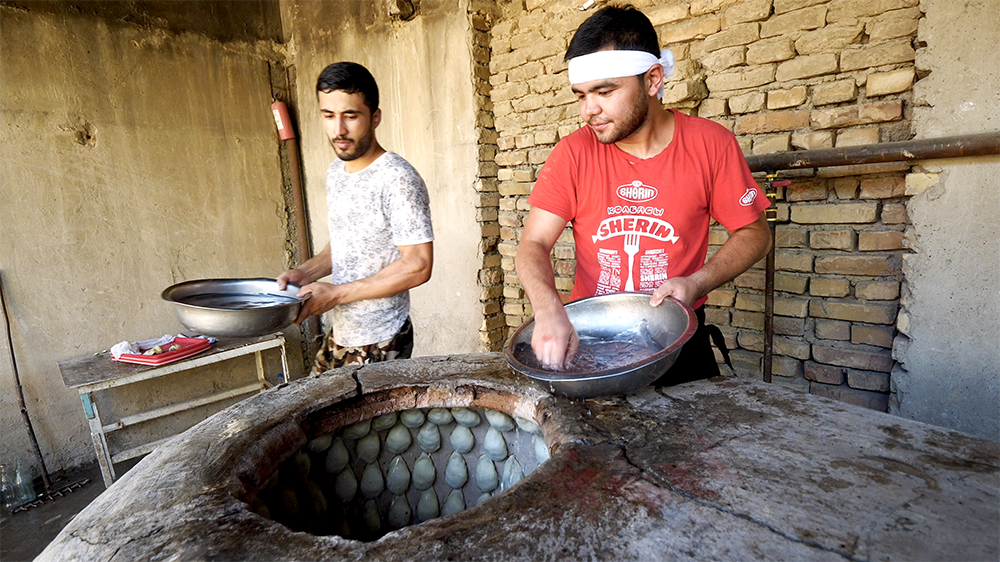 There were four tandoor ovens, where they stick the uncooked beef somsas around the inside wall of the oven. Once they’re inside, they fire them up and toss water inside. After they’ve cooked, they use a tool to scrape the somsas off the inside. The ovens are about 300 degrees inside. It’s super hot standing next to them!

I was losing my voice because of the dry air, but I couldn’t wait to eat. I had to let the somsas cool down because they were boiling hot. Bob served us some green tea after we took our seats. 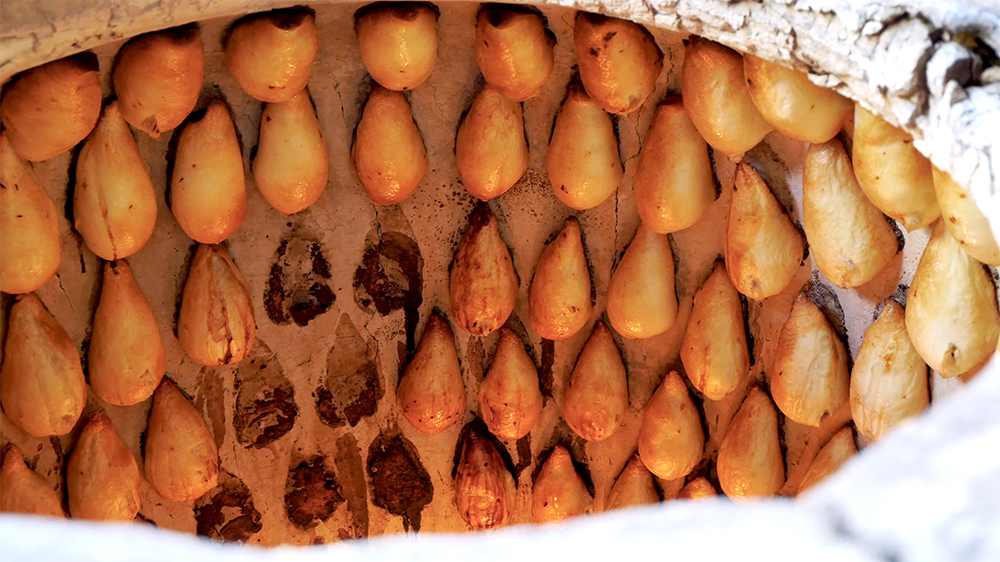 I kicked off my ultimate Uzbekistan street food tour with a bit of the somsa. It was unbelievable! The minced meat inside was tender, juicy, and delicious. I tasted lots of incredible spices and the dough was nice and flaky. There were also onions inside! I added some tomato sauce, which made it even better! 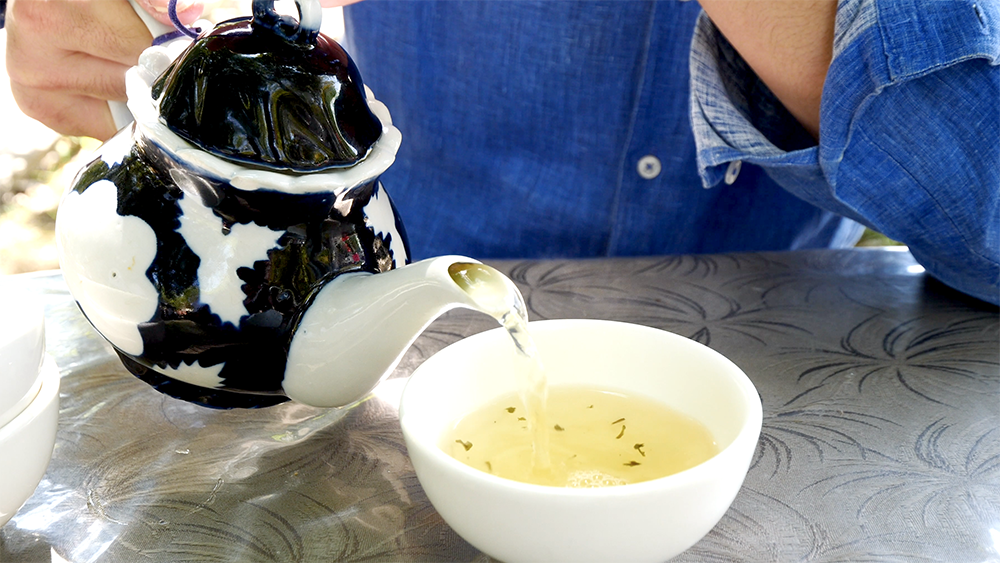 Then I tried the traditional green tea, which was very light. It’s healthier than other types of tea and was really delicious. 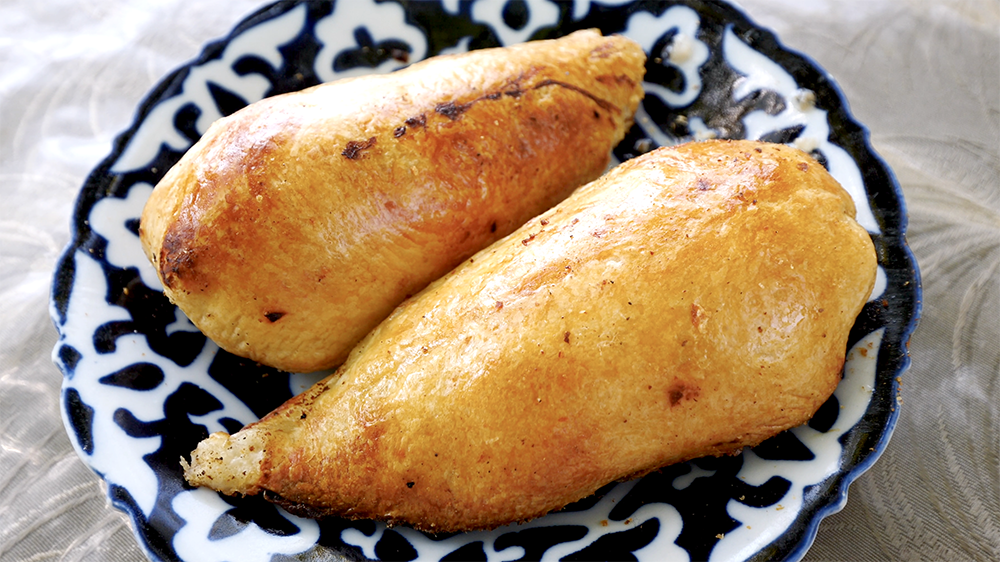 My ultimate Uzbekistan street food tour continued as I dove into the second somsa. It’s different from Indian samosas, which usually contain peas, lentils, or potatoes. I couldn’t get enough of the dough. It was the perfect, tasty snack. It cost only $0.30 USD for one somsa! Eating good food like this is a true experience. 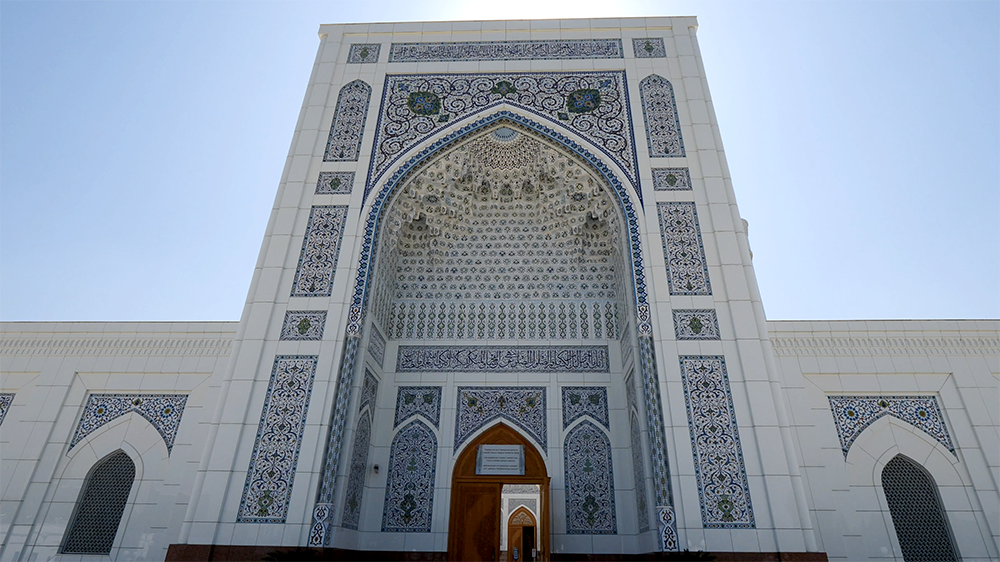 Then, we arrived at the Minor Mosque of Tashkent, the main mosque in the city. It’s relatively new at 4-5 years old. It had some beautiful blue, hand-painted tiles on it. The mosque has two minarets, a fountain, and two stunning, hand-crafted doors. The designs on them are gorgeous!

Check out the Things to Do in the Dead Sea, Jordan

From there, we headed out to eat more traditional Uzbek food! On the way, I marveled at the Soviet-style buildings and wide streets. There were also lots of trees. The Silk Road went through Tashkent, so Chinese and Indian people came through here. Those influences can be tasted in the noodles at Lagman House! 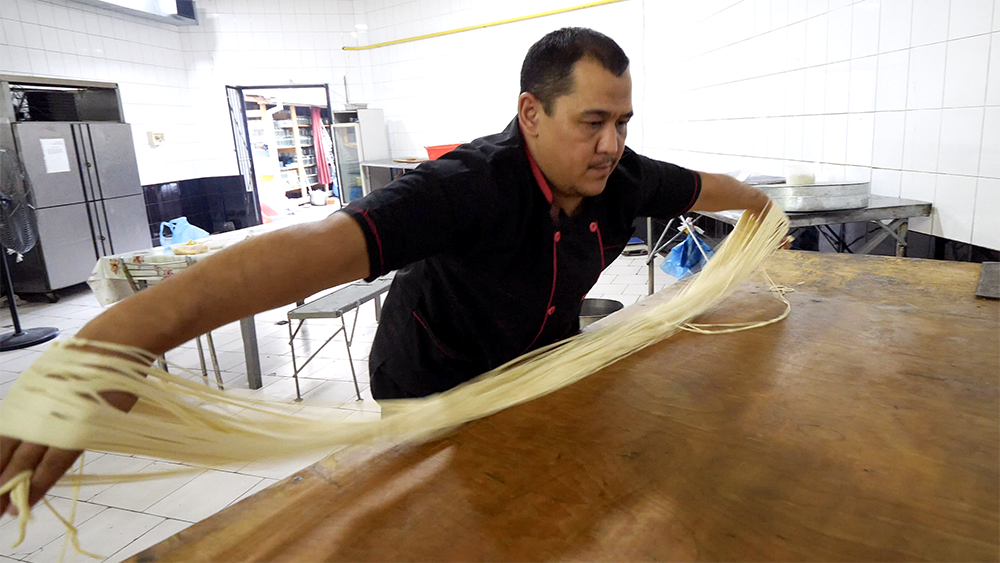 Inside, I watched them prepare the noodles. At our table, we had some amazing fruit juice, which was like a mix of peach and apple! 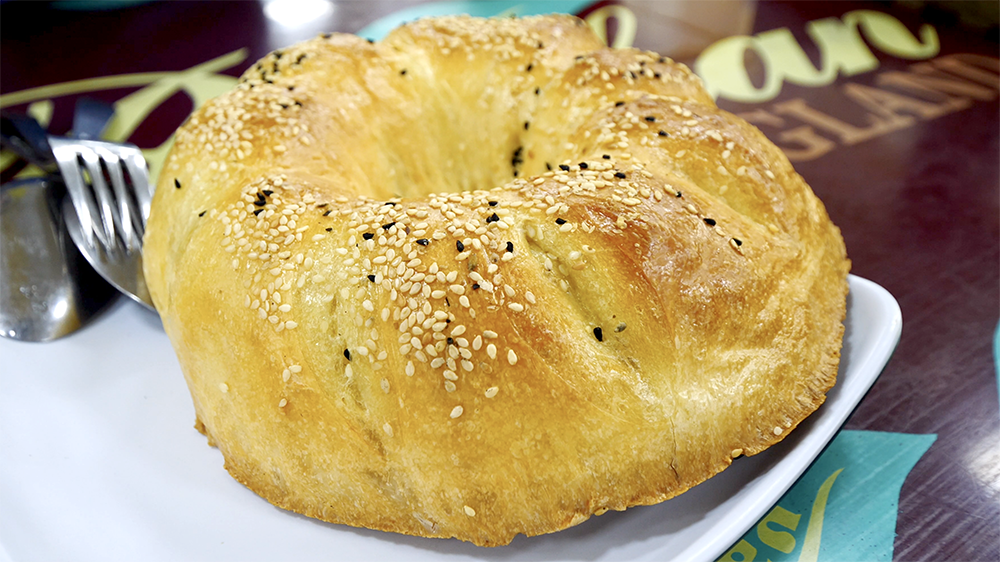 Then, we had some of the national bread, which was soft and fresh like the crust of a pizza! I loved how fluffy and airy it was. It tasted great with the chili oil! My ultimate Uzbekistan street food tour was off the charts so far! 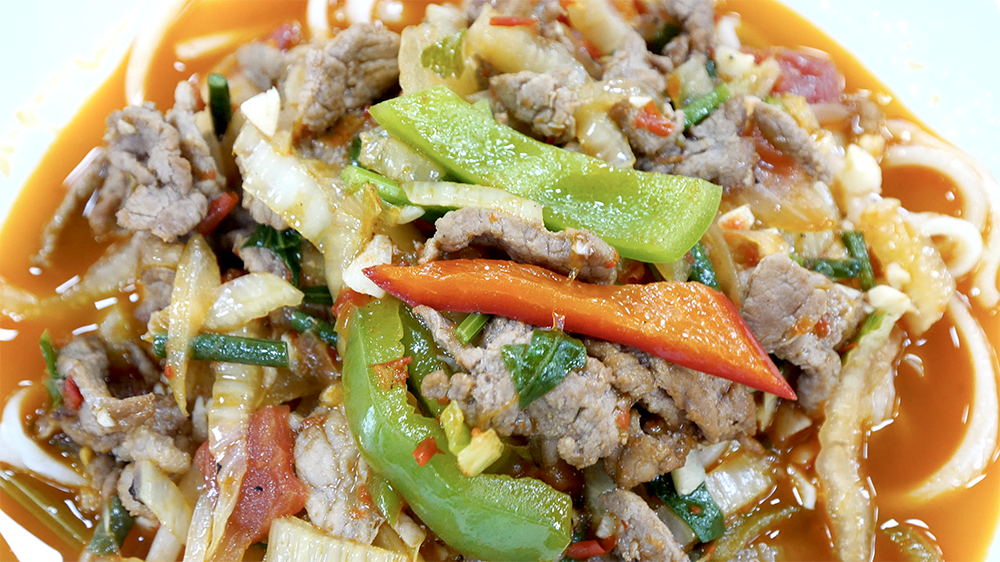 My ultimate Uzbekistan street food tour continued with the lagman. It was topped with fresh beef, vegetables, and sauce. The pasta was perfectly al dente and the noodles were thicker than glass noodles. It was dense, mild, and light on spices, but still so good! The lagman actually reminded me of Italian pasta! Fresh ingredients, made with love. You can’t beat it!

Then, we drove to the Old Town to the Khazrati Imam Mosque. Old Tashkent felt very different from the modern area. The streets were narrower and it felt more like the countryside, with smaller houses. The mosque dates back to the 16th century and is massive! There are two minarets, and the mosque houses one of the oldest Korans in the world! It’s from the 7th century and is a national treasure. 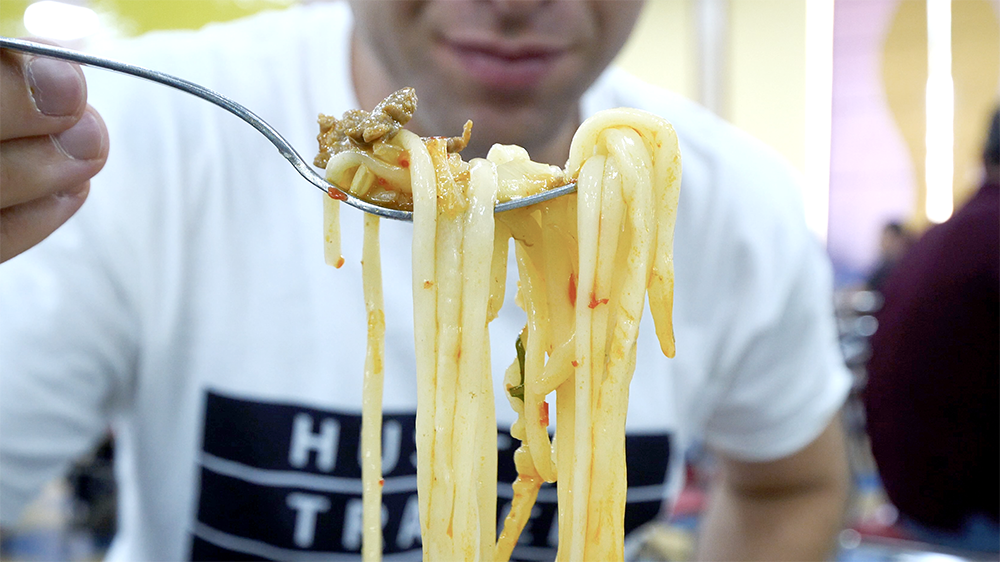 We walked through the complex to a small, family-run shop in a handcraft bazaar where they were making jewelry boxes, seats, plates, and more. I bought some jewelry boxes for my wife and daughters for 650,000 som/roughly $68 USD, but he gave me a discount! 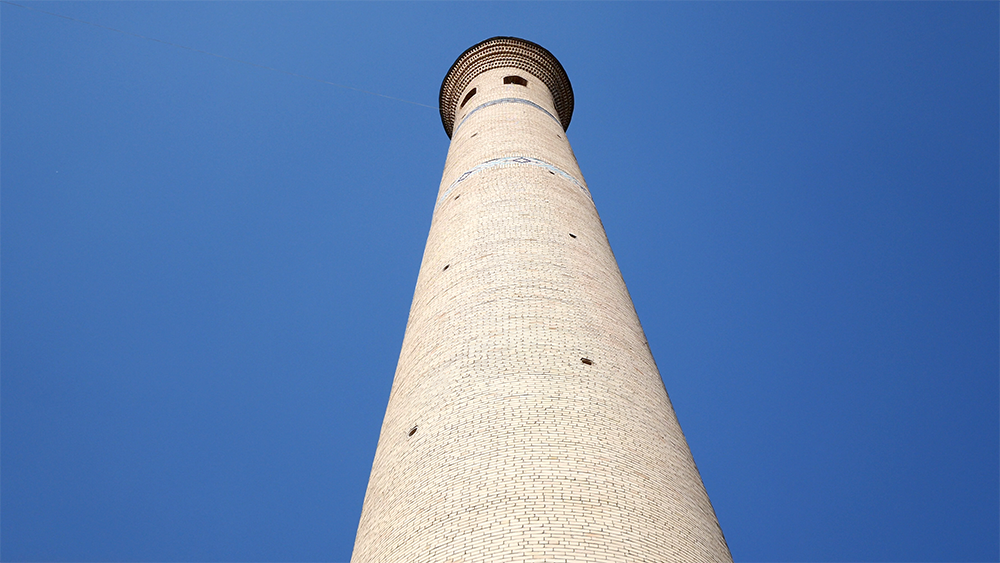 I hope you enjoyed my ultimate Uzbekistan street food tour of Tashkent! If you did, please give it a thumbs up and leave a comment below. Also, please subscribe to my YouTube channel so you don’t miss any of my upcoming travel/food adventures!