After arriving in Yerevan in the wee hours of the morning, I woke up bright and early to begin my 10-day adventure through Armenia with Armenia Travel. Come along with me as I try Armenian lavash for the first time and visit the Matendaran Museum in Yerevan, Armenia! 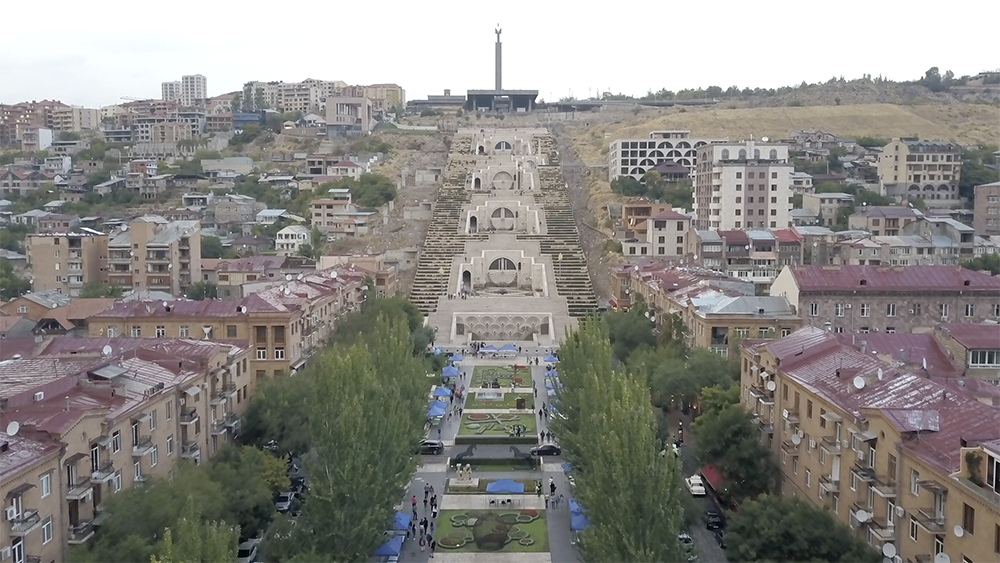 My day started on the balcony of my hotel room in Yerevan. I couldn’t believe I was actually in Armenia, my 75th country! It had been on my bucket list for two decades! I would head out soon to visit a museum that houses the biggest collection of ancient manuscripts in the world! 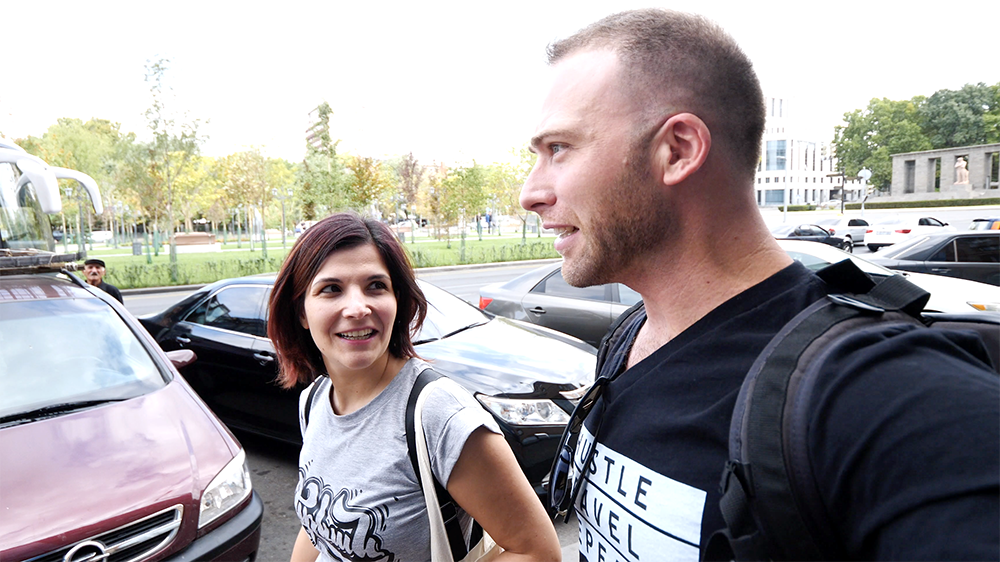 I met up with my guide, Gayane from Armenia Travel. We drove through the center of Yerevan. There were lots of beautiful buildings in the Soviet style, but some were also modern. Yerevan is one of the oldest cities in the world! It’s 2,800 years old but the area has been continually inhabited for 8,000 years!

The Matendaran is a huge, beautiful museum that was built in 1957. Outside is a statue of the founder of the Armenian alphabet. They use both the Latin and Armenian alphabets here. The museum houses over 17,000 manuscripts. They also restore manuscripts there. Outside the door are statues of 6 prominent scholars, including the man who wrote the history of Armenia and a philosopher and mathematician. 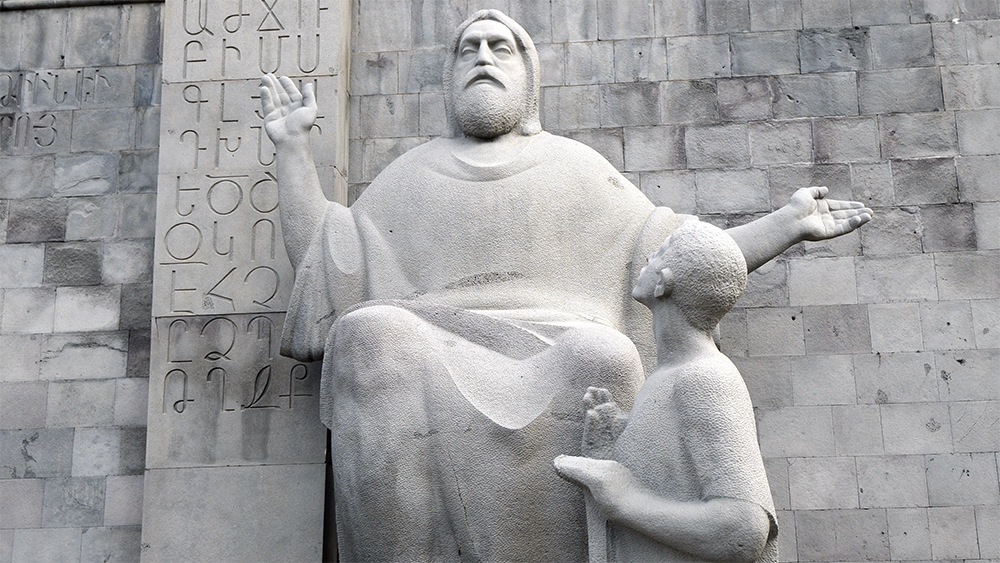 Inside, I met our museum guide, Nadia. Of the 17,000 manuscripts, only 1% of them are available to be viewed by the public. The Armenian alphabet was created in the year 405. The alphabet didn’t have numbers until the 16th century. They used letters as numbers. 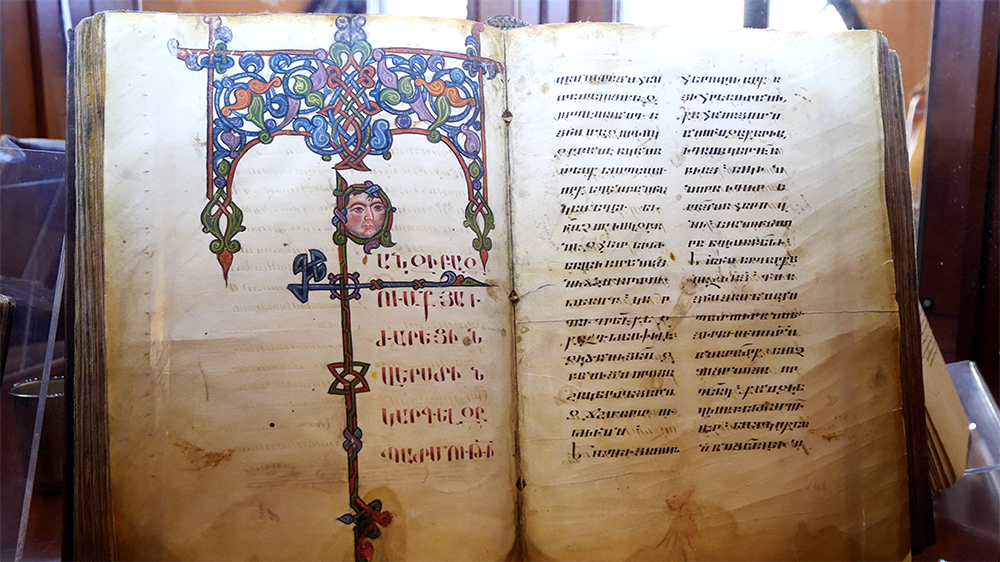 There were several ancient, beautiful manuscripts, including some made of parchment, which had to be written on several times. There was even a petrified manuscript, as well as the largest and smallest manuscripts in the country. The largest is 28 kilos and 600 pages, while the smallest is a church calendar that can only be read using a magnifying glass. 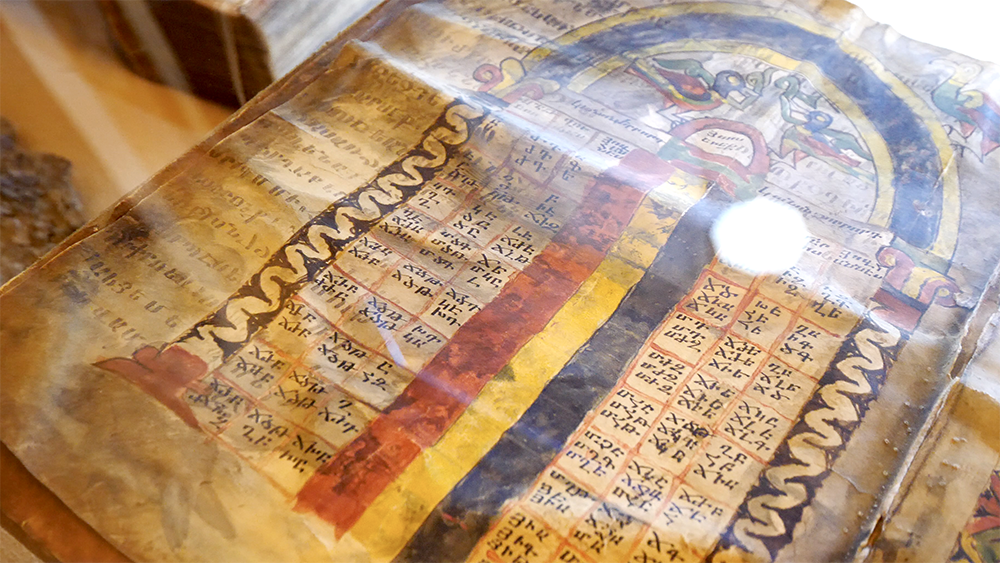 I also saw the first printed Armenian book from 1512 and the first printed Bible from 1666. They started coloring the manuscripts around the 8th centuries and the dyes were made from all kinds of materials, including garlic, insects, and copper oxide!

Check out Top 10 Things to See and Do in Istanbul, Turkey

I also saw an impressive ivory book from the 6th century. It was incredible! There are only 3 of them in the world. There was also a gilded book with gold and silver binding, a manuscript of criminal law, a huge silver Bible, and more! You can also see restored manuscripts that were deteriorating and were refurbished! 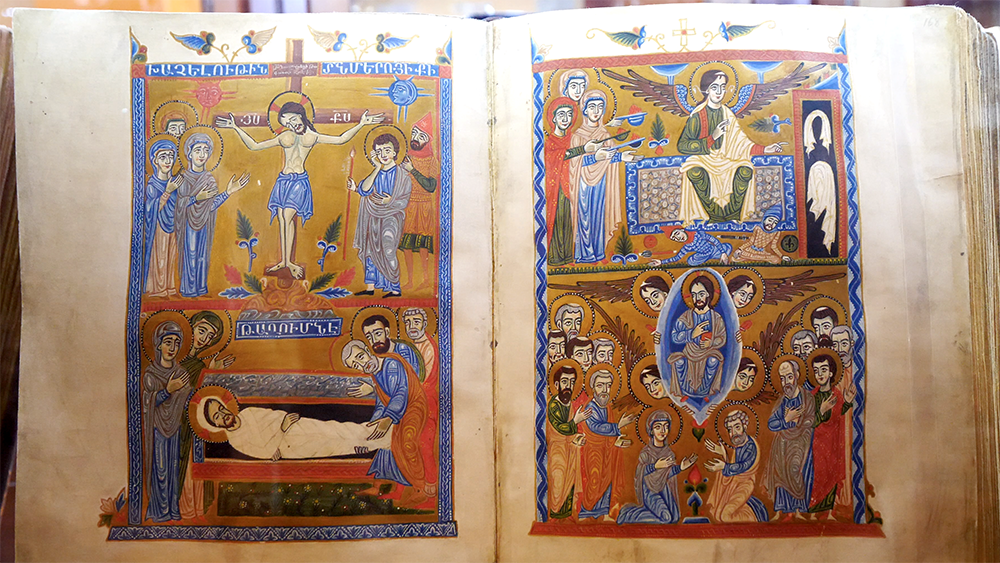 You can see how they made the dyes for the books in another hall, including the herbs and insects used to make them. There are printed books here as well, which were printed in Venice and Amsterdam. Most of the silver books were New Testaments. 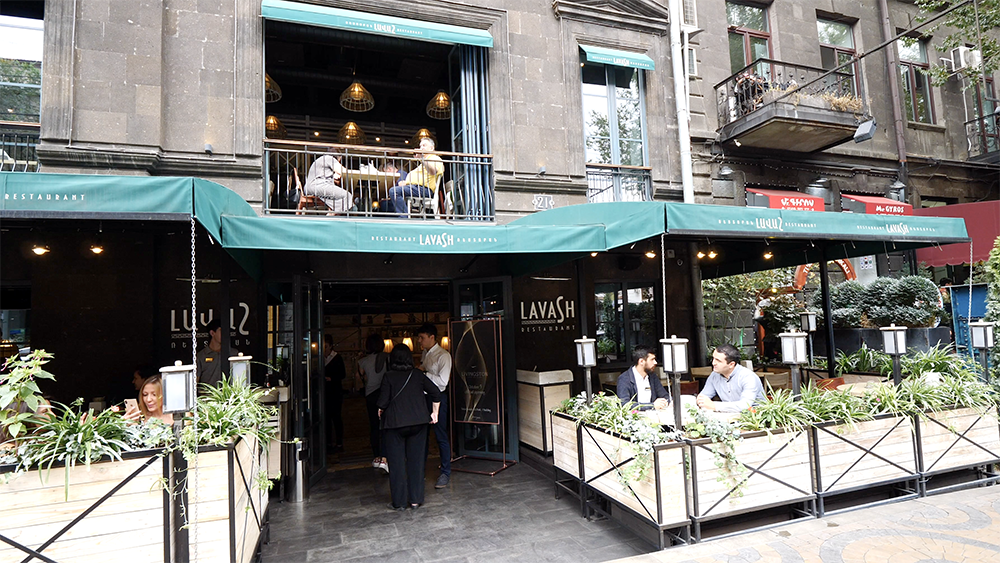 Then, it was time to eat lunch at Restaurant Lavash! Lavash is an Armenian flatbread. We followed a long, wide street to get there. We passed lots of retail and apartments on the way. I couldn’t wait to try some Armenian lavash in Yerevan, Armenia for the first time! 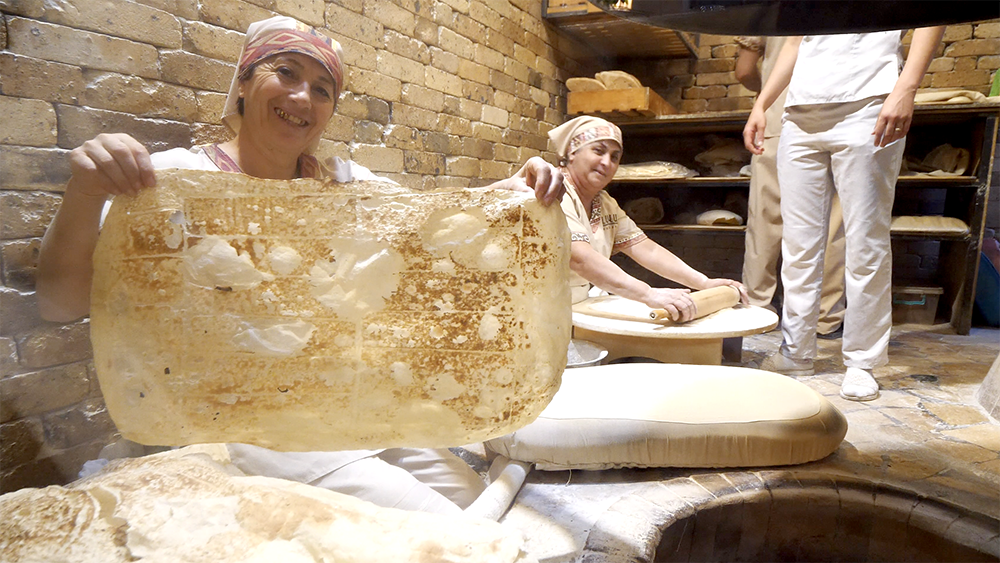 I loved the setting in Restaurant Lavash, which is part of a group of restaurants that focuses on traditional Armenian cuisine. Next to our table, I could watch them make the bread and bake it in a tandoor. They had an extensive menu with lots of food and wines. I could wait to try them! 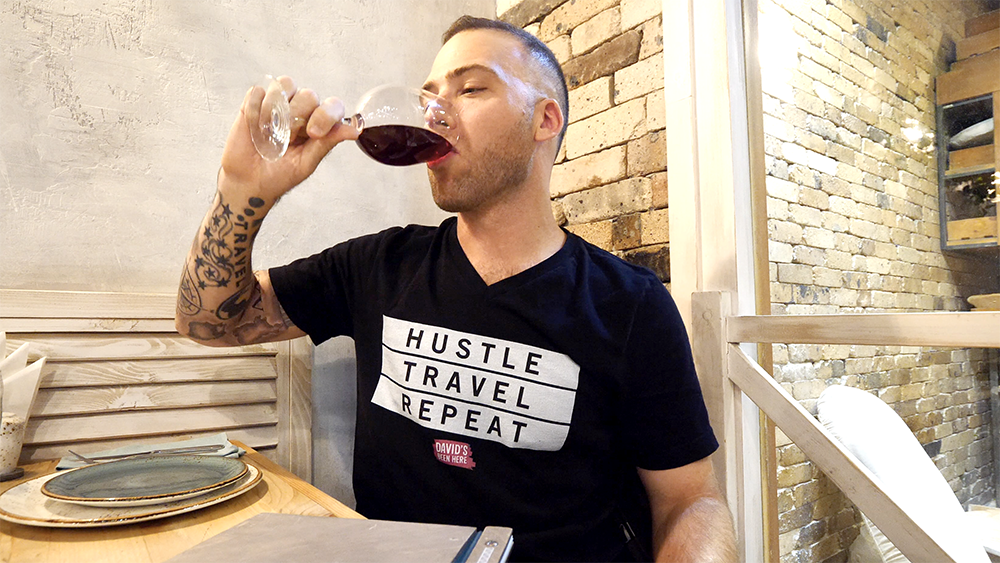 I started with some delicious homemade pomegranate wine. I’d never had it before. It was the house wine and was so good! I was in love with it!

Check out the Things to See and Do in Canakkale, Turkey

Then, I had some lavash, puri (Georgian bread), a walnut paste, and Greek salad with walnuts, olives, and tomatoes. Then, there was also an Asian salad. The Greek salad had some delicious, string-cheese-style feta cheese and I loved the crunch from the walnuts. I liked that it didn’t have cucumbers, which I don’t really enjoy. 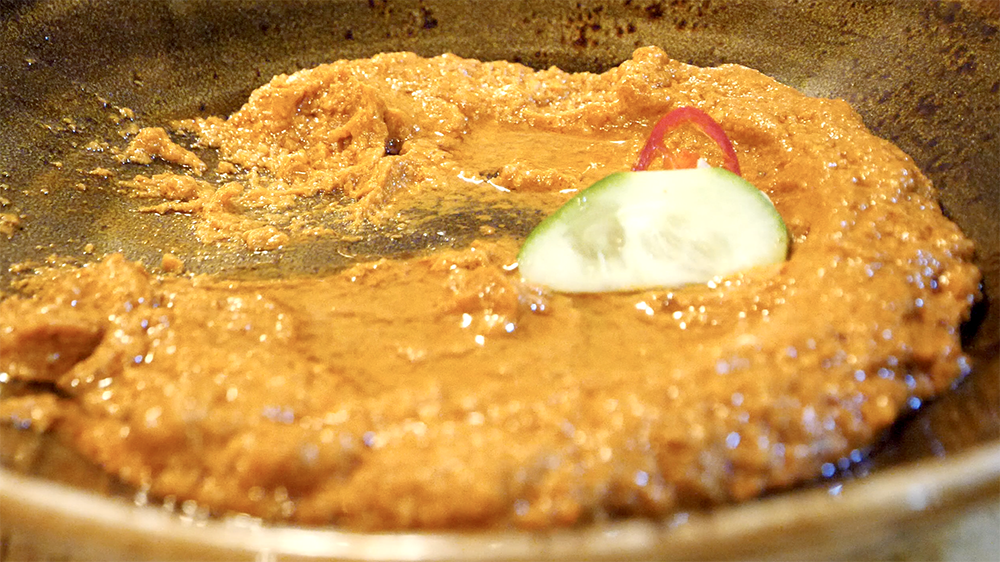 The walnut paste was almost like hummus and had cucumbers and tomatoes. You eat it with the puri, or Georgian bread. I loved it! It was full of walnut flavor that comes out later and had a nice texture with oil. The lavash was super thin and amazing with the walnut paste. It was thin like a crepe but different from a roti. It’s actually a UNESCO dish! Even though I was trying Armenian lavash for the first time in Yerevan, Armenia, I was already blown away by it! 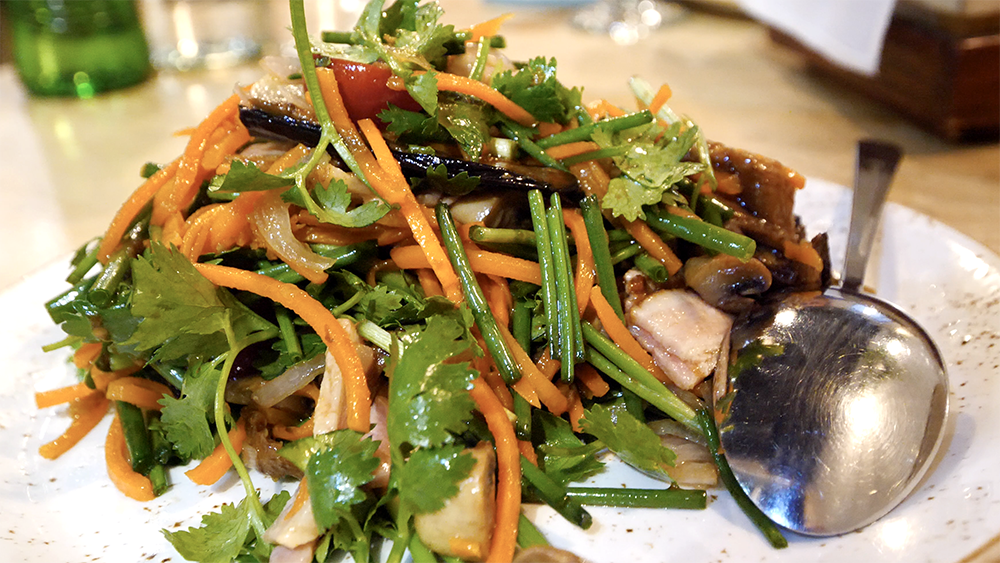 The Asian salad had eggplant, carrots, tomatoes, herbs, bacon, mushrooms, and a nice glaze. Armenia is big on meat. The salad was so refreshing and crunchy! The combination gave it a nice Caspian vibe! 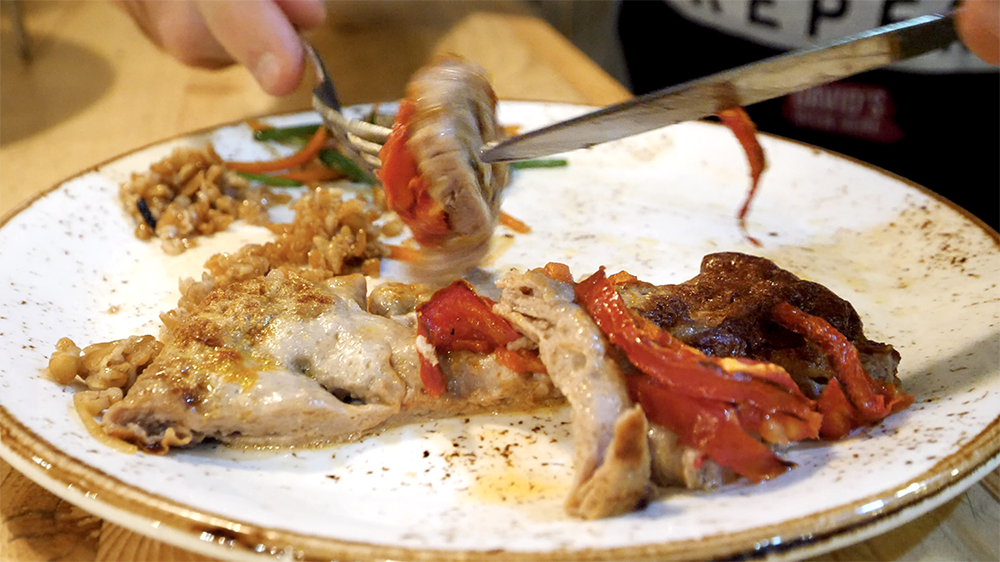 Next, I Armenian kufta, which is a beef and tomato dish that almost looks like eggs. It’s ground beef with an egg-like taste. It was super fresh and buttery. After that was Armenian porridge with mushrooms. It was dry and grainy, and really nice. I loved the mushrooms! Then, I had pumpkin stuffed with beef, beans, and vegetables. The beef was like a beef stew while the pumpkin was a little hard and dense. I almost never eat pumpkin, but I love this. It was super unique!

Check out my VIDEO: Top Things To See and Do in Cappadocia, Turkey

I followed that with a semi-sweet red wine made from pomegranate. It was super delicious and I could feel the alcohol in it. It has a brownish tint! 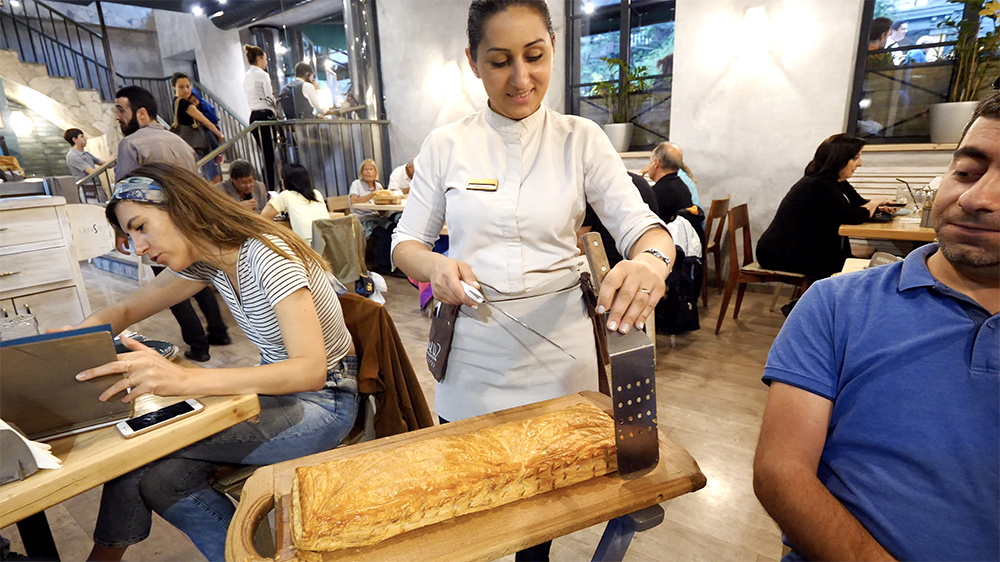 For dessert, I had some Armenian gata, which was part of the biggest gata in the world at 65 meters long! There was also a huge, Armenian version of baklava called milfoy. I had some super strong Armenian coffee before I dug in. 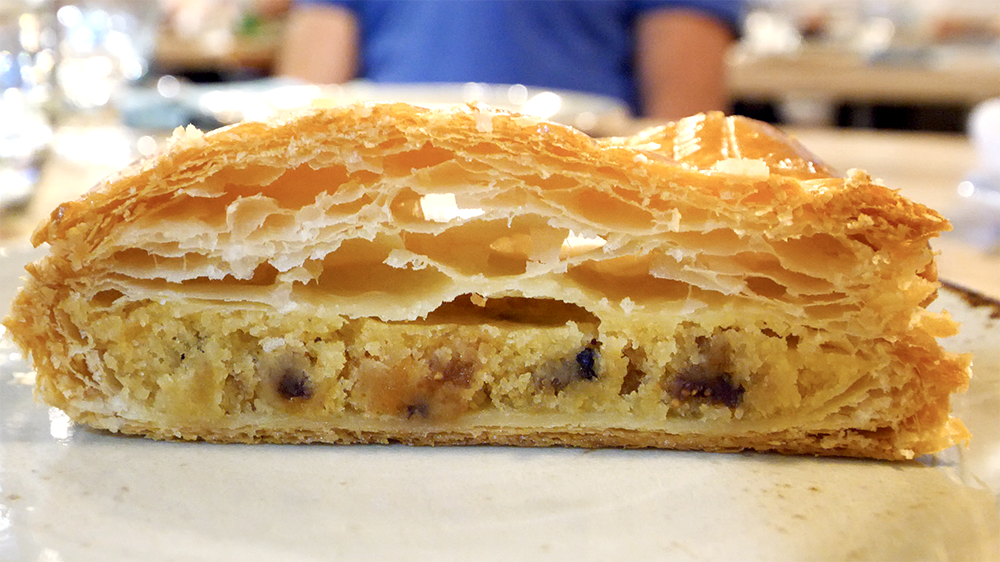 The gata is stuffed with dried fruit and has lots of layers of dough. The top is crunchy, while the inside is very creamy and delicious! The milfoy has lots of nice cream in it. It’s a delicious, layered cake. It reminded me of Greek baked dishes with all the layers and cream! 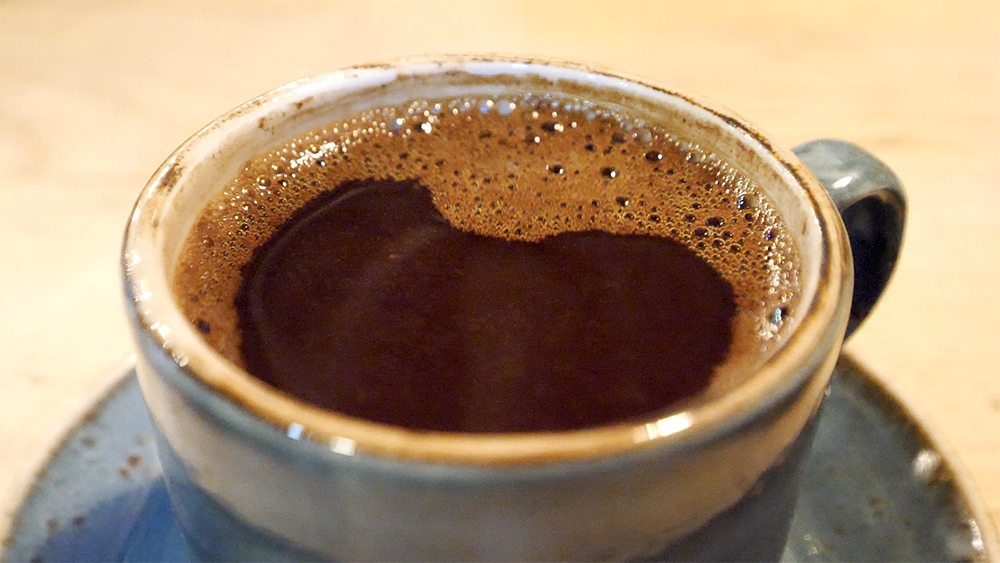 Wow! What an incredible meal! Trying Armenian lavash in Yerevan, Armenia blew my mind. All of the dishes were insanely delicious, and the pomegranate wine was on a whole other level. You have to go to this restaurant when you visit Yerevan! 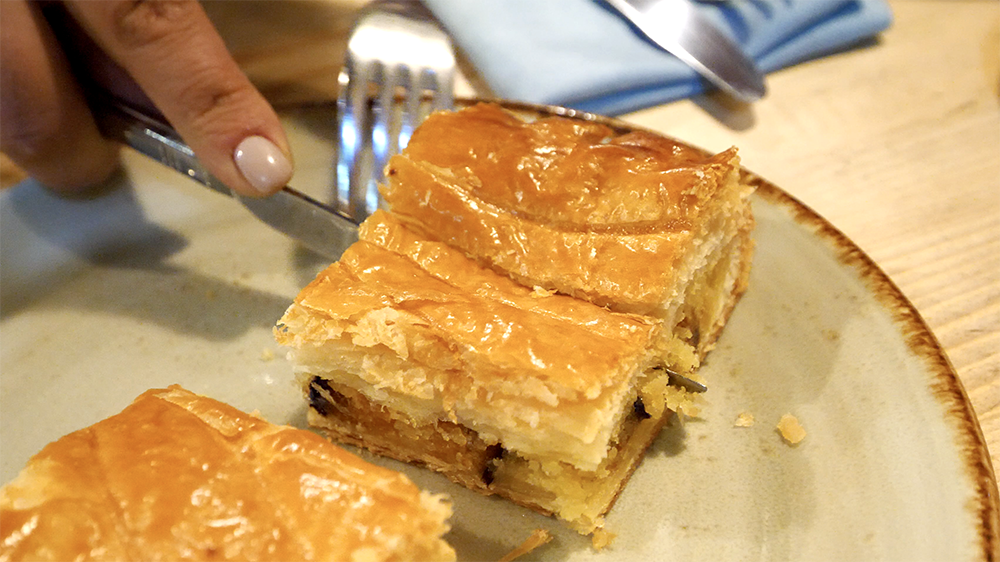 I hope you enjoyed visiting the Matendaran and trying Armenian lavash for the first time with me in Yerevan! If you did, please give this video a thumbs up and leave a comment below. Also, please subscribe to my YouTube channel and click the notification bell so you don’t miss any of my upcoming travel/food adventures! 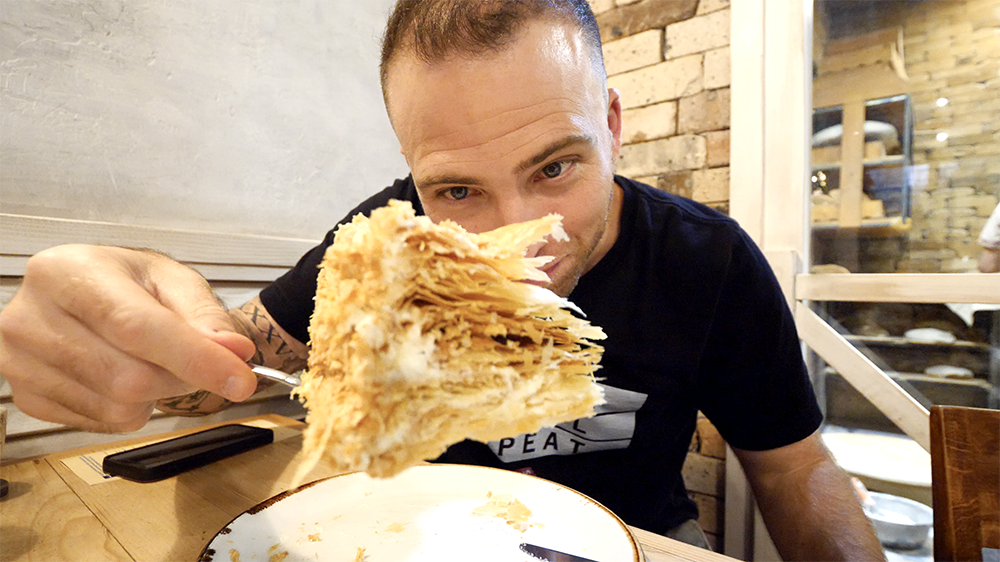