As my time in Lahore continued, I finally checked out its beautiful old town! Come with me as I explore the walled city of Lahore, Pakistan; try tons of delicious Pakistani street food; and visit some local attractions!

My local guide Adil and I started out at the Delhi Gate just outside of the walled city. I couldn’t wait to see everything! 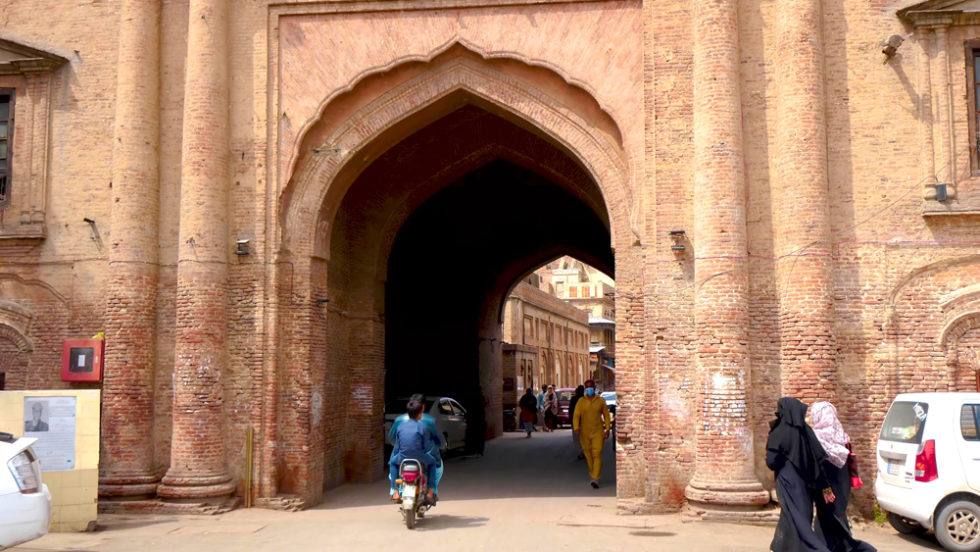 The Delhi Gate faces the city of Delhi in India. It was my fourth day in town, but I was only just now getting to visit the walled city, which is the oldest part of town. The two- to three-story buildings and multitude of vendors reminded me of the medinas in Morocco! 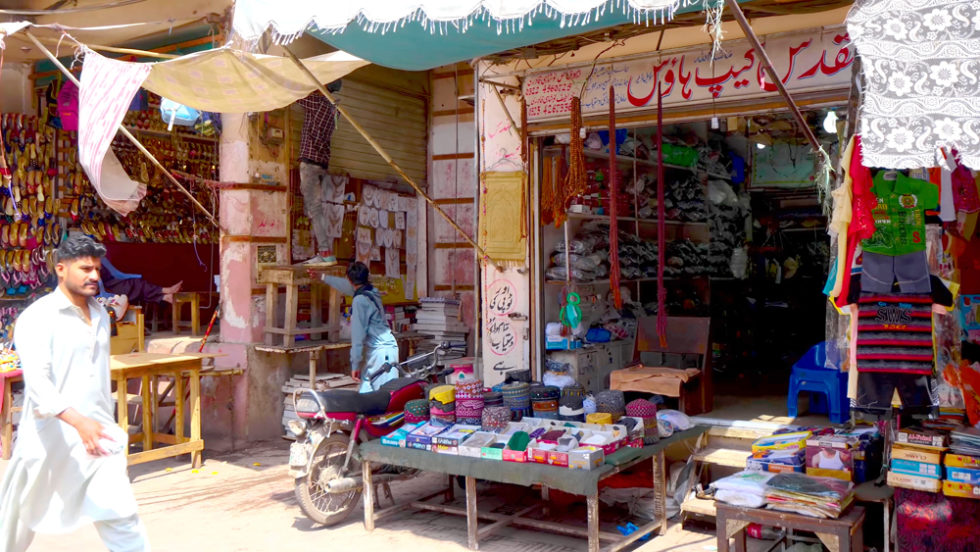 Our first noteworthy landmark was the Shahi Hammam (also known as the Wazir Khan Hammam) royal baths, which was built by Shah Jahan, the Mughal emperor who also built the Taj Mahal. It’s one of the oldest baths on the Indian subcontinent and is now a UNESCO World Heritage Site! 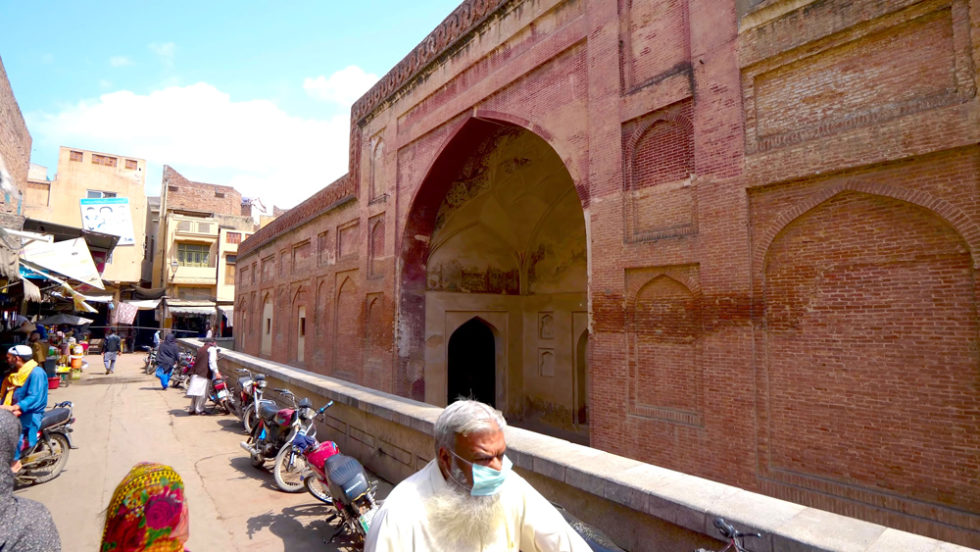 But before we went inside, we checked out the spice bazaar. It was built by the third Mughal emperor, Akbar the Great, who started the spice trade between Lahore, Delhi, and Calcutta. 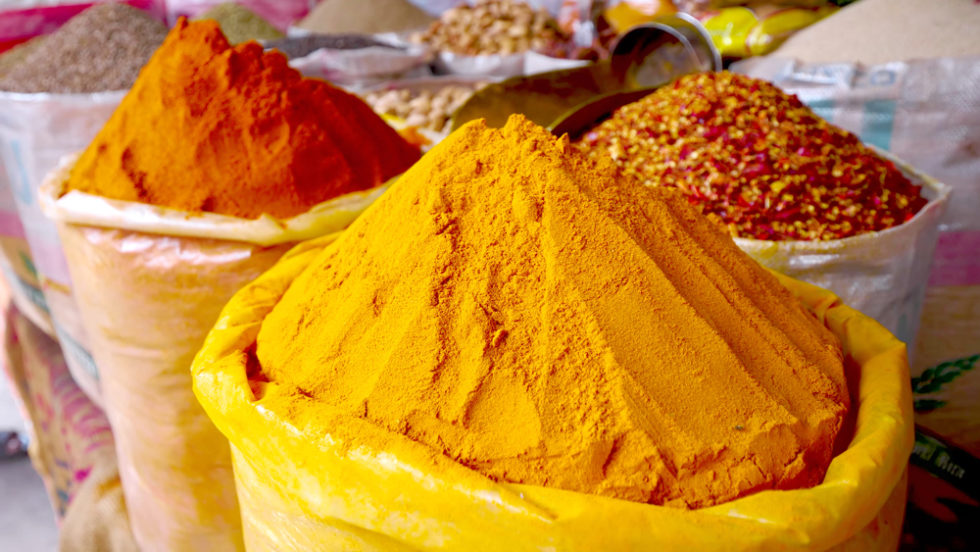 I could see vendors selling red chilies and black pepper, which was referred to as “black gold” during the spice trade. They also sold rice—there are more than 70 varieties in Pakistan!

Then, we visited the Shahi Hammam! It costs 400 rupees for foreigners to enter, 50 rupees for locals, and 20 for students. Inside is 350-year-old red sandstone from Jaipur, the Pink City. It’s cold to the touch! It serves as insulation! 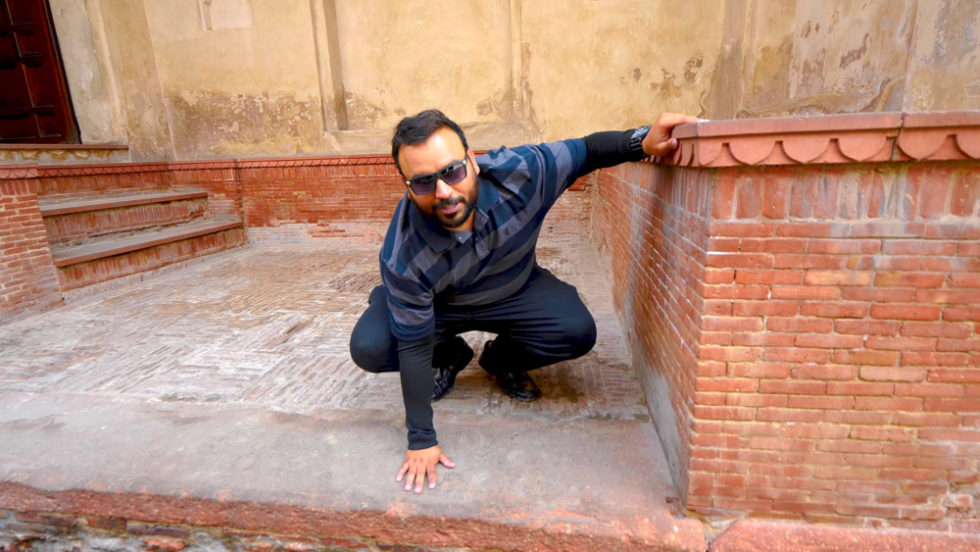 The site’s entryway reminded me of Roman baths I’d visited. The bathhouse was open 5 days a week for men and one day a week for women. There are beautiful frescoes inside the site’s 9 rooms. There were once 21, but some have been demolished or destroyed. The site was stored back in 2015. 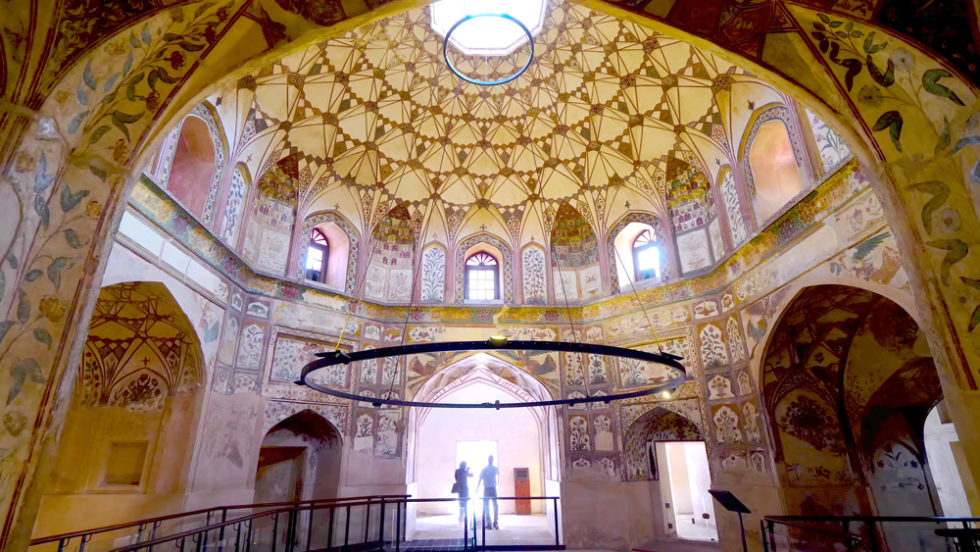 One of the rooms is covered in plaster because the British wanted to turn it into a church. Their efforts failed because there’s a mosque inside and people objected to it. The frescoes in this room have been covered up and destroyed. 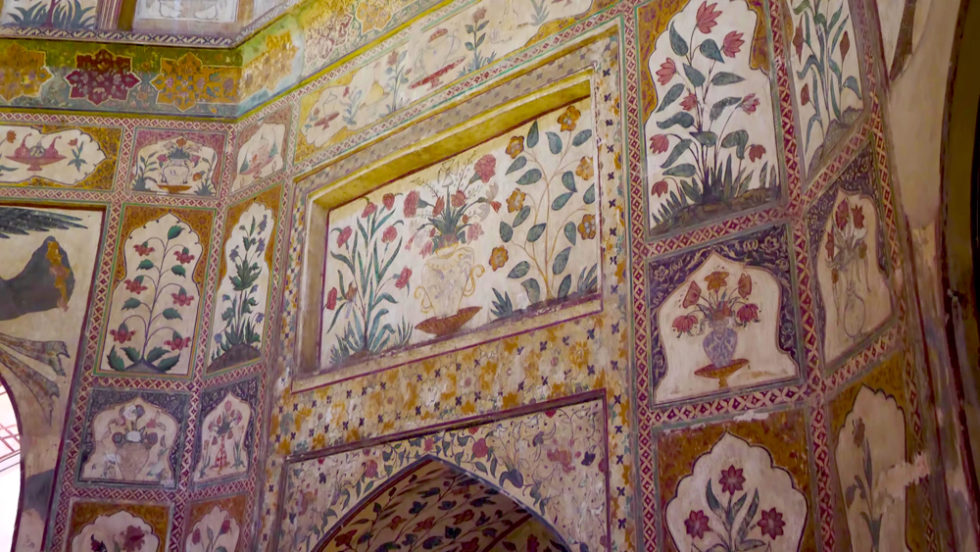 They built some waterfalls to serve as a shower, and there’s also a sauna with marble floors. Past the royal baths is the bazaar! 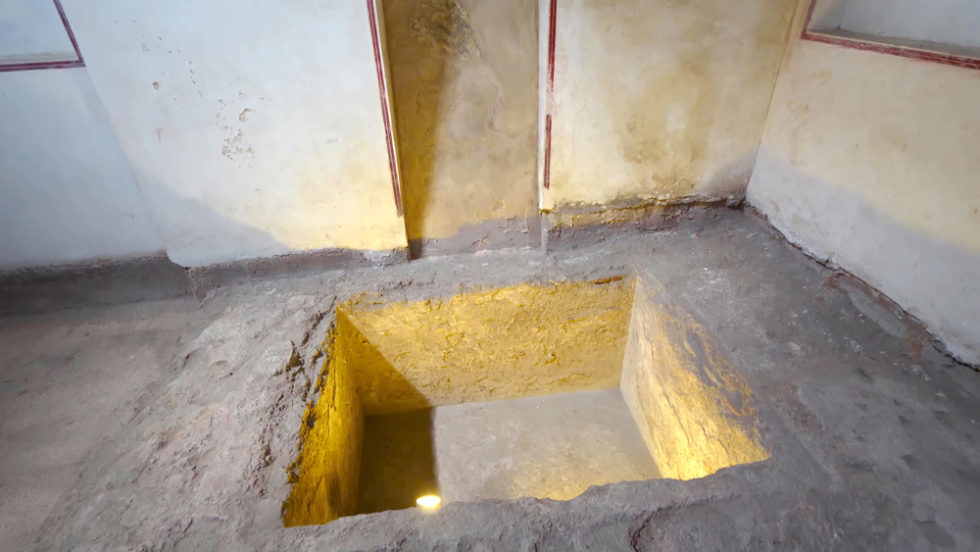 The vendors outside sell everything from shoes to spices to fabric. The alleyways are tight and are lined with beautiful buildings. The main street has lots of fabric shops. There, we met back up with my guides Adeel and Rashid from Manaky, and I met some of Lahore’s famous wrestlers! Everyone I met was so nice!

Then, we came across a vendor selling a qeema patty with ghee and egg, naan, and a mint chutney. It was super spicy and amazingly tasty! I also loved how hot it was, temperature-wise. It was fantastic! 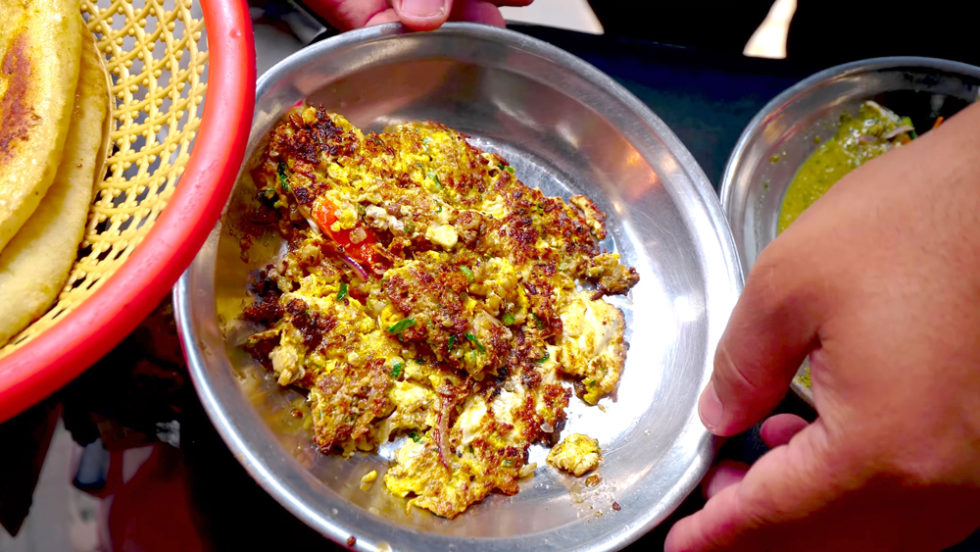 The egg held the beef together, and there were so many delicious spices in it that gave it amazing flavor! The chilies and vegetables were outstanding! The only thing was, the fumes from the chilies is really strong! After eating, we headed past more vendors selling shoes, traditional slippers for kids, and more. I got some slippers for my daughters and my niece for $5 total. 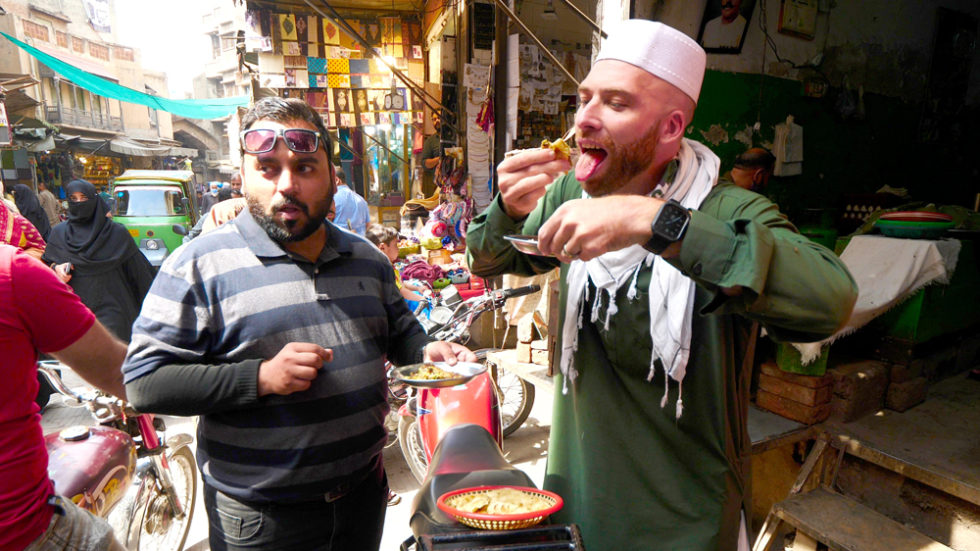 Then, we passed kulfi and orange juice vendors. The juice was nice and cold and contained a lot of pulp. I loved how fresh it was! Then, our tour of the walled city of Lahore, Pakistan continued at Wazir Khan Mosque. Shah Jahan built it roughly 370 years ago in 1634. It reminded me of some I’d seen in Uzbekistan. 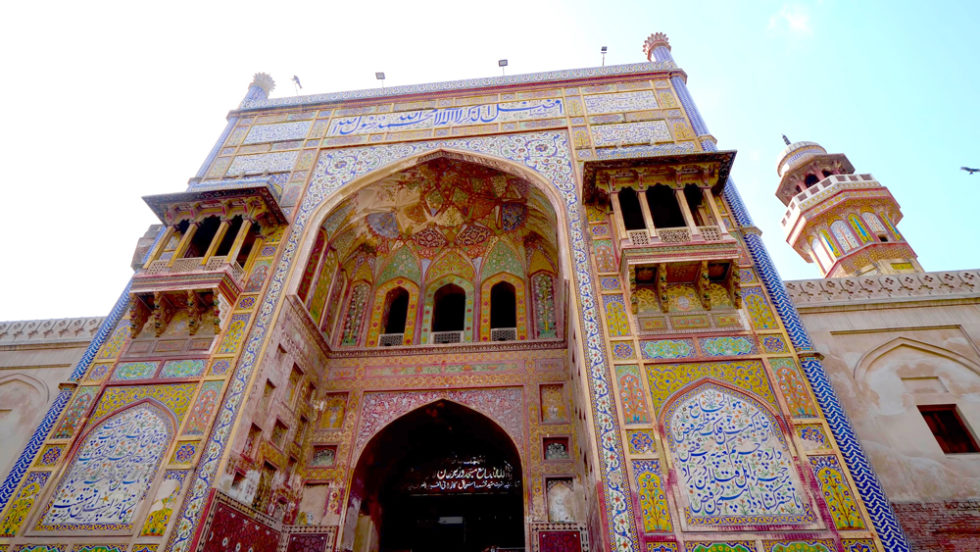 On the outside is Persian calligraphy. It was so colorful, with lots of floral patterns and painted mosaics. The colors made it so beautiful and unique! Inside, I took off my shoes and entered the courtyard. Surrounding it are four minarets, five domes, and five arches. The domes represent the Islamic vault of heaven and the arches represent the five prayers made per day.

Inside the courtyard are beautiful mosaics. It took seven years to build the mosque. Painstaking work went into creating the mosaics. Through the arches are gorgeous frescoes. I couldn’t believe how colorful the frescoes and minarets were! It’s such an amazing mosque. 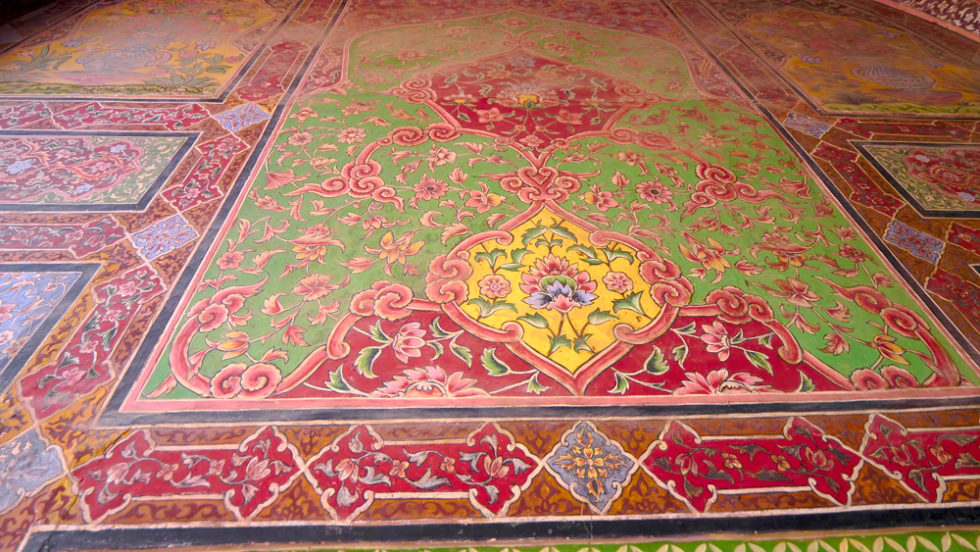 Back outside, we made it to a 150-year-old woven market. The vendors make woven chairs and baskets and others sell different materials, including wood and metal. I got some woven plates and a bread basket! 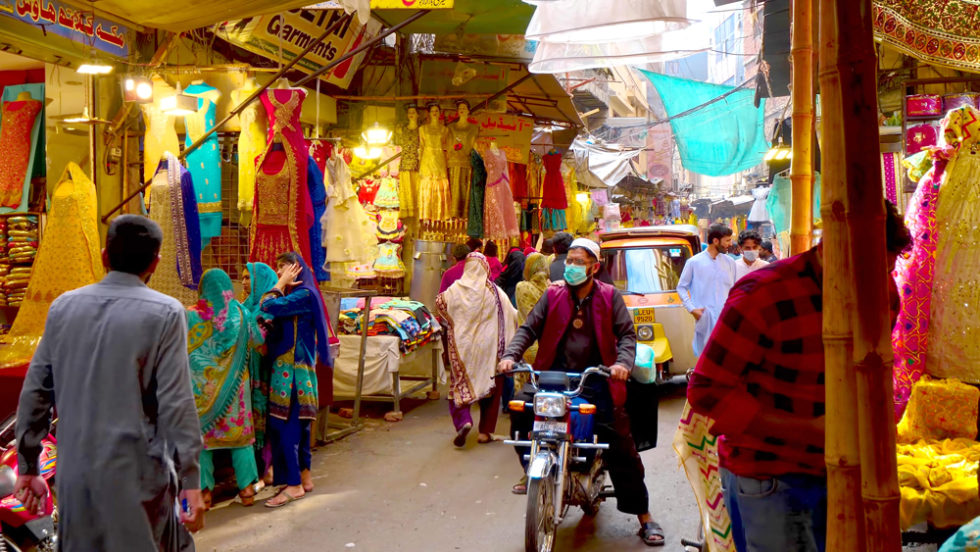 Then, we stopped at a vendor selling delicious beef kababs and naan. It came with an incredible apricot chutney that was both sweet and spicy. 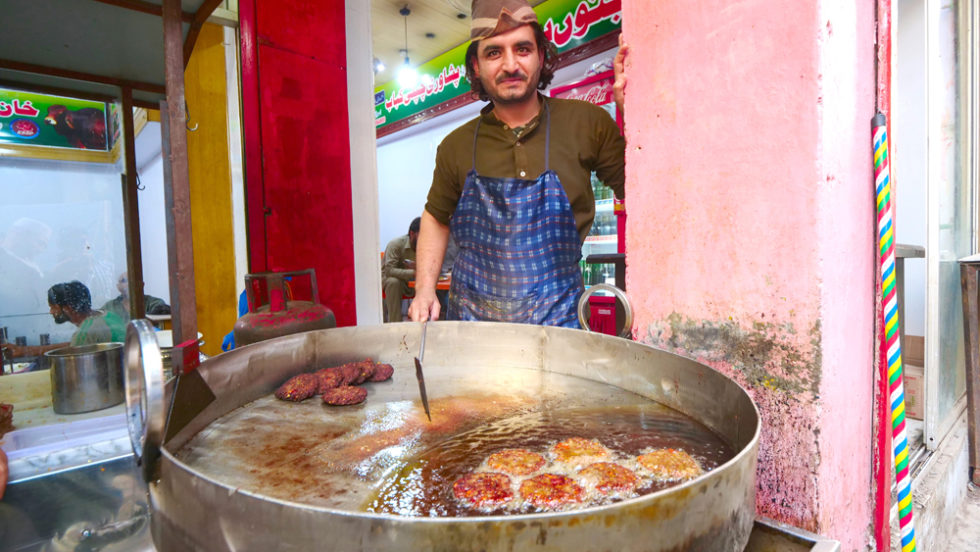 The meat was slightly charred but still soft on the inside. Combined with the chewy naan, it was downright heavenly. 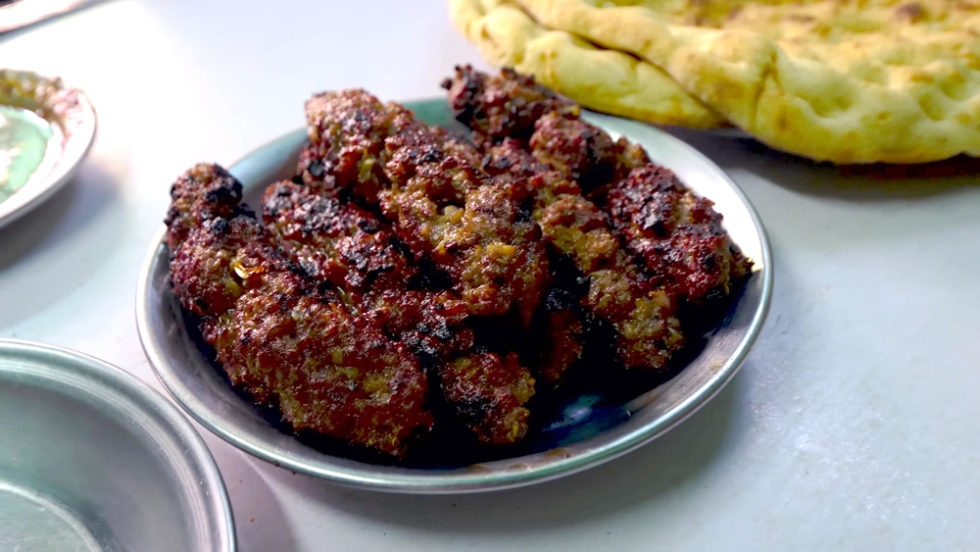 I loved the onions in the chutney, which was a true game-changer. The fruity flavor paired with the acid from the onions had my mouth watering! 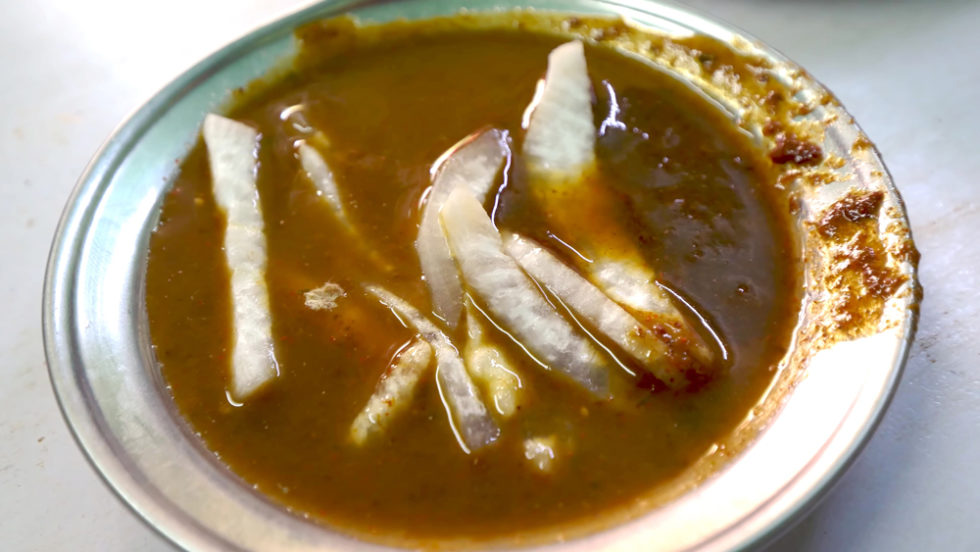 Then, back in the market, we saw a unique open-air tuk-tuk and then saw an old British church before ending our tour of the walled city of Lahore, Pakistan! 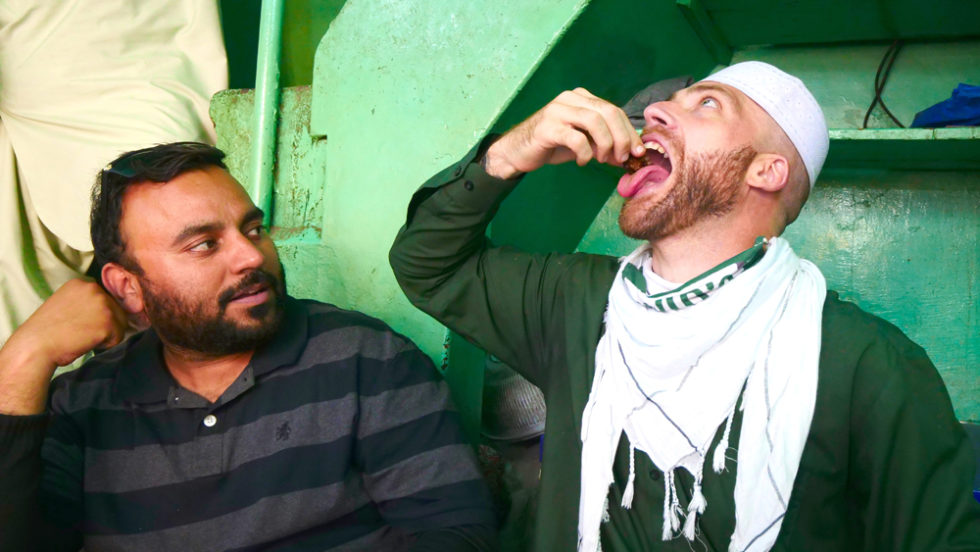 I hope you liked coming with me to explore the walled city of Lahore in Pakistan! If you did, please give this video a thumbs up and leave a comment below. Also, please subscribe to my YouTube channel and click the notification bell so you don’t miss any of my travel/food adventures around the world!